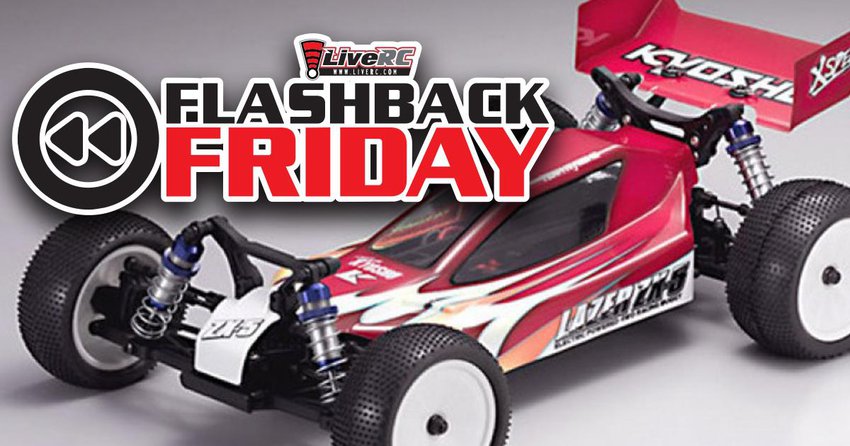 As Kyosho gets closer to releasing the all-new Lazer ZX-7 1/10-scale 4wd buggy, we’ve decided to take this opportunity to flashback to the release of the ZX-5, which marked Kyosho’s return to 1/10-scale off-road racing in 2005. Prior to the release, Kyosho underwent the restructuring process in the United States to form Kyosho America. After forming Kyosho America, the company hired legendary racers Mark Pavidis, Joel Johnson, and a number of others. Soon after the ZX-5 made its debut, the RB5 2wd prototype was already in the works.

The successful ZX-5 platform was built upon Kyosho's 15 years of experience with electric 4wd off-road cars, and was Kyosho's first shaft-driven buggy (all previous 4wd models were either chain or belt driven). The original ZX-5 platform stuck around for over six years as Kyosho engineers continued to build upon it by releasing multiple versions of the car including the ZX-5 SP, ZX-5 FS, ZX-5 FS2, and eventually the ZX-5 FS2 SP edition kit in 2011.

A lot has changed since 2005, and Kyosho has had great success since their return to 1/10-scale off-road racing including a 1/10-scale 2wd IFMAR World Championship title in the hands of Jared Tebo. A 1/10-scale 4wd IFMAR World Championship title however still eludes Kyosho. Building off of the ZX-5 and ZX-6, could the soon to be released ZX-7 be the car that will change that? We must wait to find out, but in the meantime take a closer look at the ZX-5 buggy that restarted it all for Kyosho nearly 13 years ago. 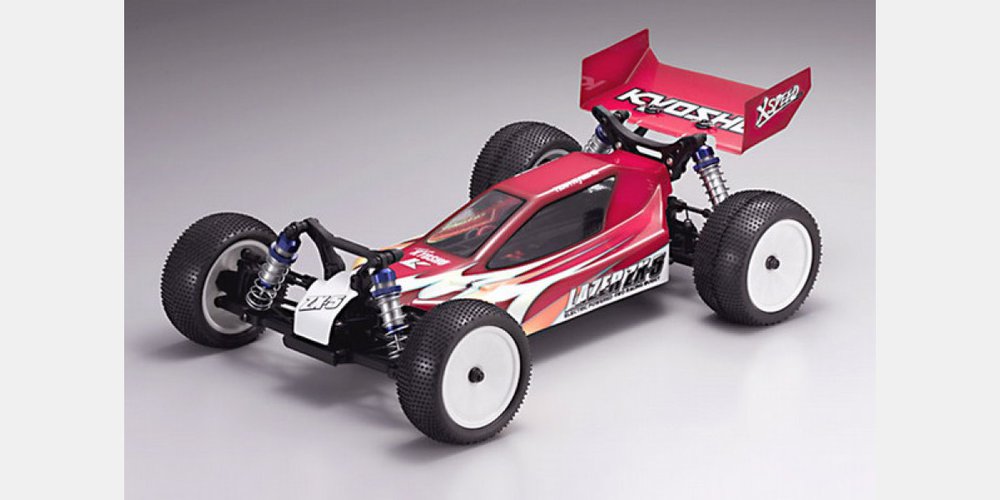 The world of EP buggy racing was once dominated by the speed of the Kyosho Lazer. The same racing philosophy has been applied with leading edge racing technology to produce the "Lazer ZX-5" 4WD racing buggy. 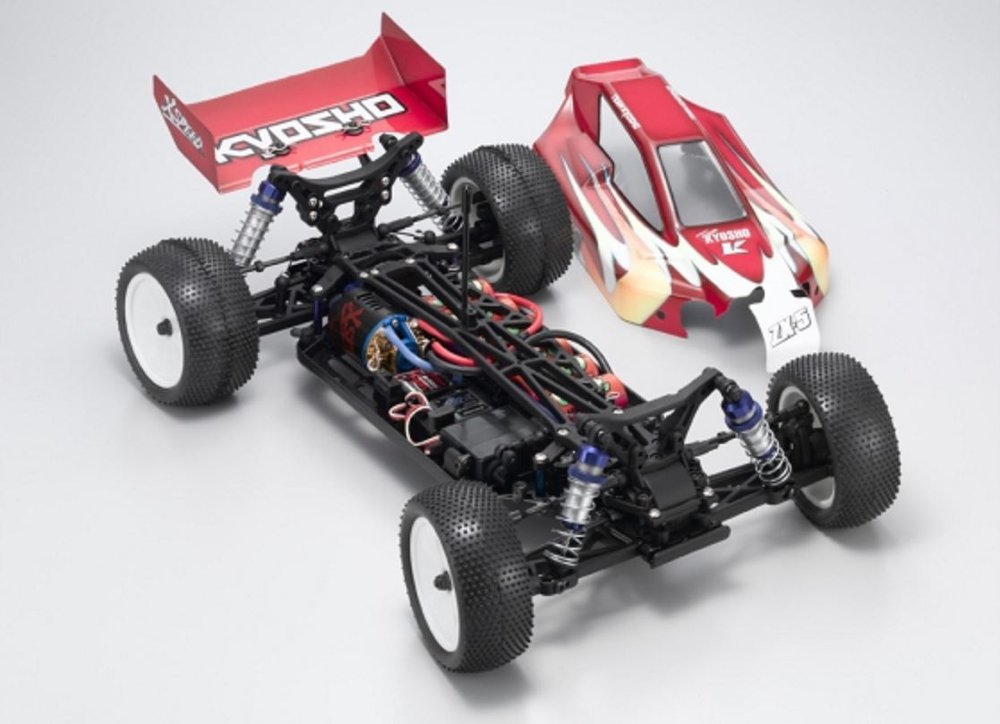 Its debut at the 2005 Japan Nationals saw two cars competing for the title in the A-main final and impress all with its high performance. Exceptional weight distribution and balance is achieved through the rear mid mounting of the motor and simple transmission and battery arrangement to produce excellent control characteristics in all areas. 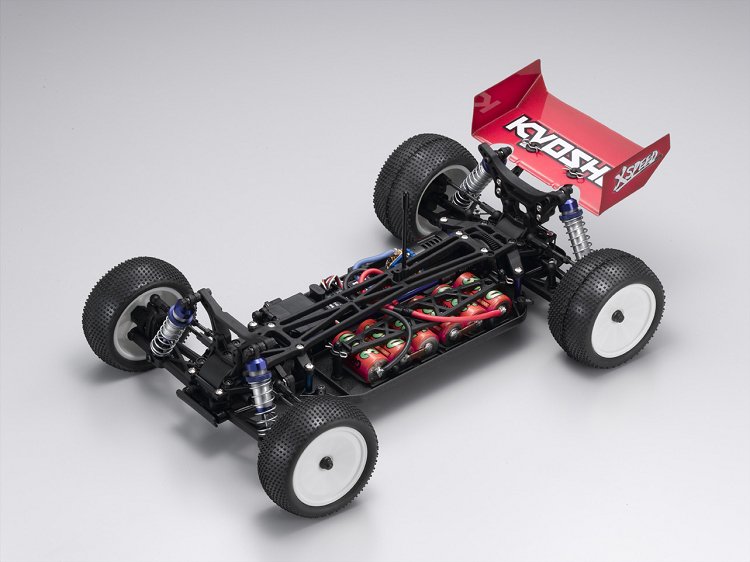 Also, the twin-cap Pro Shock units combine with the double wishbone in a suspension system that produces great footwork on any surface. In addition, the ball diff, one-way and 3 spool types (rigid) allow you to choose the front axle setup to fit your driving style. 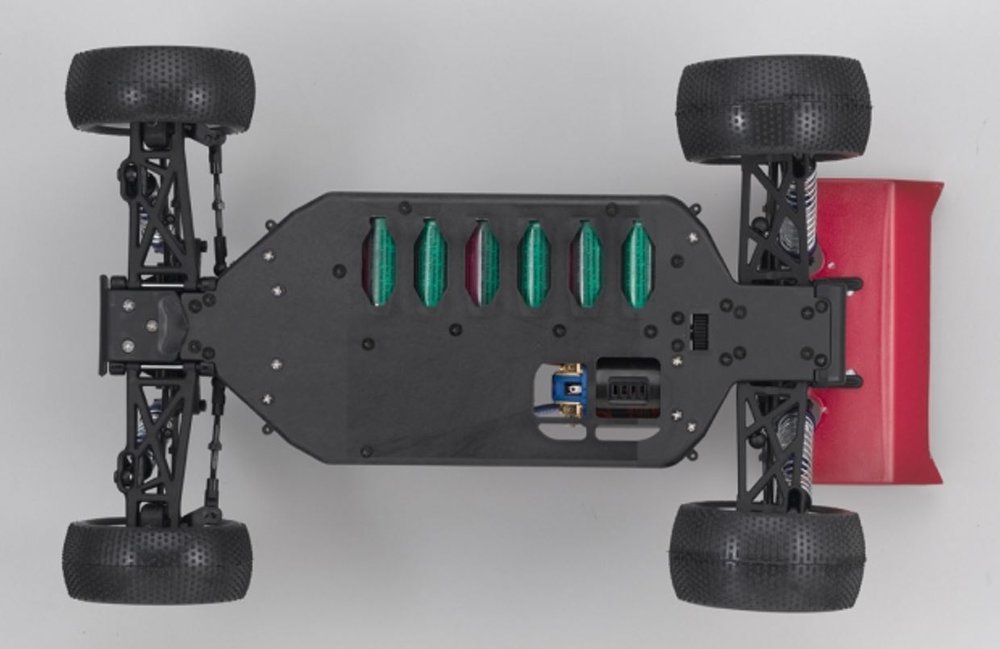 On every scale, this machine has what it takes to win races, especially the majors. The next chapter in EP buggy racing is about to be written: by the ZX-5!