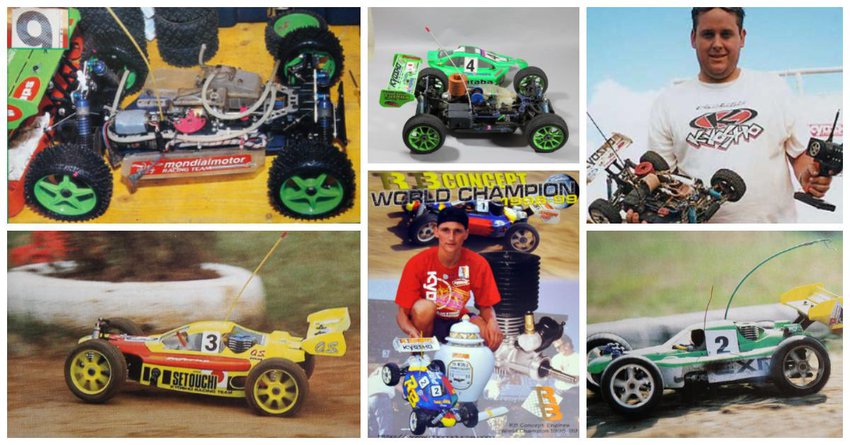 For today's Flashback Friday we travel back to Kyosho's IFMAR World Championship win streak which started in 1992 and didn't end until they were finally defeated in 2004.

The streak began in 1992 at the IFMAR 1/8 IC Off-Road World Championships in Usingen, Germany. Kyosho driver, Kokushi Toge from Japan, would take his newly released Kyosho Inferno (designed by Yuichi Kanai) to victory. 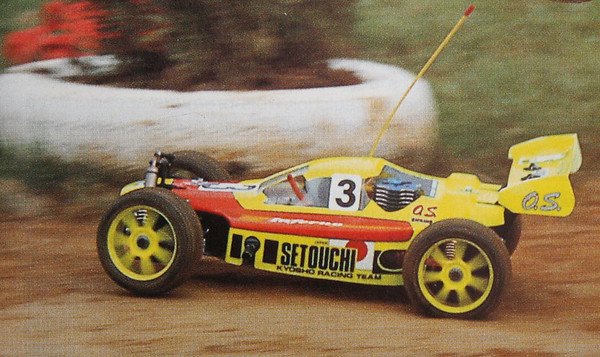 (Kokushi Toge on his way to victory at the 1992 IFMAR Worlds.) 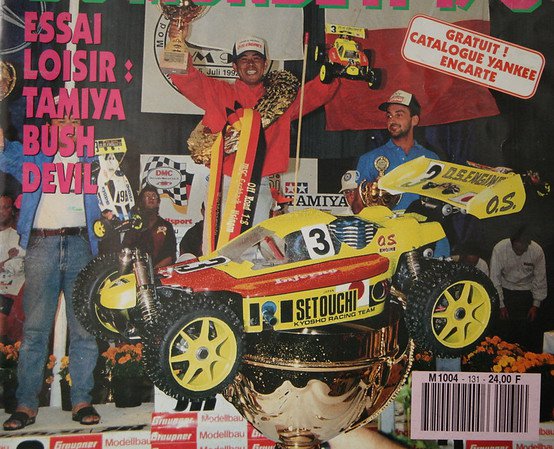 The 1994 IFMAR World Championships moved to Austria, saw the next generation in the Kyosho Inferno lineup with the "Turbo Inferno" buggy. Here it was Italian driver, Maurizio Monesi, who would take the win - making it two in a row for Kyosho. 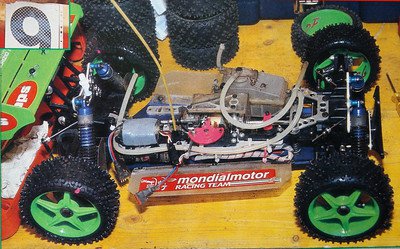 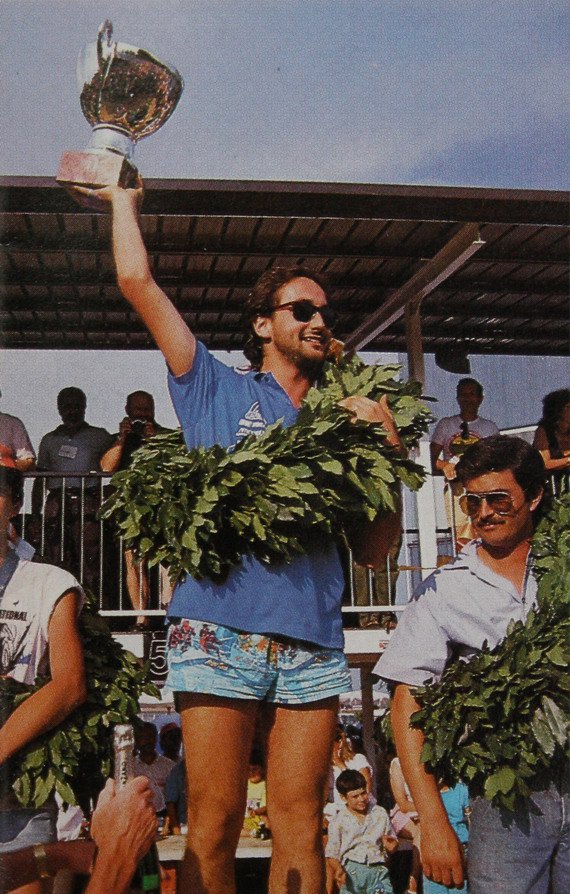 The 1996 IFMAR Worlds, held in Hampshire, England, once again saw a new generation Inferno buggy on grid - the Inferno MP5. This would be another win for Kyosho and Italy, but this time in the hands of Alex Laffranchi. 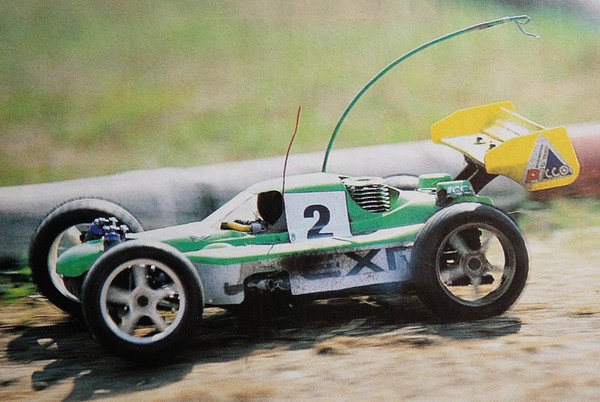 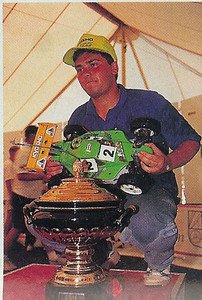 (Laffranchi and the new MP5 in route to the top step of the 1996 IFMAR Worlds podium.)

Looking for four in a row, Kyosho continued development on the MP5 (eventually leading to the MP6). The 1998 IFMAR World Championship was held in Portugal, and the win streak was kept alive as German driver, Daniel Reckward, secured the win. 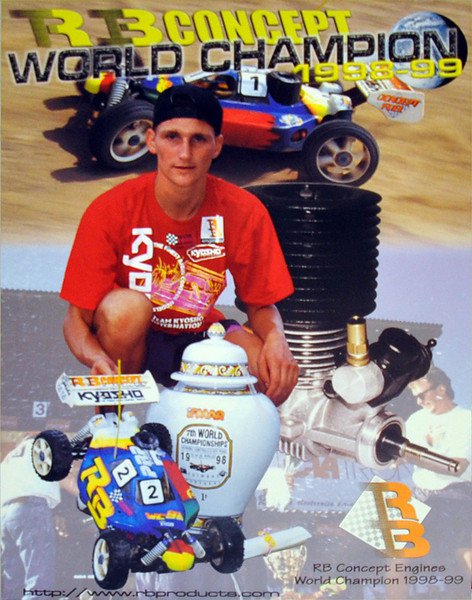 The 2000 IFMAR Worlds were held in Las Vegas, Nevada. The American's were all hopeful for a win on their home turf, but instead it was the Kyosho Inferno series designer, Yuichi Kanai, who would take home the gold with the new MP7.5 buggy. 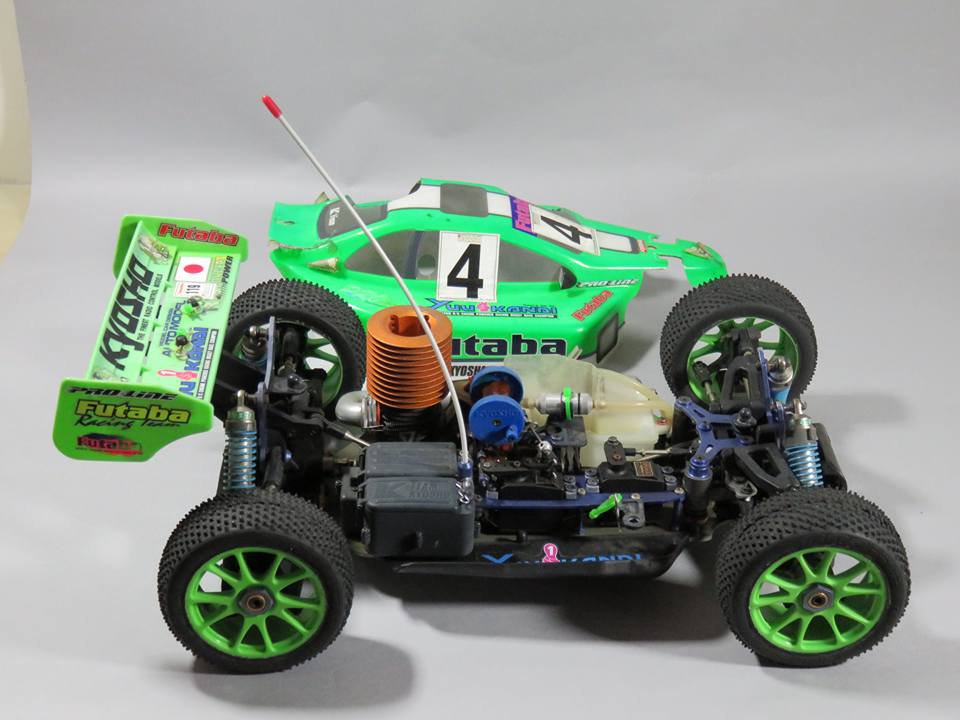 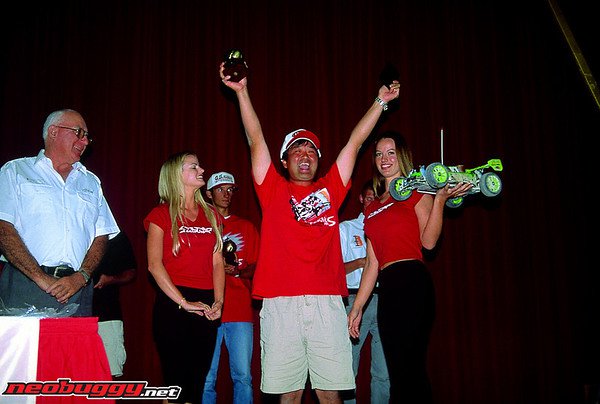 The American, Greg Degani, would take his Inferno MP7.5 and win the the 2002 IFMAR Worlds held in Uruguay. The year 2002 would NOT be the last IFMAR World Championship win for Kyosho, but it would be the last of this win streak which ended after being defeated by Mugen's Guillaume Vray in 2004. 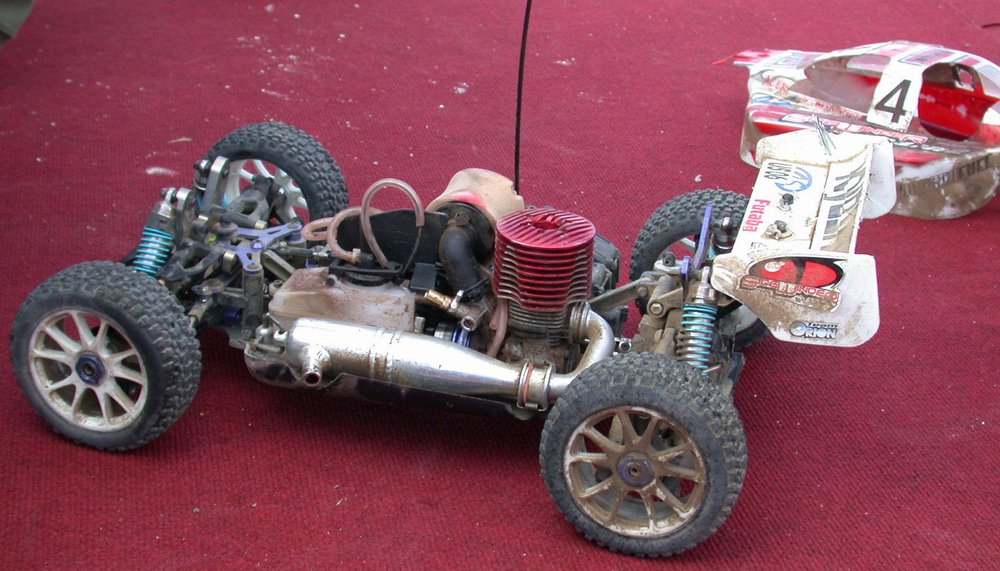