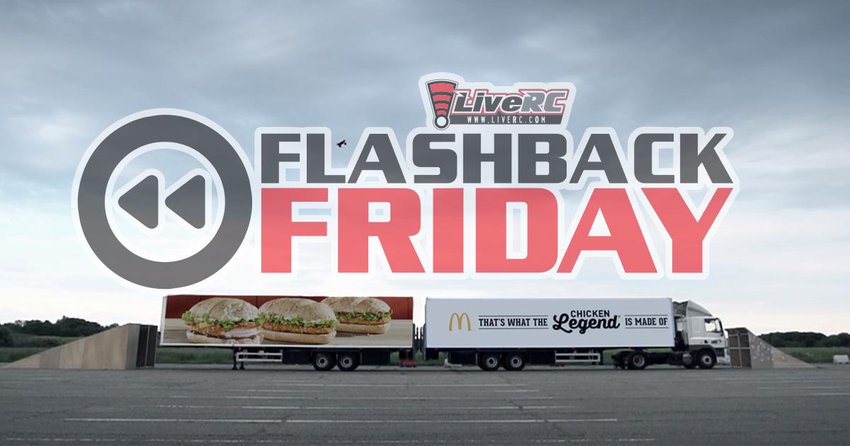 Even for the healthiest racers on the planet, spending all day at the R/C track makes it hard not to choose the convenience of fast food to keep you from going hungry while your wrenching, racing, and thrashing about. McDonald's is one of the many fast food options that is often seen as a choice of racers at the R/C track to keep them fueled up and going. McDonald's may actually be more involved in R/C than just track food however, as this week we flashback to 2014 where the multi-time European champion Lee Martin was recruited to film a McDonald's UK promotional video with his R/C car. 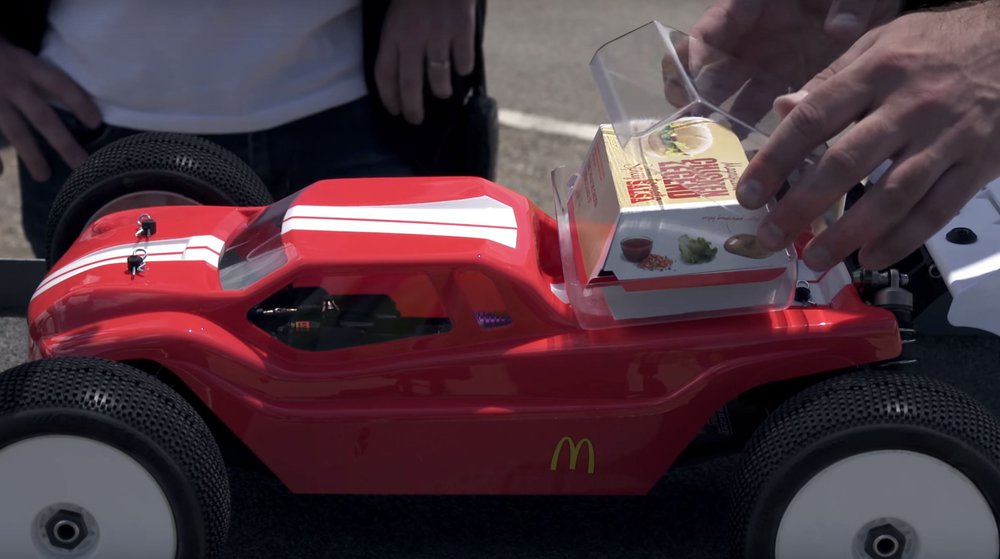 Martin piloted his electric 1/8-scale truggy for a big air stunt jump up and over two semi trailers while hauling a McDonald's Chicken Legend sandwich on the bed of the truck - making this chicken sandwich a legend for its daring stunt.

One year after the jump, we caught up with Lee for interview during a previous "Flashback Friday" where he told us, "It was a long day, and on the drive drove home that night we actually purchased Chicken Legends (who said advertising doesn't work)." 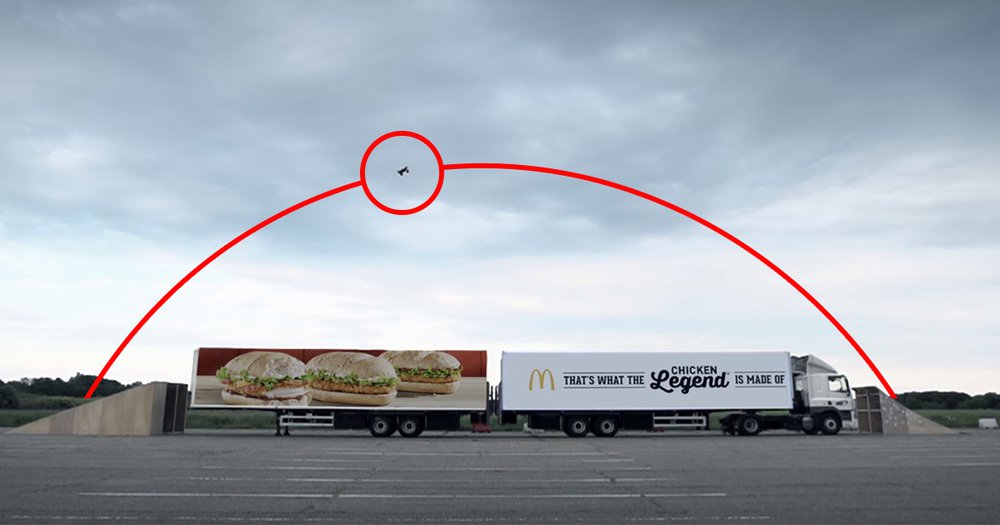 The Chicken Legend Sandwich has never made it to North America, however, six different variations of the sandwich are still being enjoyed in the UK today. 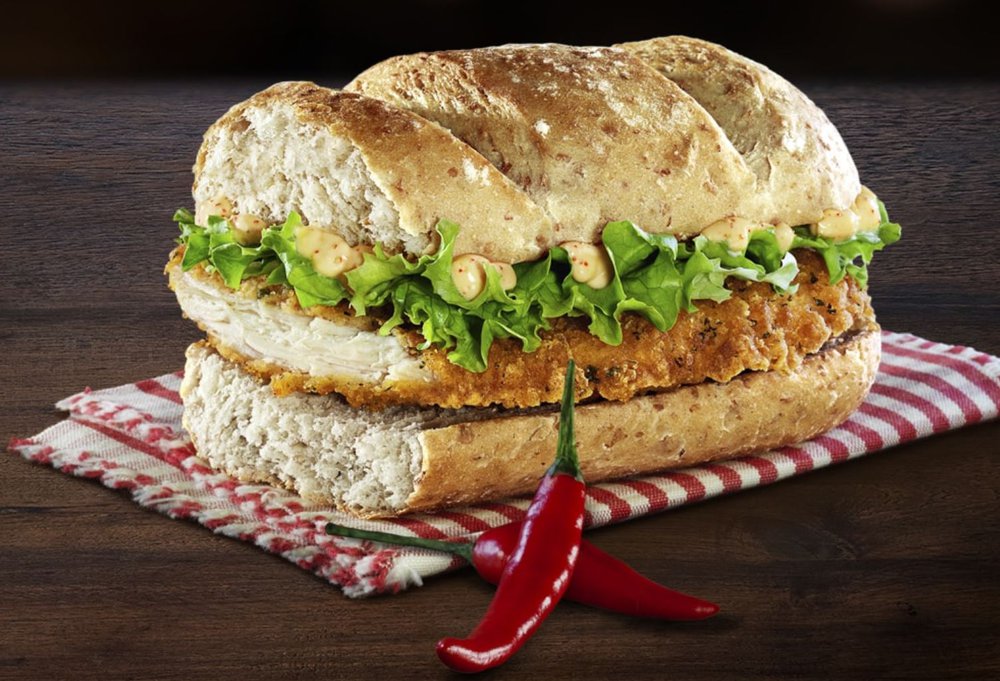