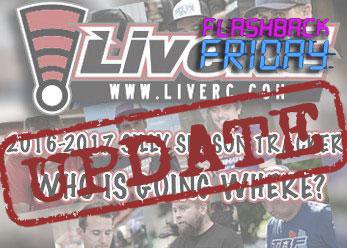 Everybody knows that Friday is meant for reminiscing old times. Each week we take you back in time as we flashback to some of R/C racing's greatest moments, products, drivers, and more!
This past offseason was one of the most active in history, with many of the world's fastest drivers opting for new vehicles, engines, electronics and tire sponsors. Some drivers, like Jared Tebo and Dakotah Phend, made one change while others like Dustin Evans began the season with all new equipment. Now that we're nearly 1/3 of the way through the year, with several major races already completed, I dug through race results from 2016 and 2017 to see how each driver's time with their new teams has begun.
Here are the races I considered for the comparison:

While almost everyone attends events like the the Reedy Race and Dirt NItro Challenge, I included the others to broaden the sample size for drivers who've attended them over at least the last two seasons. I only included 2WD and 4WD buggy classes for the Cactus/Desert Classic; the Nitro Buggy and Nitro Truck classes for the Dirt Nitro Challenge, Silver State and Psycho Nitro Blast; and the Nitro Buggy class for the NEO Race. Then, I added up all of the 2016 and 2017 finishing positions to find an overall net difference - with a negative net difference meaning better finishes in 2017 versus 2016 (and a positive net difference meaning poorer finishes). Because the net difference in finishing positions certainly doesn't tell the whole story - such as mechanical issues - determining which direction a driver is trending after the offseason changes is subjective. 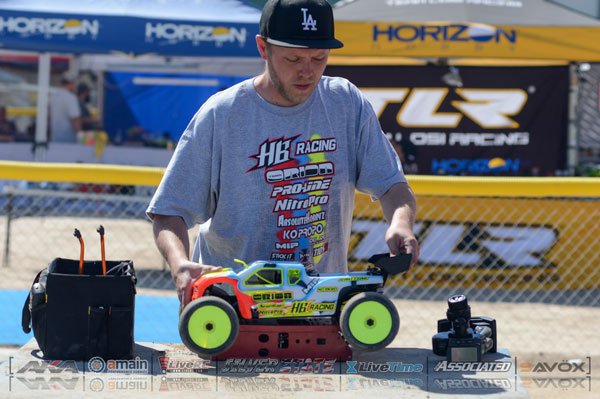 Switched from: Kyosho and REDS
Switched to: HB Racing and Team Orion

Last year, Cody King made the final in both classes at the Dirt Nitro Challenge and Silver State with Kyosho and REDS Racing, with all four finishes in the top eleven. He was one of the last major drivers to make a big change for the 2017 season, waiting until the practice day at the Dirt Nitro Challenge to officially debut his new Team Orion-powered HB Racing vehicles. Although he made the show in Buggy and actually eclipsed his finish from 2016, impressive considering the lack of high-level track time with his new cars, he missed the A-Main in the Truck class and in both divisions at the Silver State. His lack of practice with the vehicles against tough competition is most certainly to blame for the drop in performance, and time will tell if he’s able to return to the level he was last year - but there’s no doubt that he’s off to a slow start. 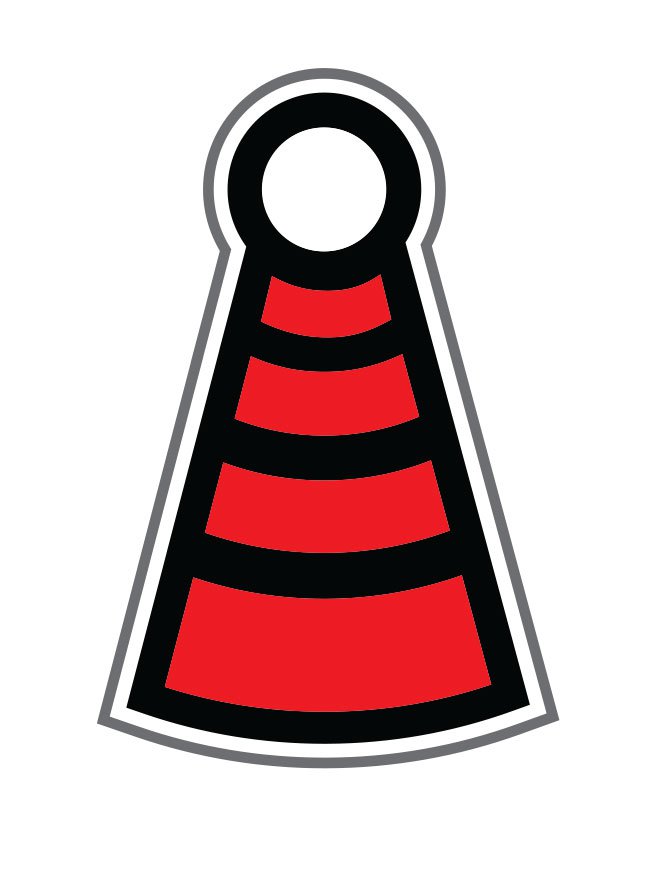 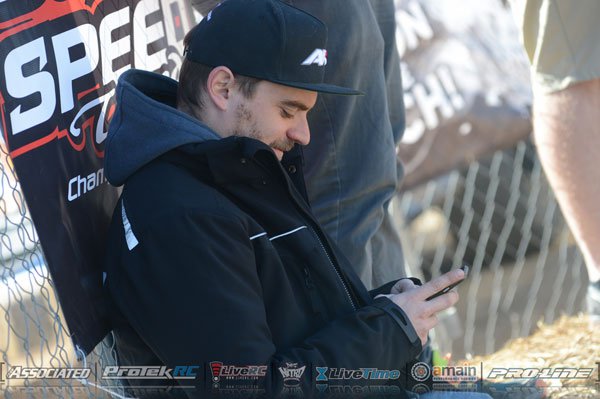 Switched from Procircuit and Ultimate
Switched to AKA and Picco

Spanish racer Robert Batlle, who was IFMAR world champion in 2012, switched from the Modelix Racing portfolio of Procircuit tires and Ultimate engines to AKA Products and Picco for the 2017 season. Judging by his results in the first two major events of the year he attended, the Montpellier GP in France and NEO Race in England, the results are a resounding improvement. After missing the final at last year’s Montpellier GP, Batlle won this year - outpacing Davide Ongaro and reigning world champ David Ronnefalk (both of whom are mentioned later in this article) with European champion Elliott Boots fourth. And although he finished only 8th at the NEO Race, it was still a 20-spot improvement in the very competitive indoor event from last year - and his best finish since 2013. 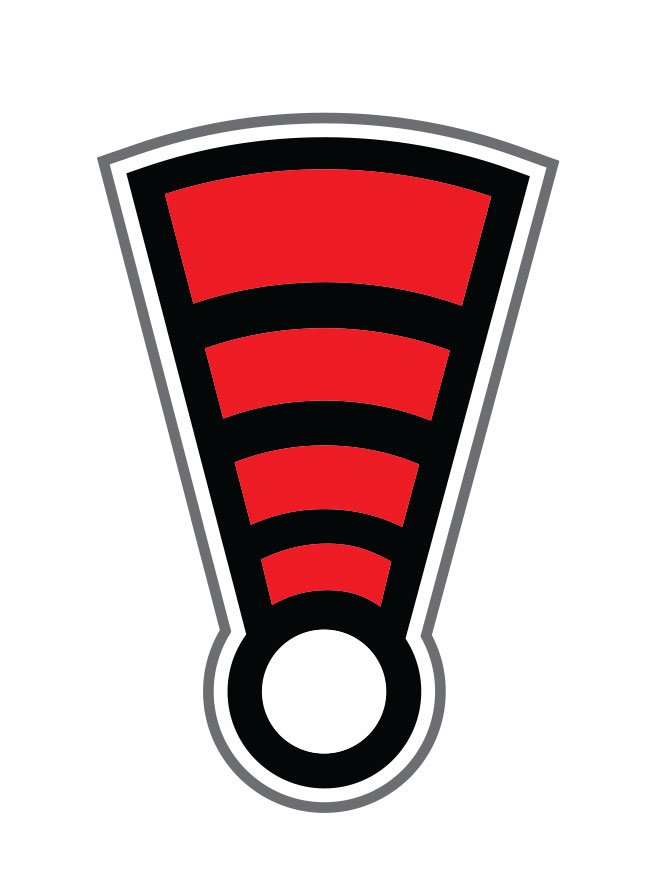 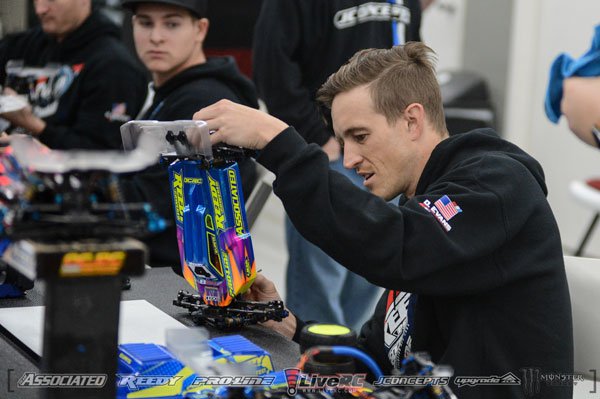 Dustin Evans brought his long tenure with Team Losi Racing to a close at the end of 2016 and made the switch to long-time rival squad Team Associated - which also included a change in electronics and tire sponsors as well. He’s had a brilliant start to the season, including an improvement on his finishes at the Reedy Race and the annual Arizona electric indoor off-road event over last season. This one is a slam-dunk. 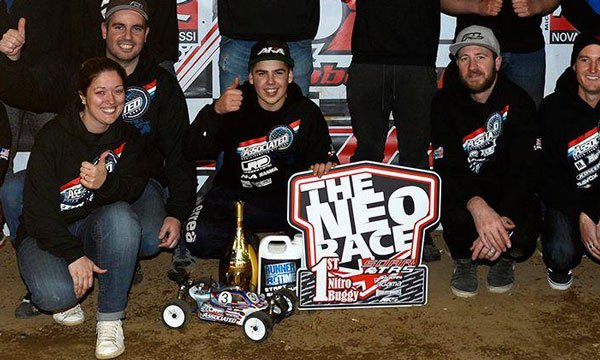 Young Italian star Davide Ongaro was already a rising star in Europe prior to his breakthrough performance at the IFMAR Worlds in Las Vegas last fall - and then this past offseason he made big news again by jumping from Mugen Seiki and Procircuit to Team Associated and AKA. He’s been almost perfect since - finishing second to Batlle at the Montpellier GP and then smashing everyone to pieces with only a piece of his rear wing remaining at the NEO Race. While it would be extremely difficult to maintain such a record all season, it’s safe to say Ongaro has to feel good about the decisions he made. 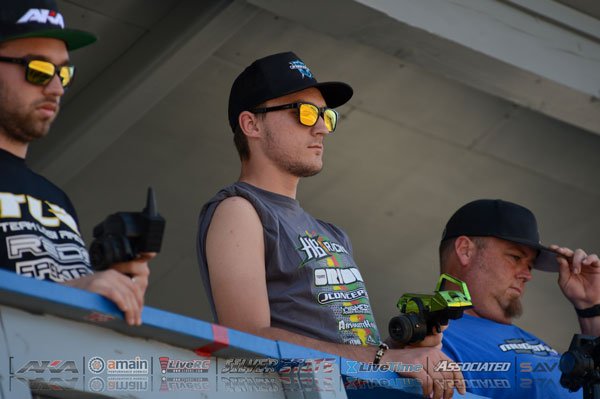 Switched from AKA
Switched to JConcepts

After finishing last season on top of the world, David Ronnefalk didn’t have much room for improvement in 2017. He delivered AKA Products its second IFMAR title last fall and then split for JConcepts. After three major races, his results have been mixed. He finished two spots worse in Buggy at the Dirt Nitro Challenge and the same position he finished in Truck compared to last year. At Silver State, he improved 11 spots in Buggy but dropped four places in Truck. And, at the NEO Race, he finished one position lower than last year - though he wasn’t really in contention for the win in either one. While we don’t know any of the details behind each contract, nor the reasons he made the move, the on-track results have yielded a sideways move. 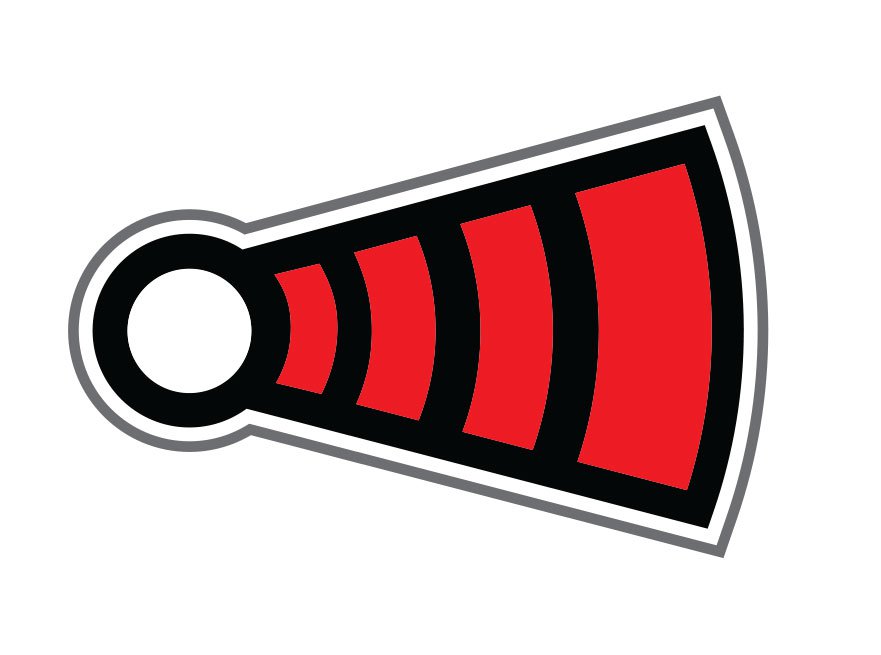 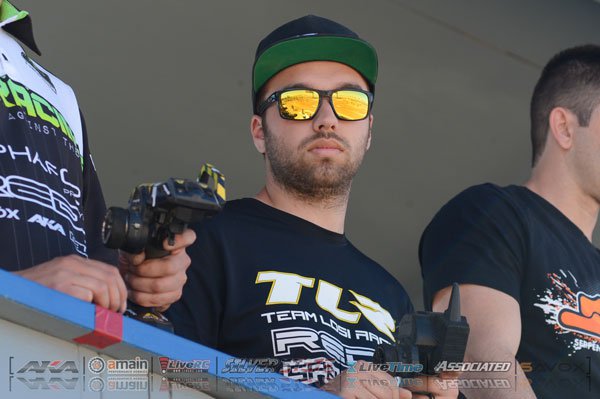 As the remaining international star on the Team Losi Racing squad for 2017, Dakotah Phend has the weight of one of the industry’s most storied brands on his shoulders - as well as two new sponsors, switching from Team Orion nitro engines to REDS Racing power and leaving long-time tire provider Pro-Line Racing for AKA Products. He wasn’t able to repeat last year’s Reedy Race title, finishing fifth at the annual Invitiational, though the spec tire event didn’t reflect on his new equipment. His results at the Dirt Nitro Challenge, Cactus/Desert Classic and Silver State were all mixed as well, improving in one division and slipping in another. It’s worth noting that Phend didn’t race the CRCRC Winter Electric Off-Road Championships in 2016, so there’s no basis for comparison, but he did win both 2WD and 4WD this January. Still, it seems like the new contracts haven’t yet yielded noticeable changes. 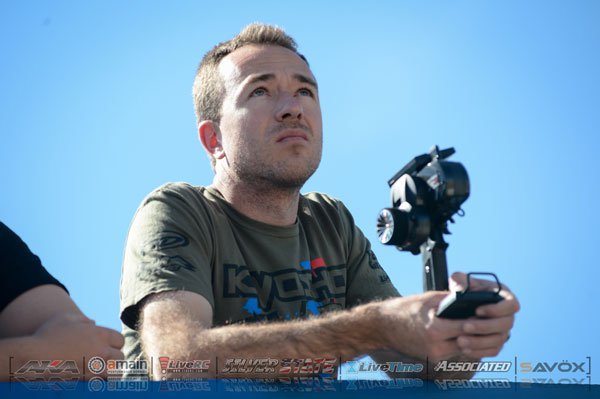 Switched from Pro-Line
Switched to AKA

Jared Tebo’s offseason move from Pro-Line Racing to AKA Products wasn’t a huge change - after all, he had only been away for one year. He repeated his podium finishes at the CRCRC Midwest Winter Electric Championships from the year before, slipping only one spot in 2WD, and - like Phend - his four-spot drop at the spec-tire Reedy Race can’t be chalked up to his tire sponsor switch. He improved in both classes at the Dirt Nitro Challenge, slipped in both at the Cactus/Desert Classic, finished one spot higher in Truck at Silver State, swapped good and bad finishes at the Psycho Nitro Blast and ended up two spots worse at the NEO Race. Just as was the case with his fellow PL-to-AKA mover, Tebo’s 2017 season hasn’t been markedly better or worse. 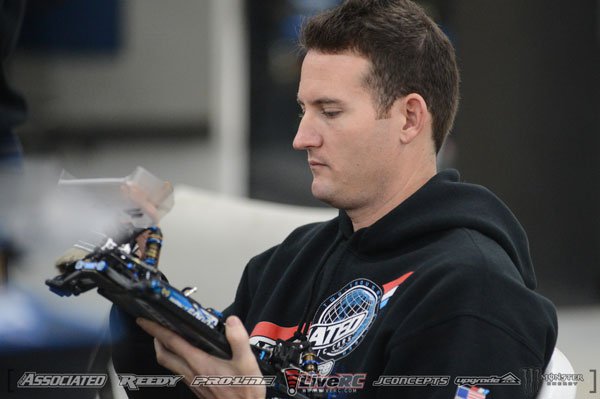 Switched from Team Orion and AKA
Switched to Muchmore and JConcepts

Ryan Cavalieri’s offseason changes from Team Orion and AKA Products to Muchmore and JConcepts were among the more shocking of the offseason, especially as he became the first major off-road racer in the U.S. to choose Muchmore Racing electronics. He was unable to repeat his double win at the CRCRC Midwest Winter Electric Championships, but rebounded from one of his worst finishes at the Reedy Race last year to score a record-extending fourth Invitational championship later that month. Even though he won the 2016 Dirt Nitro Challenge in Buggy and the Truck class at last year’s Psycho Nitro Blast, he was more consistent across both classes at each event this year - making them a net gain. Considering how well the first four races of 2017 went for Cavalieri, it’s really hard to count the slip-up at the NEO Race - without which his net difference would be -15 - against him. 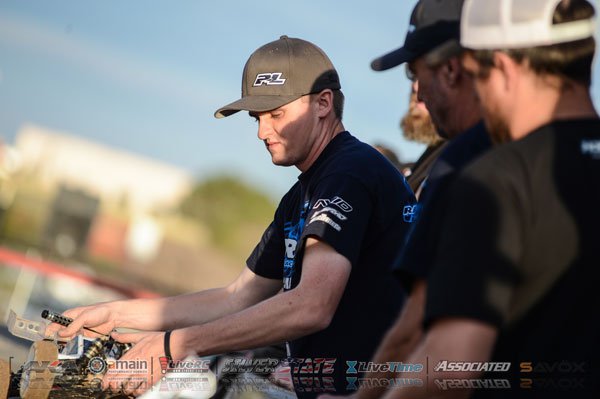 Considering the high bar Ty Tessmann has set over the last several seasons, it would be hard to see his first few races of the XRAY era as anything but worse than years past - but it’s not that cut and dry. He matched his career-best finish at the Reedy Race of Champions in January, scoring a third overall, and was in contention to win both finals at the Dirt Nitro Challenge before technical problems struck. He didn’t win at Silver State, either, but finished second in both classes. Considering that his fluke electronics issues in Arizona - leading to a net difference of +9 - aren’t indicative of how well Tessmann has driven in 2017, I think this switch so far as been a wash. 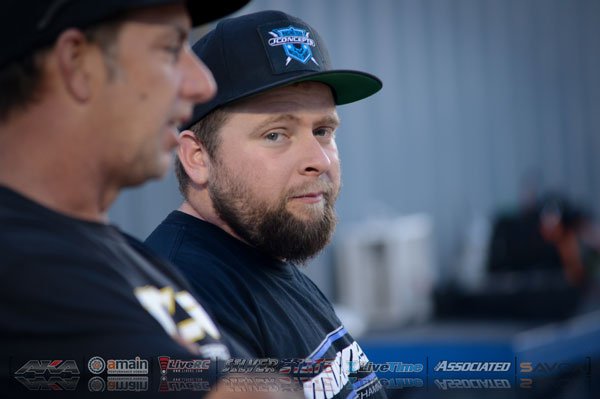 Switched from TLR
Switched to Mugen Seiki and Yokomo

You’d have to be living under a rock to not know how Ryan Maifield’s 2017 has gone so far - in fact, he has outperformed every result from last year. After his first race with Yokomo nearly netted him a second career Reedy Race title, he completed the first clean sweep in Dirt Nitro Challenge history. He finished second in both classes at the first-ever Desert Classic, which was significantly better than how he fared at the last-ever Cactus Classic. And after an uncharacteristic third-place finish in the Truck class at Silver State, he got right back on top of the podium in Buggy (and won the E-Buggy class too). The Arizona native had a very successful two and a half years with TLR, but he’s been even better so far with Mugen Seiki and Yokomo.

Are you surprised at the direction these drivers have trended this year? Note that, with many of these drivers outperforming how they finished last year, that means others who made no changed have finished worse. Do you agree or disagree? Let us know in the Facebook comments!