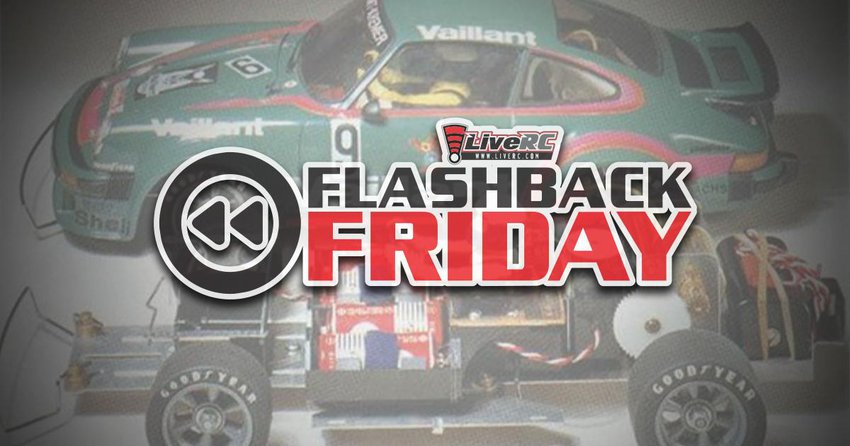 In the R/C industry, one of the real "OG's" (originals) is none other than Tamiya. Tamiya got there start in wooden models back in 1948. They would go on to begin plastic model production in 1968, and make quite a name for themselves in both markets. While they had releases a few motorized tanks shortly after this, it wasn't until November, 1976 that they would introduce their first R/C car - the 1/12-scale Porsche 934 Turbo. 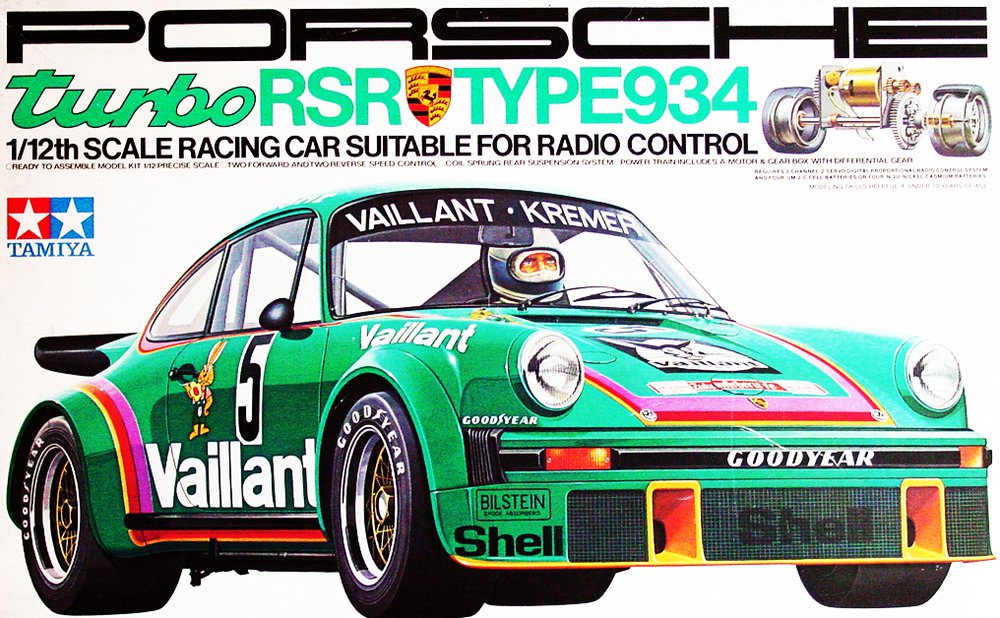 This R/C car would take the company to new levels, as it was an instant success around the world. It would be Tamiya's first venture into the R/C car industry, however, certainly not it's last. 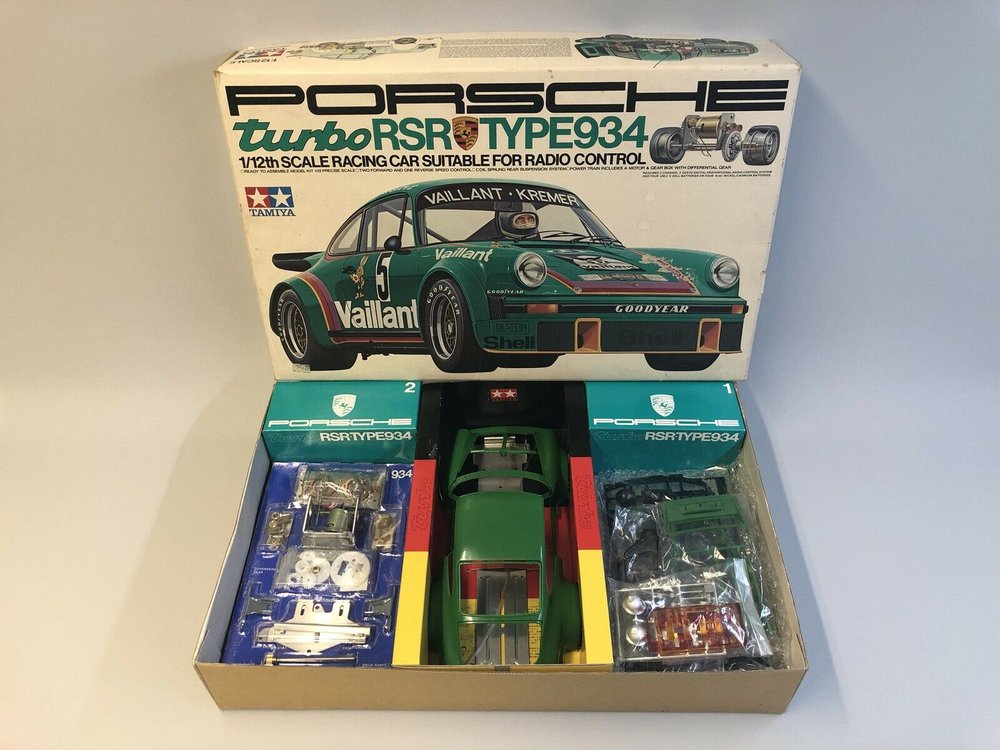 The kit included everything from a body, motor, and rubber tires to working spring suspension and rear differential. The kit required you to provide servos and radio system as most of today's racing kits do. The overall design seems very simple in this day and age, but was ahead of it's time in 1976 in terms of being lightweight, extremely durable, and finely detailed with the body, wheels, and tires. 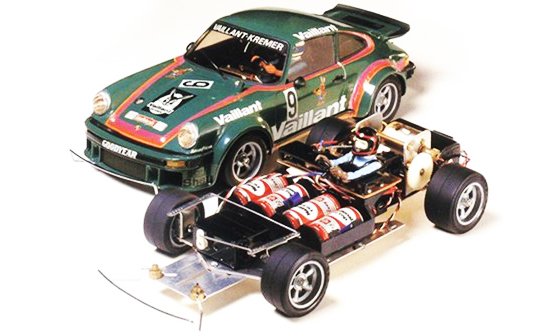 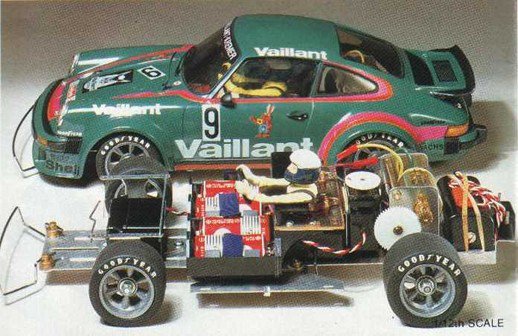 The year 2006 marked the 30th Anniversary of Tamiya's entry into the R/C market. To commemorate this milestone, the company proudly released a limited edition and updated version (far more sophisticated than the original) of the classic Porsche Turbo RSR Type 934. 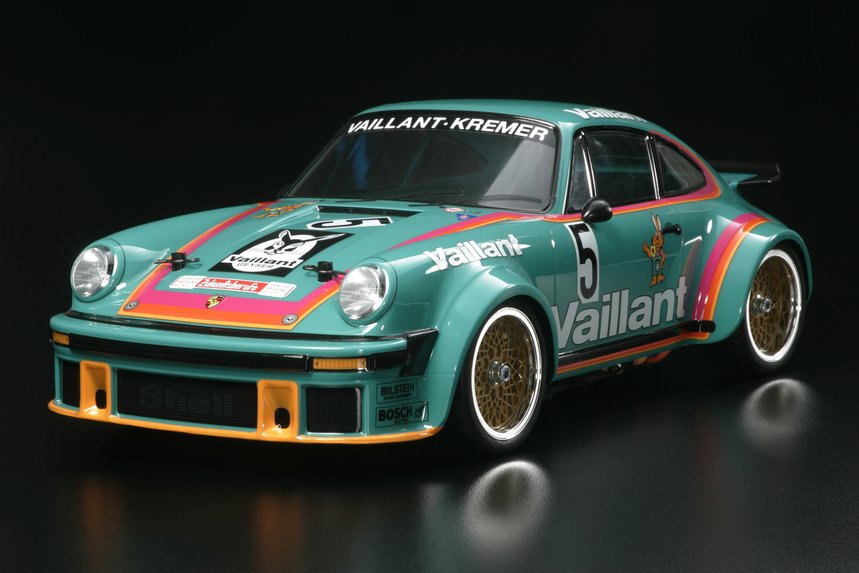 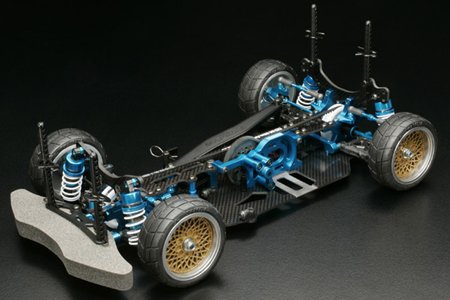 2016 marked the 40th anniversary of the release of the Vaillant-liveried Tamiya Porsche 934, and yet another commerorative kit was released and recreated the 934 in distinctive Jägermeister livery. The highly detailed body ran on the short wheelbase and wide stance TA02SW chassis. 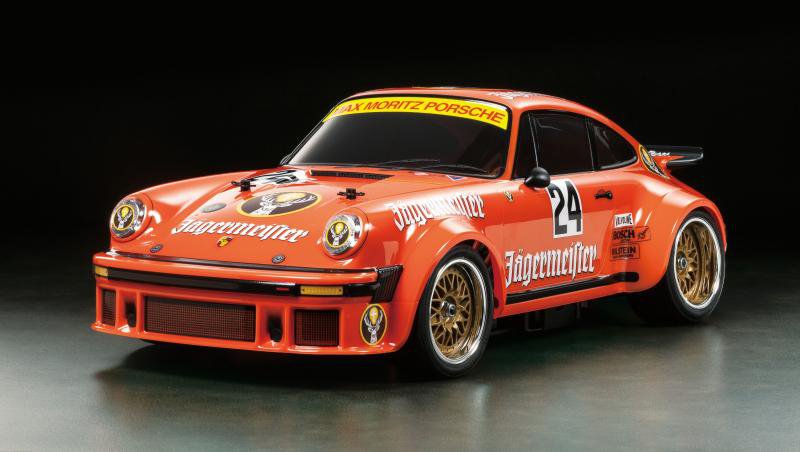 As expected, each of the limited edition Anniversary edition kits sold like hot cakes. Today, the original kits are found on the auction block reaching into the $1000's (depending on the condition).

Take a look up close and personal with an original 1976 Tamiya Porsche 934 Turbo purchased in 2012 by YouTube user IconicRC.

The Porsche 934 kit started it all for Tamiya in the world of R/C, and ever since that cold November day in 1976, the company has been pushing strong, producing hundreds of products since, and has become one of the biggest names in the R/C and modeling industry.