Everybody knows that Friday is meant for reminiscing old times. Each week we take you back in time as we flashback to some of R/C racing's greatest moments, products, drivers, and more!
Flashback: 2015
Team Associated gives the first glimpse at the long-awaited RC8B3
Three years ago today, Team Associated published the first official photo of a 1/8-scale nitro buggy that became known as the RC8B3. It had been a long wait for those faithful to the A-Team.
The company’s first 1/8-scale nitro buggy, the RC8, was released in 2007 - when it came within a radio glitch of dominating the ROAR Nationals in St. Louis at the hands of Ryan Maifield. That original kit had a mechanical glitches as well, which prompted Team Associated to take care of early adopters with service packs. That didn’t stop Ryan Cavalieri from winning the Dirt Nitro Challenge in the car’s second try in 2008, and Maifield did the same in 2009. [EDIT — 4/13/18, 1:34 PM CT: This article originally stated that the RC8's first DNC was in 2008; Cavalieri and Maifield both ran the RC8 at the 2007 DNC, but suffered from mechanical issues in the final and finished 14th and 15th, respectively.] 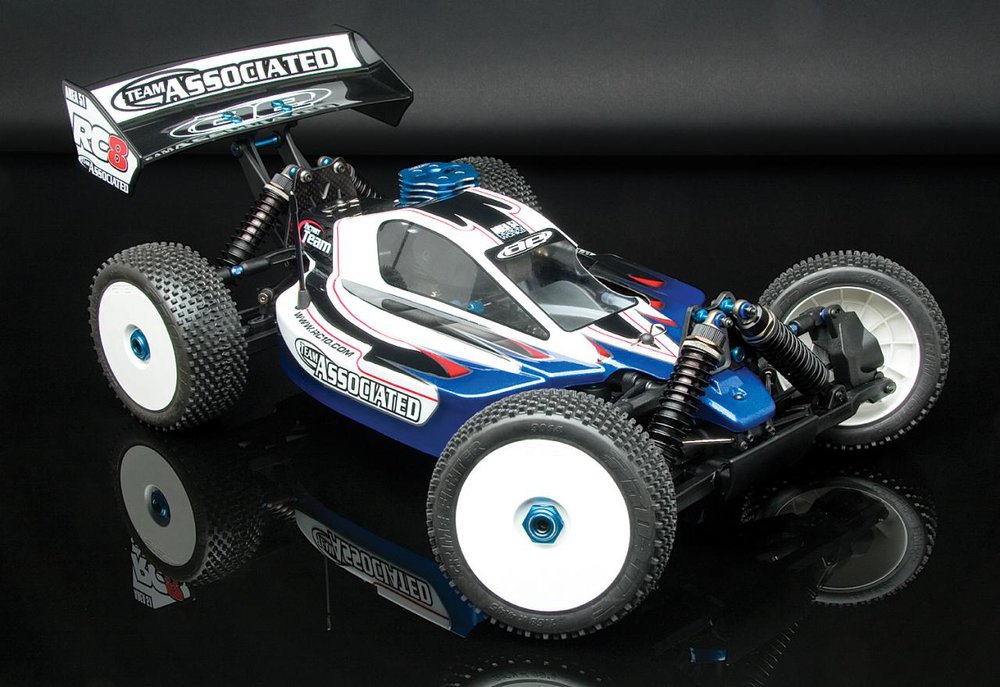 Photo: Team Associated
After getting the RC8 up to snuff, Area 51 engineers revamped the platforms shocks, suspension and steering to create the RC8B, which hit the market in 2009. Cavalieri won the DNC again in 2010, and topped Silver State that year as well. 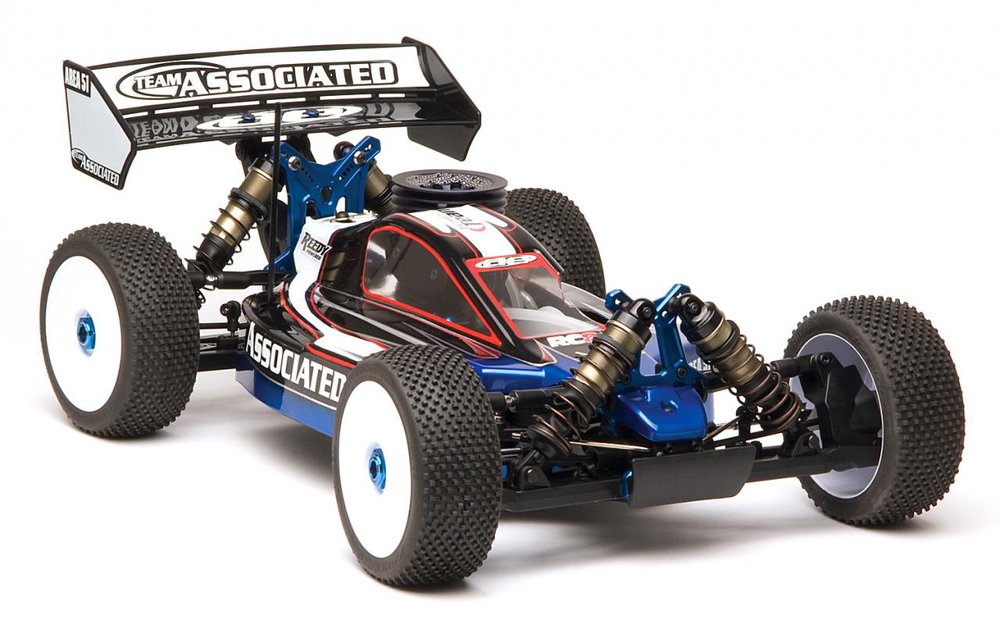 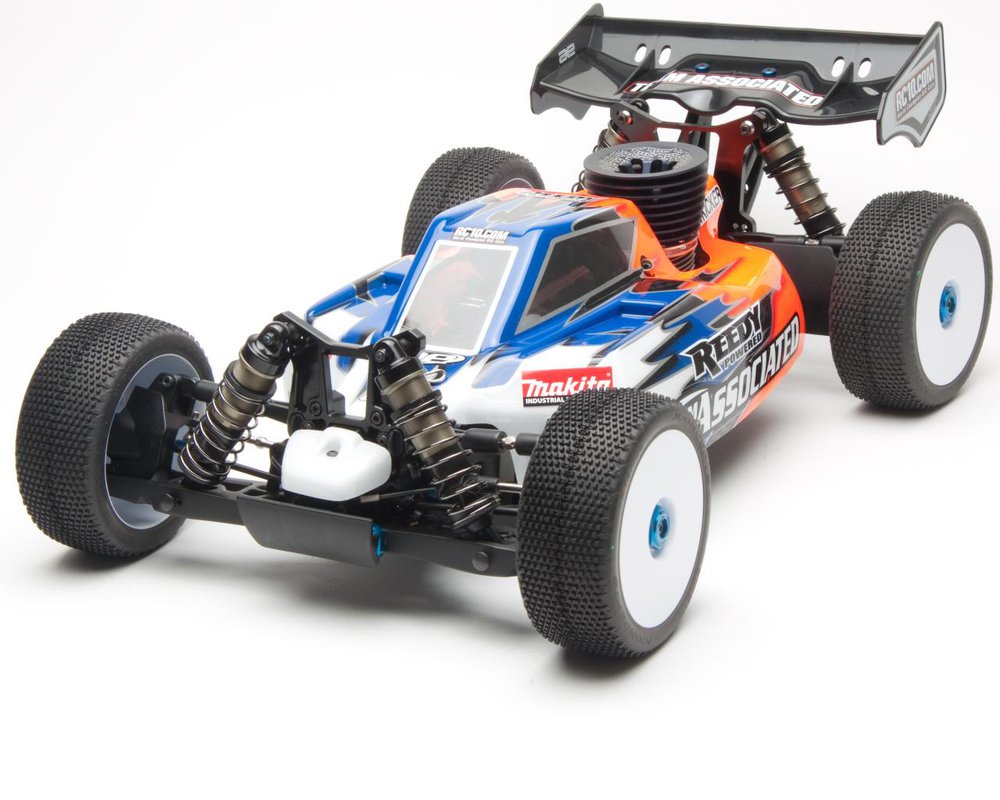 Photo: Team Associated
By then, though, the age of the RC8 platform — by that point, it was six years old — was starting to show at both major events and local tracks around the world. World champion buggy designer Josh Alton, who had worked for Team Losi before moving on to design the Hot Bodies D8 that won the 2008 Worlds, joined Team Associated just week’s before Cavalieri won Silver State. He began working on an all-new nitro buggy by first testing different components with the company’s star drivers, then working toward a complete kit, and the team showed up to the 2014 Dirt Nitro Challenge with what was rumored to be a nearly-ready-for-production buggy that probably would’ve been called the RC8B2. 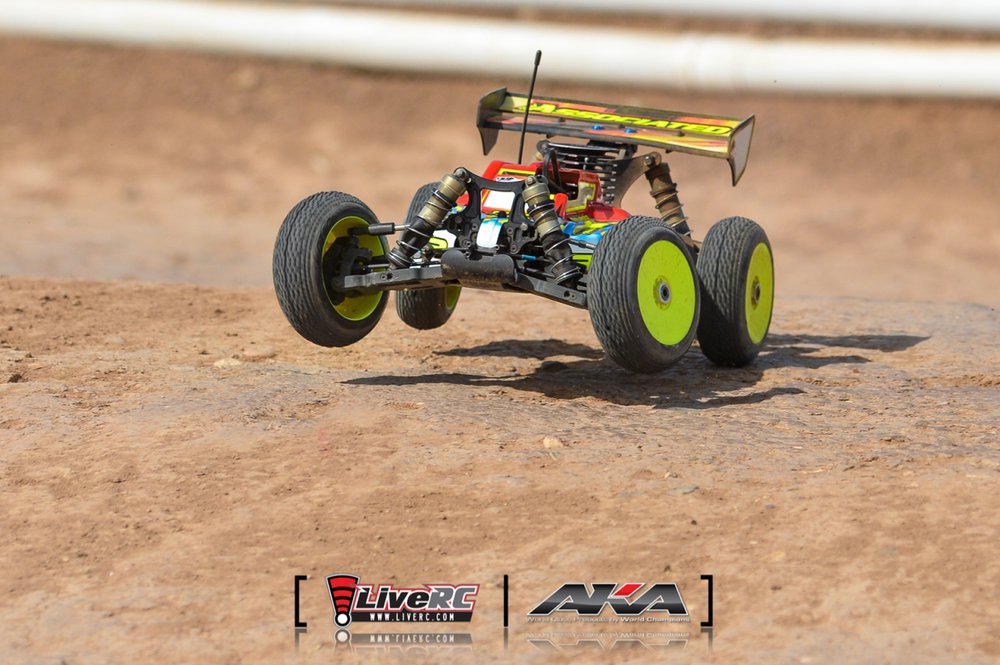 Despite Cavalieri and Maifield having such spectacular records at the annual race, they struggled — and then prototype cars and parts were allegedly stolen from Alton’s car. Maifield ran the car at Silver State and the NEO race, making the final at the latter but not finishing. Despite concerns about the car’s viability, the production run of the RC8.2 ended in April and Alton left Team Associated one month later. 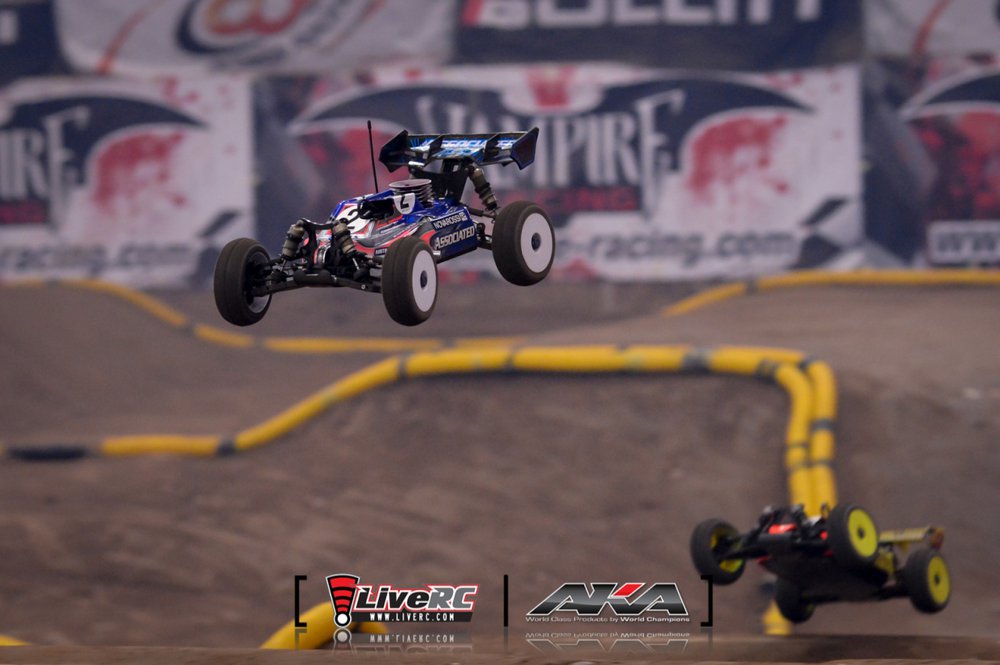 By June, there were rumors of another all-new Team Associated buggy platform. At the ROAR Nationals, however, Maifield and Cavalieri ran RC8.2-based test mules fitted with the rear end of the Kyosho MP9, and Maifield battled for the win down to the final lap before leaving to join Team Losi Racing.
Just two months later, Cavalieri debuted the all-new, pillow-ball-equipped prototype at a local series race at the now-defunct Heritage RC Park just south of San Diego, CA. 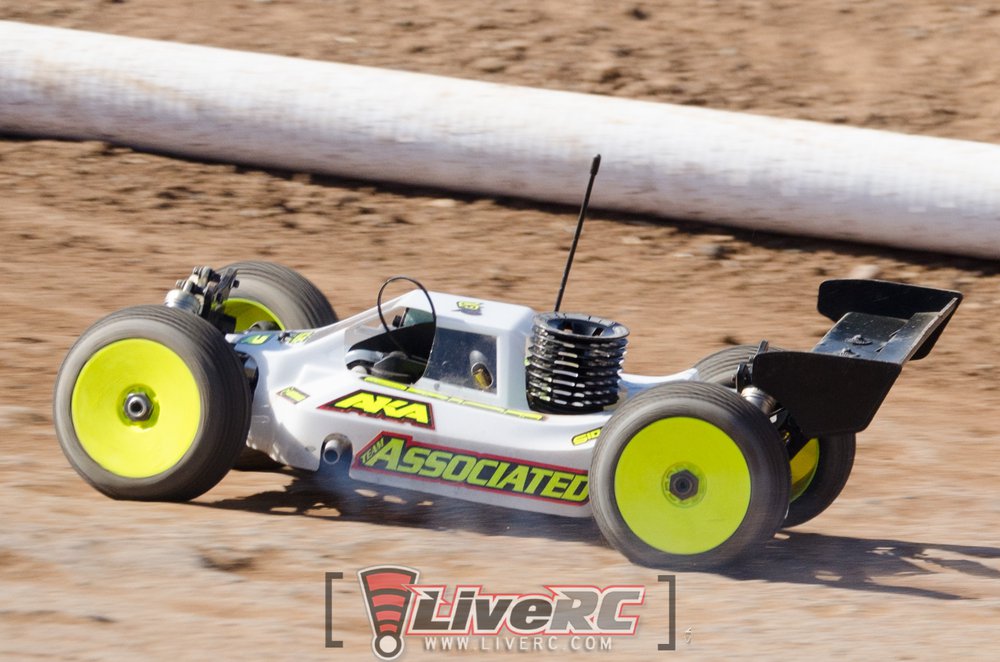 He earned TQ and led the final until engine trouble knocked him out of the race in the closing laps. 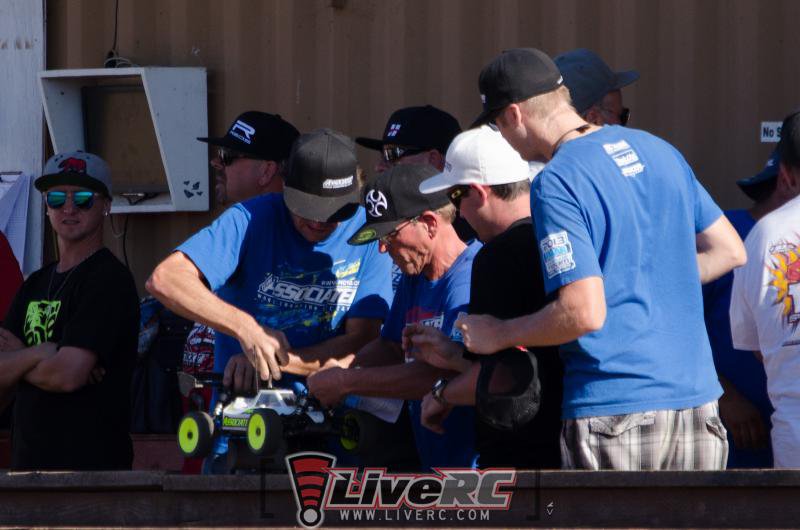 One month after that public debut, at the end of September, Cavalieri finished second at the IFMAR Worlds with the car. 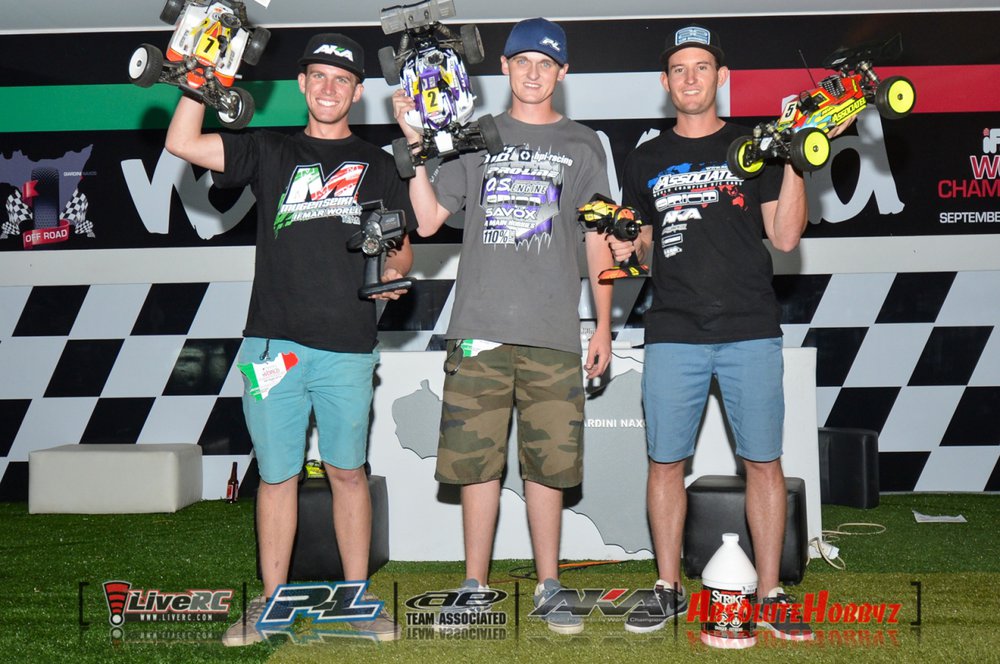 And then at the beginning of 2015, Cavalieri finished second at the Dirt Nitro Challenge 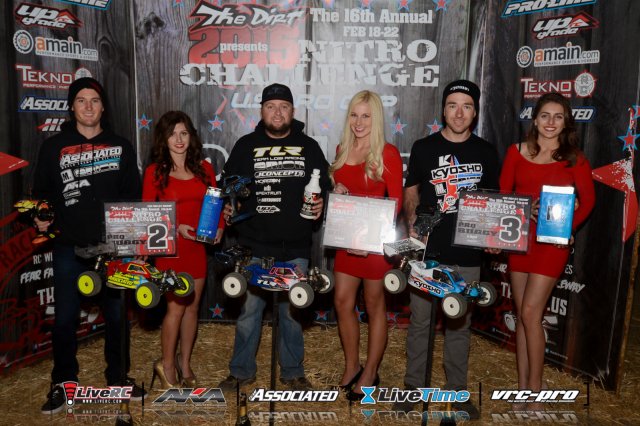 And did the same again at Silver State. 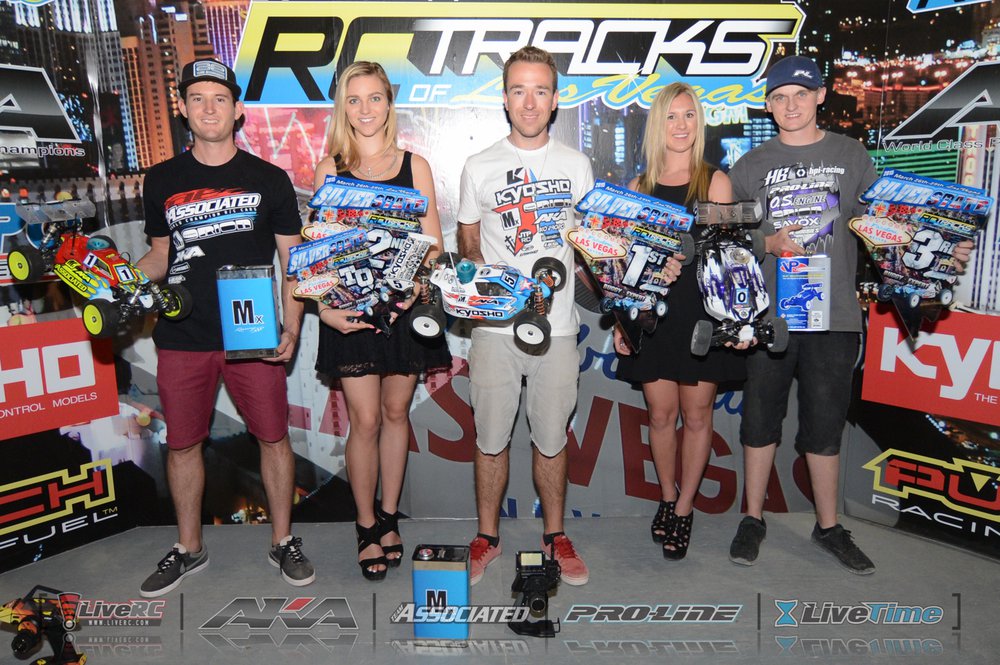 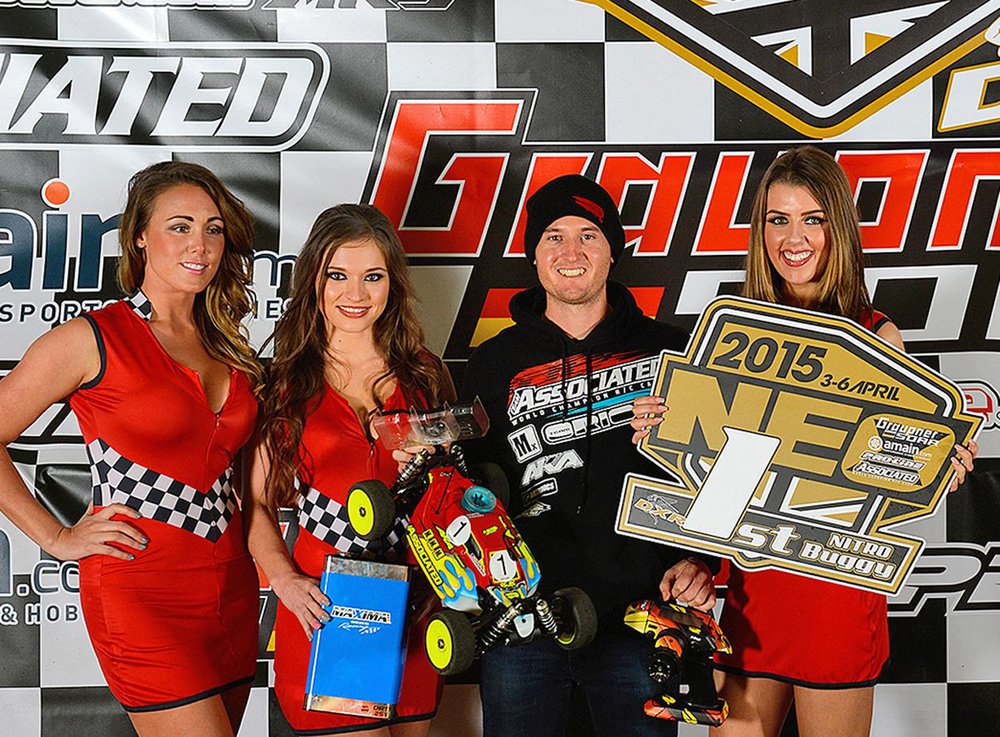 Photo: Team Associated
The official name was leaked shortly after, and when the car finally hit the market in July, it was on. 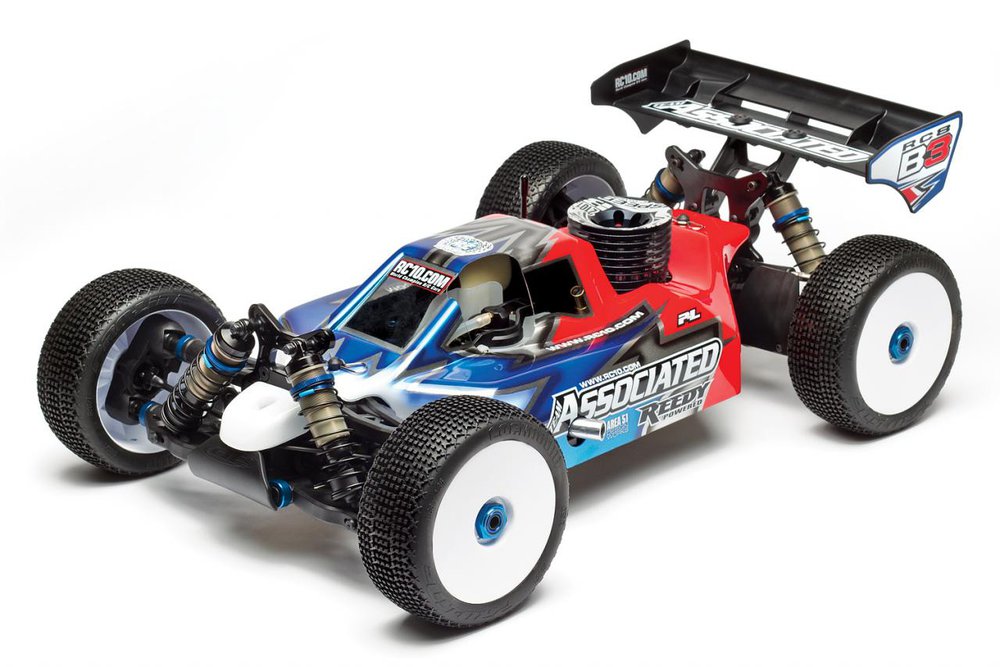 Photo: Team Associated
Cavalieri won the 2016 Dirt Nitro Challenge for the first time since 2010 (and AE's first win since 2013). 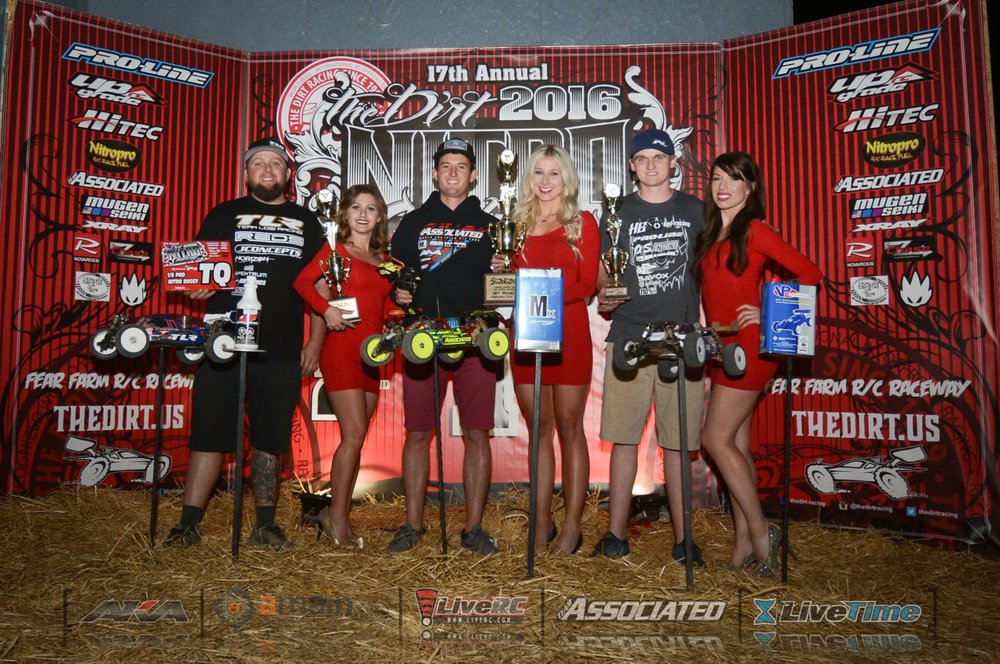 Then Spencer Rivkin won the Nationals, and Cavalieri scored another top-five finish at the IFMAR Worlds. 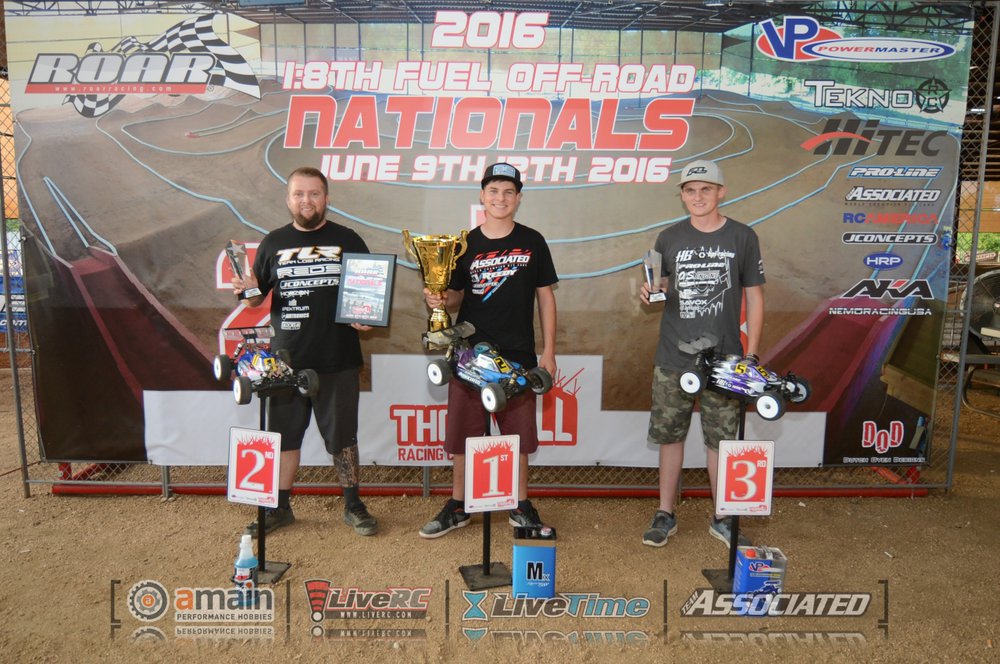 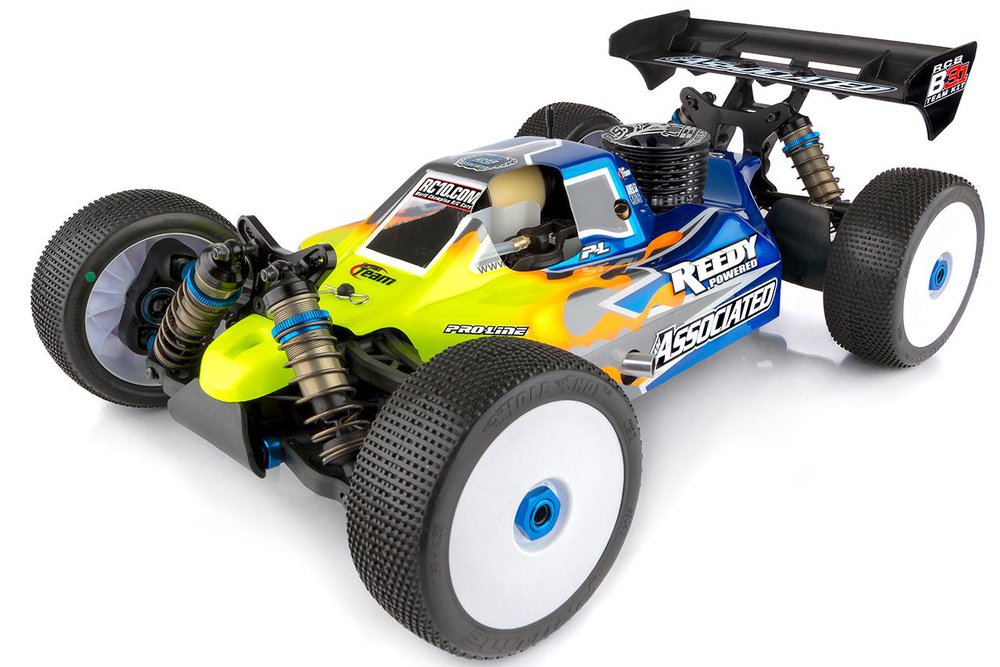