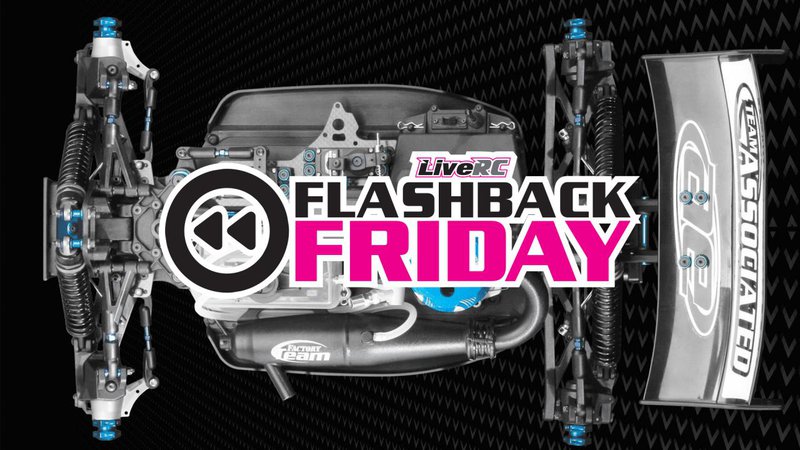 Everybody knows that Friday is meant for reminiscing old times. Each week we take you back in time as we flashback to some of R/C racing's greatest moments, products, drivers, and more!
It's Friday, and that means it is time to flashback to yesteryear! There is no question that Team Associated is among one of the most victorious brands on the market with 28 IFMAR World Championship wins dating back as far as 1977 (15 off-road and 13 on-road). In 1984, Roger Curtis designed Team Associated's first 1/10 scale electric off road car, the RC10. In 1985 the RC10 placed 1st, 2nd, and 3rd at the first-ever 1/10-scale Off-Road IFMAR World Championships.
Despite their success years prior in 1/10 and 1/8-scale on-road and 1/10-scale off-road racing, it wasn't until 2007 that we saw the introduction of Team Associated's first 1/8-scale off-road buggy; the RC8 Factory Team. Prior to the release of the RC8, many of the Team Associated off-road team drivers used the Thunder Tiger EB4 S3 buggy for their 1/8-scale racing efforts. 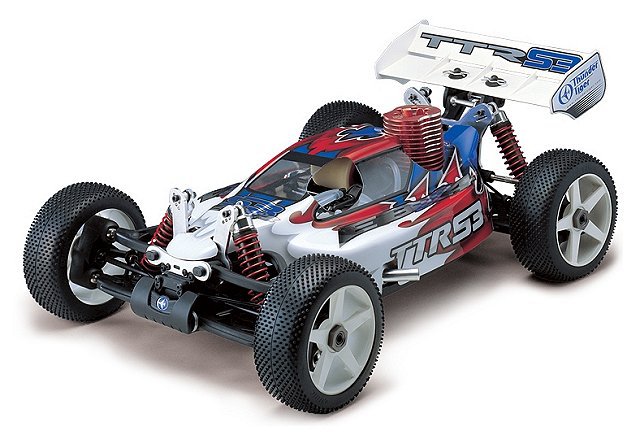 We flashback to the release of the RC8 buggy and the first ever major race wins in 1/8-scale off-road for Team Associated which came simultaneously across the pond from one another in the hands of Neil Cragg and Ryan Cavalieri.
Press Release from Team Associated - 2007:
www.rc10.com
The 1:8 buggy racing world will wonder how they lived without the Factory Team RC8!
From the correctly balanced and optimized weight distribution, silky smooth and reliable shocks featuring 4mm gold shafts, innovative clutch design, to the machined chassis, every inch of the RC8 screams performance and durability. From the proven drive train to the ultimately adjustable wing, you will see why the Factory Team RC8 will be the buggy chosen to dominate the competition. 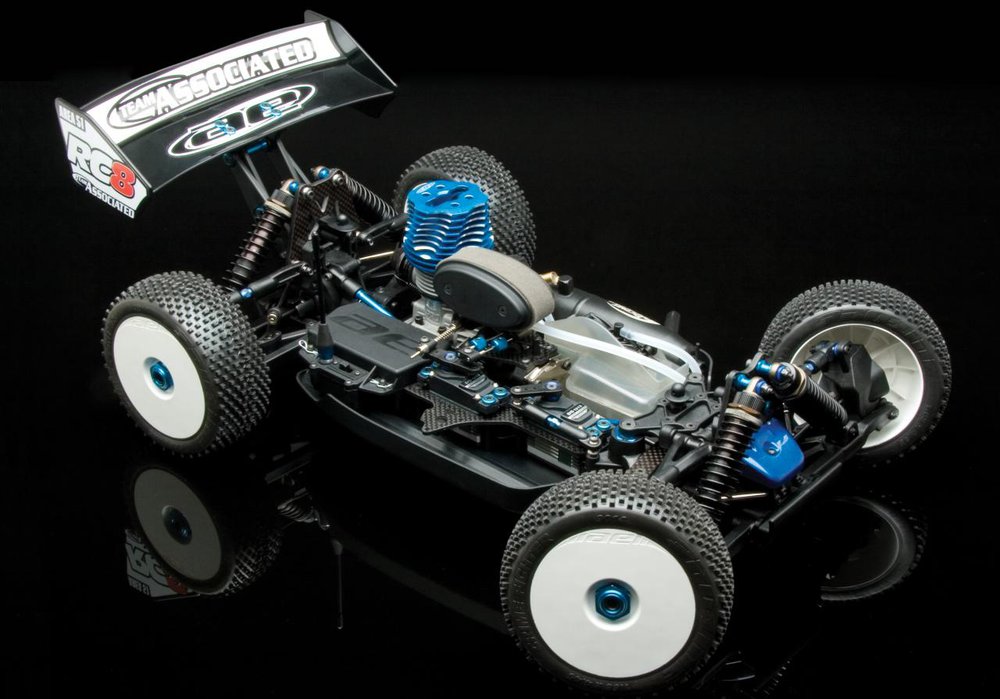 "You can push it hard and it stays balanced. The harder I drive it, the faster I can go." -- "The King" Richard Saxton
The highly anticipated Associated Factory Team RC8 will raise the performance bar for 1:8 off-road nitro buggies. The RC8 design utilizes proven engineering yet incorporates design ingenuity and industry leading concepts that will confirm Team Associated's number one status which it has held for over 40 years.
Strength, durability, nimble handling and maximum corner speeds were the key design elements Area 51 targeted. Drivers will experience unparalleled and effortless "pop" as they launch from the jumps. Landings will be plush beyond belief due to the enhanced suspension that other buggies only dream of.
The RC8 drives the commonplace out of contention and puts winning back into your vocabulary.
Magazine Review
Point the RC8 in the right direction, stab the throttle and hold on; the RC8 is unsurpassed in the ability to get the power to the ground in a hurry. -- RC Driver, 2007
Features 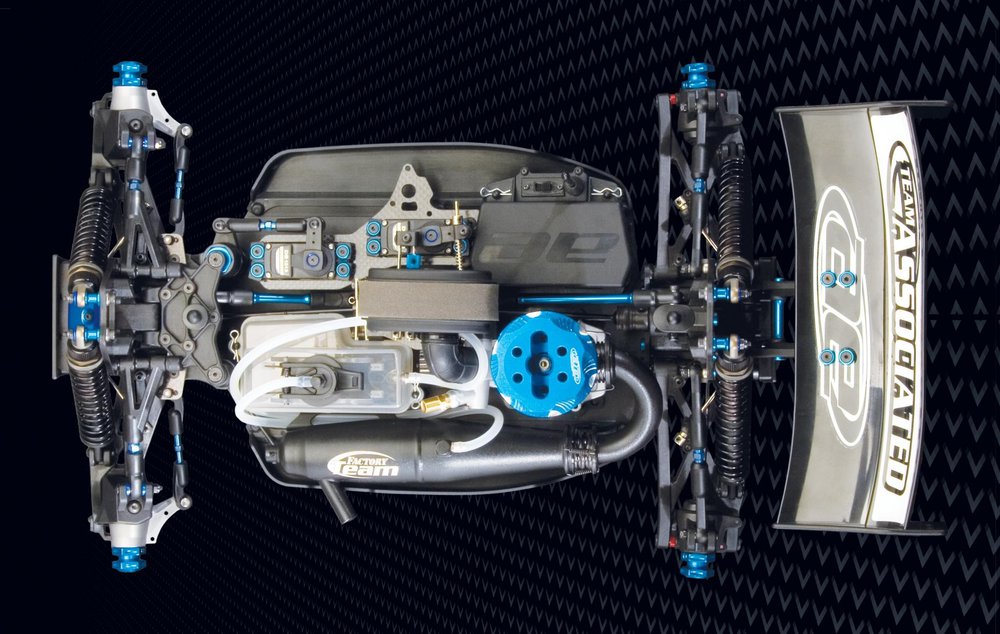 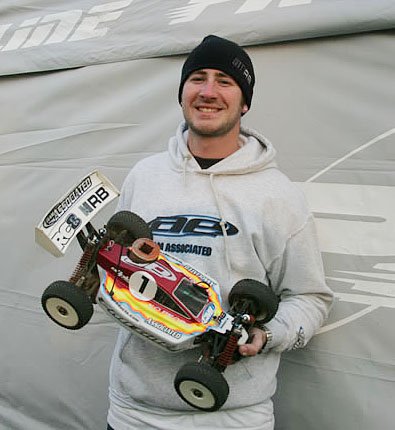 The first round of the BRCA Rallycross National Championship took place at Sandy Tracks in Bedfordshire, England and in only his second race with the RC8, Neil Cragg took the prototype vehicle to the pole position and overall win. In true Cragg style, Neil navigated the RC8 around the circuit with minimal errors, snatching the early points lead in the series. 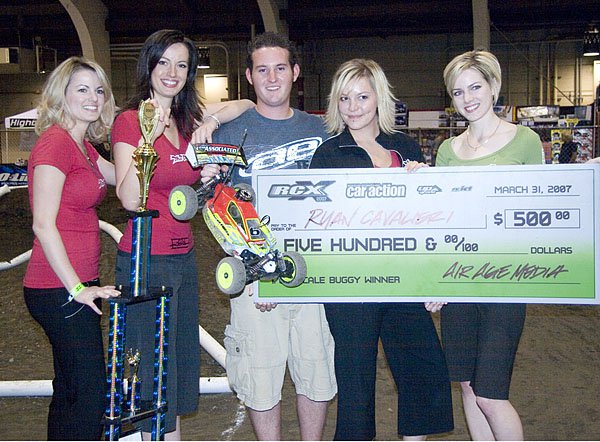 Back on U.S. soil, the R/C industry descended on the Fairplex in Pomona, California for the annual RCX hobby show. Promoted by The Dirt Racing, RCX hosts a by-invitation-only competition with the best 1:8 scale racers in the nation attending. Driving away from the competition with their RC8s were Associated drivers Ryan Cavalieri and Ryan Maifield. Setting the fastest laps of the event, Maifield battled with the consistent Cavalieri throughout the event. In the end, the steady pace of Cavalieri came out on top and collected the $500 payout from RCX.