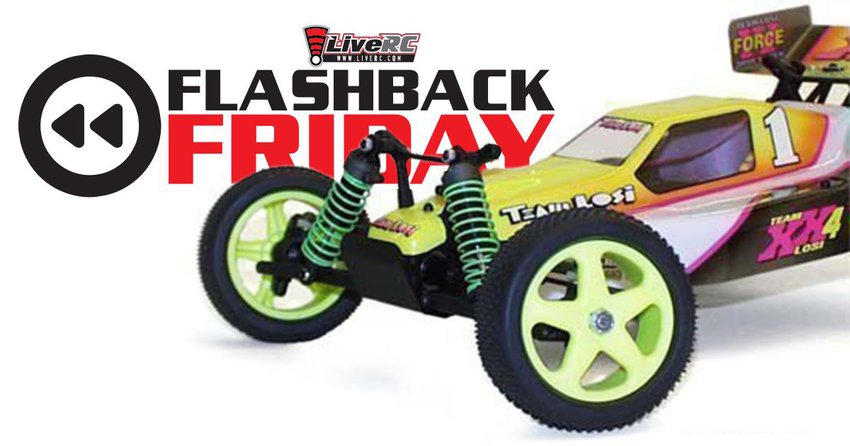 For this week's Flashback Friday we travel back to 1997 for the release of Team Losi Racing's (TLR) first ever 4wd buggy - the XX-4.

After nine years in business, Team Losi released its first 4WD buggy - the XX-4. The car utilized a molded plastic chassis as the basis for its completely-sealed, three-belt drivetrain, and its long-travel suspension (compared to other buggies of its time) became the standard for 4WD buggies for years to come. The car was an instant success, winning the ROAR Nationals in prototype form, and finished 8th, 9th and 10th at its first IFMAR World Championship. 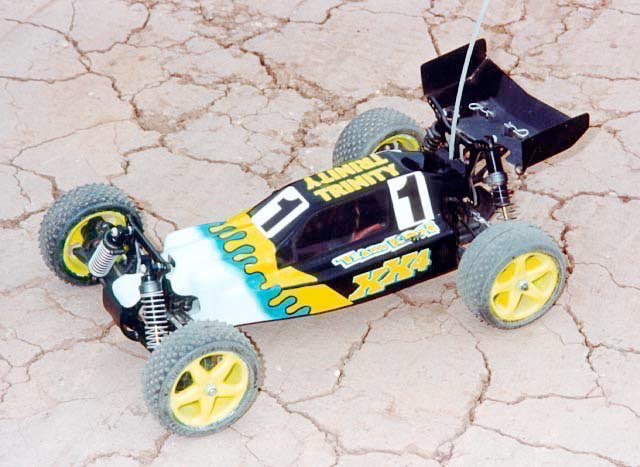 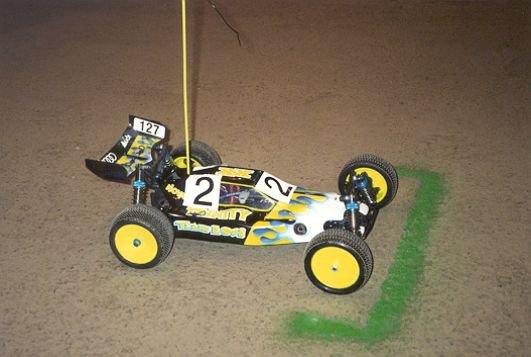 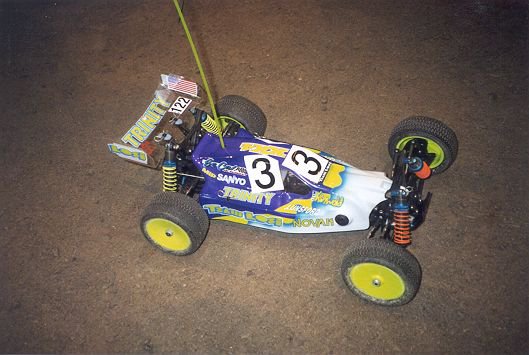 (Photo's courtesy of Philippe Gross - PS93.ch)
Two years later, Jukka Steenari - who finished second at the 1997 Worlds while racing for Schumacher - drove the XX-4 to the IFMAR title in his home country of Finland. To celebrate Steenari’s victory, Team Losi introduced the full-option XX-4 Worlds Edition in 1999. A full array of graphite-composite parts included a new low-CG chassis, the motor mount had also been lowered, and other tuning parts were included. 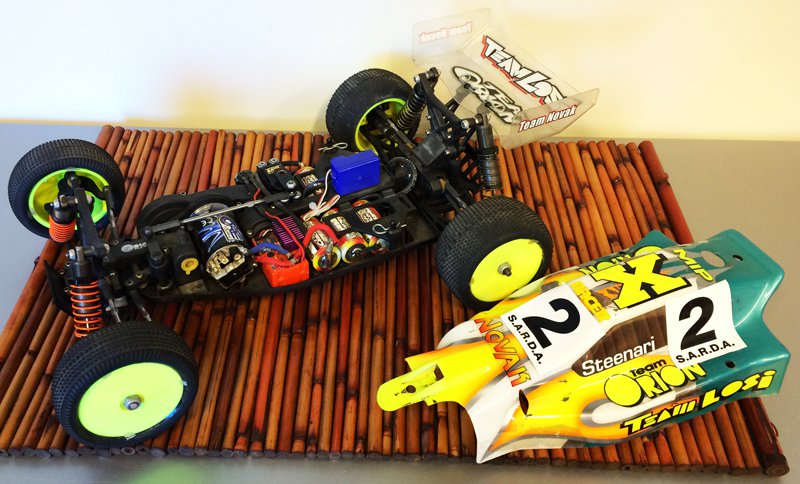 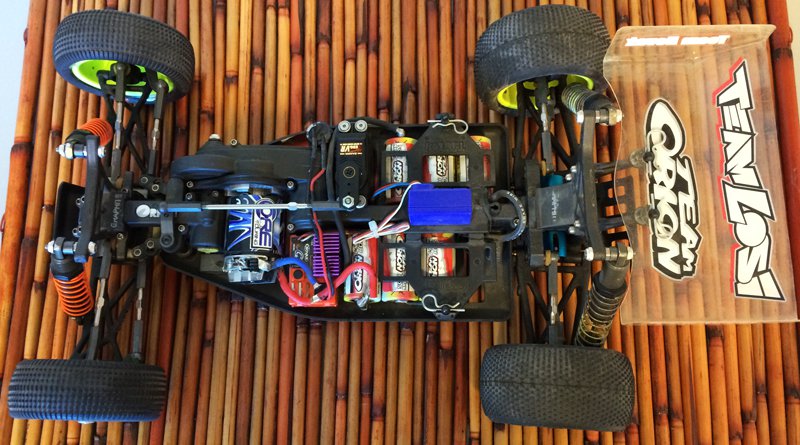 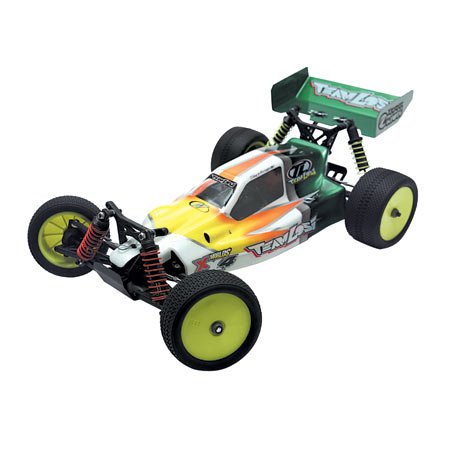 In 2005 major events were run on rough rutted tracks and the XX-4 ruled again winning both the European Championships as well as the last two rounds of the prestigious UK 4WD championship along with the 2005 BRCA Junior and Regional Championships. 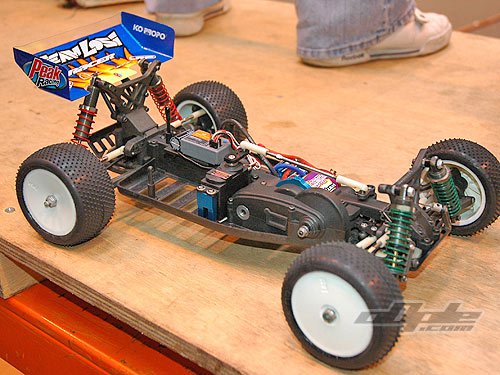 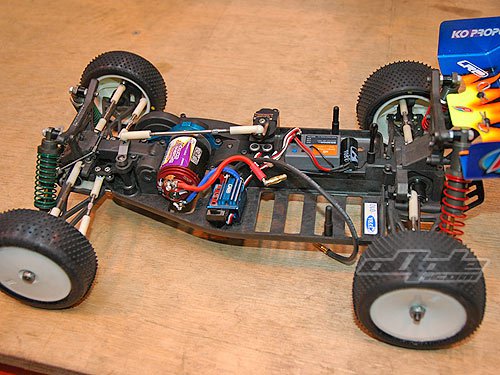 (Ellis Stafford's 2005 European Championship winning XX4 - Photo Courtesy of oOple.com)
According to oOple.com, the car shown above that Ellis Stafford used to win the 2005 European Championship was not a re-released version of the car, but one of the original cars from 1999.
oOple stated at the time of the photos, "The car isn't very heavily modified but does have a selection of custom made, 3rd party and Team Losi option parts. The car uses LCD front drive shafts and BK Bones on the rear. Some custom parts have been designed and manufactured by Paul Worsley to improve aspects of the car. Trinity alloy parts are used in some areas." 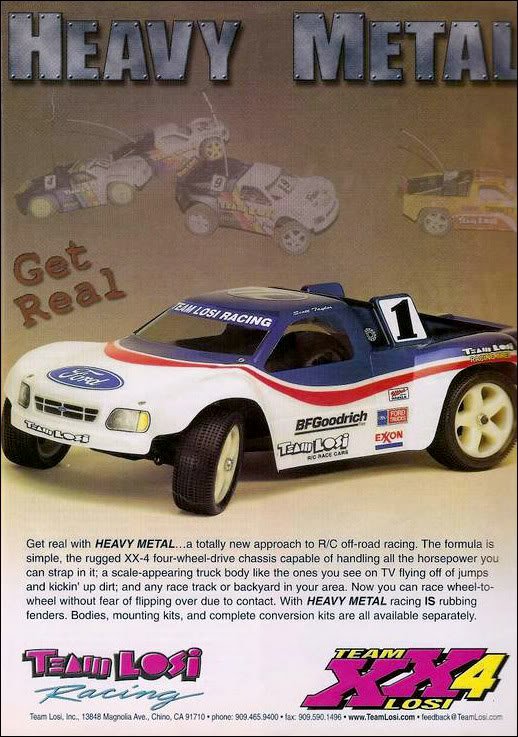 The XX-4 was Team Losi's first 4wd buggy creation, and it proved to be a success for MANY years. It was the basis for multiple future models and conversions including the Worlds winning Street Weapon touring car, the Heavy Metal SC conversion truck, the Rally Weapon, and many of the original designs were still found on the XX-4 inspired 22-4 buggy released in 2013.
Flashback Friday
Share:
blog comments powered by Disqus