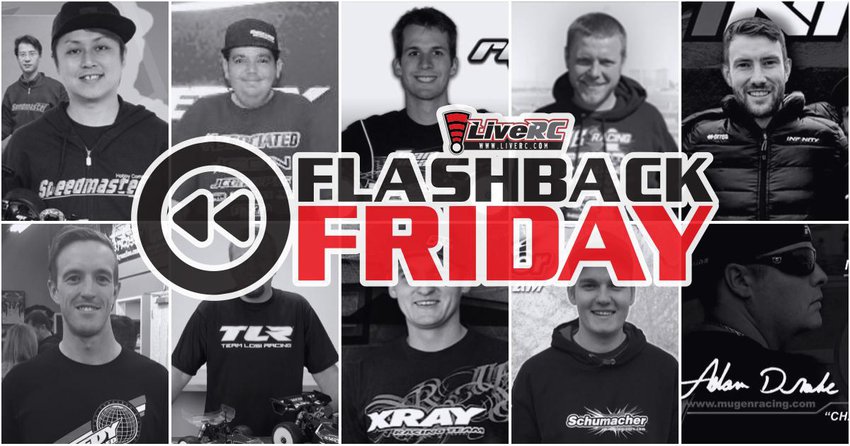 Kinwald first joined Team Losi in 1994 and racked up over 20 national championships while competing in all 1/10-scale electric and nitro off- and on-road classes for the brand. The partnership broke apart in 2005, when illness knocked Kinwald out of the racing scene for more than a year. After moving from Southern California to Tucson, Arizona, Kinwald started racing again as a member of X-Factory. When the small Ohio company had to reallocate resources to the medical care of its founder in 2011, Kinwald found a spot on the Team Associated and Reedy roster, with whom he had won his first IFMAR Worlds in 1993. While his time at AE proved successful, Kinwald has since “returned home” to TLR for the 2018 race season and is expected to continue with the brand in 2019. 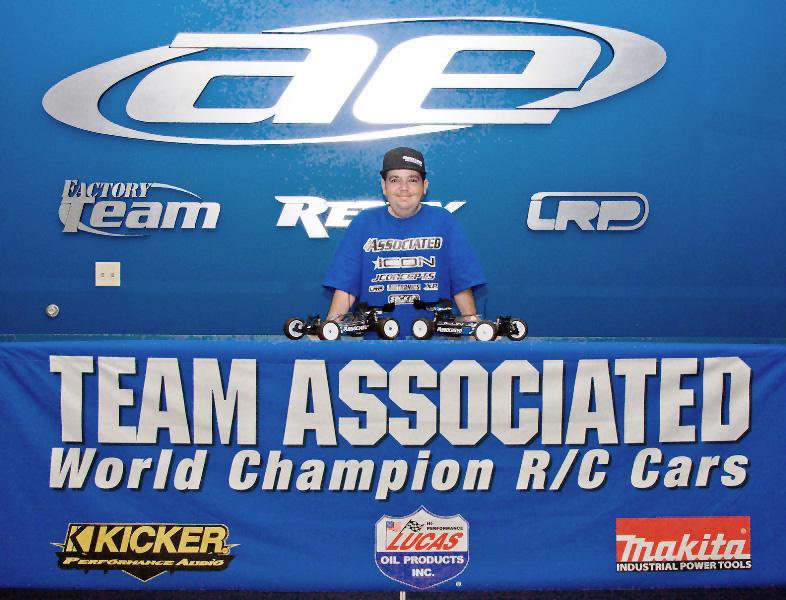 In a shocking announcement for 2011, Ryan Lutz signed a 10-year contract with Team Durango. This was/is a rare occurrence in the R/C industry as many pros are lucky to sign 2-3 year deals. The 10-year contract and plans for Ryan all changed as the brand restructured their race team in 2014, and he would make the difficult decision to part ways with the brand. After the Team Durango brand suffered a decline in business over the next several years, Hobbico decided to terminate the product line in 2017 (which would have been 4 years short of completing Ryan's contract). Lutz signed with Tekno RC as their first star driver in 2015 and has been with the brand ever since, however, rumors of changes for Ryan in 2019 are circulating heavily.

Atsushi Hara made stunned the industry in 2013 as he announced his departure from HPI Racing / Hot Bodies, who he had been with for 13 years. The announcement was a shock to all, especially following his 2008 IFMAR 1/8 Off-Road World Championship win in America. Hara spent quite some time "testing" his options before signing a 3-year deal with SWORKz. This was not the last of the surprises however, as just shy of 2-years into the 3-year deal, Hara would announce his departure from the SWORKz factory team and role as brand ambassador.

After a 20-year relationship, Adam Drake shocked the industry with his departure from TLR and Horizon Hobby in 2015. Drake started racing for Team Losi in 1994 and went to work for them in 2000 as the Team Development and Strategies Manager. Drake was heavily involved with the brand's emergence in the growing nitro scene, campaigning the XXX-NT nitro truck platform that spawned two full-option versions bearing his name. In 2006, Drake worked with TLR engineers to help create the 8IGHT buggy and drove the first generation to the ROAR National Championship the following season. He would go on to join Mugen Seiki Racing as a driver and employee, which he remains there today and shows no signs of leaving for 2019.

Ryan Maifield's 2014 departure from Team Associated to join rival team TLR is perhaps still one of the most shocking Silly Season surprises in recent history. Ryan would leave AE after eleven years of success including nine National Championship wins and arguably one of the most successful partnerships in R/C history. Ryan joined TLR where he spent two years with highs and lows but would then leave for Mugen Seiki (1/8-scale) and Yokomo (1/10-scale) in 2017 where he won his first two IFMAR World Championship titles. He is currently still with Mugen and Yokomo, with no rumored changes in chassis for 2019. 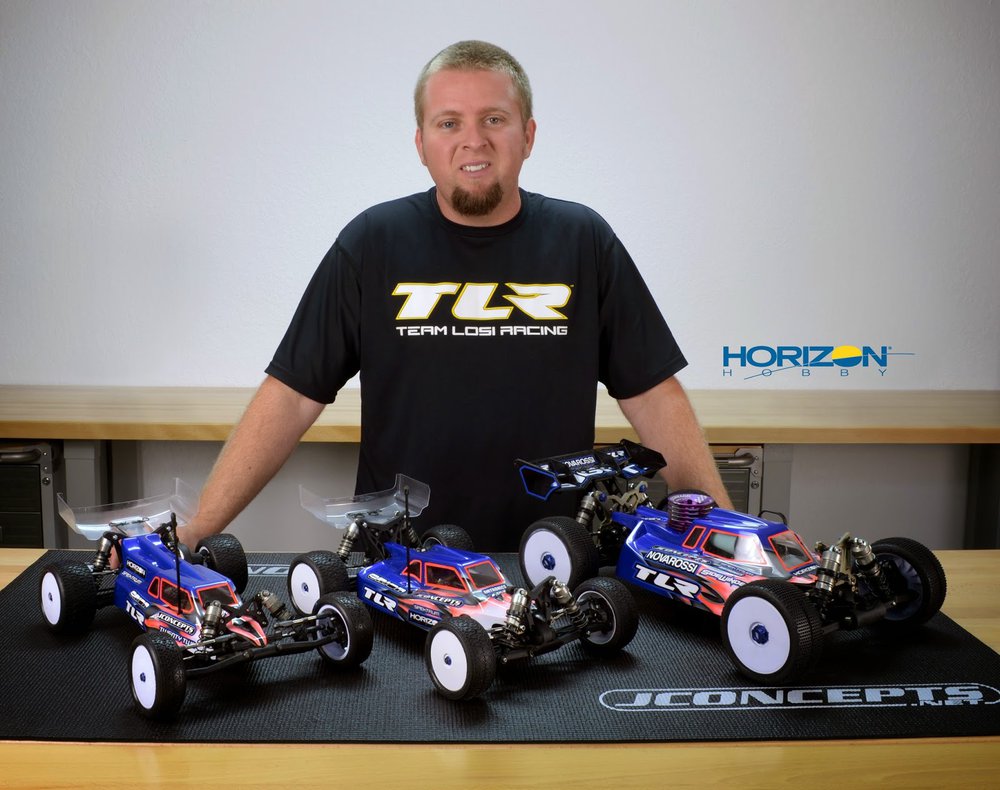 After a 5-year relationship with Mugen Seiki, Lee Martin made a surprise announcement at the end of the 2016 race season that he would be making a change for 2017. Little did the industry know that he would be signing with the new Creation Model / Infinity team. This was a surprise in itself, but at the time (and still to this day) the company does not offer an off-road vehicle of any scale...which is Lee Martin's specialty. As it turns out the deal was more than just racing for Lee, as his years of experience and success is being put to work behind the scenes as Creation Model / Infinity work to release their off-road lineup in the near future.

After beginning his professional career with TLR in 2007, Dustin Evans went on to become one of the country’s fastest electric off-road racers, eventually winning a Reedy Race of Champions Invitational title and ROAR 2WD Modified national championship in 2011. Despite the success, Evans made a surprise change of plans in 2017 where he left Team Losi Racing, Team Orion and JConcepts to sign with his current sponsors Team Associated, Reedy and Pro-Line. 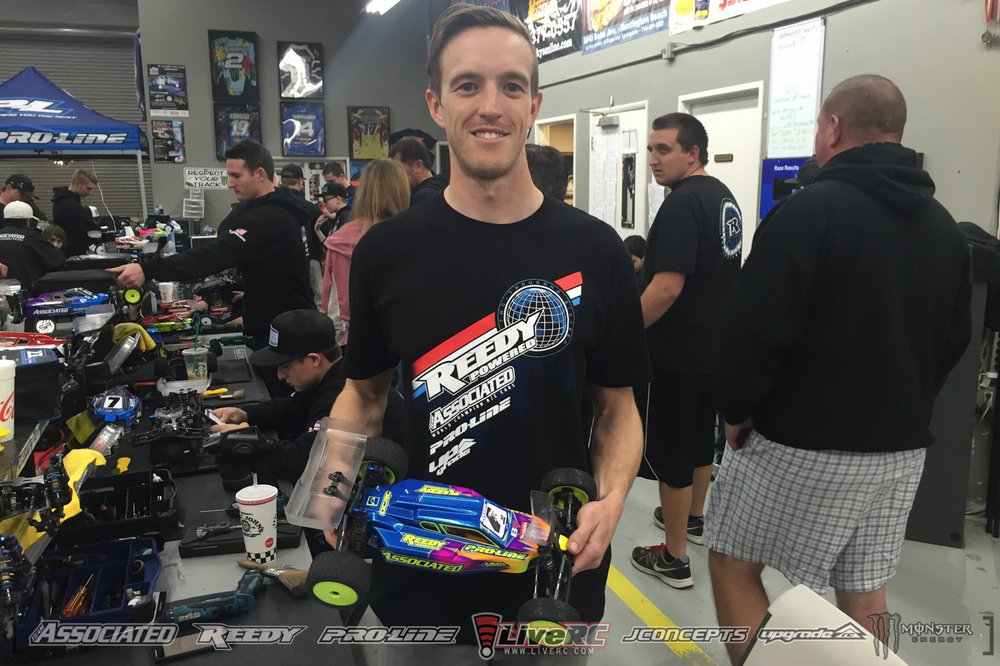 After representing the brand for over a decade and winning the 2014 IFMAR World Championship, Ty Tessmann announced his surprise departure from HB Racing in 2016 after the company was acquired by Neidhart SA the previous year (another surprise). As a team, Gord and Ty Tessmann would move their program to XRAY for 2017 with Gord working as Team Manager and Ty working as one of XRAY’s star drivers. The duo has gone on to win multiple National Championships for XRAY, and to the best of our knowledge will remain with XRAY for 2019.

Following the departure of Ty Tessmann from the HB Racing team, news of long-time Kyosho driver Cody King joining the HB team made yet another surprise for the 2017-18 Silly Season. King, the 4-time Worlds finalist and 2010 World Champion with Kyosho, made the official jump to his new team the week of the 2017 Dirt Nitro Challenge. In late 2017, King and HB Racing would part ways unexpectedly which saw him make another surprise move to Serpent for 2018. 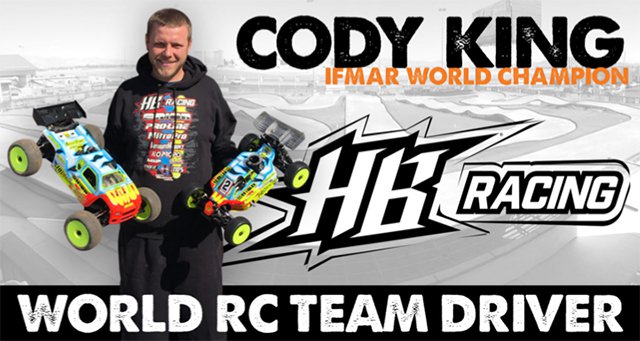 After the collapse of Team Durango’s racing efforts, German National and European Champion Jörn Neumann made big news when he not only switched to Serpent - but joined the brand’s office staff and brought his long-time mechanic, Gerd Strenge, along with him in 2015. Despite a European Championship win in 4wd together, Jörn made a shocking 2017 mid-season announcement ending their relationship and leaving the industry wondering about his future in R/C. As 2018 approached, his fans were relieved to see Jörn continue his R/C career by signing with Schumacher (1/10-scale) and SWORKz (1/8-scale). 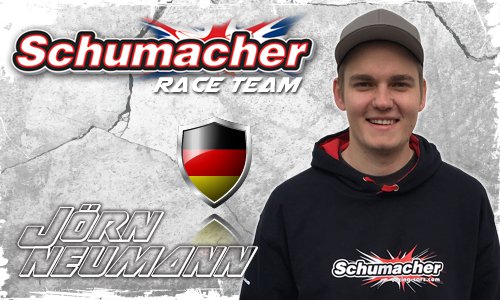 Will 2019 bring more big surprises to add to the list? We have good reason to believe so. Stay tuned as shocking announcements are coming soon!