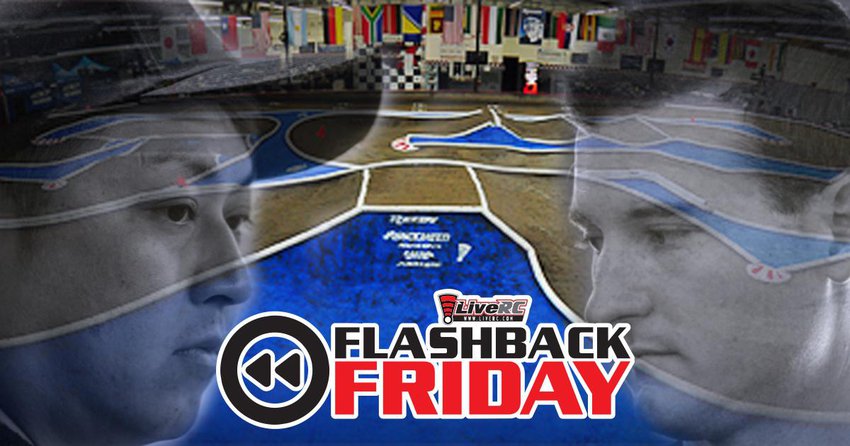 We are less than one week away from arguably one of the most prestigious 1/10-scale off-road races in the world - the Reedy International Race of Champions. The race was first held in 1987, and over the years it has seen a lot of great racing, talented drivers from around the world, and has been a "kickstart" to many upcoming driver's careers.

For this week's Flashback Friday we revisit perhaps one of the most exciting, clean cut, and adrenaline pumping battles in Reedy Race history as Ryan Cavalieri and Atsushi Hara go wheel-to-wheel right down to a mind blowing finish in 2012.

Eric Swanson, former employee and reporter for LiveRC, described the epic race by saying, "In what many have called “the greatest race they’ve ever seen,” Atsushi Hara made a pass on Ryan Cavalieri that will live for the ages. After battling neck-and-neck for five minutes in the first round of 4WD, Cavalieri held a car lengths advantage over Hara entering the final turn before pushing wide coming onto the straightaway. This allowed Hara to plant his car straight and motor past Cavalieri down the straightaway and take the lead a foot before the finish line. The building erupted into applause louder than any I’ve ever heard at an R/C car race."