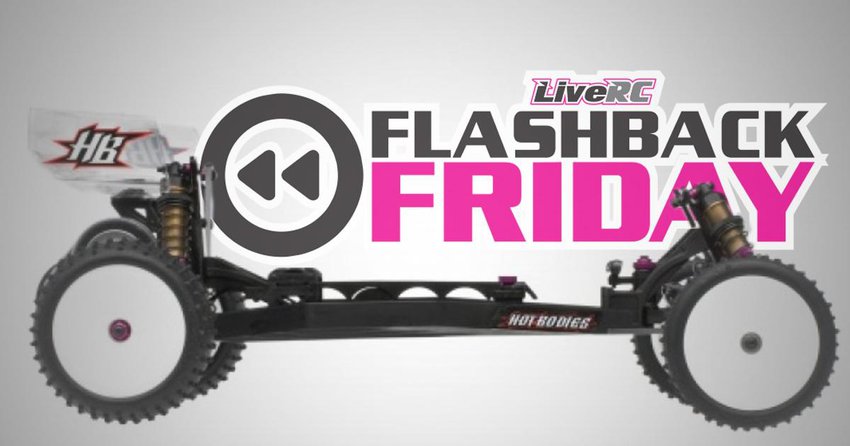 HB Racing has seen a lot of changes, a lot of success, and has come a long way since their early beginnings as "Hot Bodies" under the ownership of HPI Racing. The HB Racing brand, now owned by Neidhart SA, continues its success this past weekend by wrapping up this year's EFRA European 2wd Buggy Championship in the hands of David Ronnefalk. David was was driving a prototype D219 buggy, which is the next generation HB buggy since the D216 released in late 2015. 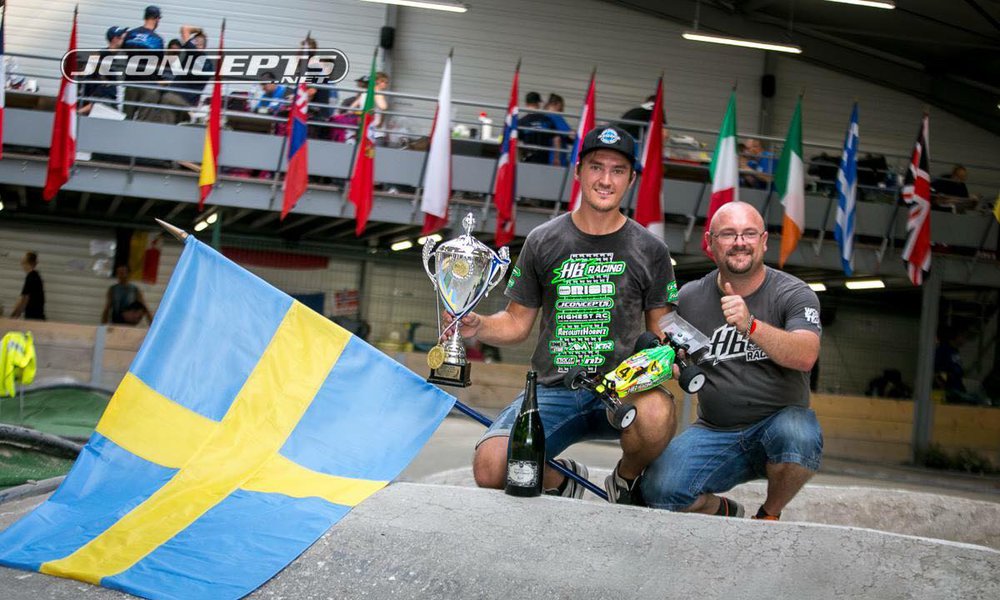 While many believe the D216 was the HB Racing / Hot Bodies first ever 2wd buggy, that is not actually the case. In February of 2008, HPI Racing announced a new "pro-level competition 2wd buggy" known as the Cyclone D2 that was expected to be released before the '08 summer racing season.

While it was raced and tested by team drivers including Travis Amezcua, mysteriously the Cyclone D2 buggy was never released. Reasons to why the buggy was never released were never officially confirmed, but rumors began to swirl. Some say that the buggy's lead designer left the company and took his designs with him. Other say it was a "financial crunch" putting a halt on the project.

Regardless, the "D2 of today" is alive and well, and we anxiously await the D219 release soon. Until then, we "Flashback Friday" to 2008 for the official announcement of the HPI Racing / Hot Bodies Cyclone D2 1/10-scale 2wd buggy. 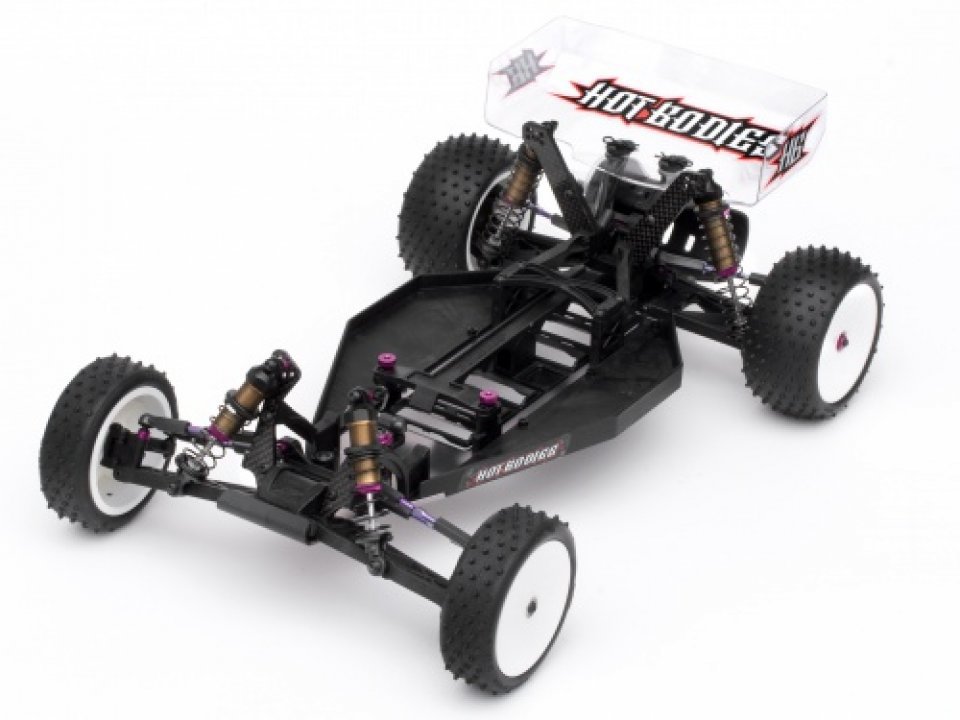 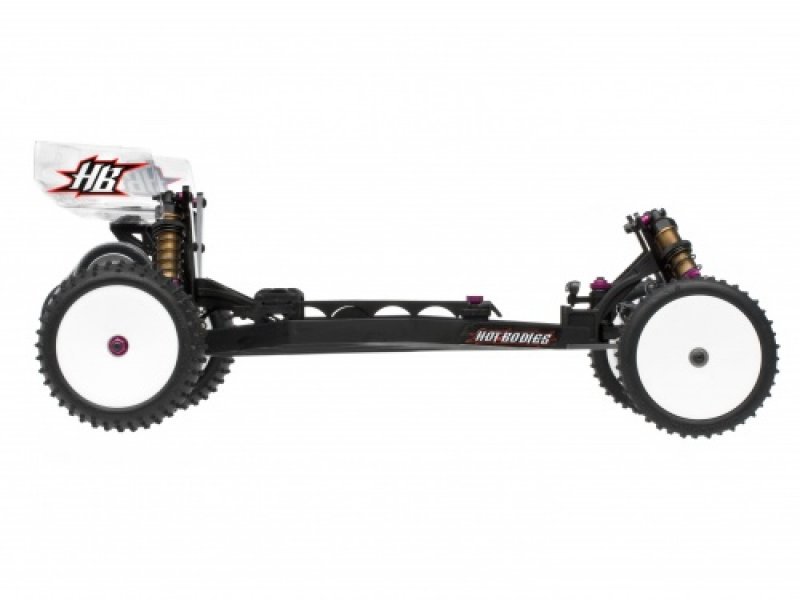 The Cyclone D2 is set to conquer the electric 2WD buggy class around the world. In development for over a year and designed with strength, tuning, maintenance and compatibility in mind, the Cyclone D2 will revolutionize 2WD off-road! The first thing you'll notice is the aluminium main chassis. This chunk of machined 7075-series alloy serves as the backbone of the Cyclone D2 and also as a solid mounting point for all the critical components of the buggy. The battery tray can fit standard 6 or 7 cell sub-C batteries or any hard case Li-Po pack designed for RC cars, held in place with large thumbscrews for a secure fit. By using stiff foam padding and offset cell trays you can easily alter the weight balance of the buggy for increased steering or more traction. 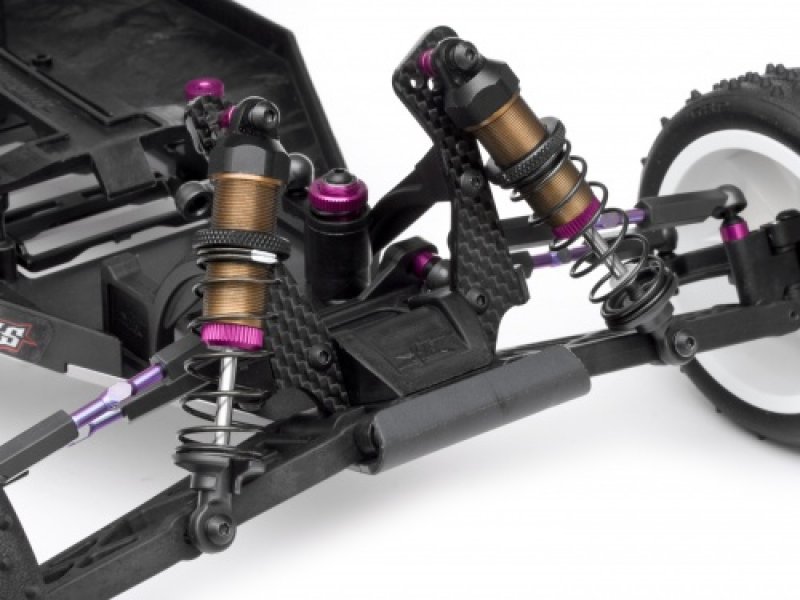 At the front end, you'll find a unique split shock tower that securely mounts the shocks in place using one of 5 shock mount locations. Three mounting locations on the suspension arm give you a multitude of tuning options, and vertical camber link ball studs on the front steering hub allow you to quickly make roll centre adjustments. 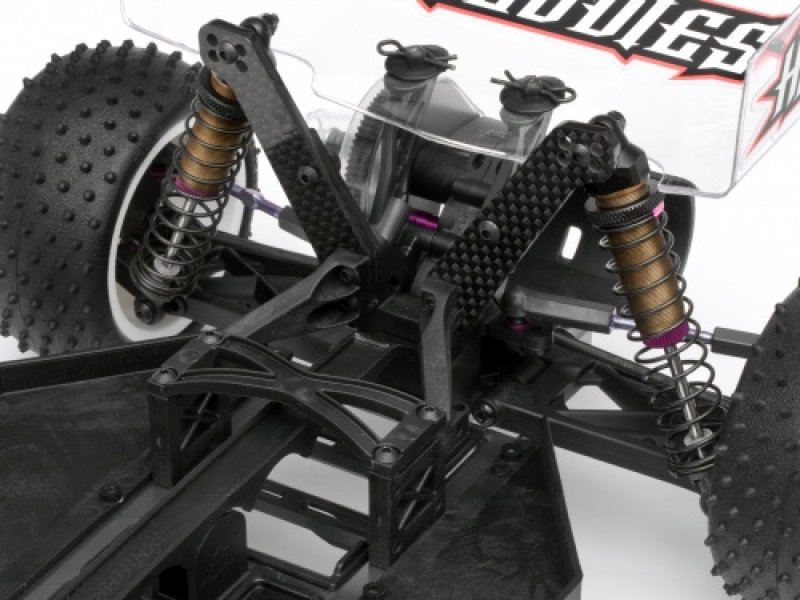 At the rear the suspension setup is similar, with a split shock tower, 5 upper shock mount locations and 3 more on the arm. The rear hubs also feature quick roll centre tuning with vertical ball stud mounting, and CV-style driveshafts get all the power from the motor to the drive wheels. The 3-gear transmission and motor are mounted in the traditional manner, behind the shock tower, to fit the driving style of nearly all off-road racers. Carbide diff balls and long-wearing components inside the diff and transmission reduce maintenance times and make sure that all the power from the motor gets to the ground. The shocks at both ends use hard-coated, threaded aluminium bodies with upper and lower threaded caps and titanium nitride-coated shafts for long life and durability. The wing can be mounted either high or low to enhance traction or speed, depending on the needs of the track. 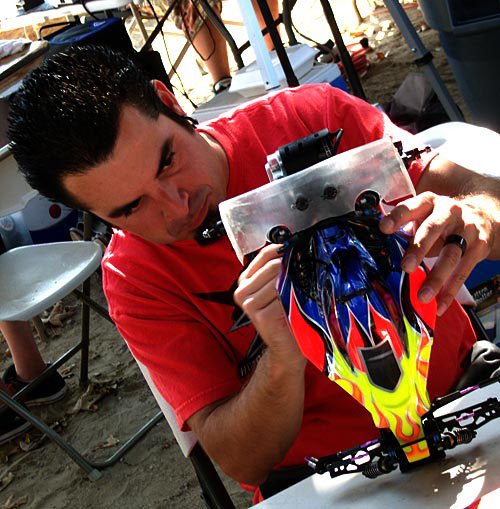 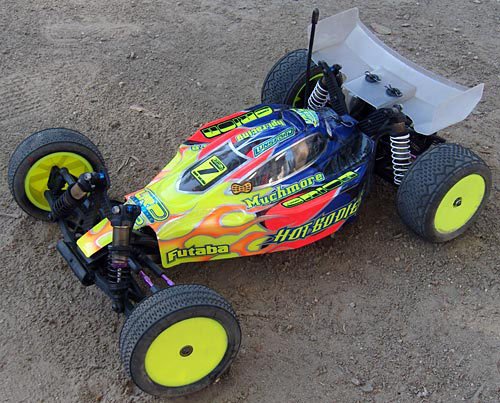