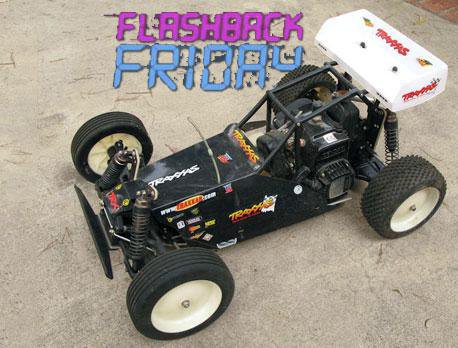 Everybody knows that Friday is meant for reminiscing old times. Each week we take you back in time as we flashback to some of R/C racing's greatest moments, products, drivers, and more!
Flashback: 1993
Traxxas Monster Buggy appeared way ahead of its time
Traxxas made big news today with the announcement of its new X-MAXX monster truck, the brand's biggest and gnarliest monster truck yet. It shares little more than a suffix with the previous iterations of the MAXX platform, which certainly didn't invent the RC monster truck - but inarguably ignited the trend of overpowered, RTR, 4WD vehicles that still rank among the most popular classes of RC vehicle anywhere. When the original T-MAXX dropped in 1999, nearly ever major RC manufacturer followed suit.
Monster trucks certainly aren't the only class where a Traxxas release started a snowball effect. The Slash wasn't the first full-fendered, short-course-style truck either, but it did define the dimensional standards for everything that came after it. The Stampede, Rally, and JATO vehicles all spurred other brands to create "me too" vehicles, too. In fact, the whole RC industry can thank Traxxas for trying to include a completely assembled, totally outfitted all-in-one vehicle in a box - which they accomplished with the CAT all the way back in 1987.
Of course, not everything can be a home run. There have been a lot of brilliant ideas that never really caught on in the RC industry, or were simply released at the wrong time. Over 20 years ago, Traxxas tried something pretty radical, and the RC world just wasn't ready.
Released in 1993, the Traxxas Monster Buggy was a 1/6-scale, 2WD buggy powered by a Zenoah G230RC 23cc engine - the same mill that's still used as the basis for the powerplants found in 1/5-scale touring cars. The engine produced enough power to accelerate past 35 mph! 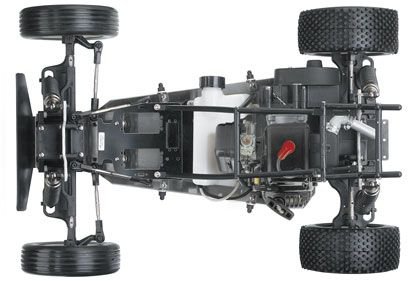 It was sold as a pre-assembled chassis with the engine installed, but required the user to mount the tires and body, and install his own radio gear. With no 2.4 GHz radios available at the time, it was recommended that a PCM radio (Pulse Code Modulation, a more secure signal than either Amplitude Modulation or Frequency Modulation) was used. The car required a single, standard-sized, high-torque servo to be used for throttle and brake, and two large-scale servos for steering.
To power the electronics, a 5-cell pack made of Sub-C sized NiCD batteries was needed - like this brick: 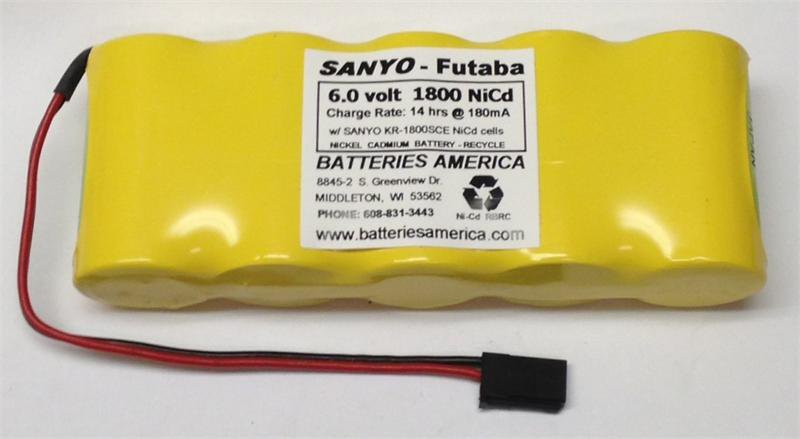 Photo: Batteries America
The Monster Buggy also spun off a similarly sized on-road variant, which was topped with a Mercedes-style touring car body made of ABS plastic. It only lasted a short time - and finding information or photos on the Internet is tough! 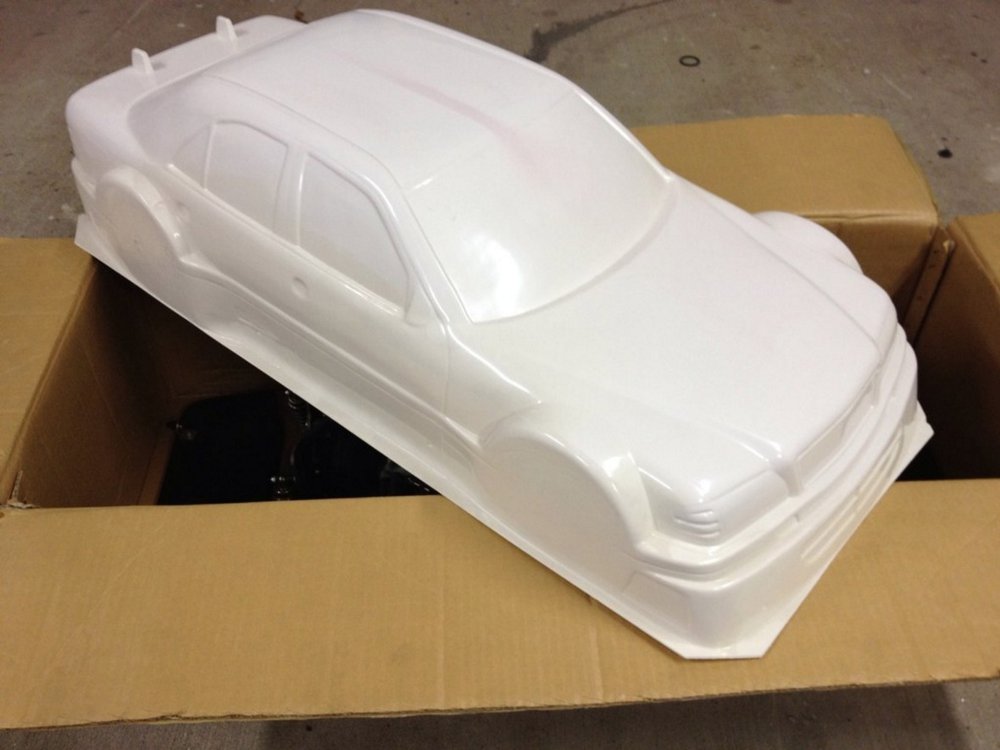 This is what the body looked like - you can see the rest of the gallery from flickr user "eightsixed" here:
www.flickr.com/photos/eightysixed/6641244745/in/album-72157628731175569/
The Monster Buggy, on the other hand, exists in a lot of owner photos all over the web - and Horizon Hobby still lists its manual and exploded views on their website: www.horizonhobby.com/products/1-6-2wd-gas-buggy-w-zenoah-engine-TRA6002
Those who owned and maintained the Traxxas Monster Buggy (which was later renamed to simply “1/6 Gas Buggy”) loved the opportunity to have something different, but the RC world - thanks in no small part to the radio equipment at the time, but also the lack of aftermarket support - didn’t support the Monster Buggy. It was officially discontinued from Traxxas’ product line before 2000. Over six years later, HPI Racing debuted the new Baja 5B - and launched large-scale off-road into the RC mainstream.
Traxxas Monster Buggy specs
Chassis: T-6 aluminum
Wheelbase: 18.625 in. (473mm)
Length: 26.5 in. (673mm)
Track width: 17.375 in. (442mm)
Front suspension travel: 2.625 in. (65mm)
Rear suspension travel: 2.75 in. (70mm)
Final drive radio: Adjustable - 2.59-3.06:1
Gear ratio: Adjustable - 6.70-9.36:1
Caster: 20 degrees
Body: Die-cut polycarbonate
Engine: Zenoah 23cc
Fuel: 25:1 gasoline/two-cycle oil 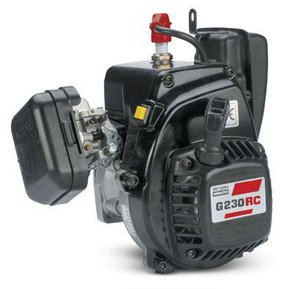 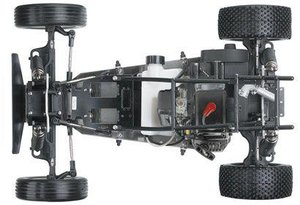 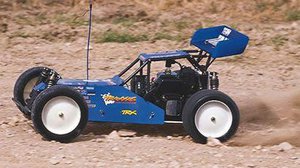 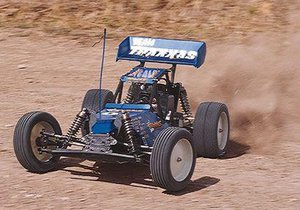 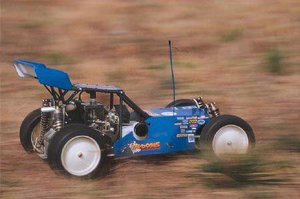