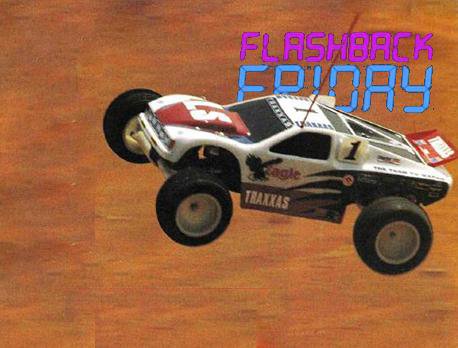 12/5/2014
By Aaron Waldron
LiveRC.com
Everybody knows that Friday is meant for reminiscing old times. Each week we take you back in time as we flashback to some of R/C racing's greatest moments, products, drivers, and more!
Flashback: 1990
Traxxas enters RC racing scene and starts winning
Traxxas' history within the RC racing world is something that you might hear mentioned by an old-school racer every once in a while, but without some serious digging you may never know how big their competitive efforts actually were. Much of that has to do with the timeframe - there's not a whole lot of information available before the late-90s, when the only way to hear about anything related to RC racing was through word of mouth, or catching an article in a magazine. I can recall tales of Traxxas' history from Gary Guest, the announcer at a local San Diego track while I was growing up who became a close friend and mentor to my father and me during the beginning of my own racing career. After scouring the Internet for old photos and magazine clippings (with a big shoutout to RC10Talk), however, I learned a lot more about where the brand has been than I ever knew.
Although the company can be credited for kickstarting the popularity of some of RC's most widely known vehicle types, like the monster truck and the short course racer, it has been well over a decade since Traxxas offered anything but a Ready-To-Run. Like any other RC manufacturer with roots back to the late-80s/early-90s, however, racing was a big part of the formative years of the Texas-based brand. Traxxas was originally founded in 1986 with the goal of producing the hobby's first RTR vehicles, starting with the CAT buggy. 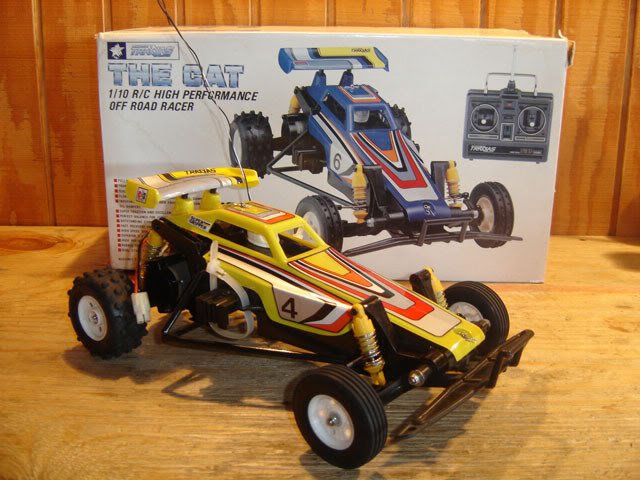 Over the next few years, Traxxas started producing other models refined with information gathered - where else? - on the racetrack, assisted by a team of sponsored racers that campaigned kit versions of 1/10-scale trucks and buggies that fit the mold created by similar vehicles from Team Associated and Team Losi. Even then, Traxxas was regarded as an underdog against those juggernaut teams and often scouted drivers near their Texas headquarters rather than venturing out to SoCal. When it came to winning the largest regional and national championships of the day, however, Traxxas was almost always in the mix.
Though 2WD and 4WD Buggy have always been the premier classes internationally, stadium truck conversions began popping up in the late-80s and the class was anchored by the release of Team Losi's JR-XT and then Team Associated's RC10T. Traxxas joined the fray with their own "pickup" version of a buggy chassis, called the TRX-T Eagle, and made a splash at the 1990 NORRCA Nationals held in Dallas - right in Traxxas' backyard. 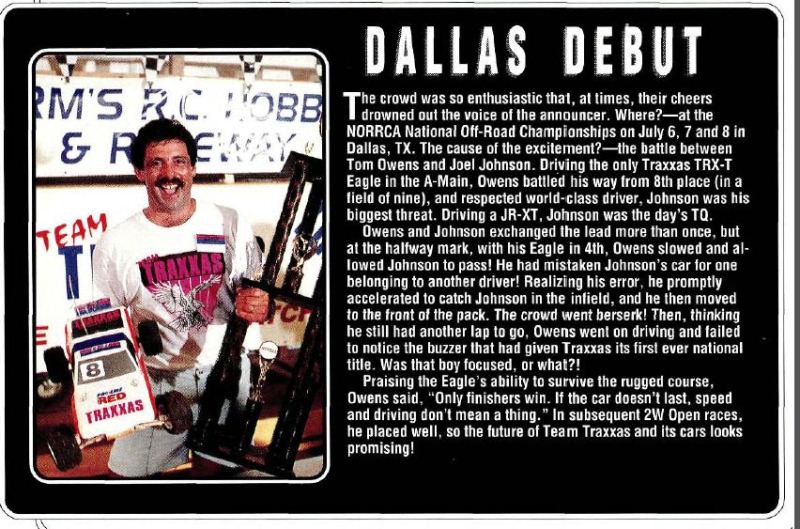 In 1991, Traxxas released the TRX-1 buggy after months of testing - which included Scott Montgomery's A-Main finish at the IFMAR World Championships in Detroit (the race best known for Masami Hirosaka's victory with the original "Stealth" RC10). 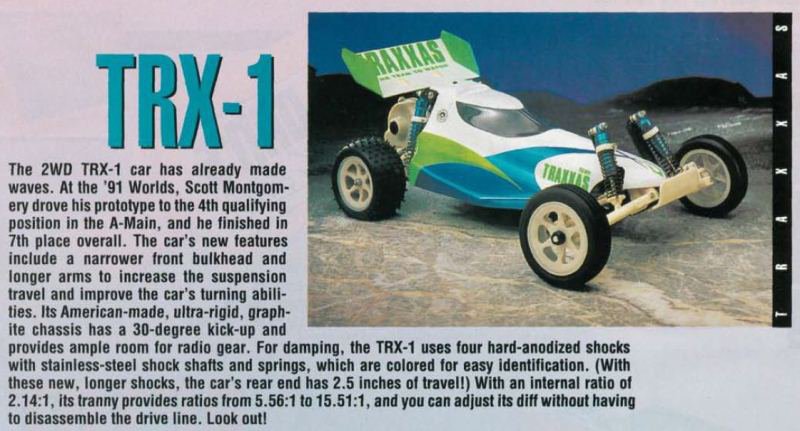 Montgomery's teammate Rick Vehlow had a banner weekend at the 1992 ROAR Nationals, where he won the Stock Buggy class and finished in the A-Main in Modified. 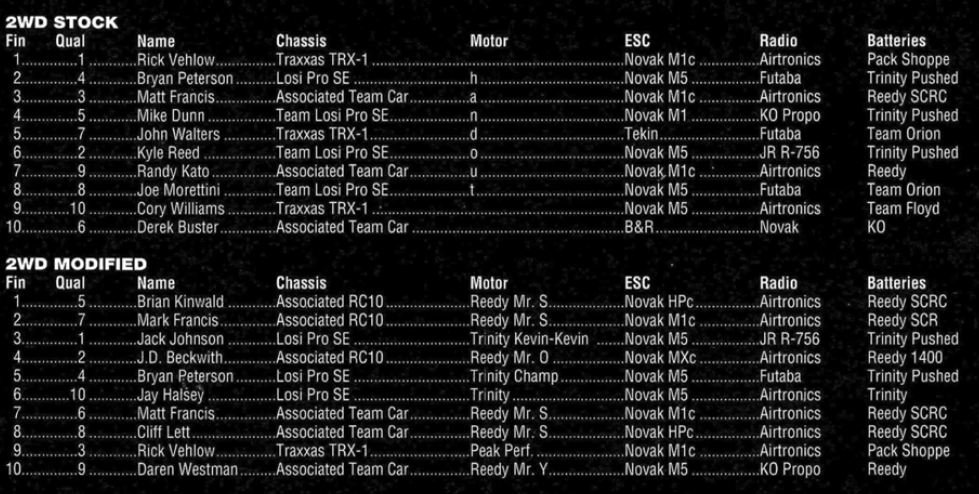 Traxxas was among the companies who touted their race wins in magazine advertisements. 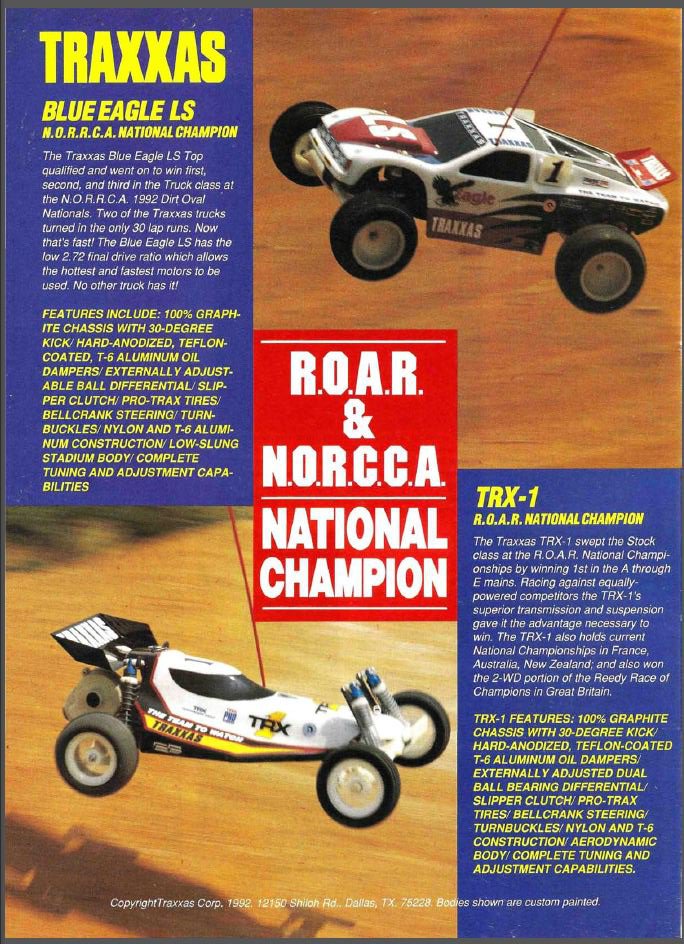 For the 1993 season, Traxxas released a new LS-II truck and TRX-3 buggy. 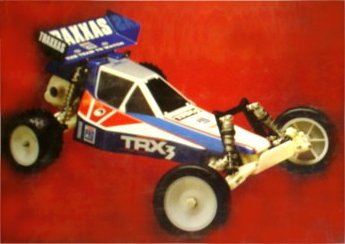 At the 1993 ROAR Nationals, Vehlow and John Waters both entered the Stock Buggy class with the TRX-3 - the successor to the TRX-1 buggy. Vehlow finished on the podium (behind winner Jeremy Kortz!) and Waters was sixth.

Whereas the ROAR Nationals have always combined all drivers into one class, NORRCA races throughout the mid-90s offered separate "Factory" classes for pro drivers and "Expert" for the lower sponsored racers. At the 1993 NORRCA Nationals, Vehlow scored a podium finish in the Factory Truck Modified class and Chris Raceles made both Expert Modified main events - including a third place finish in Truck. 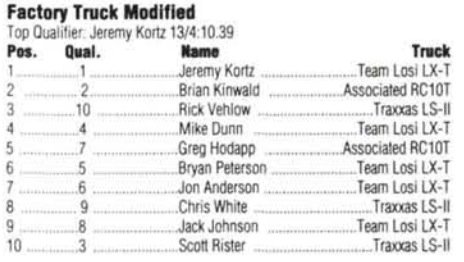 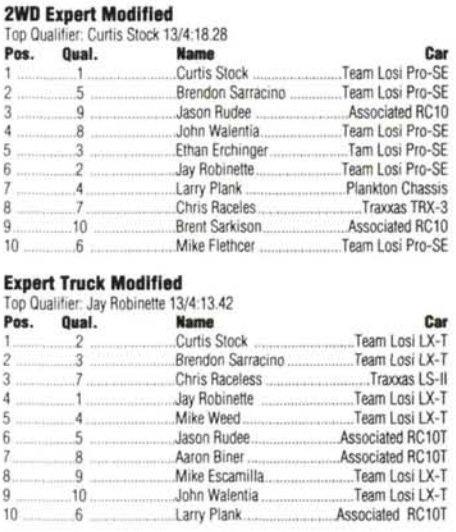 Vehlow had another great year in 1994, finishing fourth in both Stock and Modified at the ROAR Truck Nationals. How many names in these lists do you recognize? 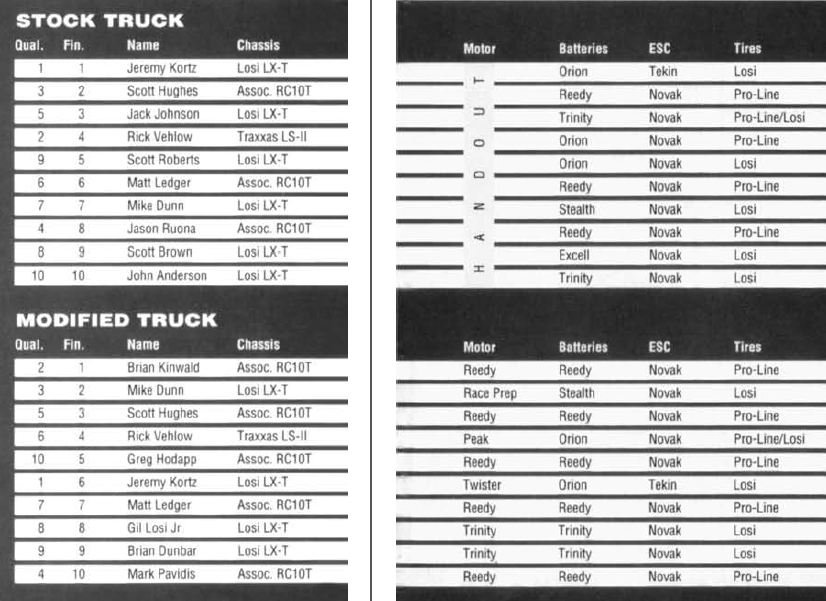 Racing was serious business by the mid-90s, with Team Losi and Team Associated both paying drivers to compete at the highest levels. Traxxas slowly faded away from the racing scene, and though they were always a staple of hobby shop shelves a certain product called the "T-Maxx," which launched in 1999, thrust them into a whole new spotlight.
Flashback Friday
Share:
blog comments powered by Disqus