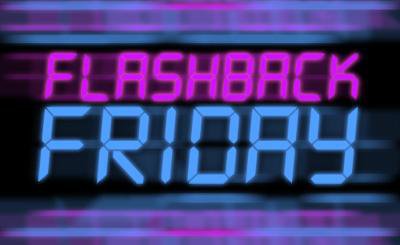 1/3/2014
By Mike Garrison
LiveRC.com
Everybody knows that Friday is meant for reminiscing old times. Each week we take you back in time as we flashback to some of R/C racing's greatest moments, products, drivers, and more!
Flashback: 2008
Traxxas starts the short course boom by releasing the "Slash"
The year was 2008, and R/C was in for a change. With the growing popularity of full size offroad truck racing, Traxxas designed and released a replica R/C truck known as the "Slash". While many expected the Traxxas Slash to be a hot seller, no one expected the R/C revolution it would start.
The Slash was first released and seen around the world as fun R/C bashing vehicle. Not long after it became popular enough that groups of racers began to form a racing class, which allowed ONLY the Traxxas Slash vehicle within it. The class grew to massive proportions with some of the biggest numbers in local and regional racing of any new class we've seen in the past 20 years.

It wouldn't be long, and other manufacturer's would see that they too got a piece of the short course boom by releasing short course trucks of their very own. Promoters began establishing events and series races solely based on short course R/C racing. Outside the industry, the Slash would become a major role in bringing newcomers into the hobby through extreme sports, demos, and more. Today, the Traxxas Slash is still one of most popular R/C cars on the planet, and continues to hold a strong class of its own at almost any local and/or regional race you attend (something that no other car has to it's name across the country).
The truck has provided a lot of good memories on and off the track for new and old R/C enthusiasts alike. If it weren't for the 2008 release of the Traxxas Slash, we might never have seen what we know and love today as short course R/C racing. Original Press Release by Traxxas:
"The new Traxxas Slash Short-Course Race Truck puts you in the drivers seat for intense fender-to-fender, high-flying off-road action. The full-scale Short-Course Race Trucks embody the spirit of Traxxas R/C with their extreme 900+ horsepower racing engines full-throttle, dirt-roosting power slides, giant suspension travel, and Supercross-style big-air jumps. The Traxxas Slash brings all the action home so you can experience the high-speed head-to-head competition at the track or in your own backyard. The Slash was inspired by the TORC™ (THE Traxxas Off-Road Championship™) Pro 2WD class. The Pro 2WD class specifies rear-wheel drive trucks purpose built to fly over jumps and rip full-throttle through the turns. The Traxxas Slash hangs it out for an all new way to challenge your driving skills. The 4-wheel independent suspension has been carefully tuned to replicate the Pro 2 driving and handling experience as closely as possible. The scale appearing tires provide just the right amount of bite and thick, blinding clouds of dirt roost."
Without a doubt, the Traxxas Slash was a HUGE stepping stone for R/C racing. Do you remember when the Slash was released? Did you ever imagine it would become so popular? Where would R/C be without the Slash?

SHARE YOUR THOUGHTS AND COMMENTS IN THE "VIEWER COMMENTS" BOX BELOW!