FLASHBACK FRIDAY: X Factory converts the B4.2 to mid-motor with X-6 Cubed Conversion 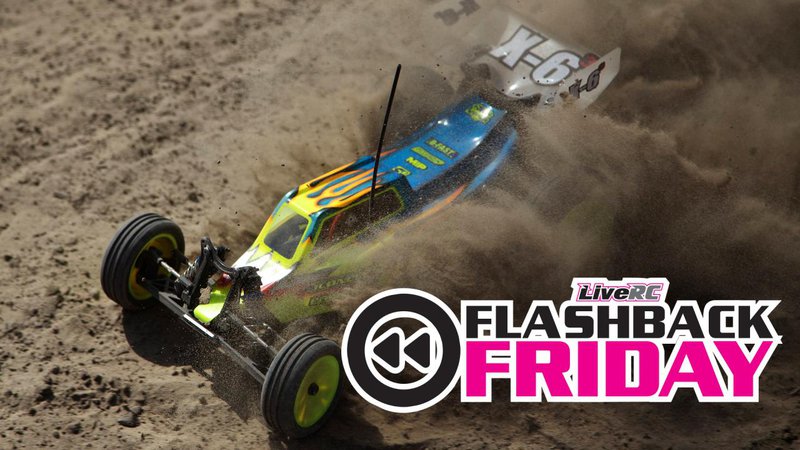 Everybody knows that Friday is meant for reminiscing old times. Each week we take you back in time as we flashback to some of R/C racing's greatest moments, products, drivers, and more!
If you walk into the hobby shop today preparing to buy a competition level 1/10-scale 2wd buggy for off-road racing, there is a 99.9999% chance you will walk out with a buggy using mid-motor configuration - regardless of what brand you choose. There was a time when the sight of a mid-motor 2wd buggy was a rare oddity. The tables have since turned, and it has now become more of an oddity to see a rear-motor configuration on the track.
One of the true pioneers and believers in the modern mid-motor 2wd buggy design is Paul and Chazz Sinclair - better known as X Factory. X Factory developed their line of mid-motor conversions for popular rear-motor buggies years before most major manufacturers released their own, and today we flashback to 2013 for an early interview with Paul Sinclair, and the highly anticipated release of the X Factory X-6 Cubed Mid-Motor Conversion Kit for the Team Associated B4.2!
LiveRC Interview with Paul Sinclair - Published February 15, 2013:
Last week we announced that X Factory will be releasing their latest creation, the X-6 Cubed, very soon. While the news was exciting to hear, there were very little details of what the new buggy was all about. We decided to catch up with X Factory engineer, Paul Sinclair, for a quick interview to tell us more about the new buggy. 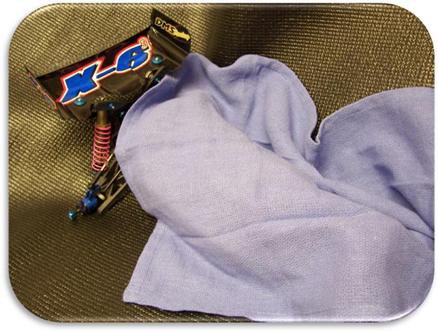 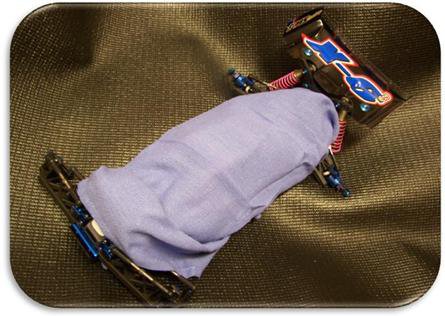 LiveRC: Paul, first of all thank you for taking time out with us to talk about the new X-6 Cubed. Let's start by talking about what are the major advancements you've made going from the stock B4 to the X6, to the X6 Squared, and now to the X6 Cubed?

Paul: Thanks for asking Mike; it's always a pleasure to talk with (and watch races on!) LiveRC. The major change from a B4 to an X-6, any version, is of course the mid-motor design. We firmly believe in the physics advantage that mid-motor offers: for any given tire, a shorter moment of inertia (physics-speak for the mass of the car being more centralized) allows you to carry more velocity around the corner. We've also found our cars are more stable when the going gets rough, and easier to drift like a 4-wheeler instead of spinning out. Beyond the motor placement change, though, there are more subtle differences - the rear pivot and suspension, the transmission, the body and wing - which help maximize the car's performance. You can't just take a rear-motor car, flip the transmission around, and expect to win.

As to the evolution of the X - 6, it's been a process of growth that has in many ways mirrored X Factory's own. The original car was conceived as I entered college, and the CAD was actually drawn by a generic tool and die shop with lots of input and guidance from Chazz. The Squared's chassis was the first major project I directly designed - drawn during my first year of graduate school - and was produced by a US machine shop with many years' experience making RC car parts. The Squared was much the same car as the original on the track, but was more durable, simpler, easier to build, and so on. The Cubed, now, is the result of 4+ years of racing and testing with the older cars. There has been so much learned along the way, and so many changes in our equipment, that an overhaul of the buggy is due. This is not an entirely new car, but another significant improvement on the X - 6.

LiveRC: Clearly there are some major differences between the Squared and the Cubed buggy, which do you feel is most beneficial to racers?

Paul: This sounds like a cop-out, but there are so many improvements it's hard to pick one. The chassis is longer for increased stability and consistency. At the same time it's narrower and much lighter. The Cubed can handle a wider variety of batteries and battery arrangements, and includes from the box things which required hop ups or custom-modification on the Squared. A quote from one long-time driver's early testing: "Think of every part of a car's characteristics you could comment on: balance, flight, jumping, responsiveness, bump handling, turn in, stability, acceleration, cornering speed; in testing so far, EVERY single aspect is better than what we had with the Squared. Add to that, the car is now slimmer, longer, and looks stunning. From what I have seen and now driven, the Cubed is simply better. 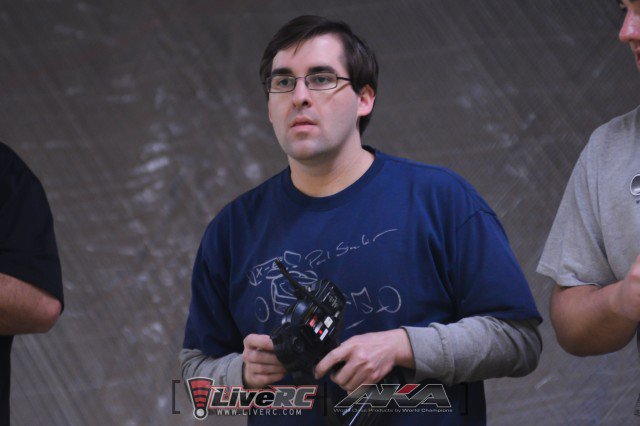 (Paul wheeling his X Factory machine at the 2013 CRCRC Midwest Electric Championships.)
LiveRC: There are multiple cars on the market today that offer mid and rear motor configurations, however, here in the United States rear motor is primarily used with racers claiming the cars do not perform the way they desire on dirt tracks. Clearly the X Factory cars perform quite well with the mid motor design on dirt, what are some of the major differences and reasons why?

Paul: As I mentioned above, there's more to making a mid motor car work than simply flipping the transmission. The motor's position and chassis layout isn't a tick-mark on the set-up sheet, but an integral part of the car's design. We've worked very hard on things like chassis layout and rear suspension design to maximize the mid-motor advantage. Did you know that out of the box an X - 6 Squared's weight distribution is nearly identical to the B4's? Sure the weight is more centralized, but there's just as much static weight on the rear tires. Attention to those kind of details is why X Factory's cars have succeeded where mid-motor "isn't supposed to work." With all the advancements in RC over the last three decades, especially considering modern super-soft tires, surely we can move on from our parents' chassis designs.

LiveRC: Obviously the buggy has been in testing for awhile, but flown under the radar of the media. How many Cubed's are out there currently?

Paul: Many of the elements and improvements for the Cubed could have been seen on a variety of team driver cars over the last year - things like longer chassis, different rear tower arrangements, trying out different cab-forward bodies, etc. By the end of the month we'll have 16 pre-production X - 6 Cubes running around the world, from Australia to the Belgium.
LiveRC: For current X6 Squared owners, is it possible to "upgrade" to the Cubed without purchasing an entire kit?

Paul: Yes, it will be cheaper to upgrade your X-6 Squared than purchase a new kit.

LiveRC: Will the advancements that have been made on the X6 Cubed be carried over to the X-60CF and SCX-60CF?

Paul: We will have to see. Both trucks are pretty new products for us, having been released in the last year. Certainly development continues with all our vehicles, and I'm sure you'll see elements from the buggy eventually reach the trucks. Once the X-6 Cubed is released, development will pick back up on the long-delayed X -7 4wd buggy. 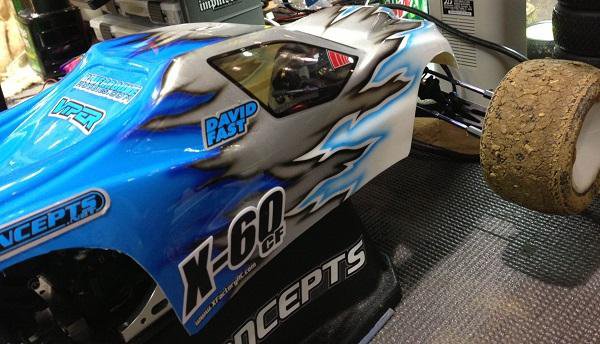 LiveRC: I graduated high school with a diploma in Basic Algebra, therefore I have been unable to solve the equation...what does X-6 Cubed actually equal?

Paul: I think the problem you're having, Mike, is that you're trying to evaluate an expression instead of an equation. We're missing the other half - we need to know what is on the other side of the equal sign. Since X Factory cars put you in the winner's circle more often than not, and circles look a lot like the number 0, we could surmise that X - 6^3 = 0. Then it's an elementary exercise to solve for X:
X - 6^3 = 0
X - 216 = 0
X = 216 QED

LiveRC: Hahaha! This is why YOU are an engineer, and I am not! Paul thank you for taking time to answer a few questions with us today, is there anything you would like to add?

Paul: Thanks for the chance to answer them, Mike! I would love to give a shout out to the whole X Factory Family; there's little better for me than watching someone else going fast around a track with our products, and I sincerely appreciate their support.
X Factory Press Release - Published July 29, 2013:
www.xfactoryrc.com
The eagerly anticipated X Factory X – 6 Cubed will begin shipping to dealers all over the world the week of August 1st. Many Dealers have accepted pre-orders, and most of them will be filled from this first production run.

The X – 6 Cubed is an all-new carbon fiber chassis update of the most successful mid-motor off-road buggy ever, the X – 6 Squared. Team drivers have been showing the new car off on three continents with considerable success for about two months now, and the initial production run is ready to ship.

X Factory introduced the first purpose-built mid-motor buggy seven years ago with the X – 6 molded chassis car, and that was updated in 2009 to the X – 6 Squared. Now the Squared has been significantly improved with release of the X – 6 Cubed. Mid-motor is inherently faster than rear – check the physics principles – and X Factory has long been known for cars that are easy to drive fast, so this new car vaults X Factory to the forefront of 1/10 off-road. 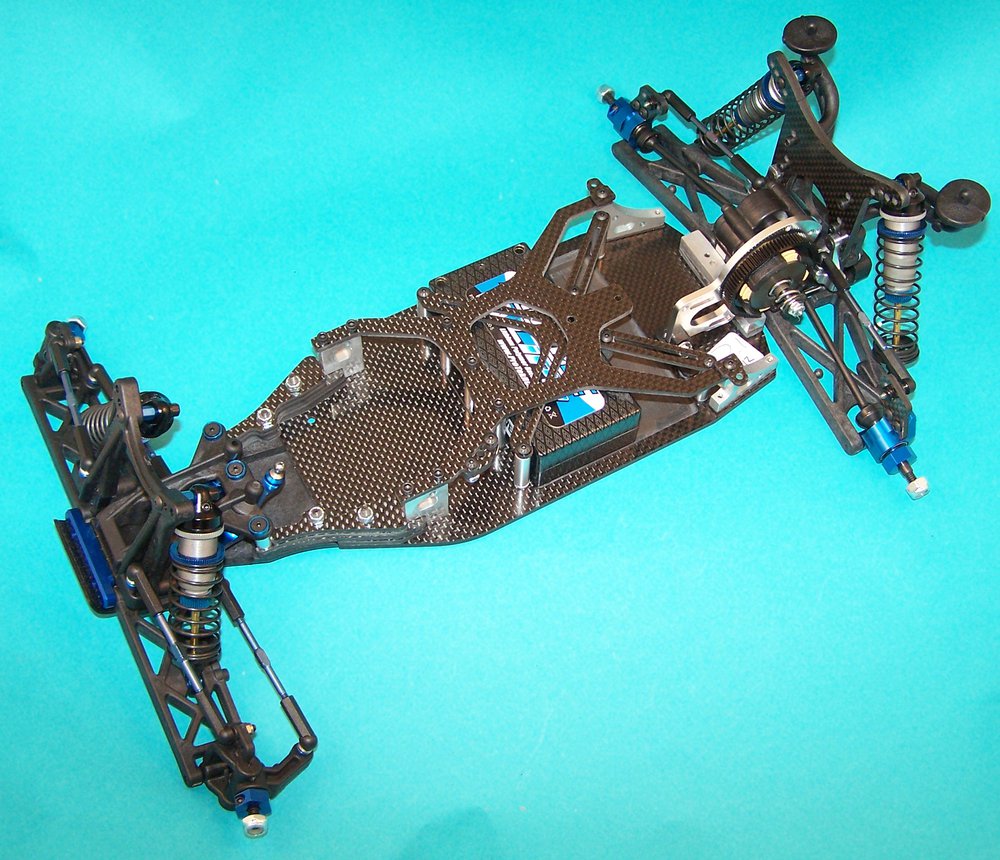