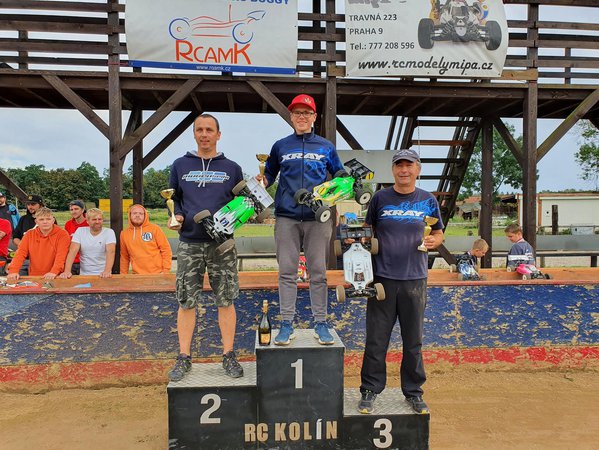 The 5th and final round of the Czech Open series 2020 took a place last weekend at the RC Klub Kolin track.

The weather forecast was very promising for the race and we had nice sun all day, but the heavy rains in the days before made the track wet even for the race, so there were no problems with dust or low traction.

I managed to take the TQ with the fastest time in qualifying with my XB8, Jiri Mara placed himself 2nd and Jan Horacek was 3rd.

In the Ebuggy class Jiri Benes took the TQ in front of Jiri Dvorak and Jan Domansky.

The start of the 30 minute main final didn’t go as planned for me as I made a mistake on the opening lap, but I was able to pass Jiri few laps later and finish the race on the first place with a comfortable gap! He took the 2nd place and Jan Hujer finished overall 3rd!

In Ebuggy the top 3 after qualifying had the exact same points after the three finals, but Jiri Dvorak with a faster time took the Win, in front of the XB8E of Jiri Benes and Jan finished 3rd.

This was the last race of the season, so we also had the overall championship prize-giving ceremony. I was able to take both titles, Nitro and Ebuggy with the highest points! As 3 races were counting and I took 3 TQ+Wins with both cars! In Nitro Tomas Kapicka was 2nd and Martin Vins 3rd, with Ebuggy Jiri Dvorak took the 2nd place and Jiri Benes 3rd.

Both my XB8 and XB8E were working awesome through the whole outdoor season. Big thanks to all my sponsors for this great package!

Looking forward for the next season already, but now s time for the 1/10 action, hopefully! 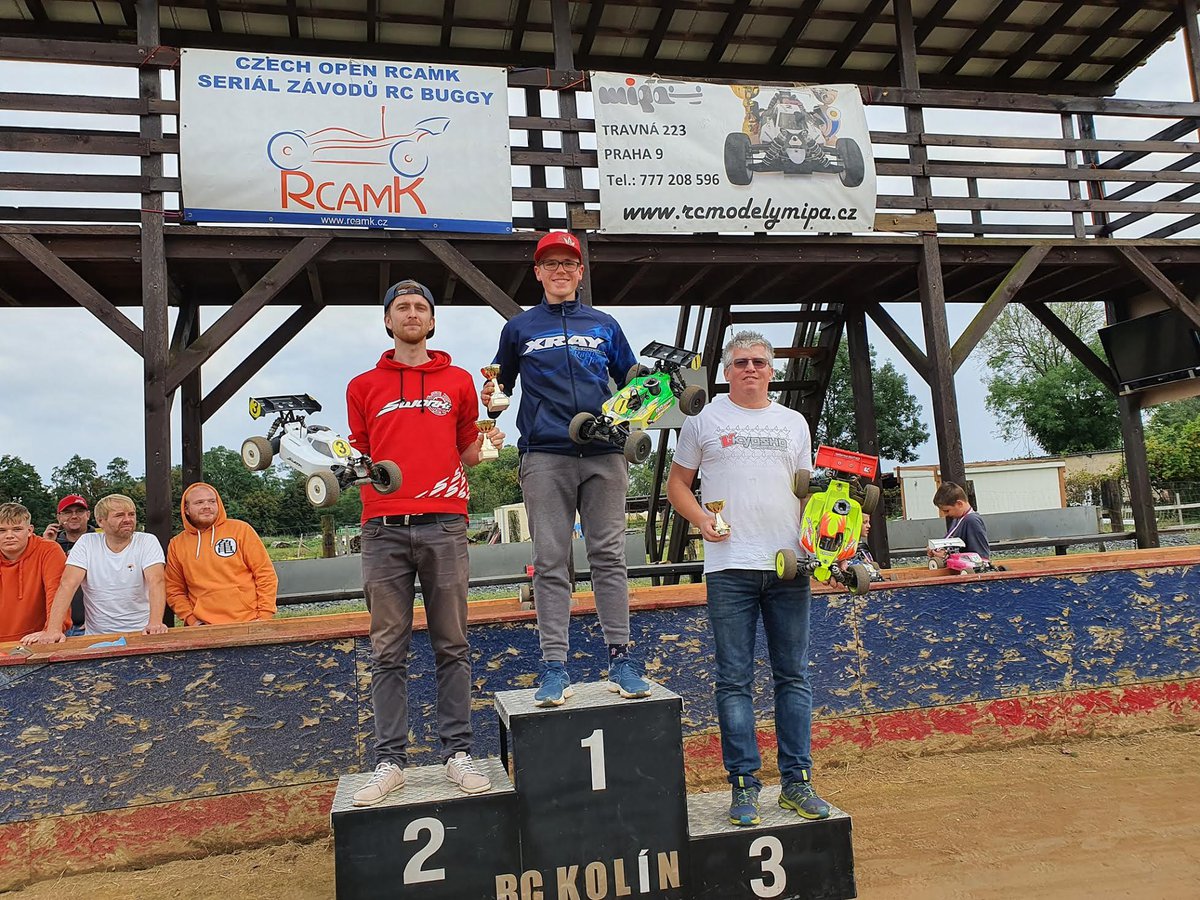