Season Opener in the books for CTS4 2019.  The race was held at 702 RC Raceway in Las Vegas Nevada.  This facility boasts a full hobby shop with a 60’x110’ carpet track available for both off road and on road cars.

The round had racers from different parts of the Country and World like Dallas Texas, Arizona, California, Shanghai and Thailand.

On Saturday it was JJ Wang who took TQ honors for Q1 and Q2 while Adams taking Q3 coming up short to beat TQ by a tenth of second.  In A1 Broc Champlin found a way to take the lead from the tone while the battles behind him were going at it.  A2 JJ Wang made a little contact getting by his team mate Chris Adams as they both battled for the lead Wang taking the win.  Up until the A3 it was a three way tie for the overall win leaving the Round 1 win up for grabs.  From the start JJ made sure to run clean making minimal to no mistakes to clinch the Season Opener Victory with Adams in 2nd and Broc in 3rd.  Broc’s 2nd big on road race and first ever CTS attendance made his team proud of his performance. 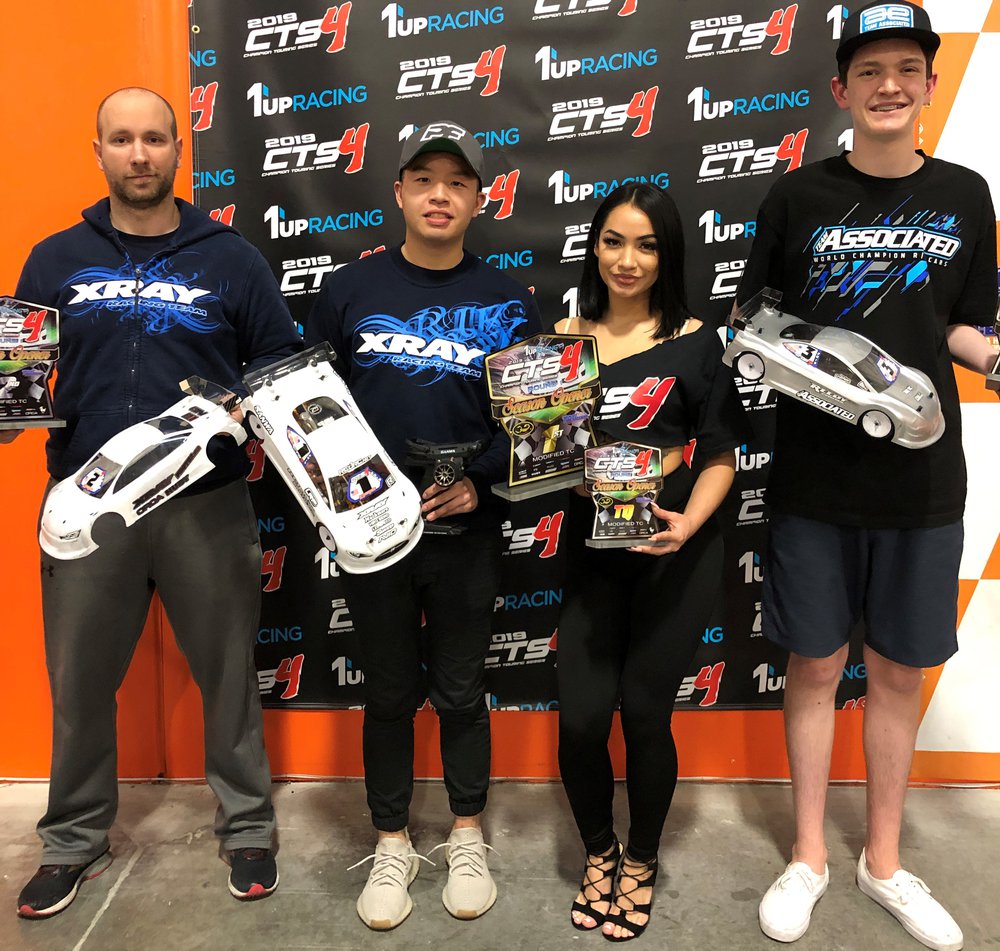 In 17.5 TC Spec Johnee Fenimore XRAY Driver from Dallas Texas took TQ honors and Clinches A1 & A2 with a dominant performance.  Johnee used a Protoform D9 body and said his car was perfectly balanced.  Armand DeForest Top 10 finisher fresh from IIC showed strong pace but settles for 2nd in podium as the leader never made mistakes.  Jacob Cruz, the 10 year old from SoCal made a huge statement battling with the big boys as the youngster fights his way to 3rd for the Overall podium in Round 1 not letting XRAY Driver Lex Tyler get by in all three mains.  Cruz did not crack under pressure while Tyler attacked from the back.   We have acknowledged that Jacob Cruz’s performance is an ACE in the making. 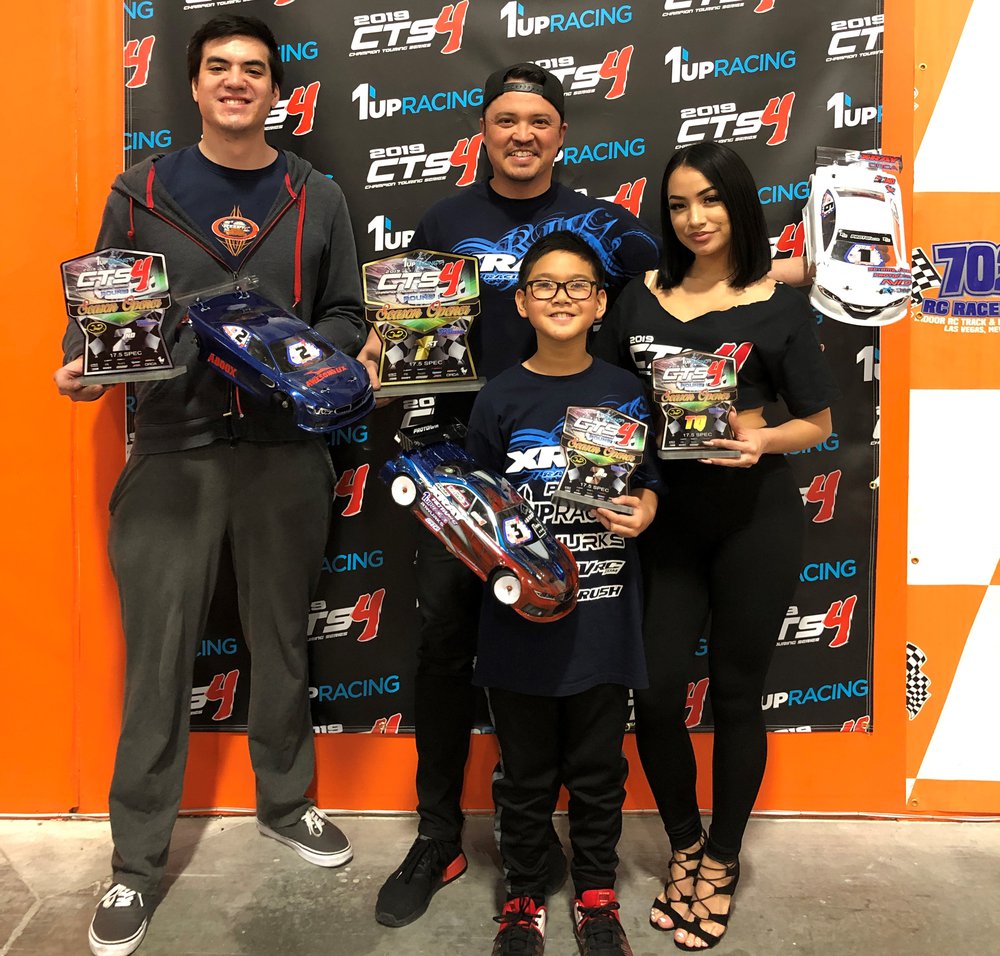 For USGT Jonah Gallant worked his way to the top spot for the Victory while North C from Thailand takes 2nd and TQ Jonathan Lee takes third for an awesome battle for three Mains.  Well earned win for the local to his first taste of CTS. 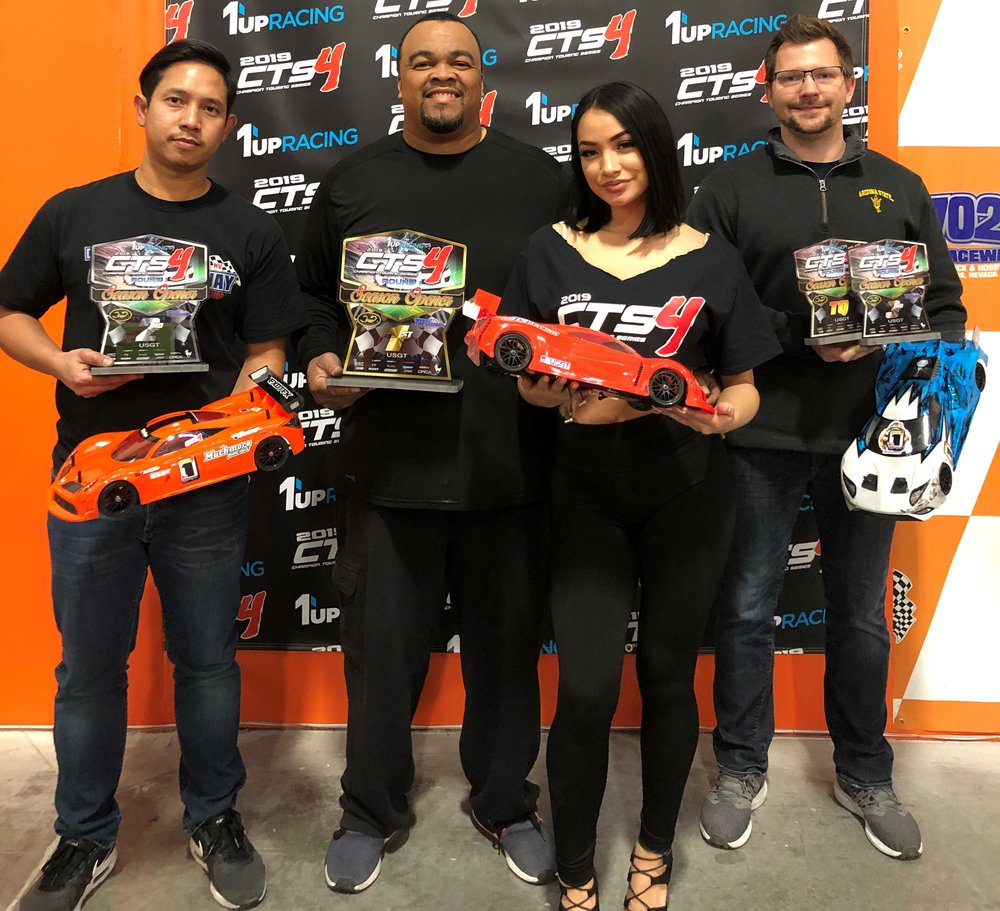 In F1 again it was Jonah Gallant who took TQ honors showing who was the guy to beat.  A1 Jonah takes the Win while North C takes A2 leaving the overall win in the air.  A3 Jonah has some bad luck allowing his competitor to slide through for the Victory while Oscar Spratley takes 3rd. 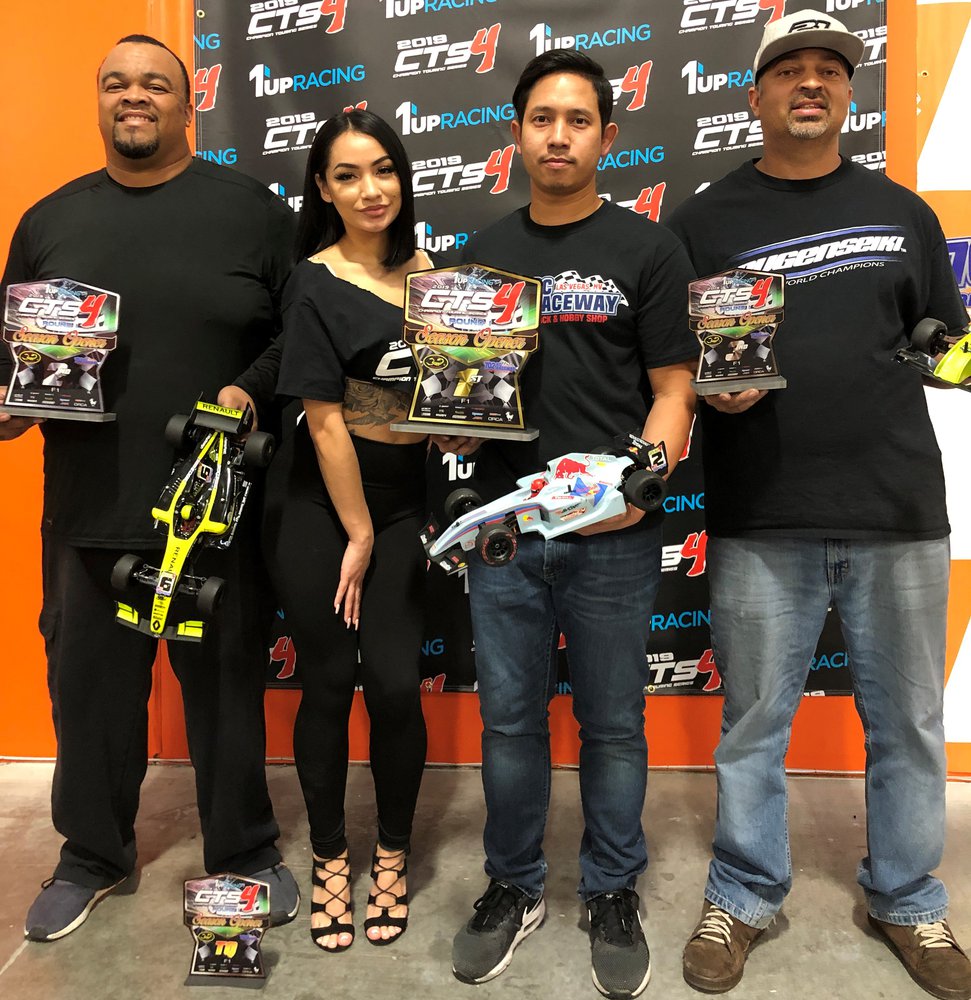 Next round is February 22-24 at TQ RC Racing hobbies in Chino Ca.  Visit www.championtouringseries.com for Signups.