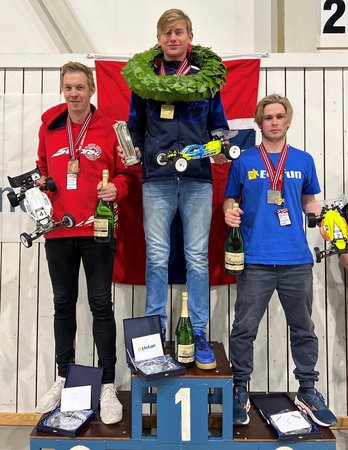 It was time for the last 1/10 off-road race of the year in Norway, and the biggest event of all is the National Championship Race. This time it was held close to Trondheim City, and the surface was EOS carpet and control tyres for all drivers.

No pre practice for the drivers, so same amount of time on track for everybody. First up was 2wd and this year also this class had the "Kings Pocal" as well. The highest mark you can achieve in Norway, and it’s switched around in different classes, so it sits pretty high to win that trophy.

The amount of drivers was good, and the level as well, all the best drivers in 1/10 was gathered to fight about the titles.

First two free practice, and then two reseeding rounds. Pretty hectic Saturday, started up seven in the morning. Then four rounds of qualifying. Daniel had full control with his Sunpadow/Hobbywing powered XRAY XB2. And that gave him also the right to start from pole position. Daniel won A-1 and A-2 easy, and for A-3 the other drivers had to settle for the fight for second and third place. Second time Daniel wins the "kings trophy" last time was in 2019 in 1/8 fuel buggy.

After finals was done it was time to move over to reseeding for 4wd and pretty much same history there, Daniel was in his own league with his Sunpadow/Hobbywing powered XRAY XB4. And after reseeding was done for the night the rest was to pick up on Sunday.

Sunday morning came and drivers was getting ready for driving, but it had been a change on layout from yesterday, organizer had made a change since they met one of the jumps was dangerous for marshal. The drivers wanted back the layout or at least a practice round on new layout. The agreement fell on keeping the new layout but all drivers got a round of practice.

Then ready for Qualifying. Daniel was again on fire and nobody could even get close. So after TQ all quals, it was a start from pole again for The XRAY driver.

Daniel won the first to A-mains easy. But was not satisfied with his driving and felt he could improve himself. So he went for driving the third A-main as well. And he improved his total time with 4 seconds.

So another National Champion Title in the Belt. This was Daniels number 13 National Title in Norway. XRAY was also the most represented car in both A-mains.

The Norwegian National Cup was also finished this weekend and top 3 list in both classes is: 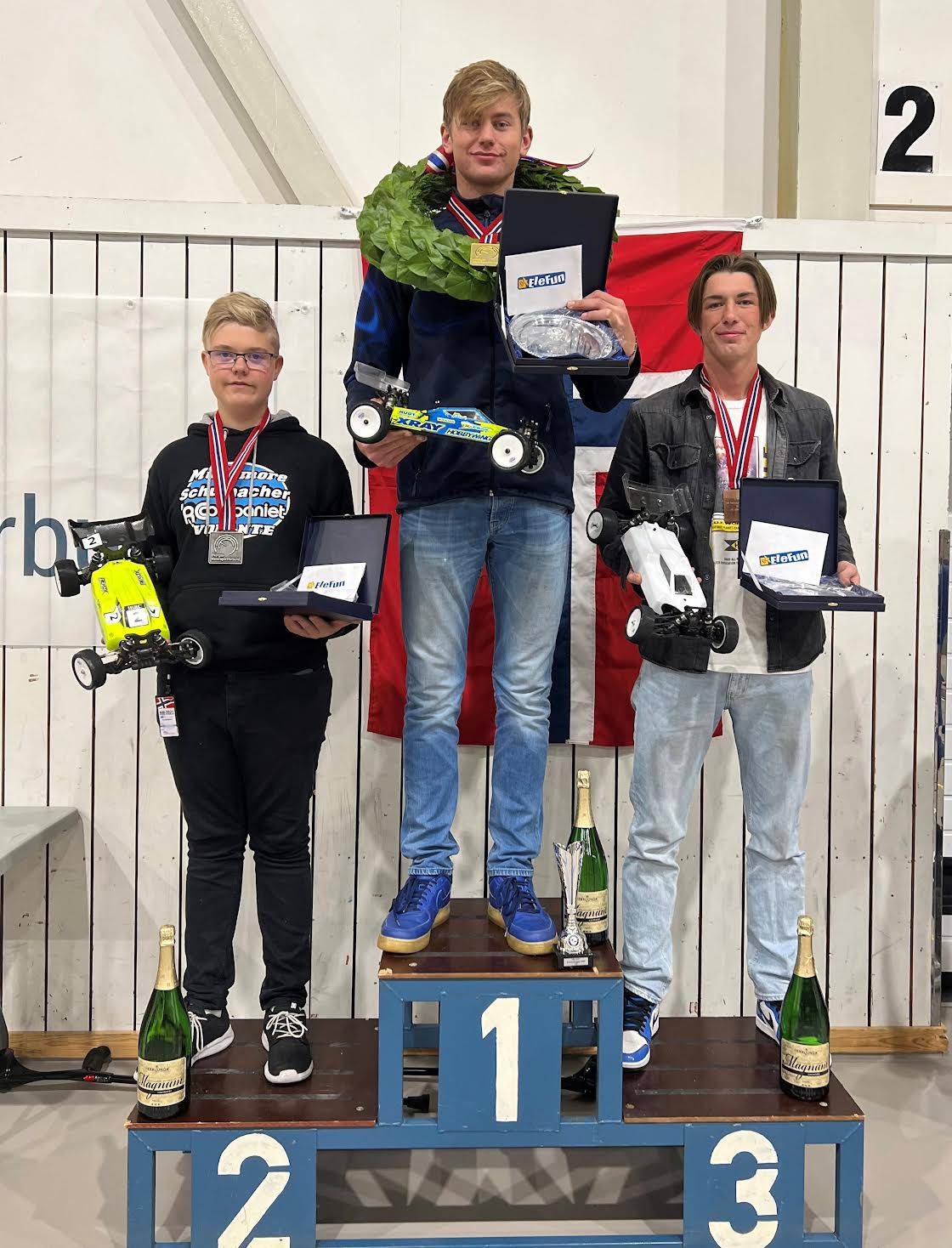 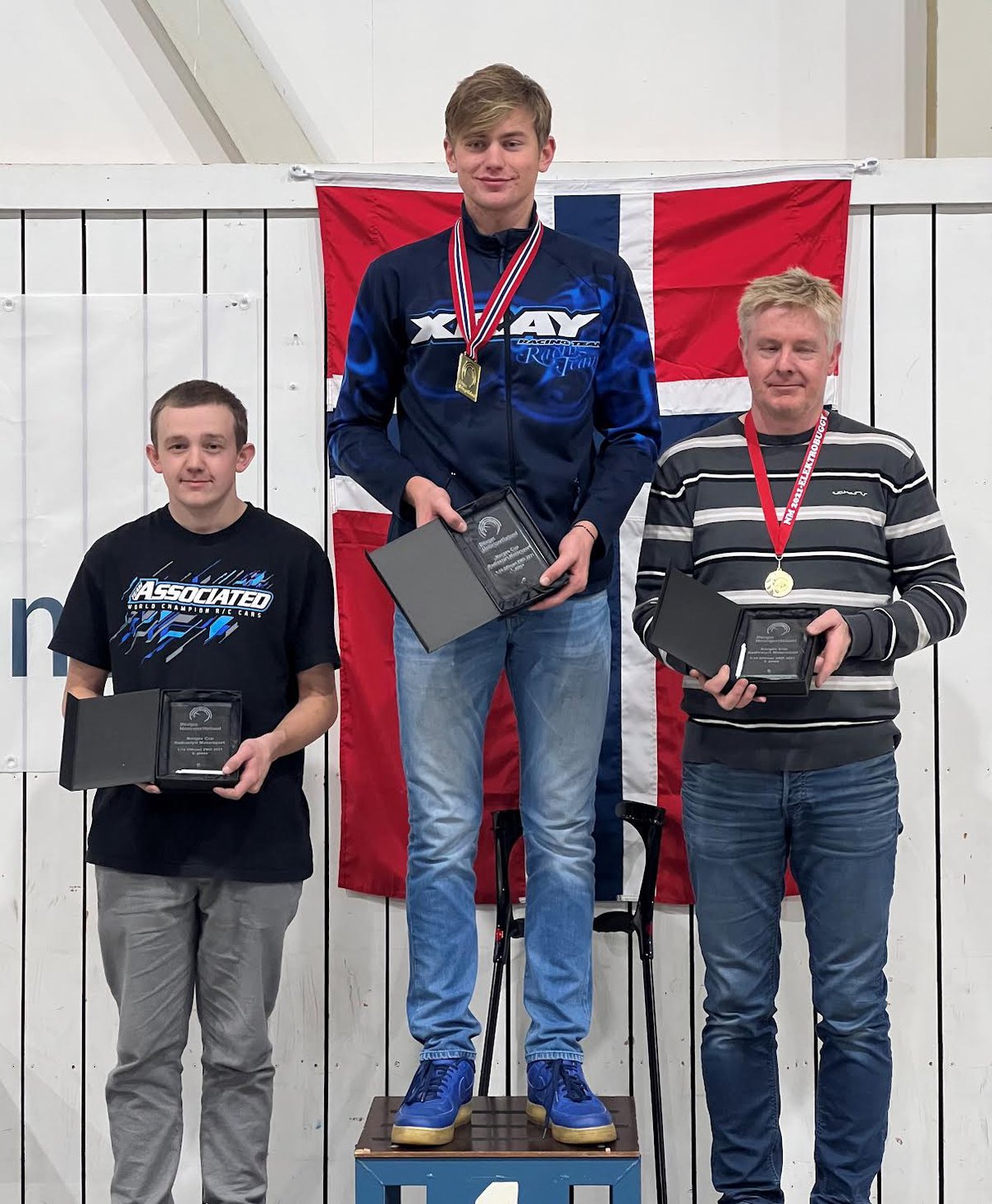 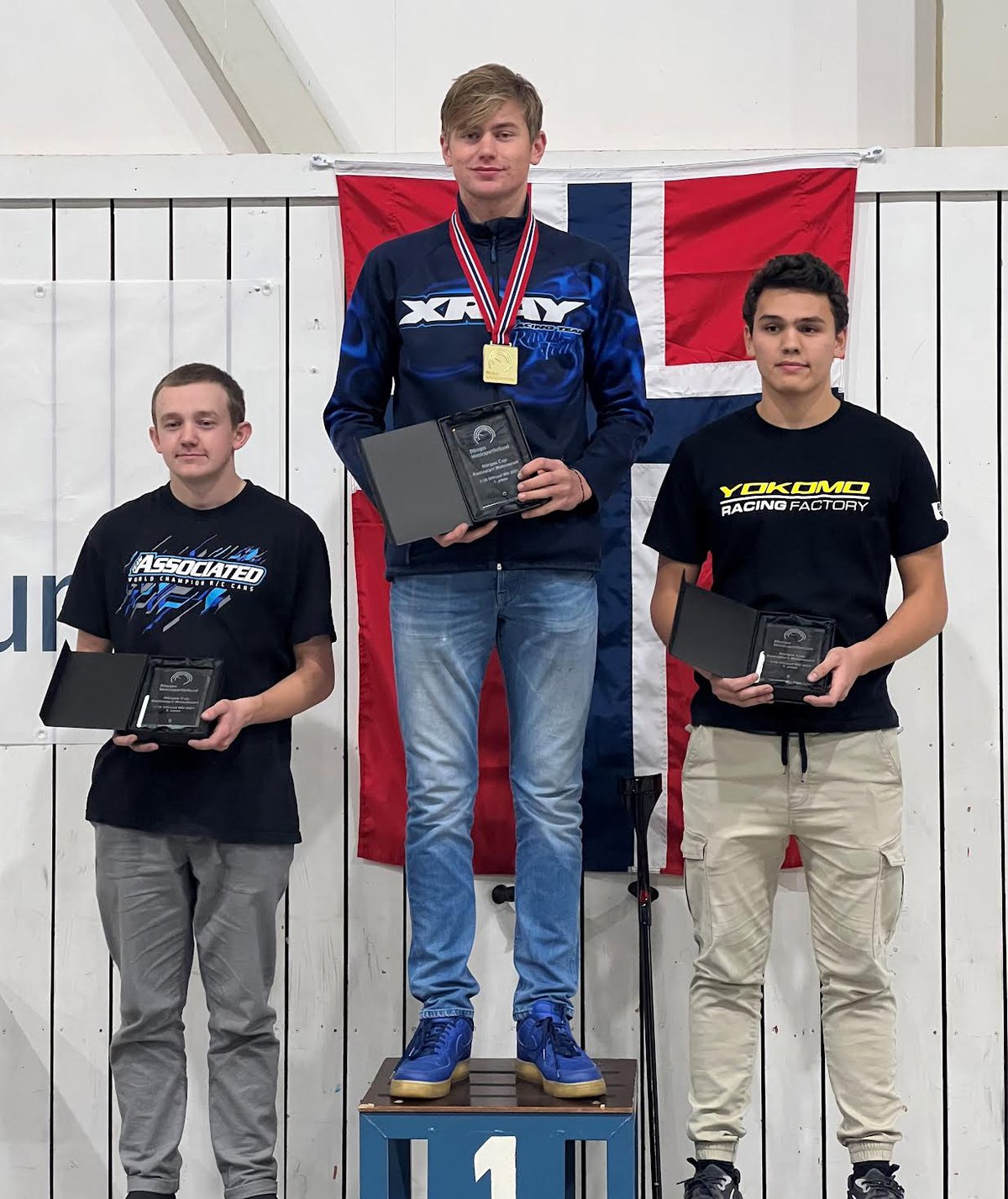