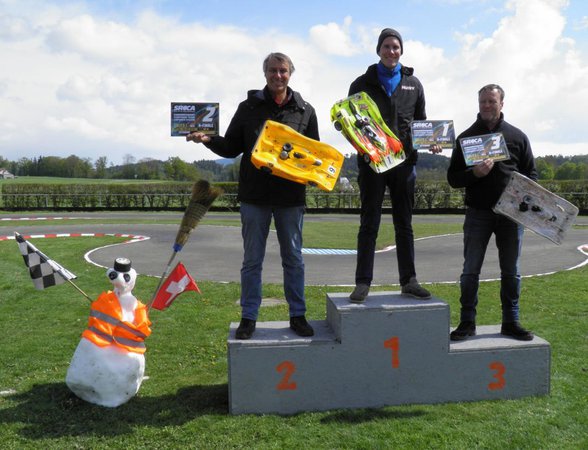 The first round of the Swiss Championship was held at the fast and demanding Sitterdorf track near the Bodensee last weekend. The event was influenced by recurrent snowfall and rain resulting in very low grip. In the 1/8 class pilots had to fight through ice, snow, wet and cold and there were tough demands on man and material. The main final was run under damp/dry conditions and it was Team Shepherd's Simon Kurzbuch with a clean sweep, taking the TQ and the victory. In the 1/10 class Niclas Scherer was fastest all weekend with his Velox V10 'nineteen'. Problems during tire change prevented his first victory in the new team. Nevertheless, his ambitions were rewarded with the runner-up positon. The 1/8 B-Final win was secured by Rudi Scherer who had a busy weekend of pitting for Niclas and racing by himself. Congratulations to Team Shepherd Switzerland for a very good start into the 2019 season. 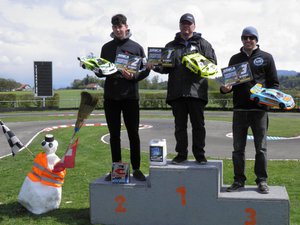