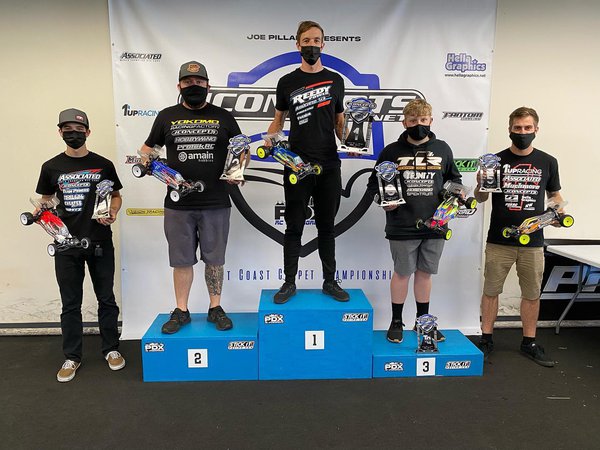 The first Jconcepts West Coast Carpet Championship presented by Joe Pillars was held at PDX RC Underground this weekend in Portland Oregon. 168 entries were there along with some of the best racers in the US.  4 quals were held on Saturday with Seattle TLR Driver Austin Cracknell taking TQ of 2 mod and Team Yokomo driver Ryan Maifield taking the TQ in 4 mod.

After 3 rounds of mains Team Associated Dustin Evans would take the overall in 2 mod, with Maifield in the 2 and Austin in the 3.

4 mod went to Maifield, Evans took the 2 and local 1Up Racing driver Andy DiBrino taking the 3.

In the stock category, Team Associated driver Doug Lariviere took both tq’s in 17.5 buggy and 13.5 4 wheel buggy. After the triple mains Lariviere took the overall win in both classes and the overall win along with the $300 prize. In 2nd was AE driver and current national champion Mathew Gonzales taking home $200 and local 1up driver Cole Hegar taking the $100 3rd prize. 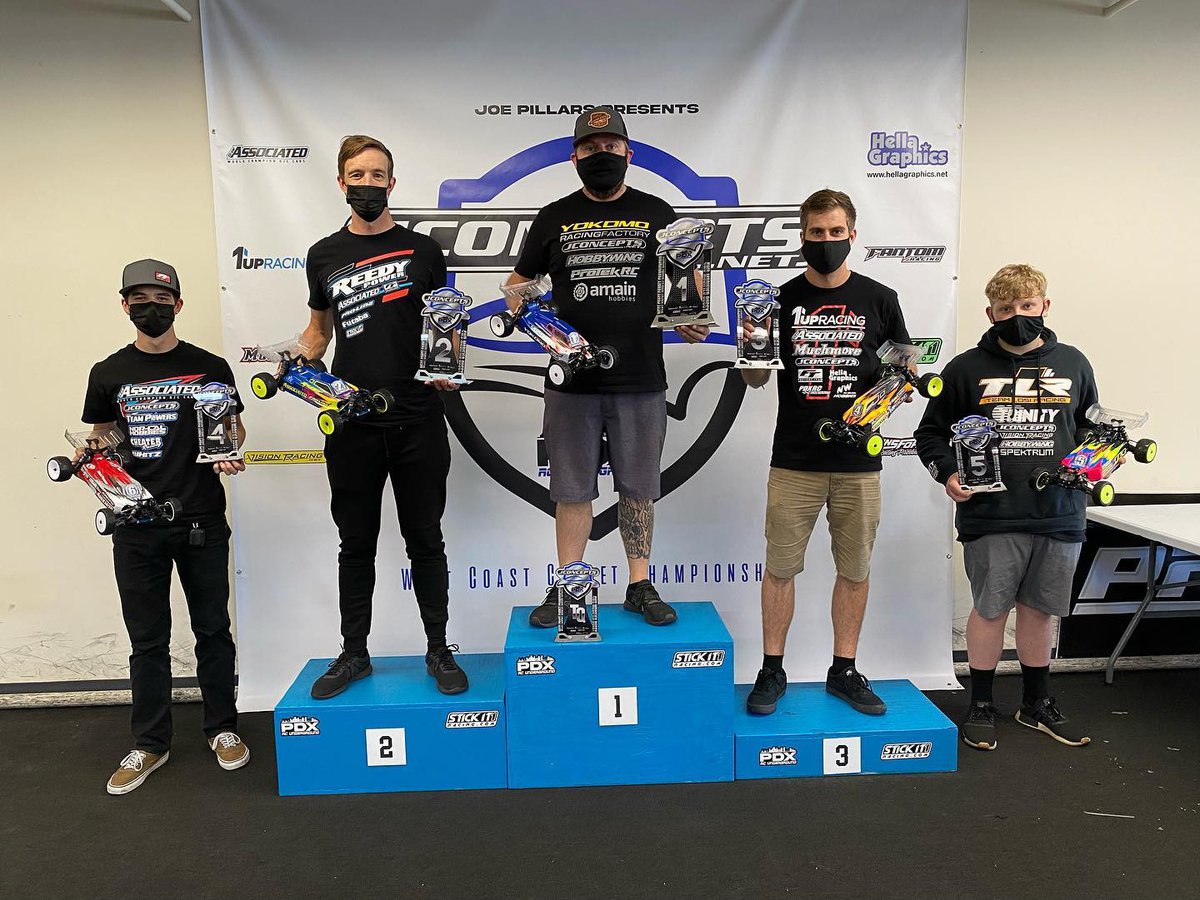 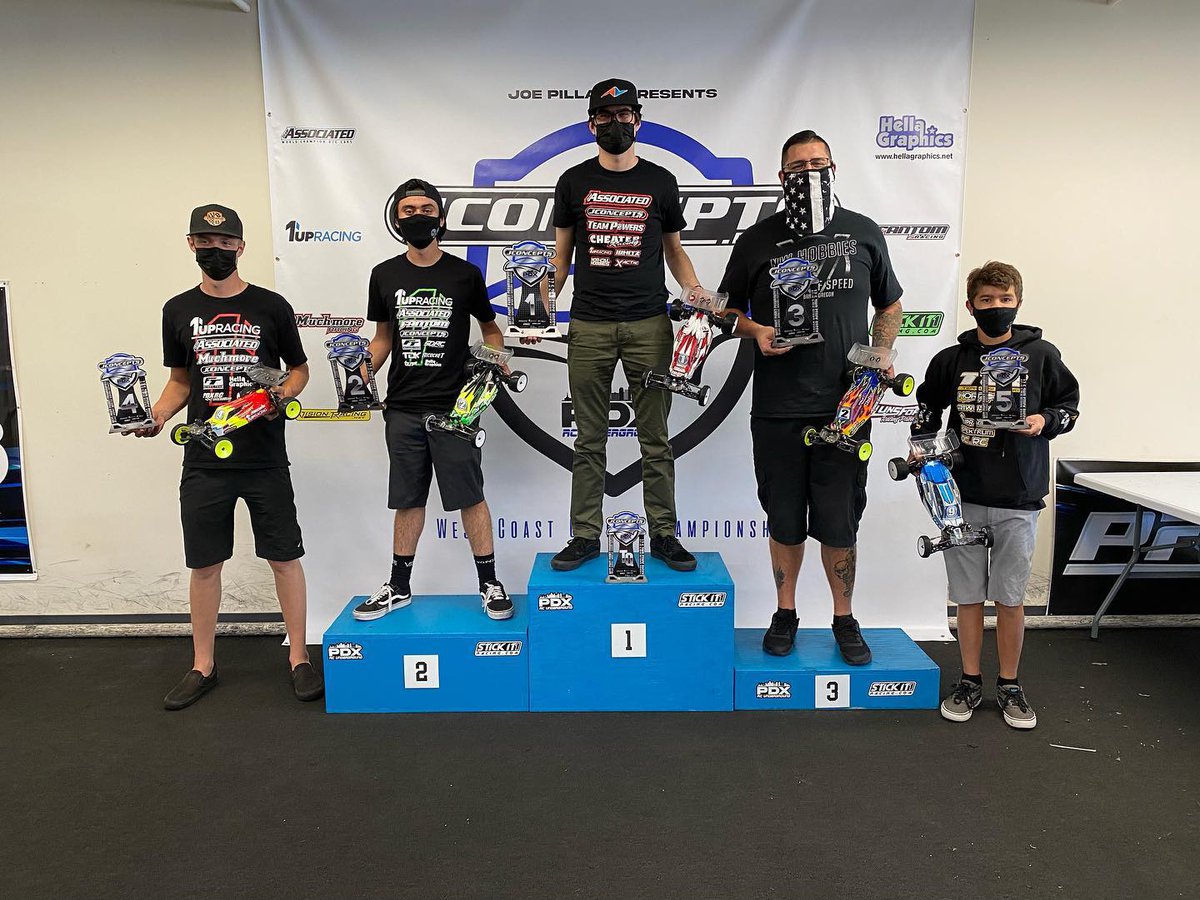 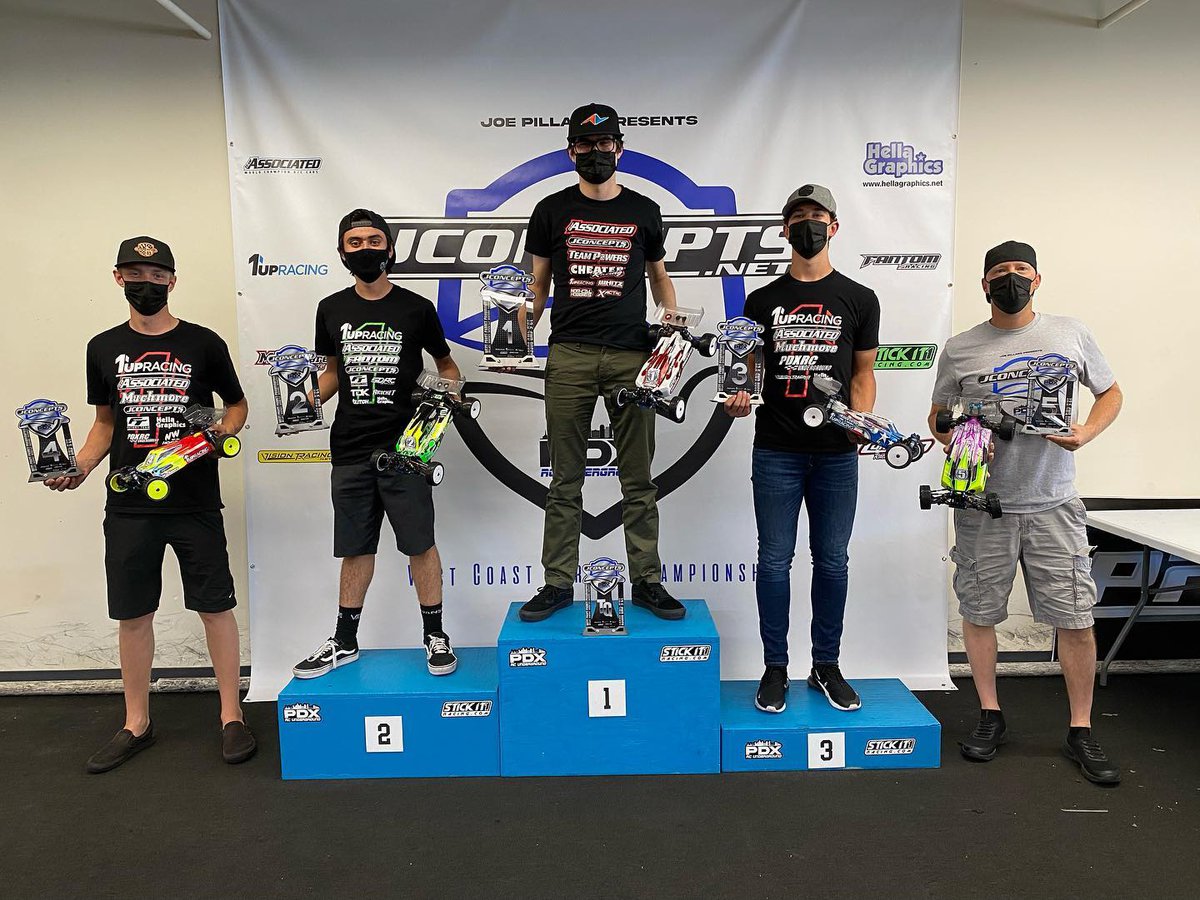 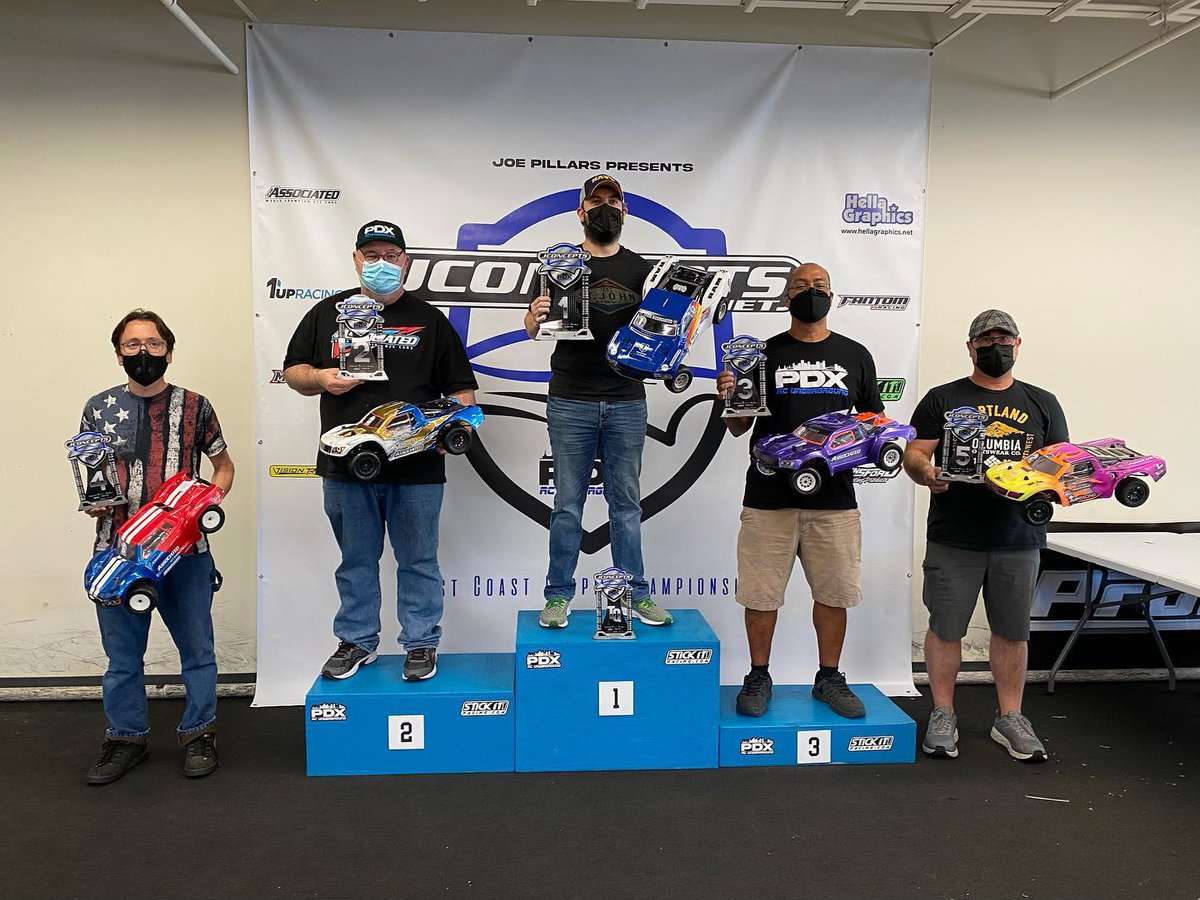 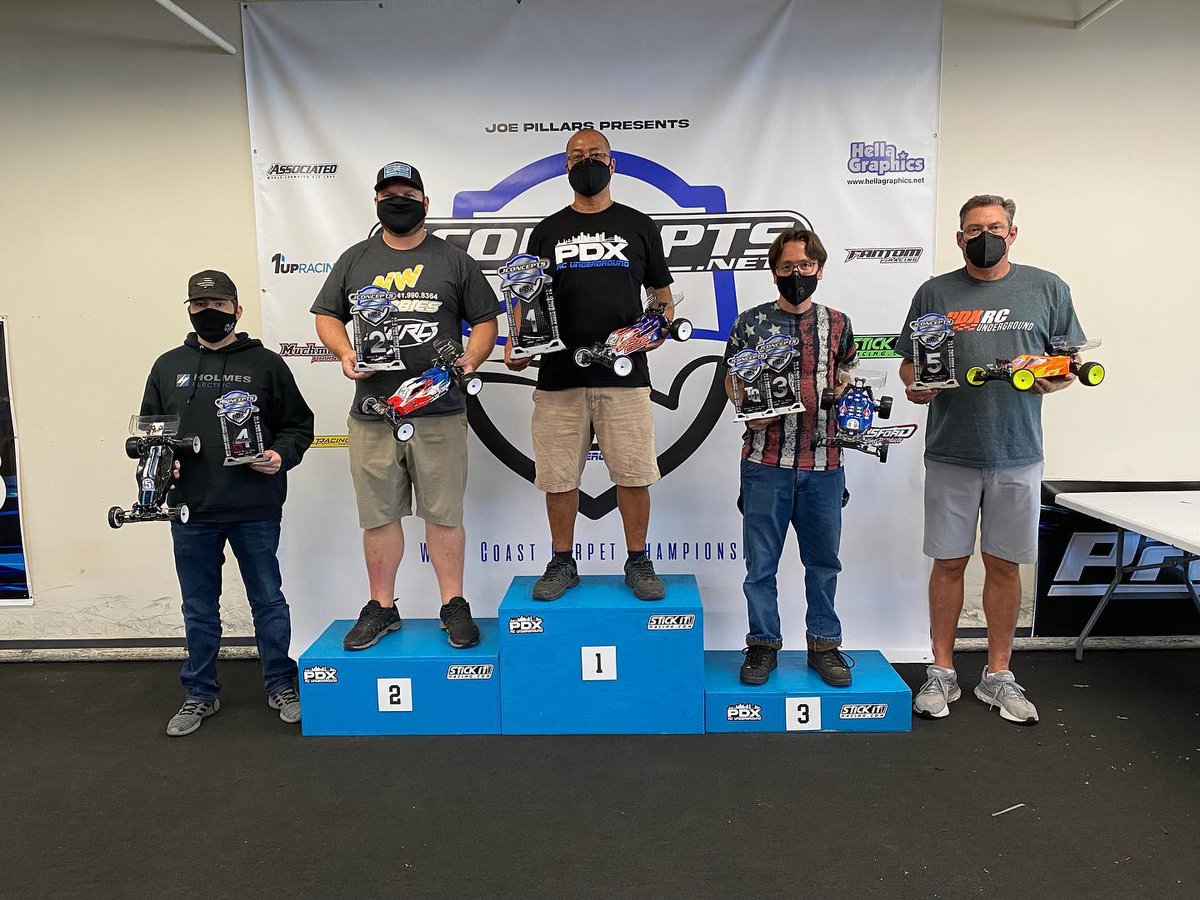 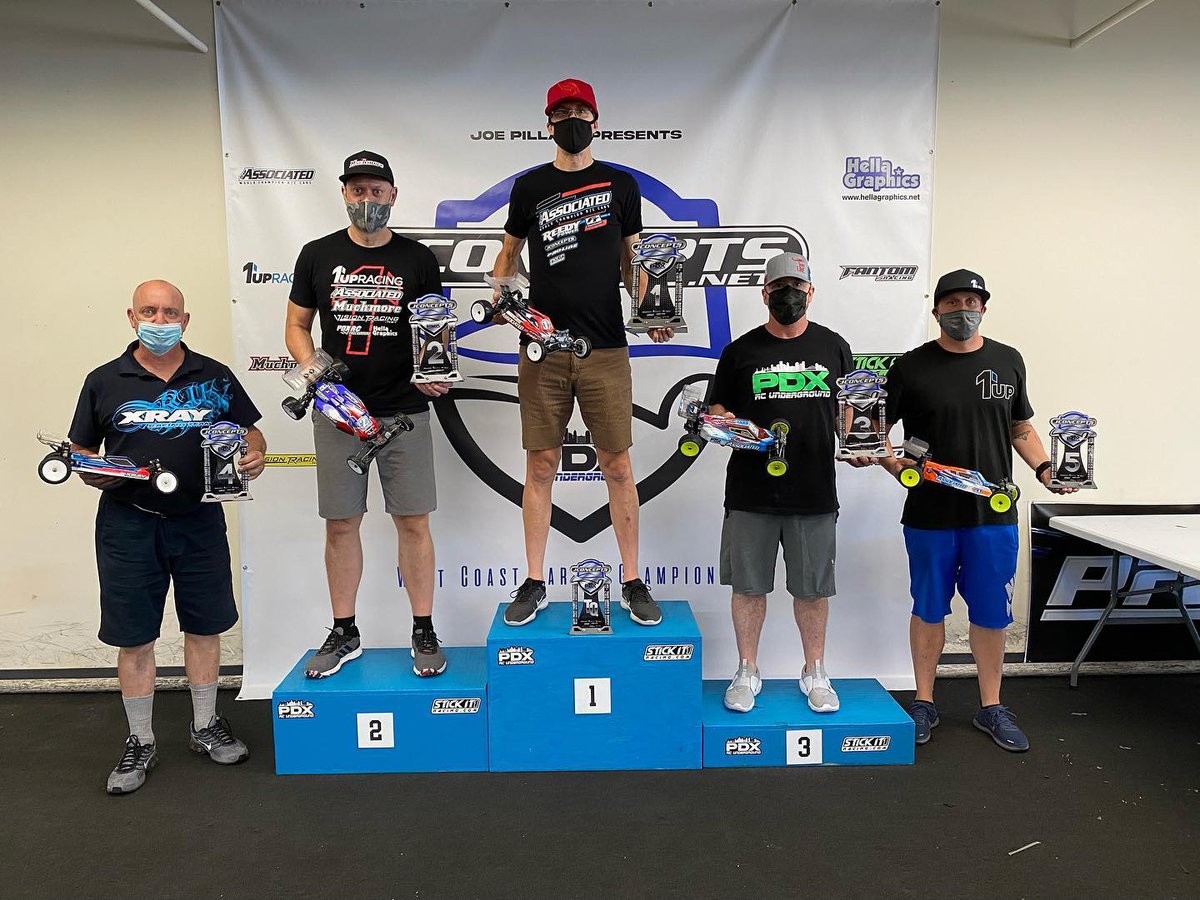