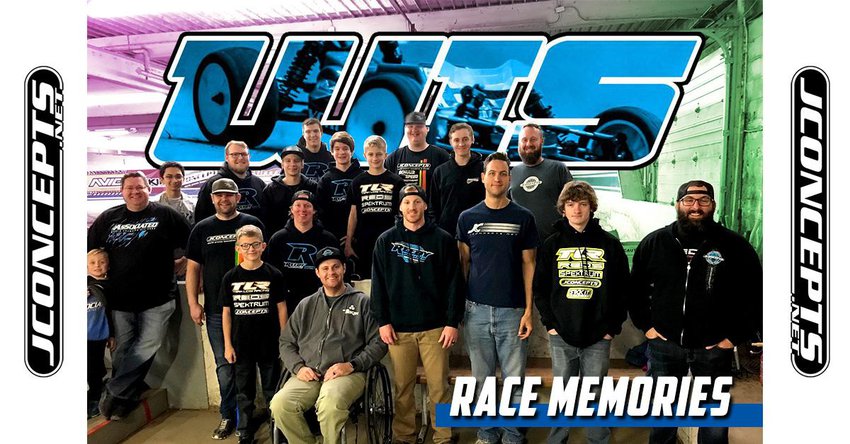 The grip is always good at Fastlane Raceway and this year’s layout for the WIS was even better. Overall, the layout was fun but not too difficult and allowed great racing in all class. The tire of choice was definitely a clay compound tire and for JConcepts… gold compound was the standard! 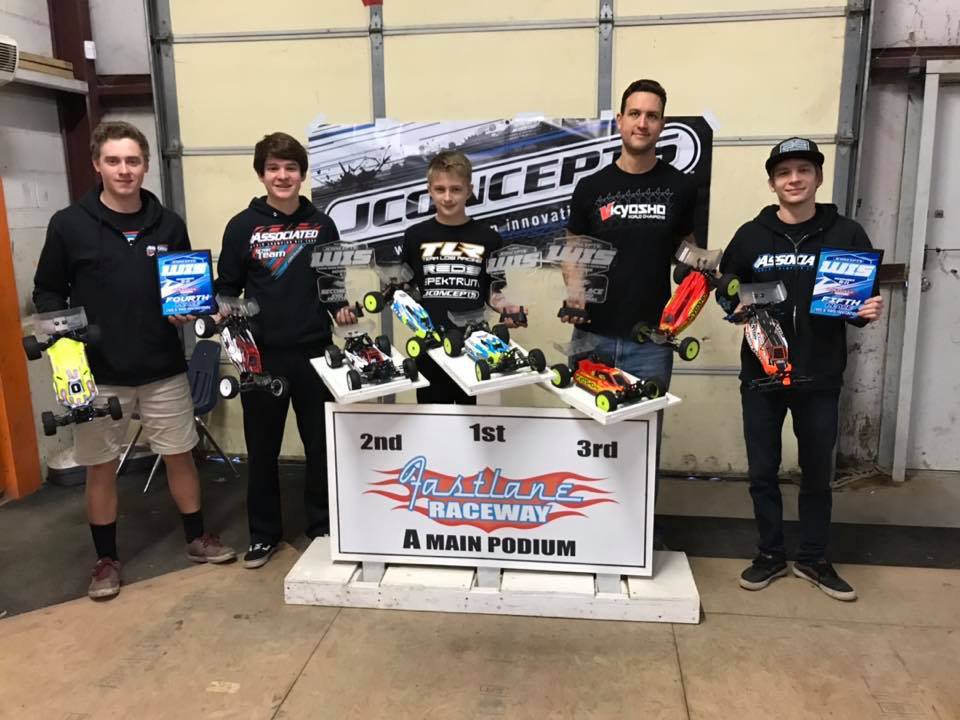 TLR/JConcepts’ Mason Fuller and AE/JConcepts’ Tom Rinderknecht had an epic battle in the Invitational class. Both finished the 2wd portion tied in points while Mason edged out Tom by 2 points during the 4wd portion to take the overall invitational championship! Both drivers put on a ‘next level’ show as they scored no worse than a 2nd place finish. Tires of choice, Space Bar fronts and Dirt Web rears tires in gold compound. 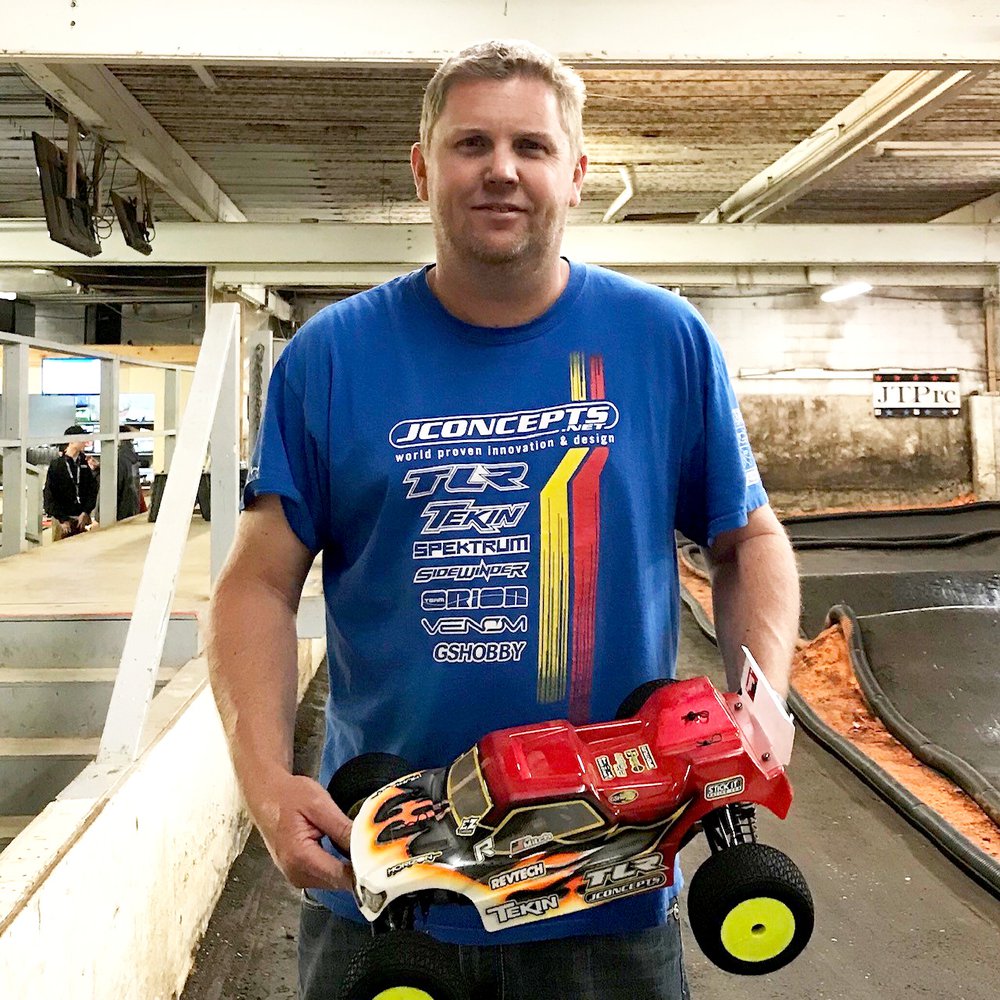 JR Mitch got the mod truck win. JR started 2nd behind Mason, but after a mistake by Mason Fuller on the 2nd lap, JR took over the lead and the win. JR ran Dirt Web stadium truck tires front and rear providing him the traction to get the ‘W’! 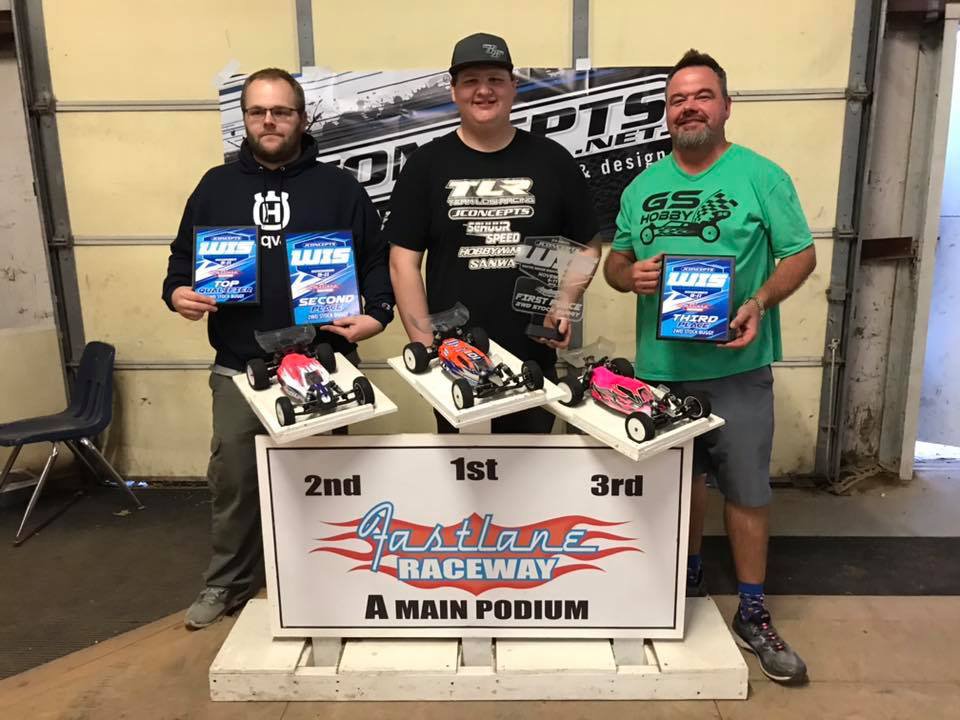 Great weekend for Cole Henriksen as he grabbed the win in 2wd 17.5 and also ran well in the 13.5 2wd class to make it 2 wins for Cole for the weekend. 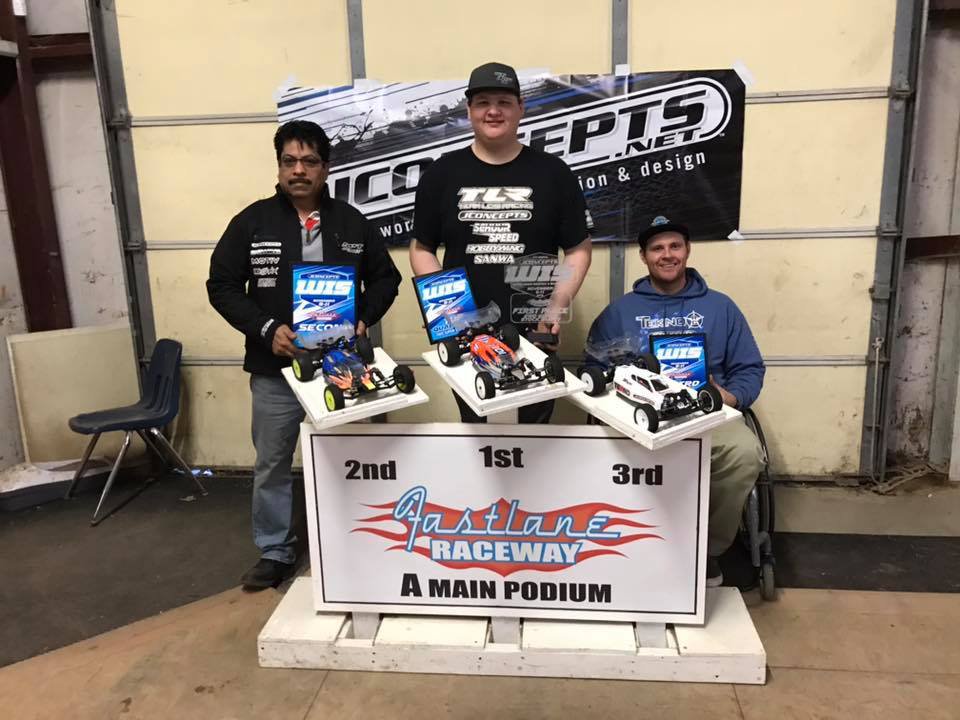 Above, is the podium picture of Cole Henriksen’s TQ & win effort in the 2wd 13.5 class with the one and only, Mike Garrison in 3rd. Cole dominated the 13.5 class, started 2nd and worked his way back to the lead after an early crash. Cole ran Dirt Web 2wd fronts and Ellipse rears. 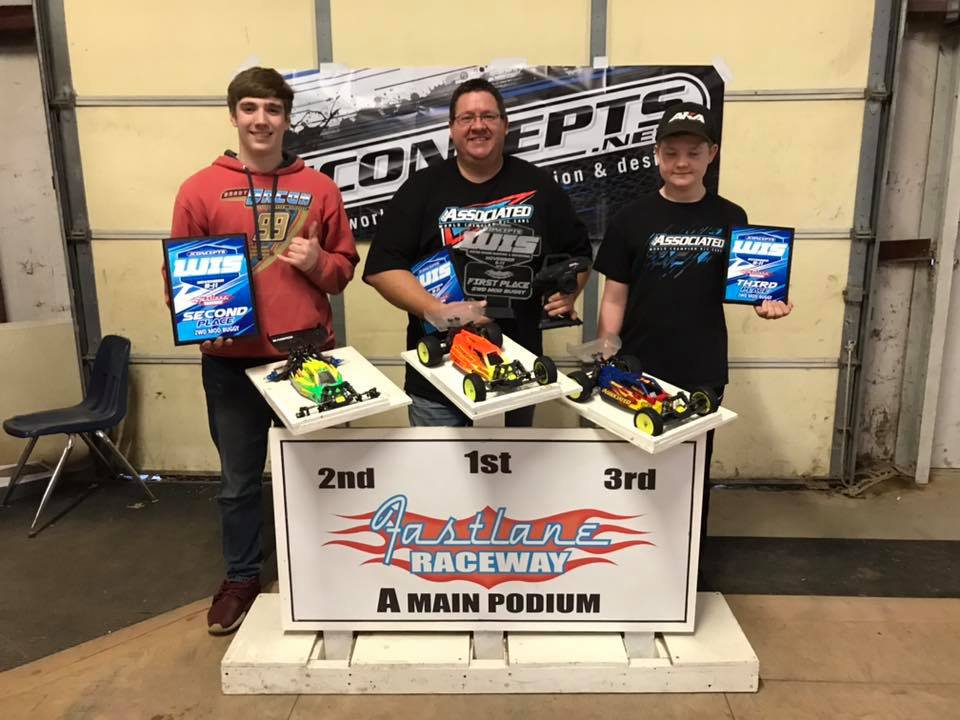 JConcepts’ Mack Vanderbeek TQ and won the 2wd mod class at the WIS. 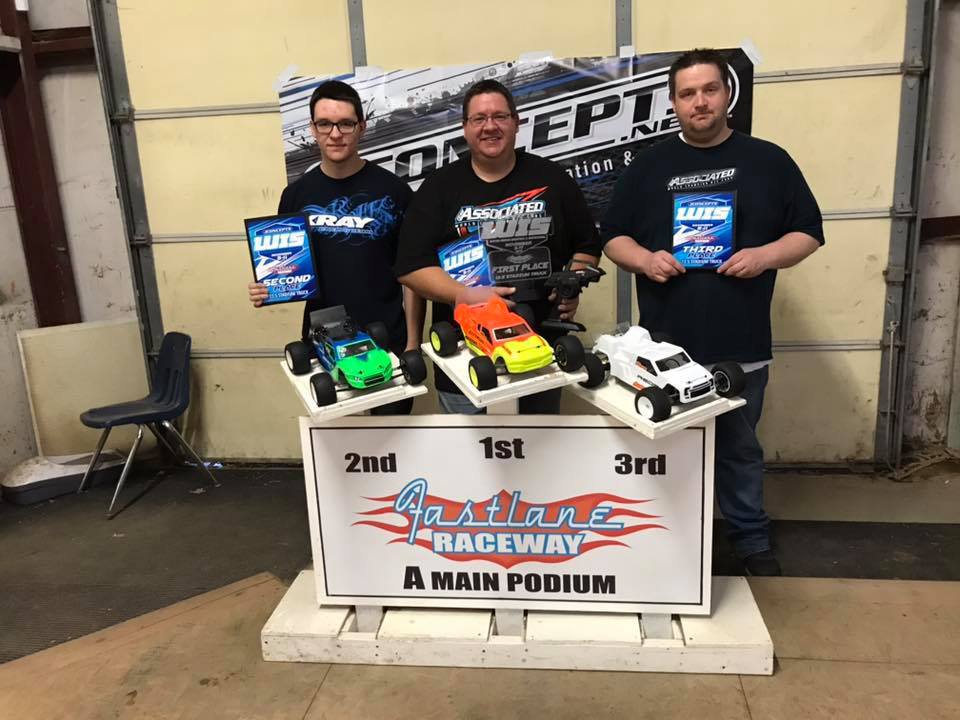 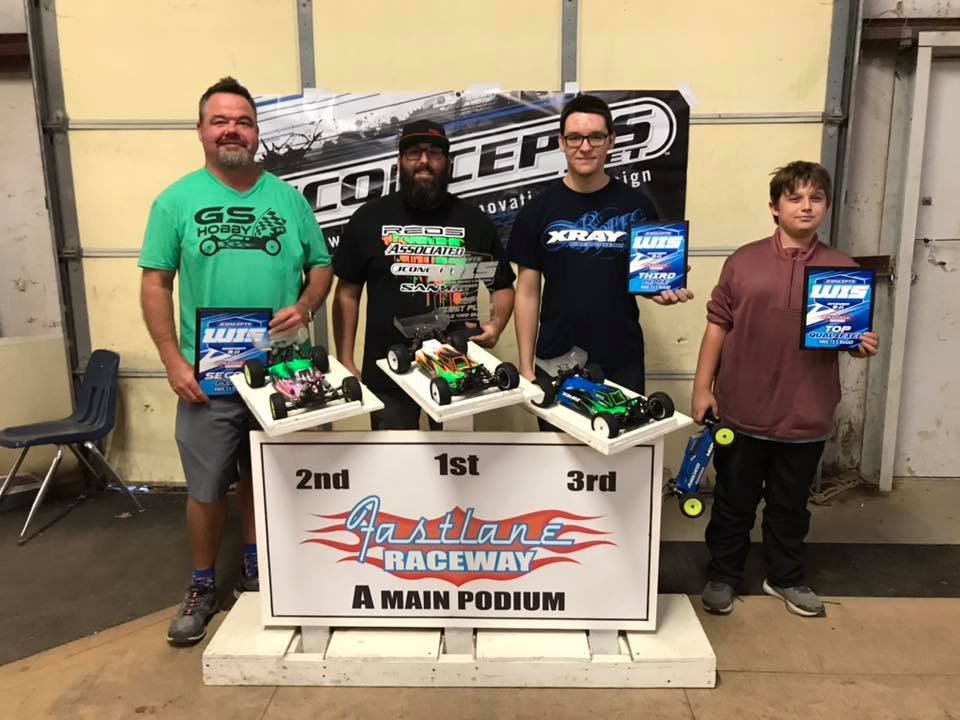 James Nelson bumped from the B to win the A-main in the 13.5 4wd class. James ran Dirt Web 4wd fronts and Ellipse rears tires.