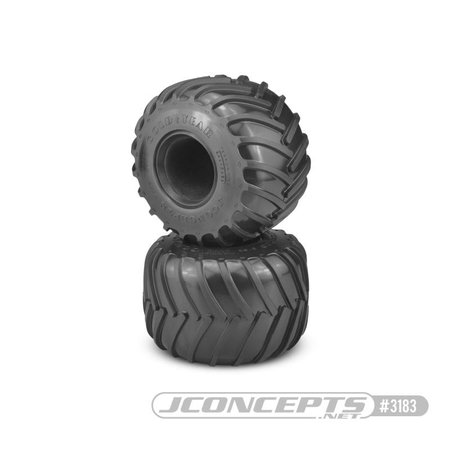 When you think about the early days of Monster Trucks, the most distinguishing object about the vehicle were the giant tires. The Golden Years of monster trucks brought out all the best components of a builder, driver and innovator into one package. However, if it were not for the big, round and bubbly tires, the segment might have been lost forever.

The Golden Years by JConcepts are another reminder of the commitment the team has to the beginnings of an industry. An RC builder or modeler always has a new idea or ideal truck from the past they would like to emulate, and now, with the Golden Years, finishing off the early-era replica can be complete. For JConcepts, the slate was once again swiped clean when designing the new tire. With learned behavior from other tires in the line-up, it was clear a few things would be added for new performance and scale appearance.

The full-cleat tire just looks so vintage, and JConcepts explored new heights and lug creation techniques to ensure the new tire had the depth of a champion. The chevron pattern might look run of the mill, however, a lot of work has been placed into these beauties to allow the trucks to grip surfaces ranging from carpet, Astroturf and, of course, dirt.

The size of the tire has been altered to have a 1/10th scale large appearance that make vintage monsters, well, monsters. The round profile is there too, with included foam inserts and the design built into the carcass, your truck can have the bubbly look of the 1980’s. Sidewall lettering is very detailed on the Golden Years, allowing drivers to travel back in time, shine them up and display for the fans.

The Golden Years are available in soft, blue compound and indoor racing, gold compound. The items are supplied with open cell, large profile inserts to cushion those hard landings and fill-up the carcass. As always, the tires are backed with JConcepts customer support and racing lineage.

The Golden Years tires have already had success at the races. Recently, at the King of the Monster Trucks in Fenton, Missouri, Jason Ruona took the Classic Retro class using the tire in blue compound on the vintage track layout. In the Outlaw Retro class, the polished concrete was tricky, but, Matt Stoltz reached for a set of the tires in gold compound put down a TQ run in qualifying. Matt traveled all the way to the final round, going head-to-head against Jason Ruona running the same combination. In the end, Ruona got the overall victory in the finals leading to a 1-2 finish in a debut weekend. 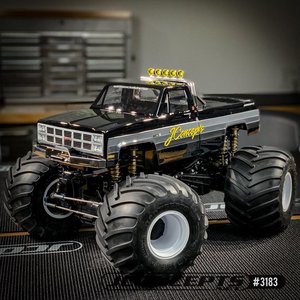 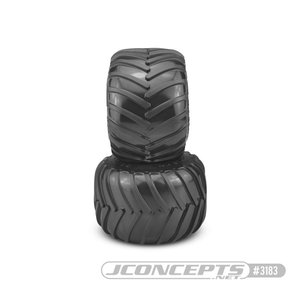