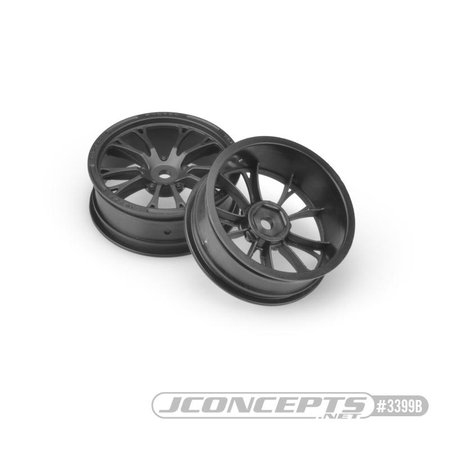 As the street eliminator scene shifts to a new gear, JConcepts is on-board with another wheel option for the popular segment. Just in time for the latest release from Team Associated, the DR10, the Tactic wheels are direct replacements and upgrades to that vehicle. Back in 2018, JConcepts released the first street eliminator wheel, the StarTec and it immediately was a great hit with street racers around the world.

During the early part of the 2019 racing season, the design team mocked up a new wheel and just like that, the new Tactic wheel was competition ready. The heavy spoke design and 1:1 influence impose their will on the competition. The front wheel design extends to the outer edges giving the wheel a larger look while the rear style has a mock bead lock appearance and hefty lug detail. The inner ribbing spreads like the roots of a tree to secure the inner 12mm hub geometry.

The front Tactic wheels feature a 2.2” size which match to just about any existing buggy tire on the market while the rear wheel features a beefy, SCT 2.2” x 3.0” size and fit any SCT tire already produced. The wheels fit a vast number of vehicles for anyone looking to undertake a Street Eliminator project and accept a 12mm hex drive. Popular vehicles which use the Tactic wheels include, the Traxxas Slash, Bandit, Rustler as well as the popular line-up of Team Associated short course trucks and now, the purpose built DR10.

The matte black and stealth look give the wheels serious street appearance and look ultra-low under any race car. The Tactic wheels match perfectly with JConcepts Hotties tires (#3193 front) and (#3194 rear) for the Street Eliminator look. 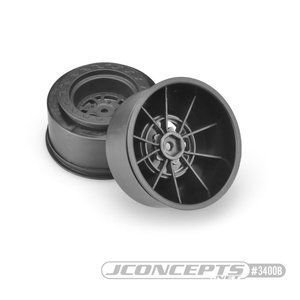 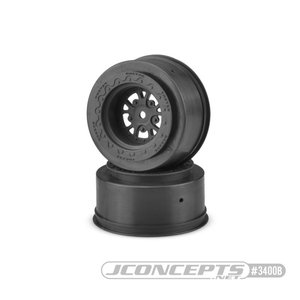 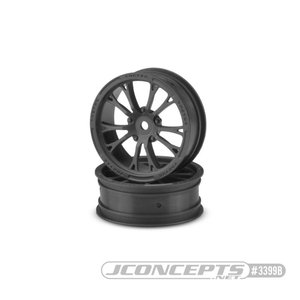