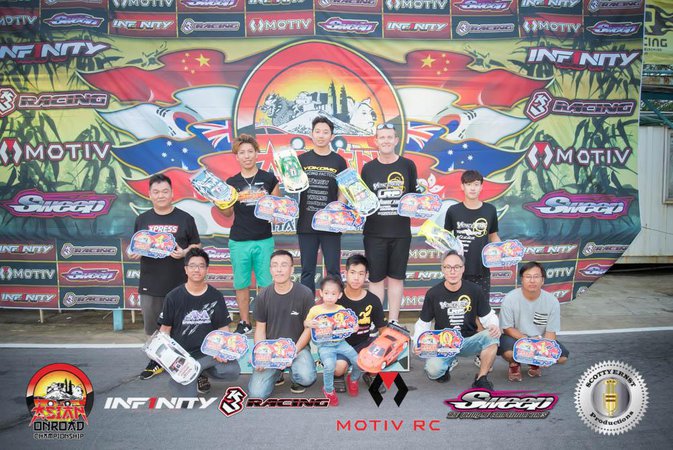 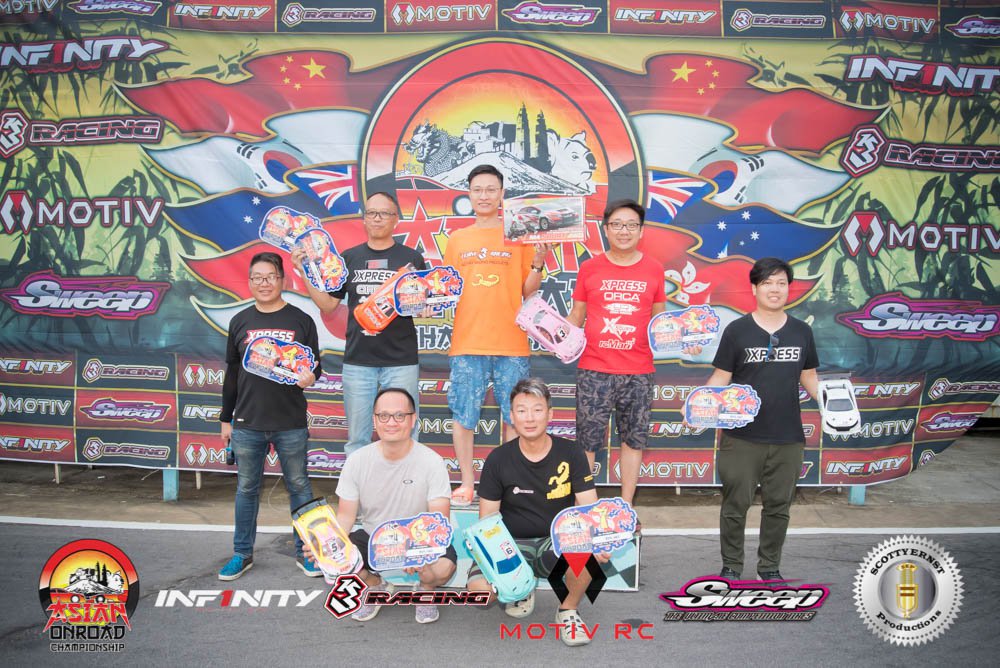 This class had a mighty battle of the Mini’s, which often resulted in hung action amongst the podium positions. CM Chan fought hard to earn the top spot and had all intentions of making the best use of it. Not if Kit Chau had anything to say about it. Both drivers had a win under their belt and were hungry for the top spot. It would all come down to the A3 final and the two would swap the lead position a couple times throughout the race. In the end, Kit Chau would come out on top for the win and overall victory in the class. 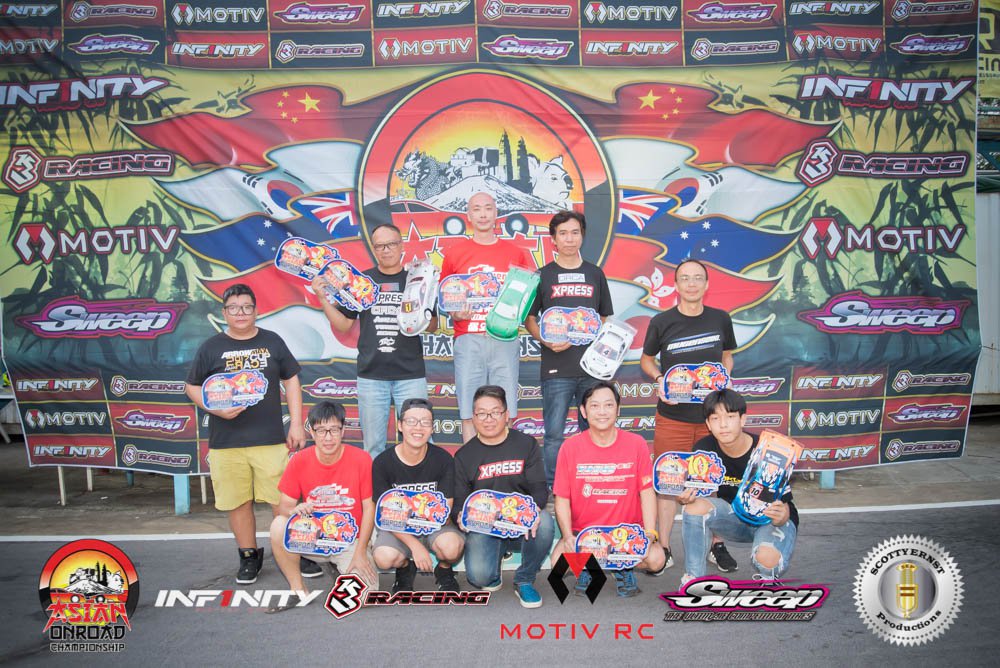 The Super Stock Touring class was running an almost Modified Sedan pace, so as you could guess, the speeds were fast and the stakes were high. Though he didn’t capture the TQ spot, Stick King was the big surprise in this class starting second on the grid. During qualifying, small traffic incidents and bobbles kept King from qualifying higher, but in the mains, he would have clean running and run away with the wins in the first two finals. With the rest of the field, it would have to come to the numbers and when all was figured out, TQ CM Chan would finsh in the overall second position with Jack Lee rounding out the top 3. 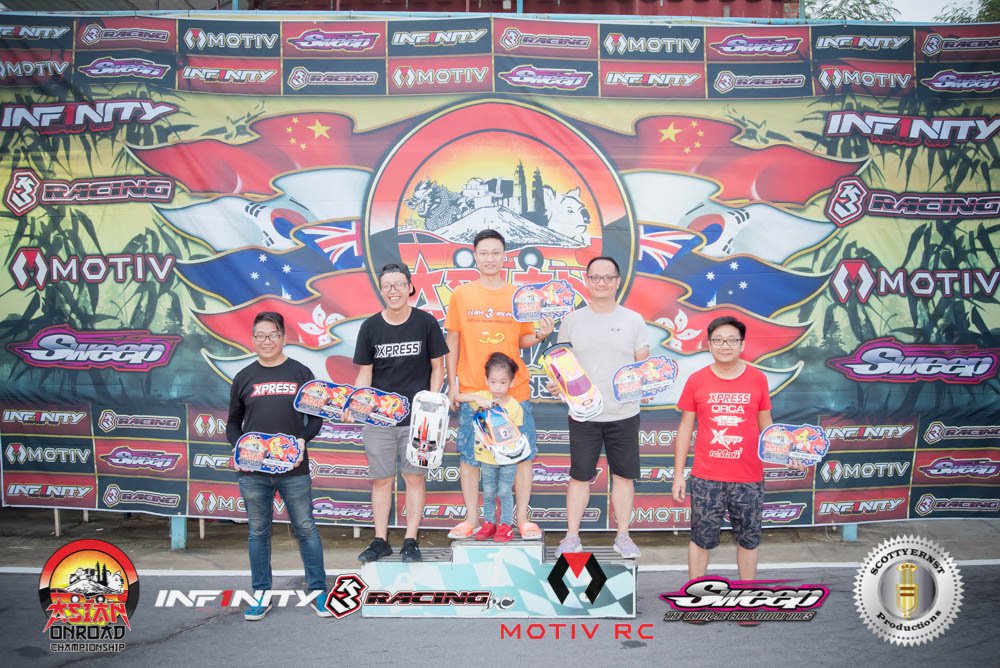 Front Wheel drive cars are unique machines and it’s great that this class has been catching on, especially at the Asian Onroad Championships. The front-runners were equal on speed, which meant the best driver and car set up would come out the victor. Angus Leung, Kit Chau and Keith Chiu were the top three qualifiers in this class any of them could easily take the over all win. Kit Chau would strike first as he would manage to get the early lead and run away with it to build up a 15-second lead by the end tone to take the first win. Racing in the A2 final would be a little closer with Keith Chiu and Kit Chau battling making their way through traffic. Kit Chau found himself on top of that exchange to take the over all win. Counting the points in the end for the rest of the podium spots, Keith Chui would grab the overall second and Angus Leung would round out the top three. 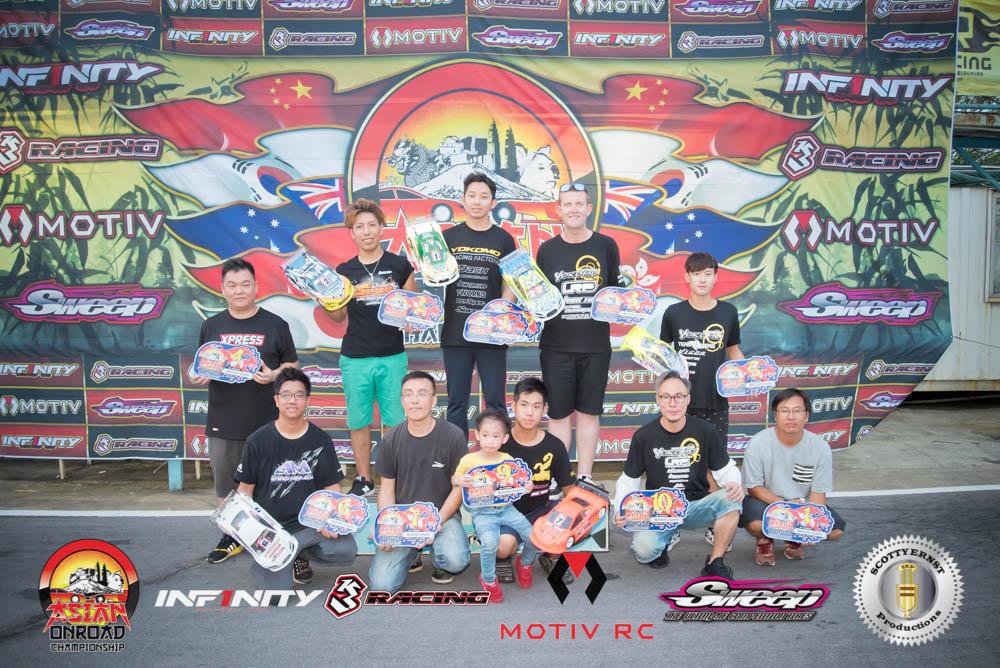 The Modified Touring class had Nicholas Lee sitting on pole position and one overall win in this class in the early days of AOC, Nicholas wanted another. The Mod final was stacked with eleven cars, so back traffic was either going to help you or hurt you. Lucky for Nicholas Lee, he is a surgeon cutting through traffic with scalpel like precision allowing him to not only take the early lead, but extend it immensely in all the finals even running the only 21-lap run of the entire weekend in the A3 final. Lee made it a clean sweep to take the over all win with Yugo Nagashima taking the second overall and Simon Nicholson rounding out the top three.