1/29/2015
By Aaron Waldron
LiveRC.com
Winning the Open class at the Reedy Race of Champions is no easy task. Though the world’s top pros are separated into the Invitational class, the fastest up-and-coming racers from around the globe all vie for the coveted lottery spots in for a chance to earn their own moment in the legacy of one of RC"s most legendary events. Not only do 2WD champ Kevin Motter and 4WD winner Kyle McBride share initials, but also a similar view on what it was like to win the biggest electric off-road races of their careers. 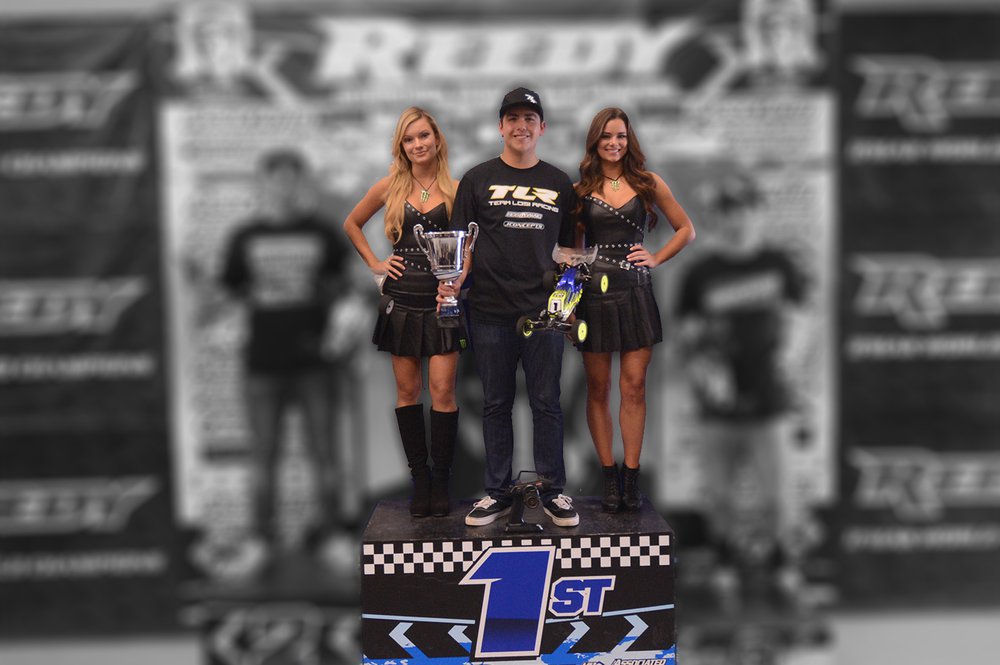 Aaron Waldron: Now that it’s been a full day since winning your first Reedy Race title, has the accomplishment sunk in completely?
KM: yes it has sunk in, it's an amazing feeling to be apart of such a historical event.
AW: You were the Top Qualifier, but the first A-Main didn’t go your way at all. What was your mindset heading into the second final?
KM: I knew that the tie breaker was how you finished the second main so I knew I had the advantage starting on the pole. I made a few mistakes but I never gave up.
AW: When your title rival Kyle McBride passed you about 4:00 into the race, and then fellow OCRC local Nolan Anderson dove inside in the Pro-Line Point, was it difficult to focus knowing that you had to win?
KM: No, at that point I knew there was a lot of time left and anything can happen. I just had to keep my head on straight and keep pushing.
AW: In the final minutes of the race, McBride crashed and let you and Anderson pass. What was going through your head?
KM: At that point I knew that I still had a chance and I needed to play my cards right and not get too aggressive.
AW: You crashed on the left side of the track with 90 seconds left and Nolan got by, but collected yourself and caught back up. How did you get by him on the final lap?
KM: All weekend my cars felt very comfortable and easy to drive so when I went across the line for the last lap I just knew that I had to push it and let it all hang out and when I saw my opportunity I took it and it worked out.
AW: What did it mean to you to win this race in your first appearance since joining Team Losi Racing and Hobbywing?
KM: it meant a lot to me to make my sponsors proud and show them what I can do.
AW: Where does this win rank on the list of races you’ve won?
KM: This is at the top of my accomplishment list for sure. Getting third last year just made me want to win it even more. 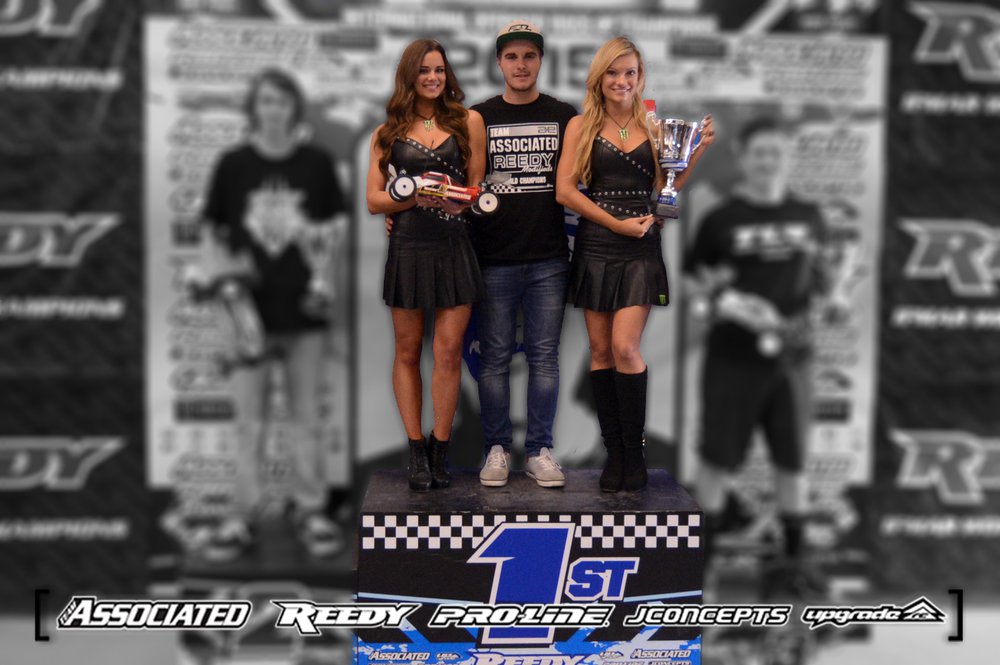 Aaron Waldron: Now that it’s been a full day since winning your first Reedy Race title, has the accomplishment sunk in completely?
Kyle McBride: It has sunk in and I'm feeling real happy with the win at Reedy, it was unexpected to end up with these results but it's awesome.
AW: What did it mean to you to have such success in your debut with Team Associated?
KM: It means a lot. Team Associated have been so welcoming when I joined their team and all the people at AE are really nice and generous people. It means a lot to start off the year with a great debut!
AW: You’re most well-known as a nitro racer. Were you surprised at how well you did, running such new cars, against racers who run electric buggies on indoor clay all the time?
KM: I was quite surprised to do so well. I haven’t done any electric racing since I was about 12. I tried to run at home as much as I could before the Reedy, but I didn't expect to be up there running for the win.
AW: Did the disappointing finish in 2WD provide extra motivation to clean up in 4WD?
KM: I was a little bummed how my 2WD A2 ended up but that's racing. It did make me more keen to get that 4WD win, no doubt!
AW: Do you think that your experience racing nitro was an advantage racing in two ten-minute finals?
KM: I think it did come into play a little in that ten minute main. I'm used to running lap after lap in nitro, and ten minutes is just one qualifier for me. I got better as the race when on thanks to my nitro roots.
AW: It was pretty obvious that, once you got out front and pulled away in A2, that you were taking it easy - backing off down the straightaway, not taking risks through the infield, and eliminating mistakes. Was that your plan all along?
KM: I knew 4WD was going to be an intense race and everyone would be going for it so my plan was to push hard at the start to try get a solid lead and when I did to just cruise around and not waste battery and make sure I safely make it to that finish line.
AW: Where does this win rank on the list of races you’ve won?
KM: I have no list of wins in electric, but this win made me really happy and gave me a lot of confidence to further push my 1/10-scale racing. It's definitely up there in the top five!
Share:
blog comments powered by Disqus