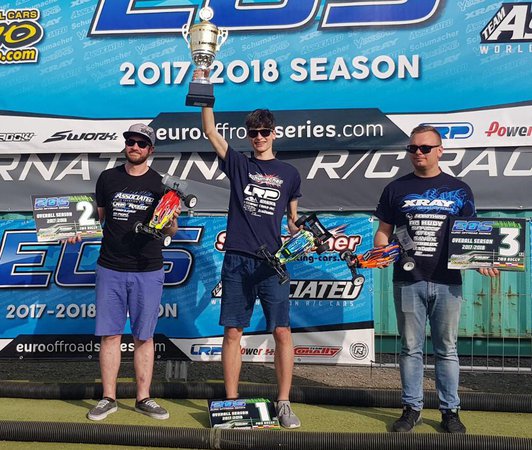 As many of our fans will has seen it was a perfect weekend for the team at the EOS finals.  Our two top drivers Michal Orlowski and Joern Neumann were on top form with Joern locking out 2WD with a TQ and overall win, preventing the title challenger Neil Cragg overhauling Michal’s Championship points tally.  On the relatively unfamiliar astro surface at Arena33 Michal would qualify and finish 4th, still a strong performance in this strong field. 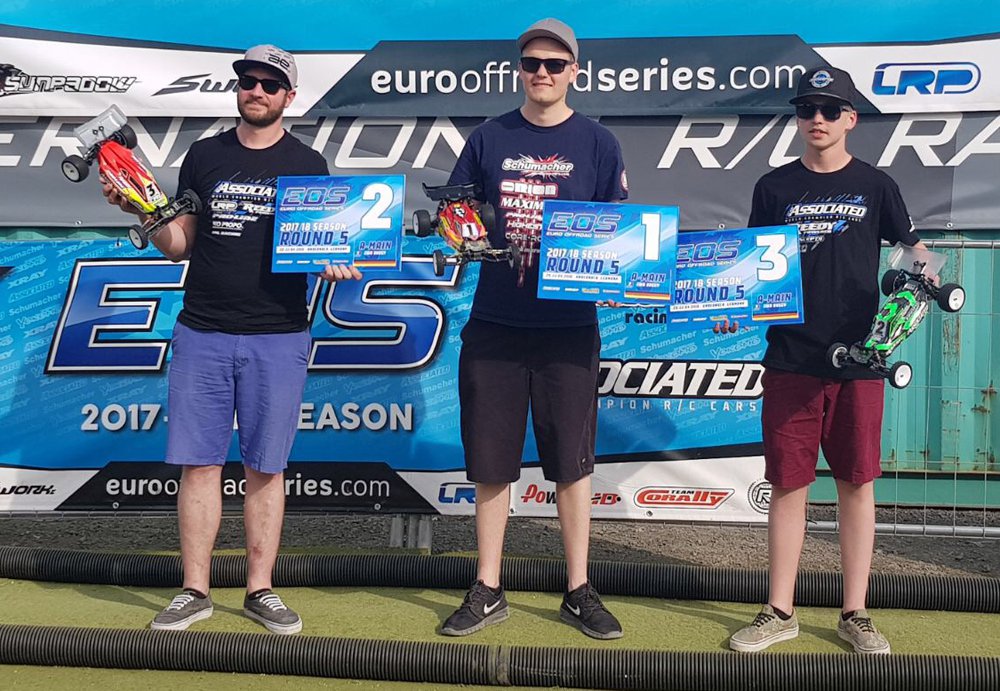 So with 2 wins and a second from the 5 championship races Michal became back to back EOS 2WD Champion!  A hugely impressive effort! 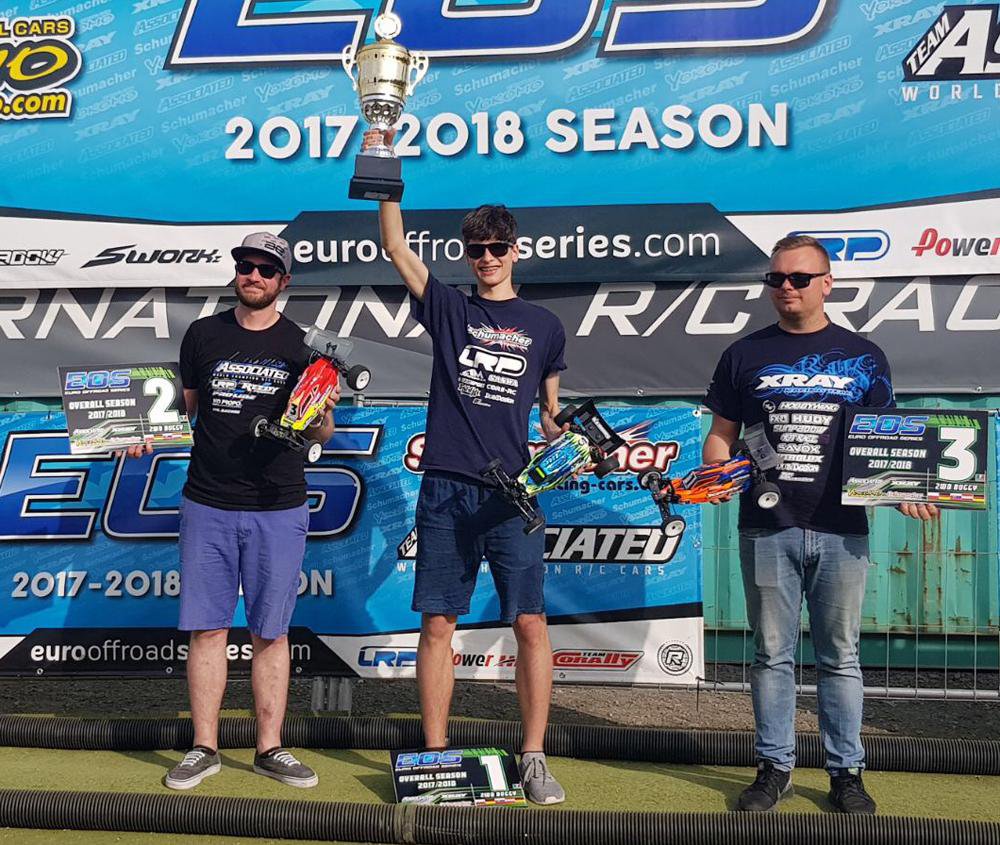 On to 4WD, this year has seen the transition over to the new CAT L1, initially in prototype form and then with mainly production cars for rounds 4 and 5.  A risky strategy but one that has paid off in the end.  Joern and Michal would again battle it out at the top with then taking 1st and 2nd positions on the grid for the finals, TQ once again going to the flying Joern.  Leg 1 would see Michal benefit from a Joern mistake early on and take a comfortable victory.  Leg 2 saw a huge battle between the two Schumacher men at the front of the field, with a final last race to the finish line down the straight it was Michal that took it by just 0.092 sec and with that confirmed his second championship win of the weekend! 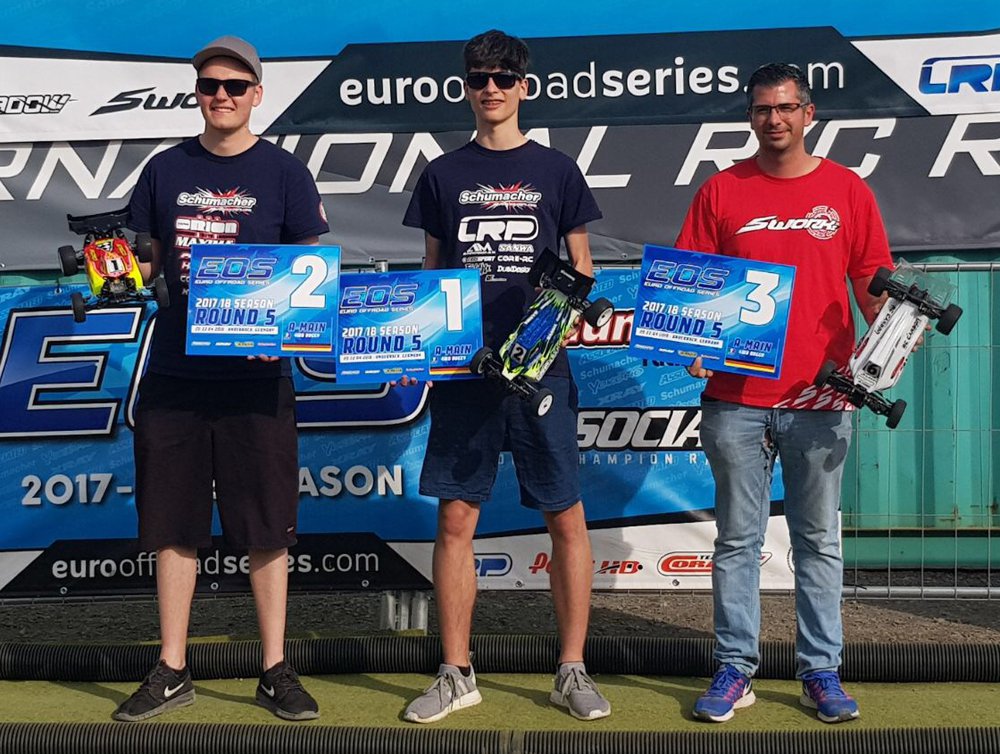 Joern put in a fantastic performance and it was great to see him rise again with the team and get stronger and stronger with the cars to claim second at Arena 33 in 4WD. 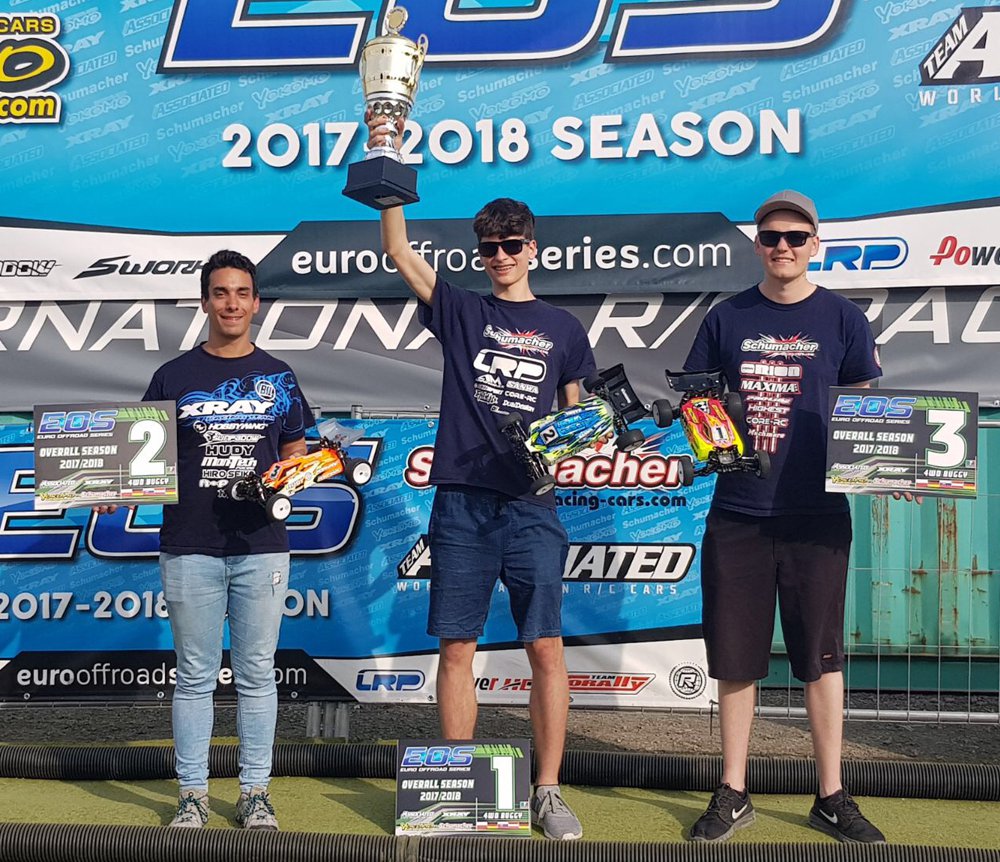 Congratulations to Michal on his Championship victories and Joern on his fantastic performance at Arena33 and 3rd in the 4WD Championship. 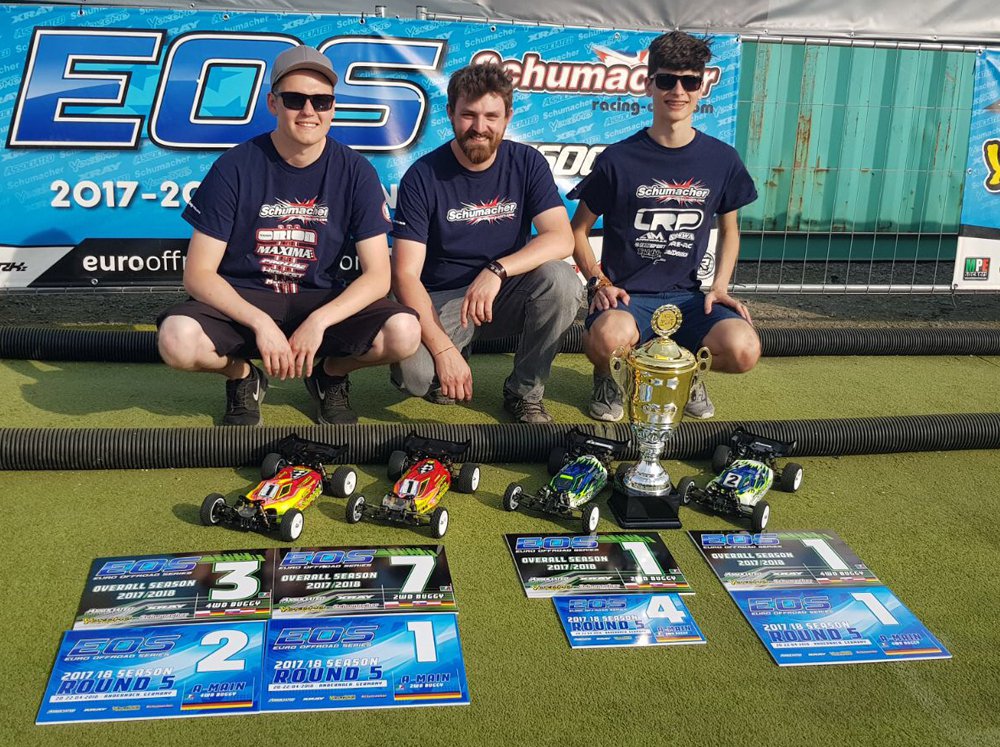