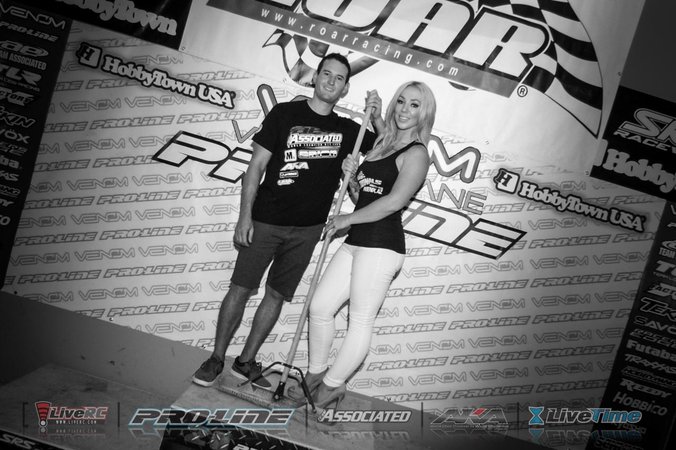 Ryan Cavalieri made history today during the finals for the ROAR Electric Off-Road Nationals at SRS Raceway, becoming the first driver to win four national championships in one day. He completed a perfect sweep of the weekend in which he TQ’d the Racing Truck, Short Course, 2WD Buggy, and 4WD Buggy classes - and then won the first two legs of the Triple A-Mains in all four to wrap it up.

Cavalieri led A1 from start to finish, winning by 4.6 seconds. Tebo raced from fourth on the grid to second, swapping spots with Hartson twice in the middle of the race before finishing 4.5 seconds ahead. Cavalieri wrapped up the title in A2 by withstanding race-long pressure from teammate Spencer Rivkin, while Carson Wernimont - who raced his way up from tenth on the grid into third before the two-minute mark - finished third. Rivkin took the lead from Phend around the two-minute mark of A3 and held on by less than a half-second, as Wernimont again finished third. Rivkin earned second overall ahead of Jared Tebo, as the current world champ had 40 laps for his combined time tiebreaker while Wernimont had only 39. 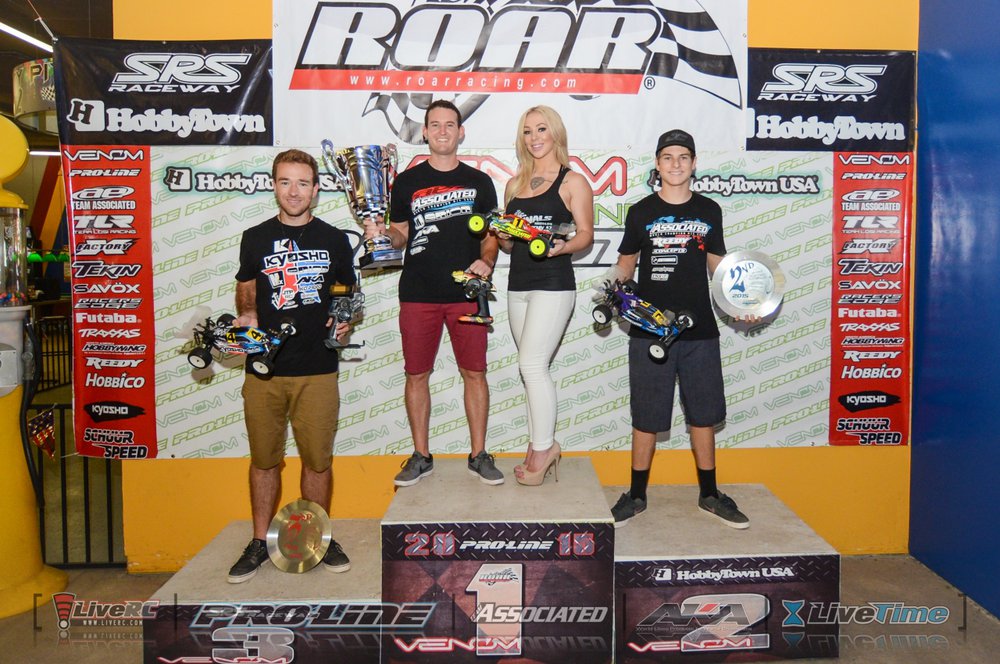 In A1, Cavalieri dropped as low as fourth on lap four before racing his way back for the win ahead of Ryan Maifield and Dakotah Phend. The second round was much less dramatic, as Cavalieri led from tone to tone while Phend and Rivkin settled for second and third - and the win clinched the title for Cavalieri. Phend led the opening laps of A3 until Ty Tessmann - who was fourth after lap one - fought his way to the lead by the 1:30 mark. Tessmann held the top spot until the final minute, and just moments after Rivkin took the second spot from Phend, Tessmann crashed and dropped to third and Phend swept past both. Tessmann. Rivkin made a mistake on the final lap, allowing Tessmann by - and that’s all Tessmann needed to claim the final spot on the podium over Rivkin via the tiebreaker. 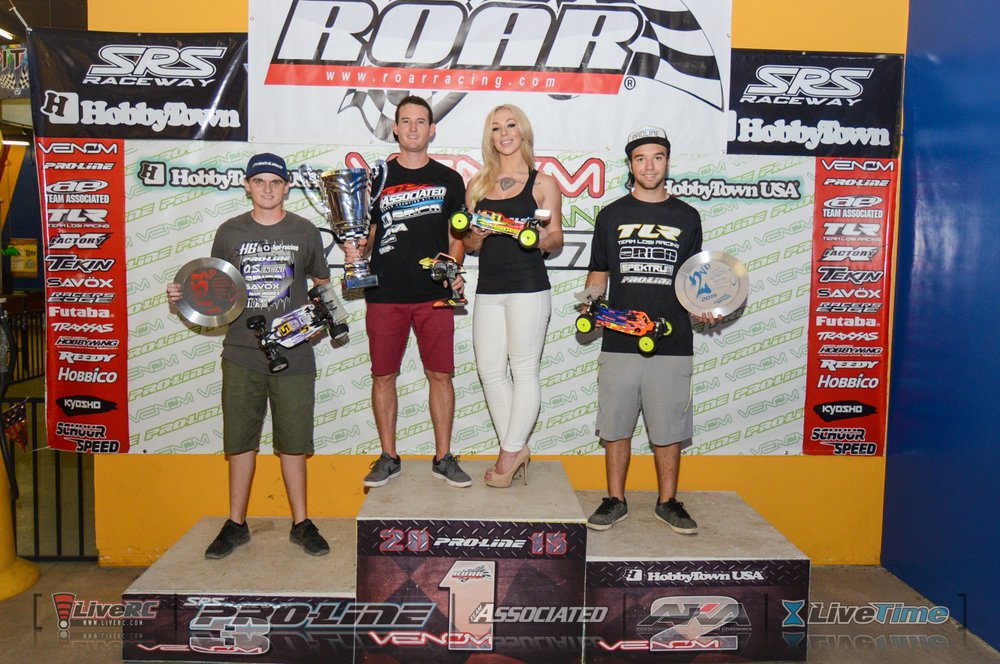 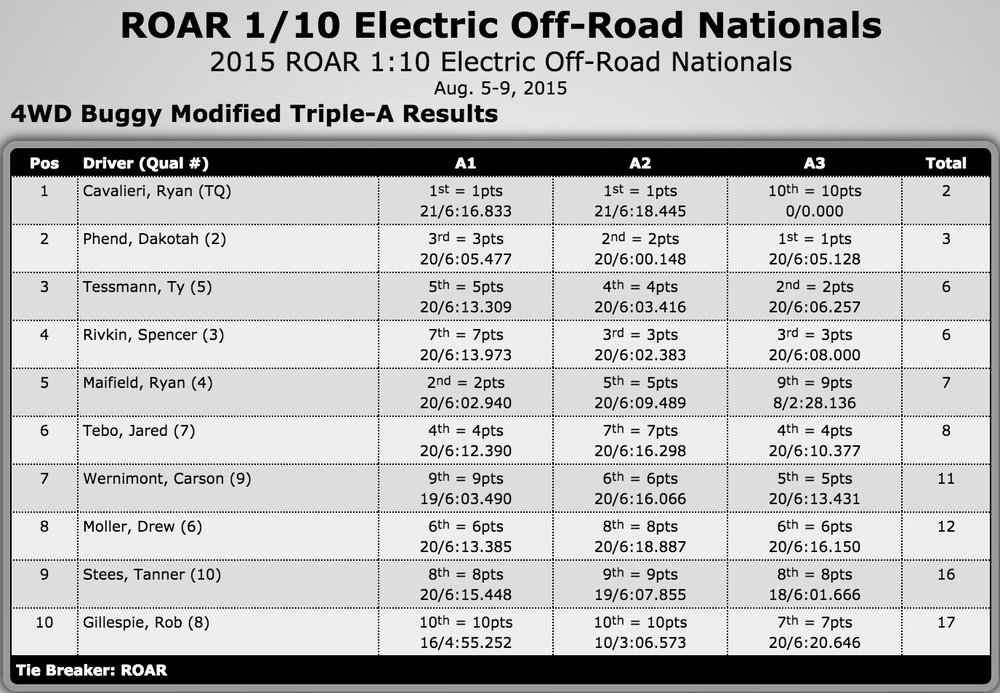 Ryan Cavalieri won A1 and A2 from wire-to-wire, wrapping up the national championship. Spencer Rivkin and Jared Tebo traded second and third place finishes in the first two A-Mains, and then Rivkin beat Tebo by 1.5 seconds in A3 to determine the final podium order. 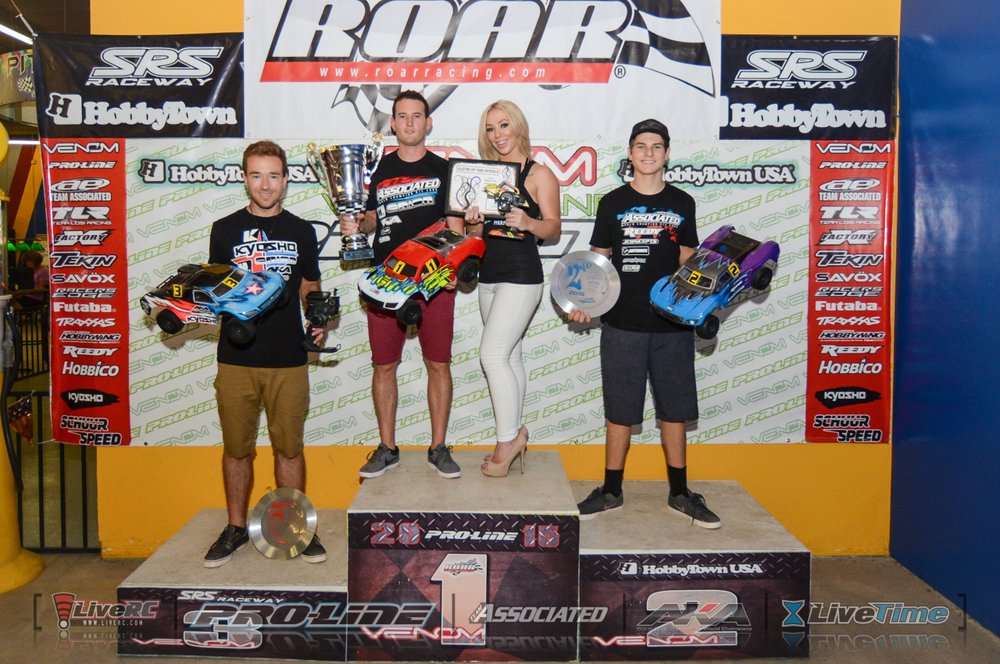 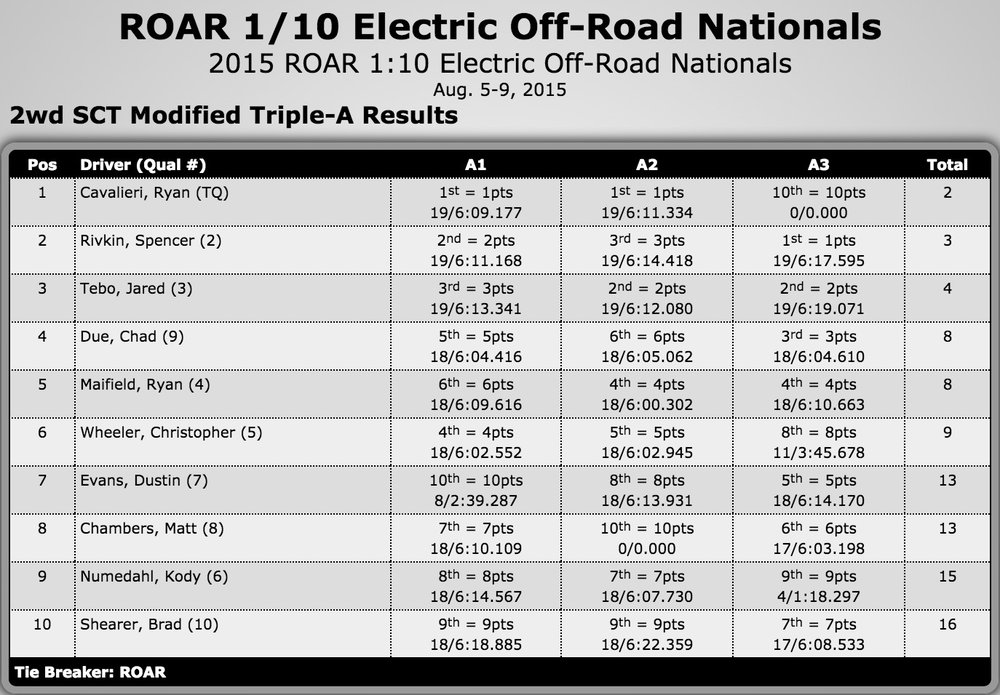 Cavalieri made it by for an extra lap in A1 to take the win, while Tebo and Phend eventually settled a race-long battle with Tebo in second and Phend third. Cavalieri sped off in A2 to win by 8.5 seconds and lock up the title, while Tanner Denny - who drove from ninth on the grid to fourth on the first lap, then leap-frogged both Cody King and Spencer Rivkin the next lap - finished second with another half second back to Carson Wernimont in third. Phend led every lap of A3 to clinch second overall, beating seventh qualifier Carson Wernimont by a half-second. Tebo finished another 3.1 seconds behind, but he held on for the final podium spot over Wernimont in the combined-times tiebreaker by nearly 4.5 seconds. 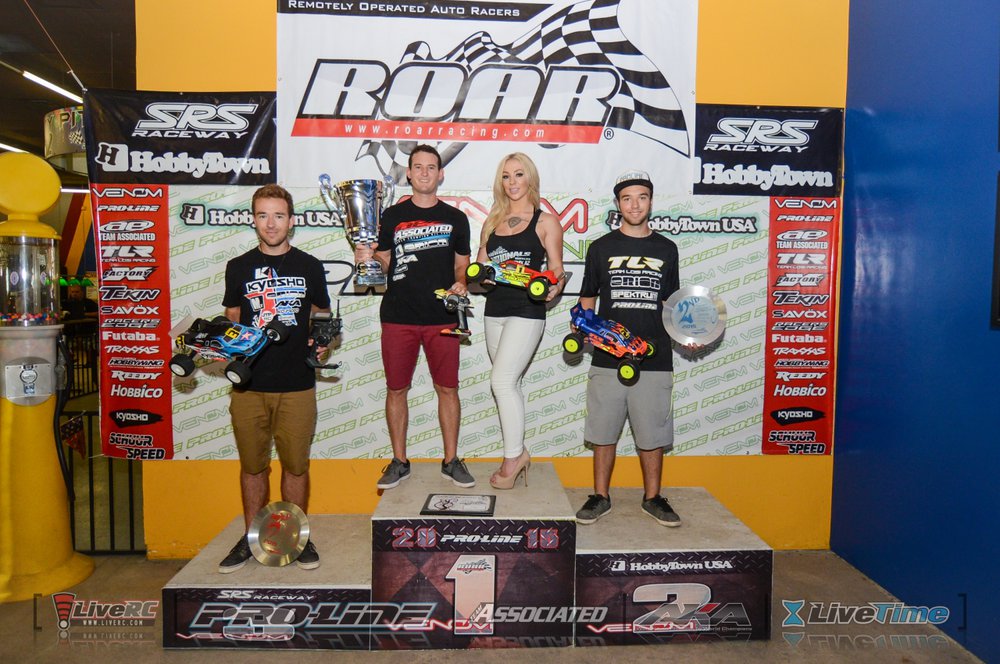 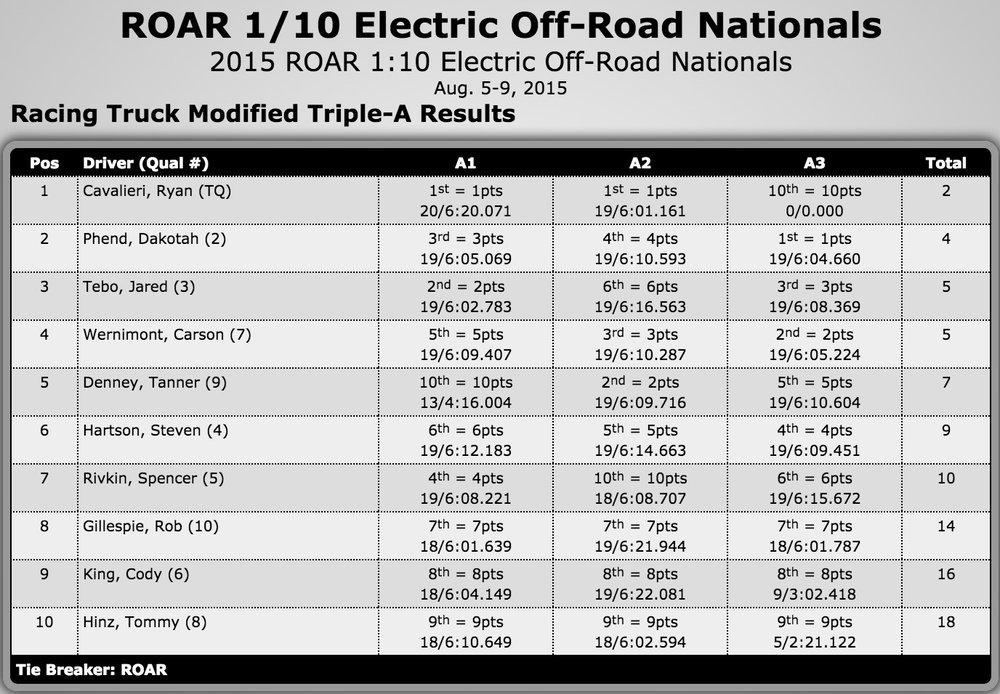 Top qualifier Tanner Day pulled off his best Ryan Cavalieri impression, beating Kyle Layton in A1 by nearly seven seconds and again in A2 by over 4.5 seconds to lock up the championship. Fourth qualifier Brendan Wheatley won A3 over Wight and Kevin Gatton, giving him enough points to finish third overall behind Day and Layton. 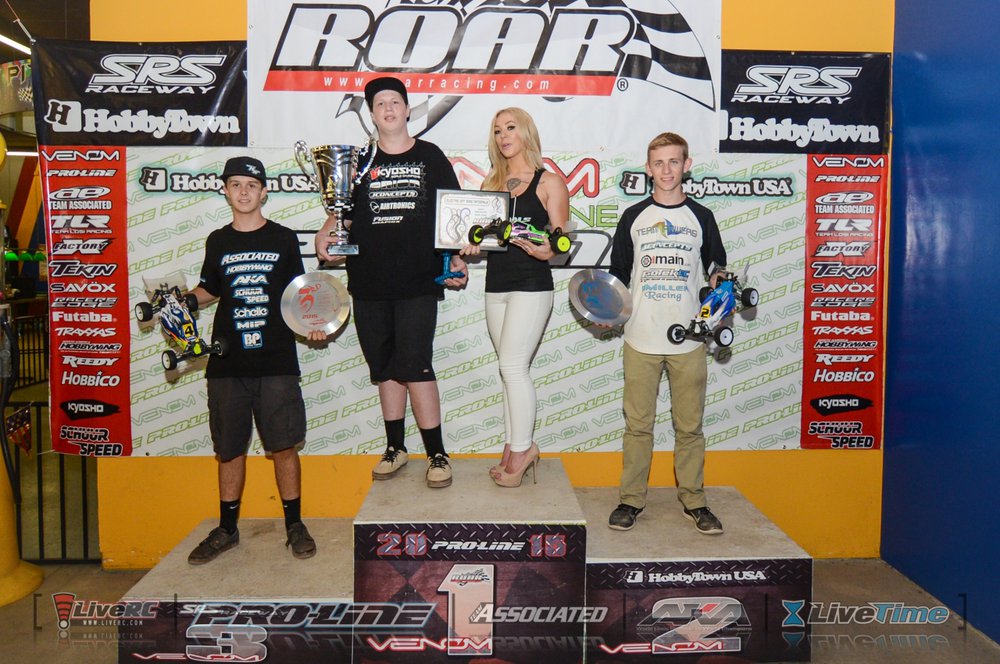 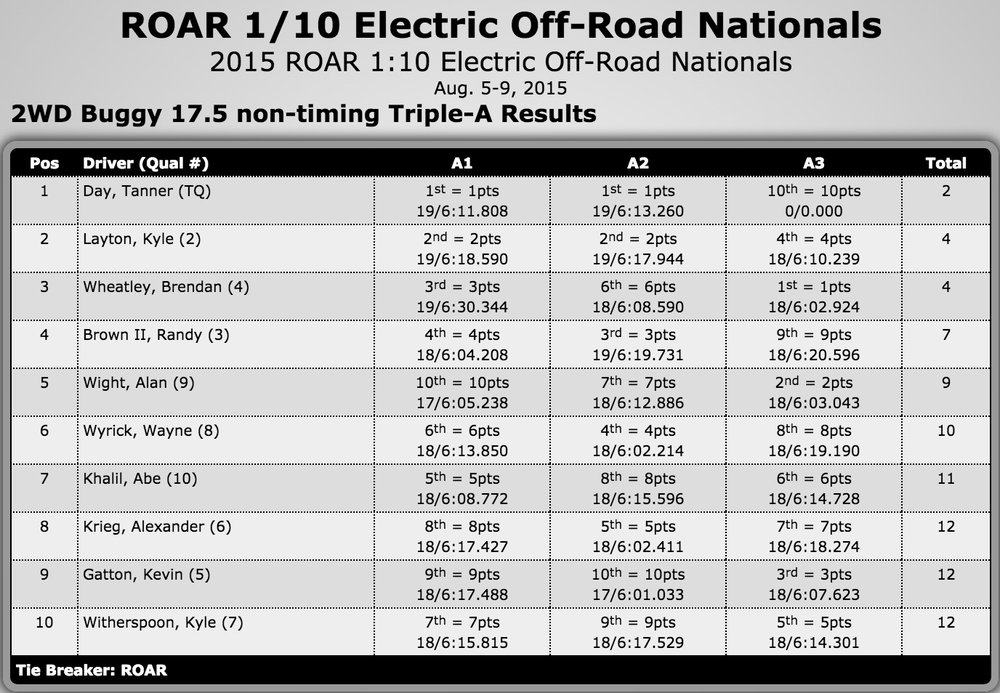 Top Qualifier Tanner Day beat Kyle Layton and Alexander Krieg in A1, but finished eighth in A2. In his place, Krieg won ahead of Michael Meister and Jason Dias. Day stormed back in A3, getting by for a victory lap ahead of Dias and Krieg to seal the deal. Krieg finished second overall, one point ahead of Dias. 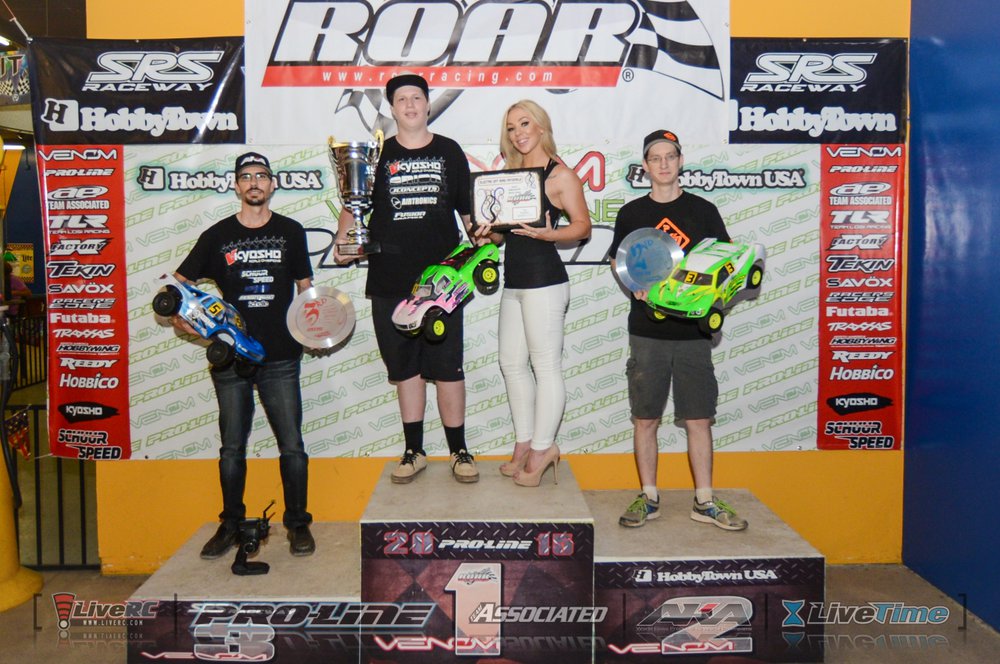 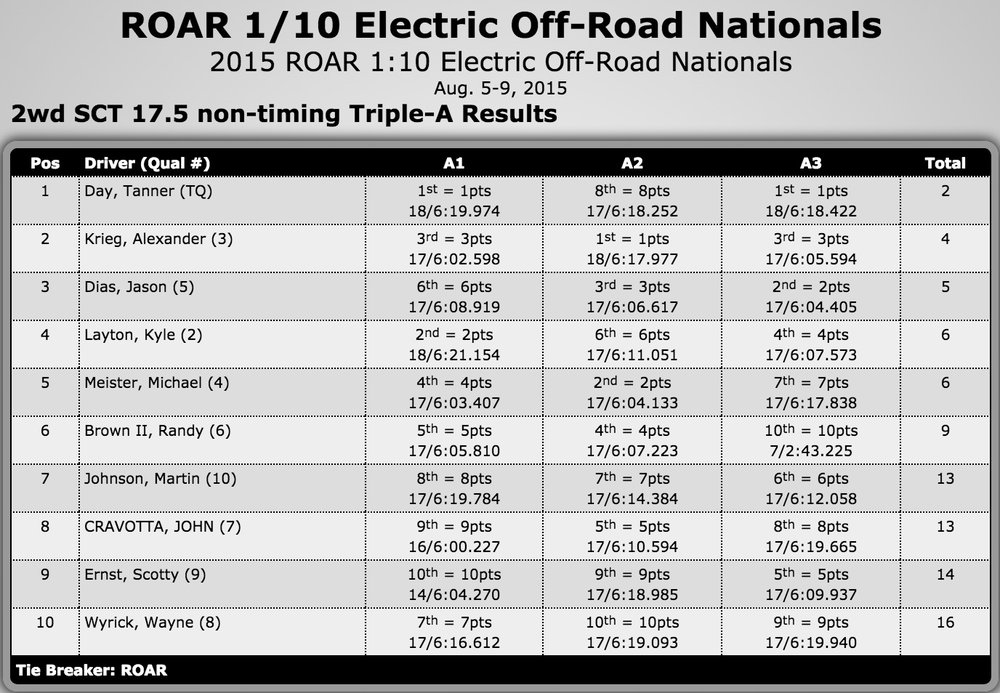 Alan Wight used his TQ advantage to win A1 ahead of Jeremy Harris, with Andy Krivitz third. Second qualifier Nathan Chase recovered in A2, winning ahead of Harris and Wight to force a title-deciding third A-Main. Wight held Chase at by, winning by nearly two seconds to wrap up the title with Dias finishing third. In overall points, Chase finished second with Harris third. 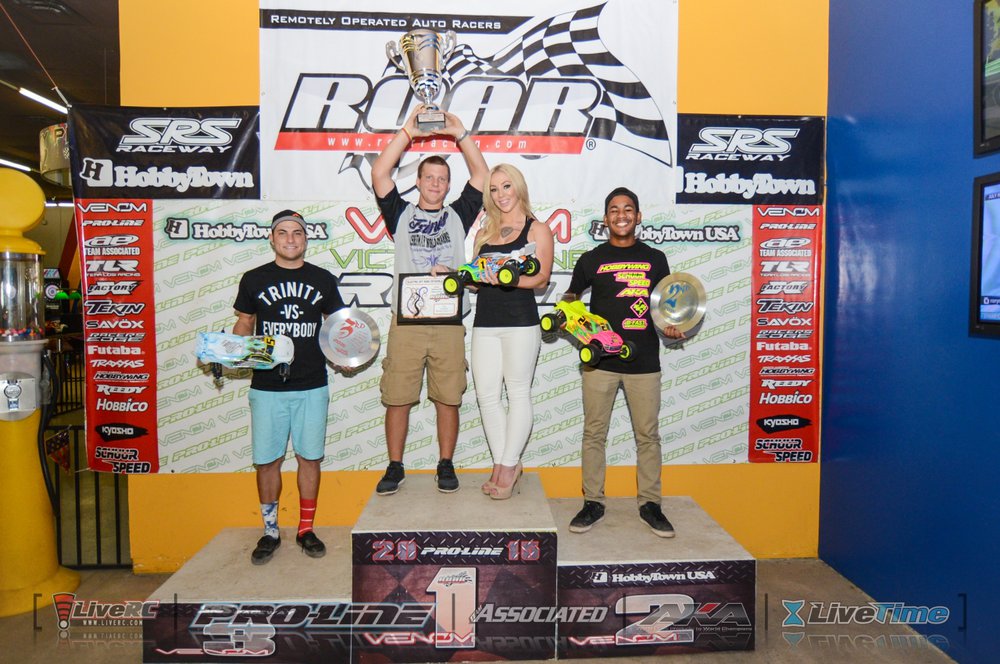 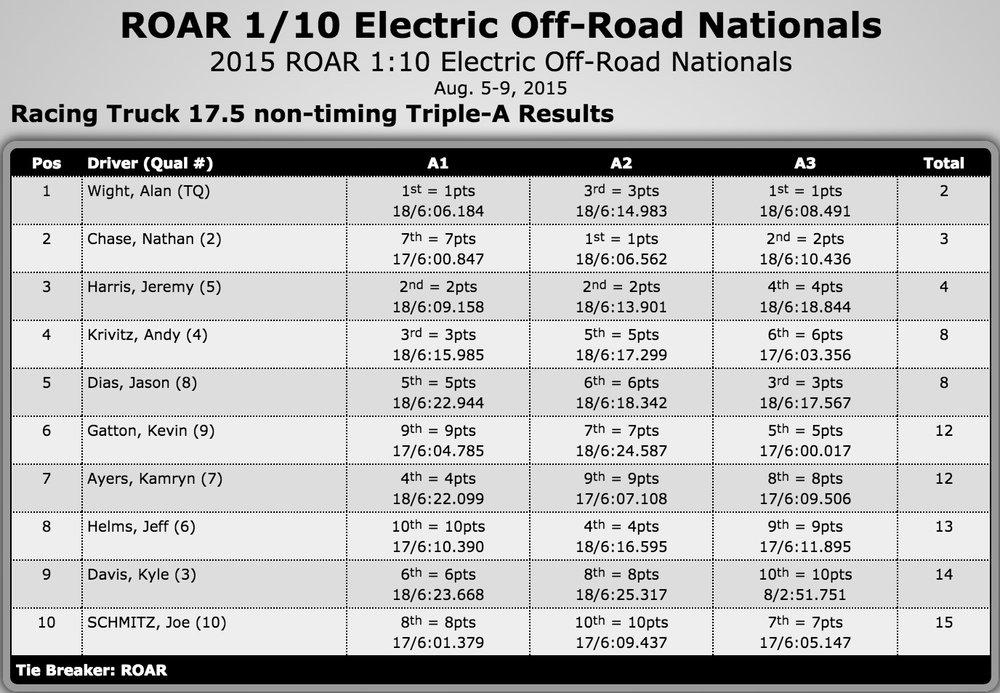 That’s a wrap on our coverage of the 2015 ROAR Electric Off-Road National Championships. Special thanks to Pro-Line Racing and Team Associated for the support of our broadcast and news updates!