Welcome to LiveRC's weekly column, "Talk-It-Up Tuesday!" Here we spend a little time talking with industry icons including racers, manufacturers, team managers, developers, promoters, and everyone in between! Sit back, relax, and go behind the scenes as we interview them all!
Like many RC racing fans, I’ve spent more time than I’d like to admit camped out in front of my laptop watching Pro-Line’s Come Drive With Us documentary series of videos that highlight some of the biggest RC races around the world - even though I’m at the events myself, it’s nice to see a different perspective than the one I get when running to and from the LiveRC trailer all week. The short films are the work of Cory Drachenberg, who owns The RC Depot hobby shop in his hometown of Edmonton, Alberta, Canada. I’ve had the pleasure of getting to know Cory as he has attended a greater number of events over the last couple of years, but I was shocked to learn that he’s a construction manager by trade - and that editing video is just a hobby. 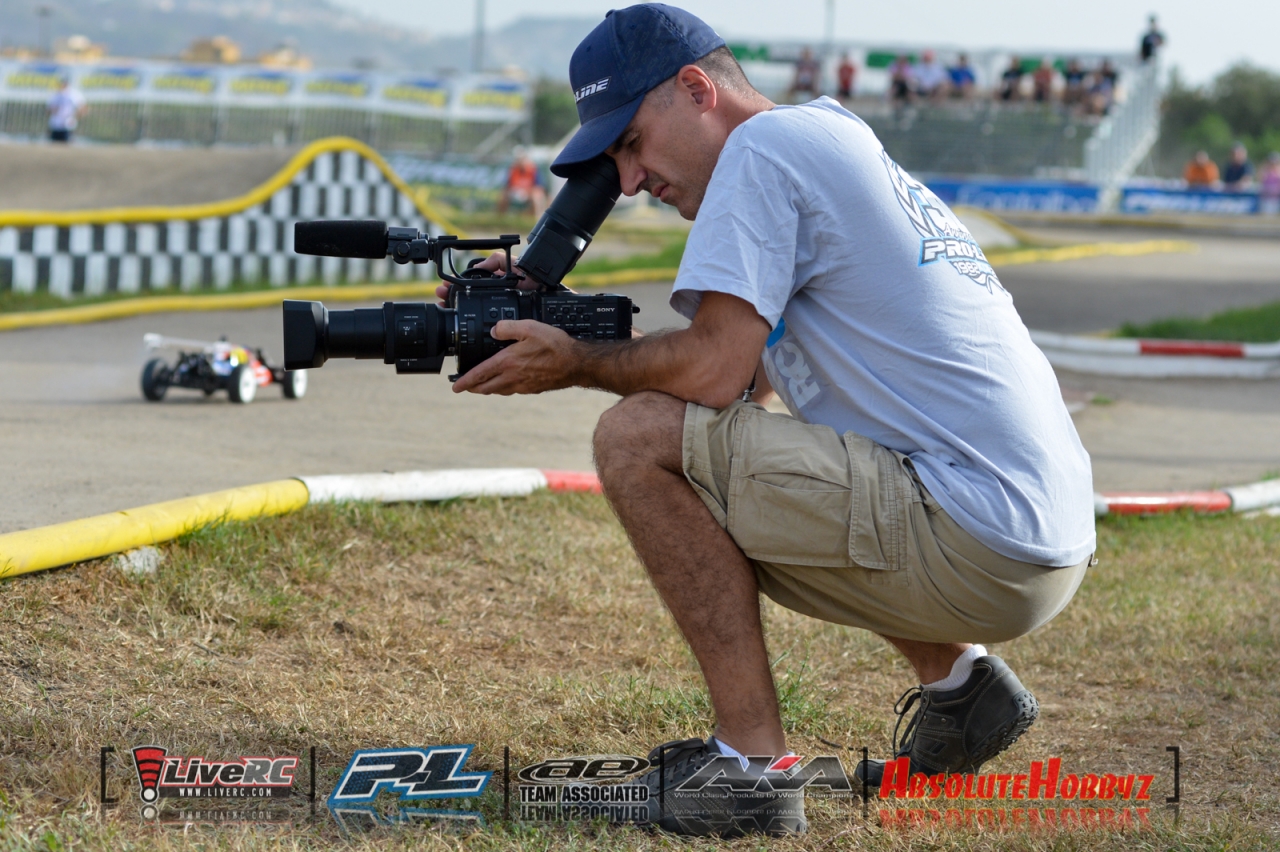 Aaron Waldron: How did you get started in radio control, and how long have you been racing?
Cory Drachenberg: I got started racing after reading about a local R/C car track called CanTraxx in the local news paper. That was in 1990, so 25 years ago. I've been hooked ever since. 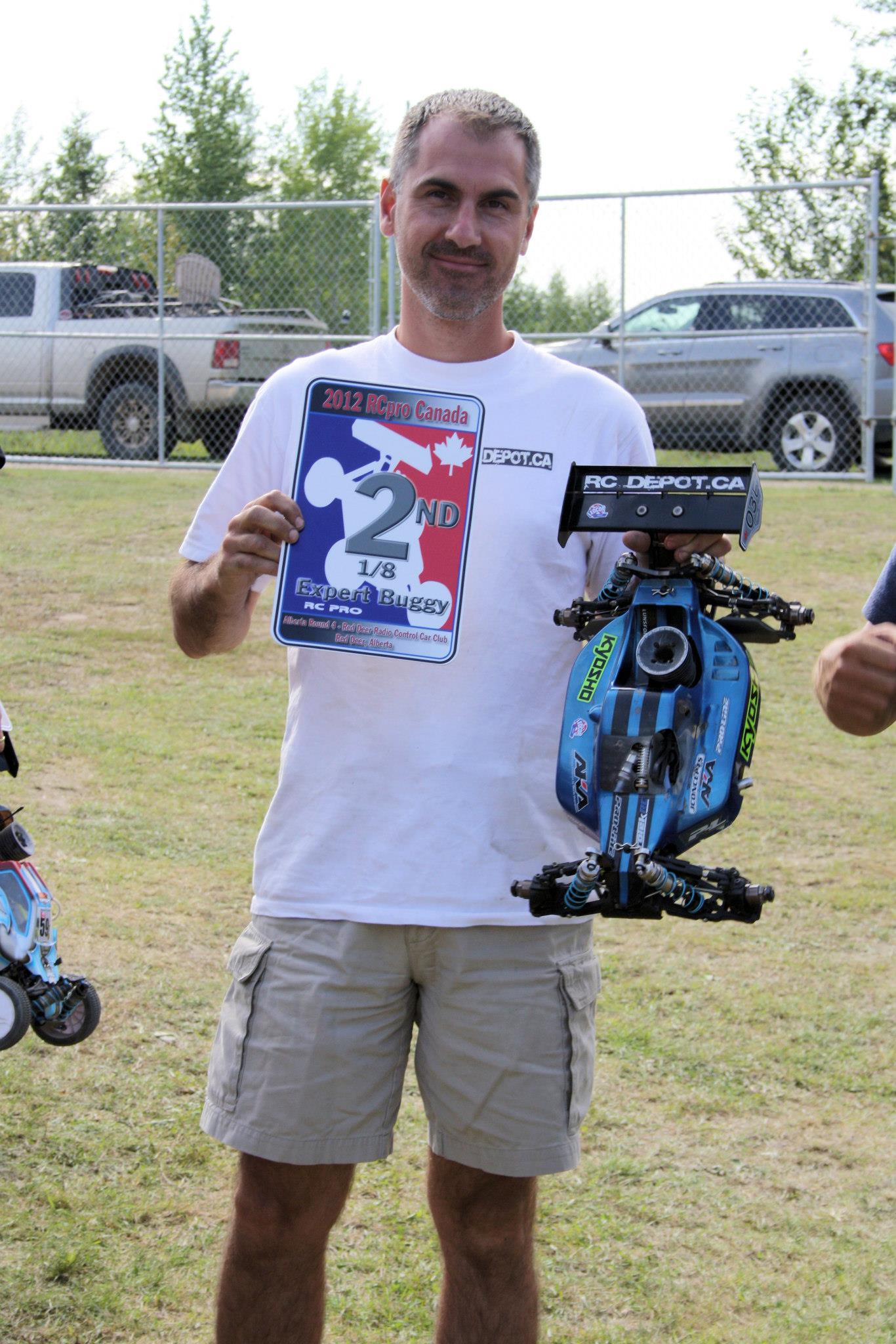 AW: What is your background in video production?
CD: I’m not sure if I should reveal this, but I have no formal background in video production. It's something that I've done for most of my adult life, and I just had a knack for it. I tend to do a ton of research and I also do quite a bit of practice in the R/C space and other areas throughout the year. 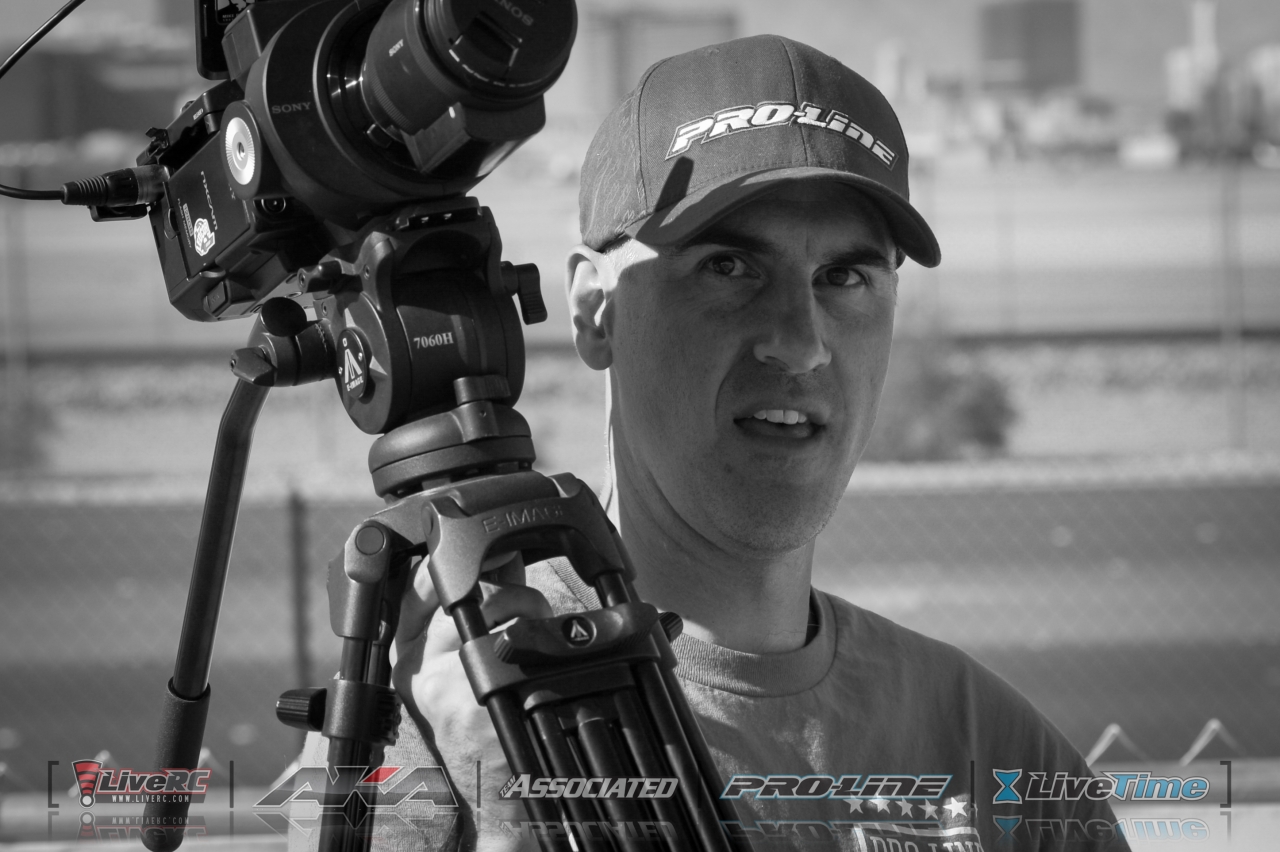 AW: How did you get started working in the RC industry? What was your first RC video?
CD: I'm a bit of an R/C purist, so I'm very particular about the classes I run. As a result, big nitro races were pretty boring for me as I would only run the Nitro Buggy class. A fellow racer pointed me to the AMain.com videos that Derek Threatt used to do, and I decided to do something similar in my down time at major events - minus the dubstep. One of my first videos was a promo for a local hobby store; honestly, it wasn't all that great, and when I watch it now I think it's pretty much terrible.
My first widely circulated R/C video was the 2013 Cactus Classic video. I had a lot of fun at that race, and really enjoyed making that video, so I decided to start putting more effort into my videos. Gradually my productions started getting better and better and I eventually got noticed by the Tessmanns. They sent a video I did for a local event to Tim Clark at Pro-Line, and he said something along the lines of "get that guy a quadcopter and he's right there with the AMain videos.” Soon after. Pro-Line and the Tessmanns hired me to do a video for their race, the 2013 Medicine Hat Shootout. They liked my work and it got quite a bit of attention. I took advantage of this attention and pitched the idea of a documentary series to Gord and he passed the idea along to Pro-Line owner Todd Mattson. That idea became the “Come Drive With Us" series, and the rest is R/C history. I owe a huge debt of gratitude to the Tessmann family and to Pro-Line for taking a chance on me.

AW: Do you get to race more or less often now you’ve started traveling to shoot videos?
CD: Last year I raced the same as any other year, but this year it has been difficult due to my shooting schedule. This year I have been practicing more than racing, and it's more fun. No politics, no drama, just fun laps with good friends. I have still managed to burn eight gallons of nitro this season. 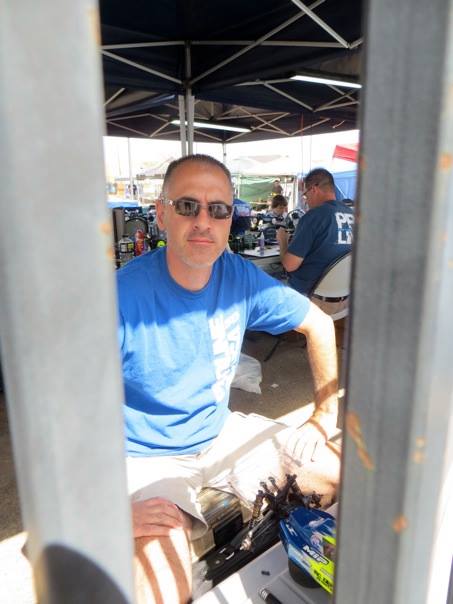 AW: What are the coolest places you’ve visited for RC races?
CD: For me it's more about the event than the place. The 2014 IFMAR Worlds in Italy was far and above my most memorable. It was the first Worlds I've ever attended and given that I am Canadian, it was nice to be able to be there for Ty's big win. I savored every moment of that race and have nothing but fond memories of that event. 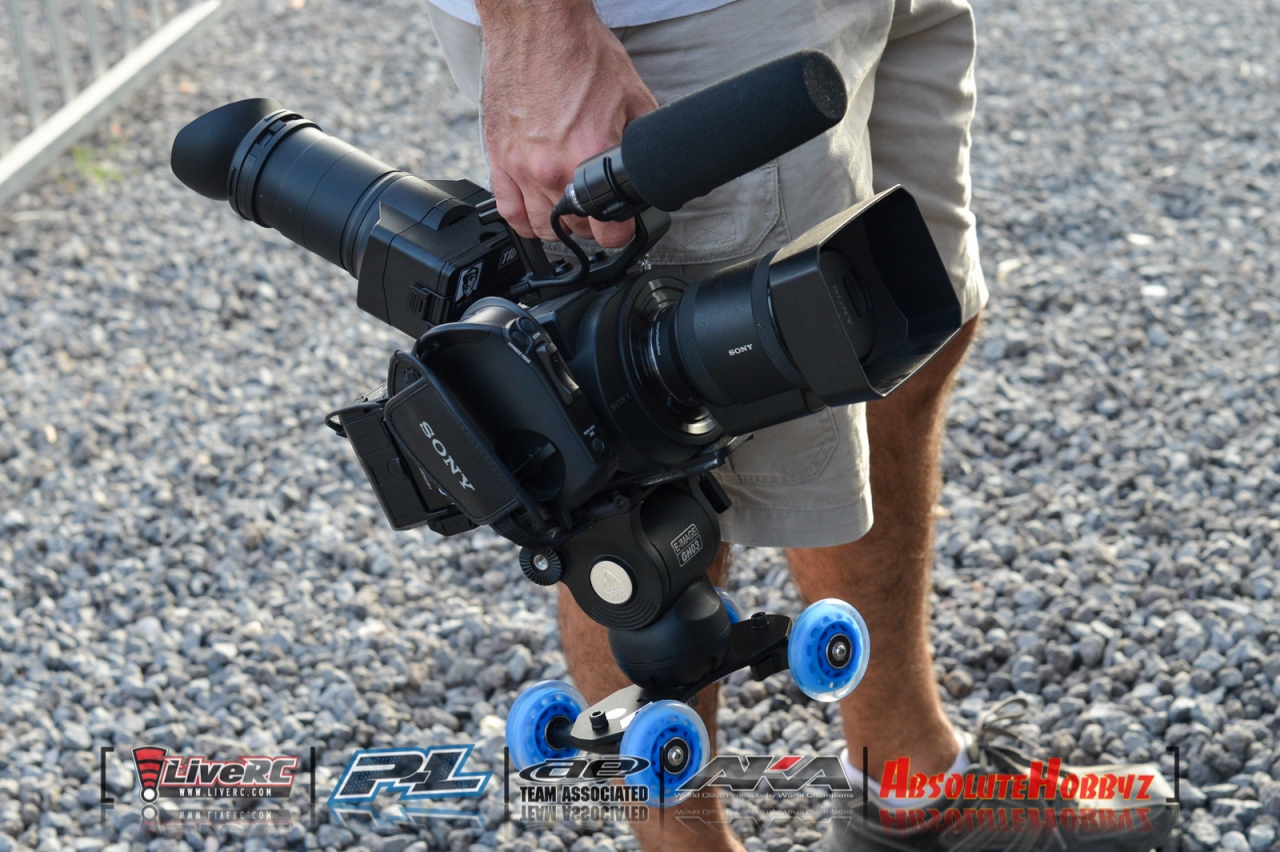 AW: How has your opinion of the world of RC racing changed since venturing outside of your local scene?
CD: I used to hear the stories about how some pro drivers act at the races and to be honest, I thought very little of some of them. But when I started filming the events that I have, and started mingling with the pros that I had heard all these stories about, I started to realize that this is their day job. So I had to ask myself how I would appear to outsiders at my day job when my boss is coming down on me and telling me that if I don't perform my bonus will be affected. My annual performance bonus absolutely equates to the contingency money that is paid to the top drivers by their sponsors; so I would say this has made me a lot more understanding of the pros and I tend to cut them a lot more slack now. 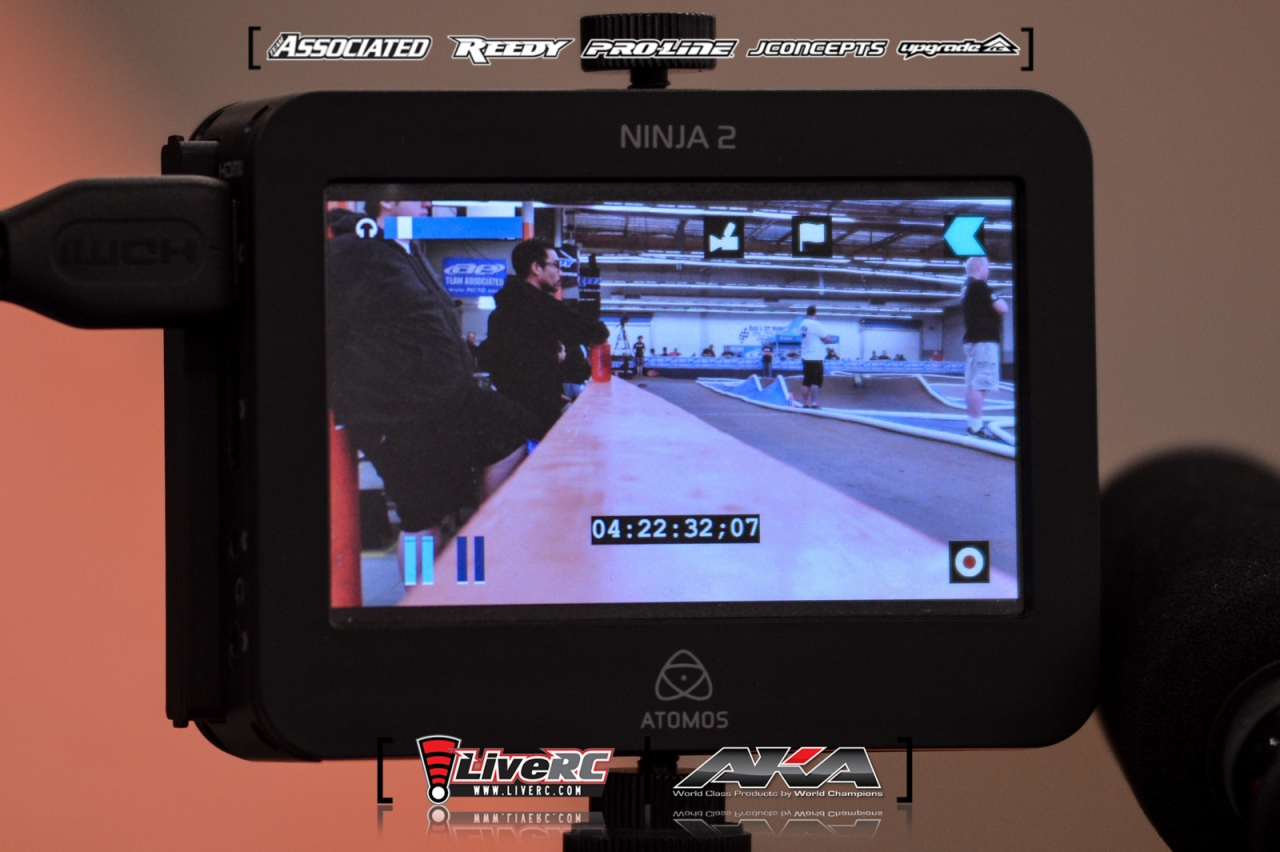 AW: How do you explain to non-RC friends what you do?
CD: Most of my non-RC friends think it's amazing that I get to travel to make movies about toy car racing for bowling trophies. I tend to just show them one of my R/C movies - usually it's the 2014 IFMAR Worlds - and say "that's what I do.” Their opinion almost instantly changes and they take it a lot more seriously. 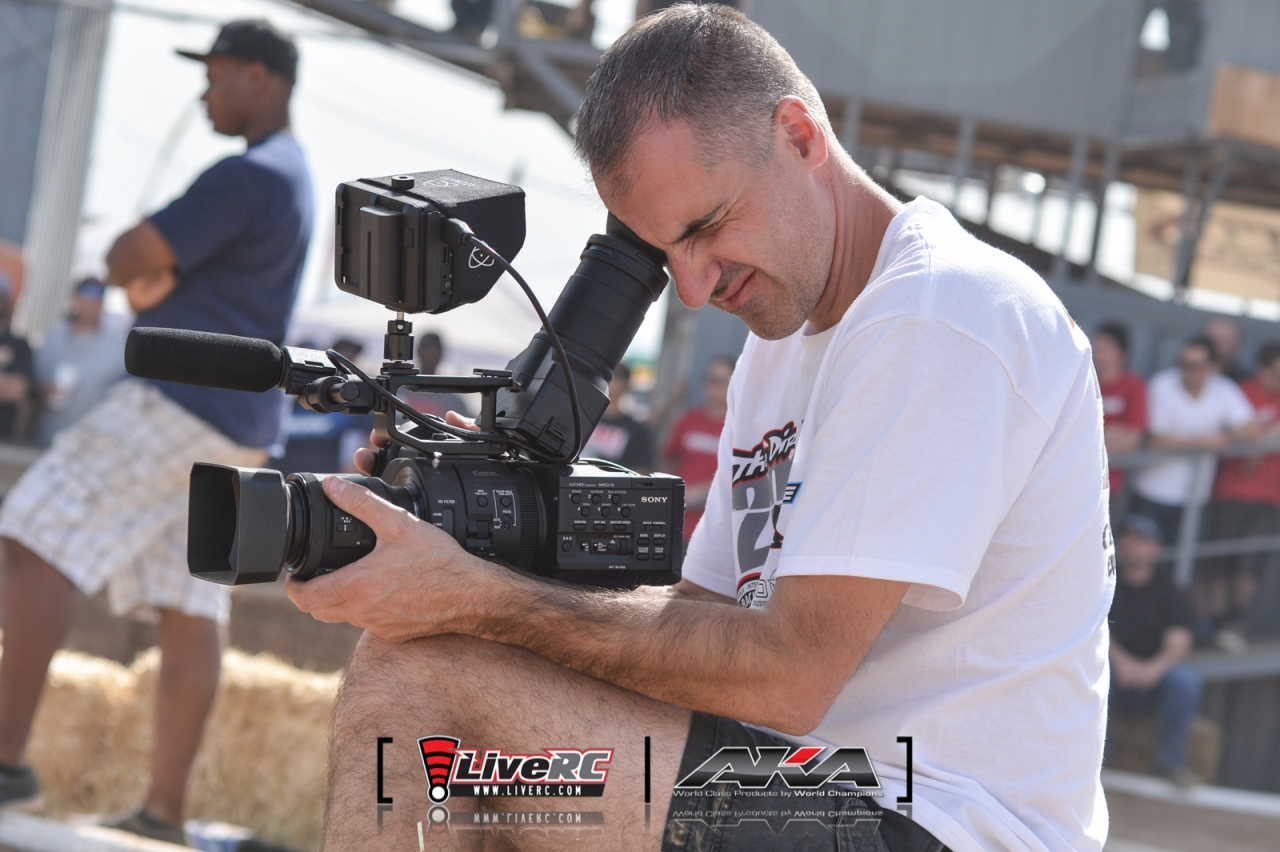 AW: What’s your favorite part of RC racing? What about RC racing annoys or bothers you?
CD: The competition without the fear of injury is, bar none, my favorite part; very few sports offer this level of competition in a relatively safe manner. Ironically, my only injuries in R/C came when I started doing video production - more specifically, the R/C Tracks of Las Vegas Promo Video. Not naming any names, but Kyle Johnson smoked me when he was coming off a table-top - oops, my bad… sorry Kyle. Also, the skill required to do what we do continues to draw me deeper and deeper into the hobby/sport. The part that annoys me about RC is the people that take it too seriously. Very few racers will ever be able to make a living off of driving an R/C car; it would be nice if they just realized that and had fun with the hobby instead of putting so much pressure on themselves. 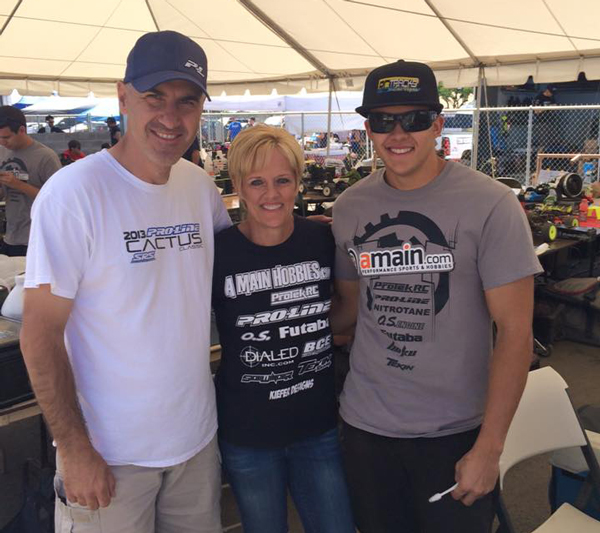 AW: When you’re not at the racetrack or staring into a camera, what are some of your favorite hobbies?
CD: R/C is still a hobby for me so it is a big part of my life, as is watching movies and going on epic road trips with my family. My three kids look forward to our annual "Nitro Challenge Road Trip.” 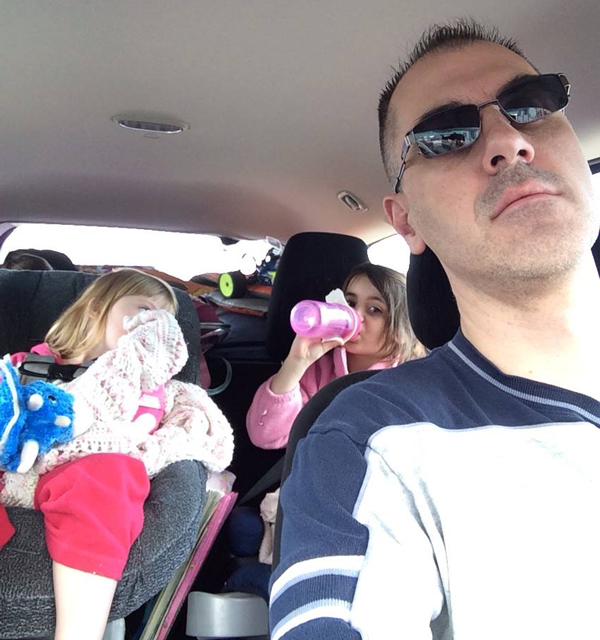 AW: You just published an independent bash video at a skate park, and it was one of the coolest action clips I've seen in a really long time. How different was that to put together versus a race video? Did you have a plan going into the shoot? What kind of parts did you have to replace on the car?
CD: It was shot completely differently; I knew there was a hard-cap on time (60 seconds) and I knew I wanted to jam as many shots into it as possible, so I got pretty close to the action and kept the clips tight and short. In many ways I wish that the contest would have allowed double or even triple the time as I could have used more aerials and had some more technical shots. It was still a very challenging shoot both on myself and on my good friend, Wayne Mah, who was driving, so I tried to plan as many shots as I could going into the shoot. There was a local skater giving us some ideas so we definitely improvised several shots. The race videos actually have very little planning; I really just show up and try to keep up with the story lines that unfold at each race.
The buggy actually did really well. It endured over an hour of punishment. In the end, the chassis is rippled, the steering brace disintegrated, two drive shafts were severely bent, the rear center shaft bent, and the rear bulkhead essentially shattered. Wayne had no intentions of landing that last jump so it was inevitable that it wasn't going to drive away from that one. Wayne and I definitely have new respect for "bashers.” He said it was the most fun he's had driving a nitro buggy all season. Even though I only got to drive for the on-board video shots, I tend to agree with him. It was a blast. 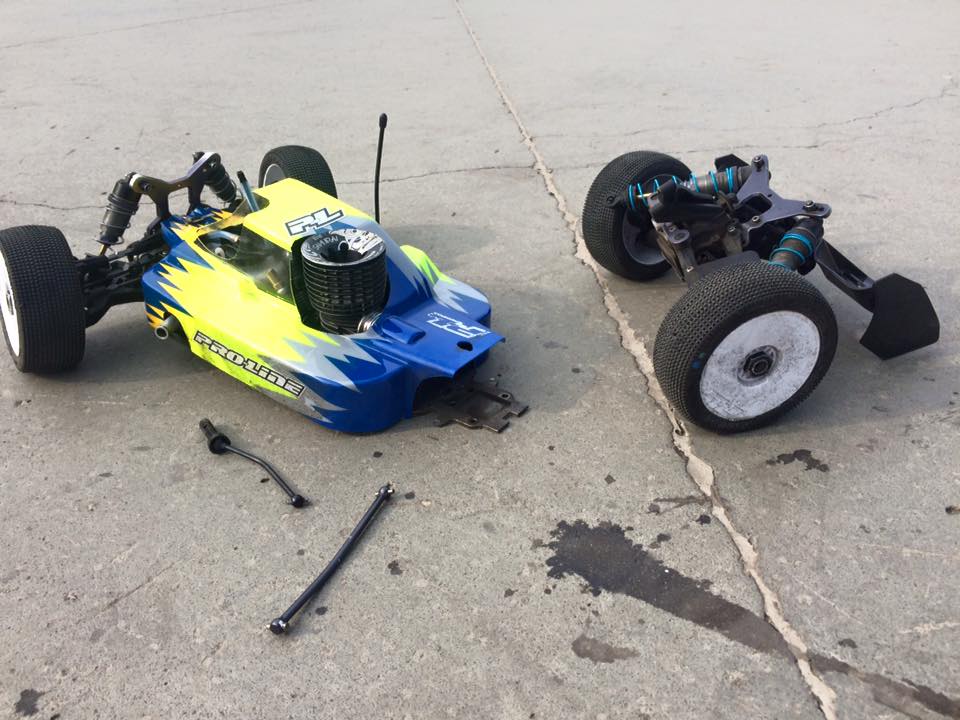 AW: What tips would you give to someone interested in creating their own RC videos?
CD: The biggest piece of advice I can give is to hold the camera steady. Smooth video is what will make your video stand out. Watching lots and lots of Stephen Spielberg movies will also help - he's the master of unique camera angles. Maybe watch a bit of Star Wars too. Okay, a lot of Star Wars. (FYI: There is a Star Wars Easter Egg in every single episode of the Come Drive With Us Series.) The final piece of advice I can give, and the most important is to never, ever, ever under any circumstances no matter what...use dubstep.
Thank you for taking the time to interview me. Now back to finishing up "Come Drive With Us - The ROAR Nats". It should be out in the next couple of weeks. 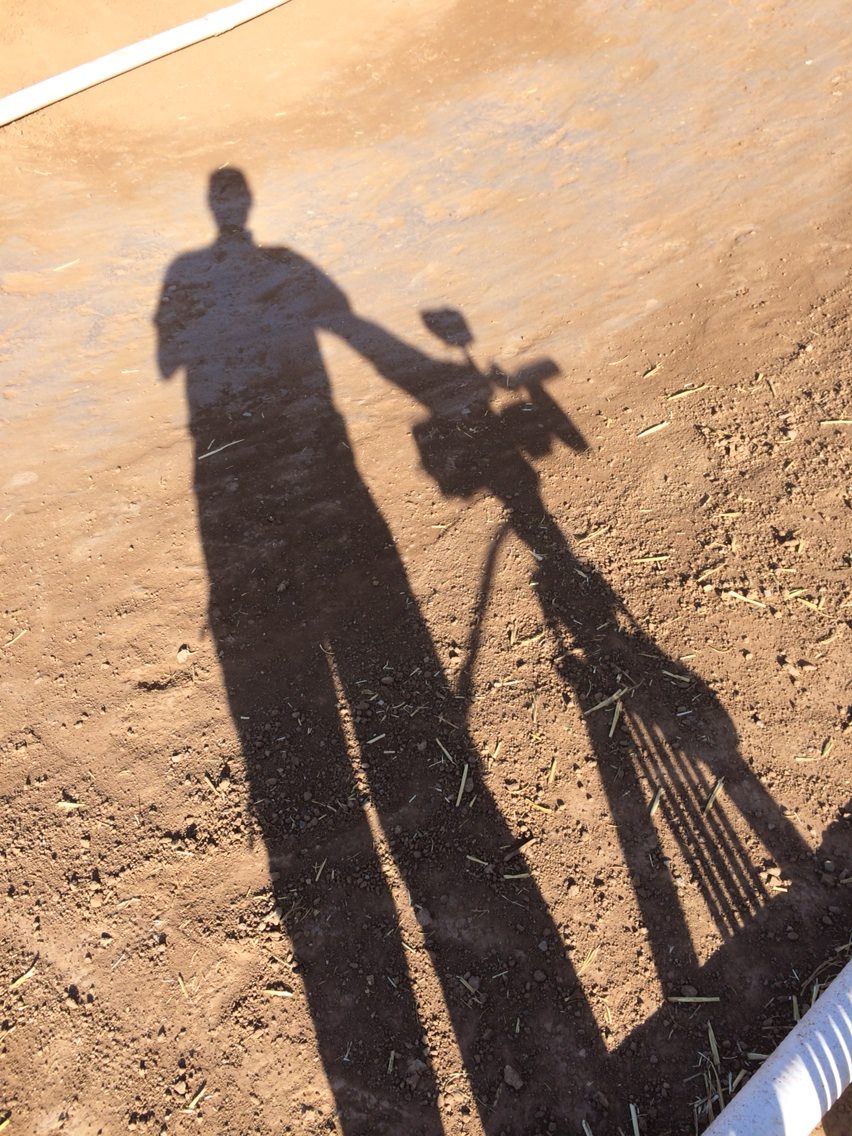