Talk It Up Tuesday: Dave Hill

This week, we caught up with Dave Hill the writer and director of the new 'Flying Cars' film. Check out how the film came together and some of the behind the scenes influences and ideas.

Where did the idea for this film come from?
DH: My brother and I grew up playing with RC cars as kids. My first car was the Tamiya Stadium Blizer. Over the years, we got more and more cars, always jumping them in the front year, Bmx track, etc. I took a break in college and after I graduated, my brother and I got Traxxas Rustlers. This is when we started building wood ramps and filming them launching pretty high. At the same time, I making short films and preparing to make a feature film. My first script was an expensive-to-make adventure film that I gave up on. I then set out to make a script about something that was close to my heart. I love Indie romance/drama movies, and thought, what if I do an romance with RC Cars?! At the time, it seemed like it would be simple and easy to make, so I just busted out the script and kinda ran with the idea.

Was the plan always to use RC racing or were there other subjects you could’ve used?
DH: It was always about RC cars from the beginning. Nothing could have replaced that for me. Not drones, not planes. RC cars are so nostalgic for me, growing up with RC Car Action subscriptions, I had always been fascinated with the racing aspect, but never was a part of it until I made this film.

Does the subject stem from some sort of real world experience?
DH: I wrote this film after my wife and I had our first kid. My basic thought was, what would it look like for a guy like me, who feels the weight of all my responsibilities and knows the rights things to do, what would it take to lead him down a totally different path in life? I purposely had our hero be engaged, but not married. I feel like the audience just couldn’t sympathize with him if her had been bailing on a wife/kids. It was a fine line. So yeah, it was based on my life, but like a fictional “what if” version.

Do you see this movie as a positive light into the RC industry?
DH: I see it as very balanced, and very similar to the way I feel about it. For me, RC cars always came in phases. I would go to hobby shop, see a cool new type of car, buy it, use it for a year, then kinda get bored, and repeat the cycle again a few years later. With this film, the hero was more like this. There was no version where he’d end up making his life about RC cars, though we see plenty of characters in the film who’s lives do fully revolved around RC cars. I think the film makes the industry look fun, new, weird, crazy, and hopefully will spark the interest of non-enthusiasts, and well as maybe help shed some light on the industry for spouses, kids, etc of current RC car fans. 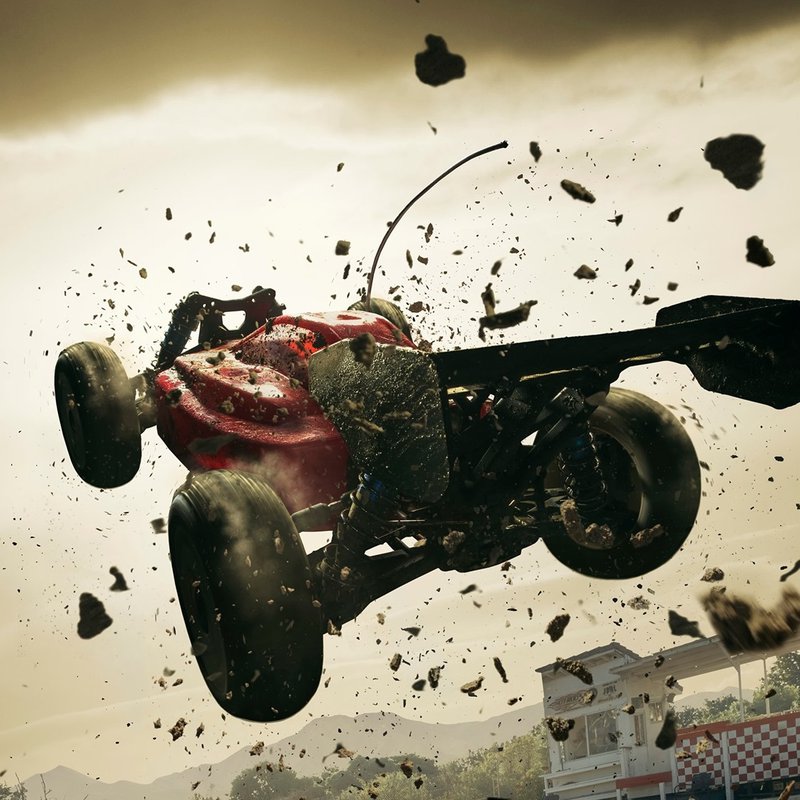 Was the main character intended to go through all the tribulations and mistakes from the beginning, infidelity, job loss, etc?
DH: Yeah, that was all planned from the beginning. I wanted to show how in life, it’s usually not one big mistake that unravels your life, but small decisions, over and over and over again that lead us down the paths we go. It felt honest.

How were the companies that you worked with from the industry to deal with?
DH: We mostly dealt with Team Associated. They were awesome. They invited us down to their office a couple times. They read the script and liked it, so they ended up giving us the 4 cars we used for filming, as well as extra posters, batteries, charger, etc. They hooked us up with Jake Mayo, one of their drivers, who did a bunch of the driving in the film. I was a bit scared about how they would react to the script, but they were totally on board. :-)

For those of us who are avid racers, it was neat seeing friends from southern California in the movie, how was the community to work with as actors or extras?
DH: Awesome! We shot most of the track scenes at Hot Rod Hobbies in Santa Clarita, CA. I literally showed up with a camera one night to shoot some research footage, and met the owner, Jimmy Babcock. Jimmy became a friend and let us shoot at a bunch of the races he puts on (JBRL) around Southern California. We would walk around the pit areas and have our actor do real interviews with various races as they worked on their cars. We never could have afford to recreate this stuff, so having the access was great. Everyone we talked to we super exited and willing to help (unless it was race time, haha). Another guy I met that first night, Cameron Neff, ended up doing most of the stunt driving in the film, including the house jump and the jump contest. I think the most stressful part of the racing scenes was getting the short time windows in-between heat races to actually shoot on the track. Because they were real race days, we would get maybe 20 min at a time, and trying to get RC car to “behave” around the track was so stressful, but somehow we were able to make what we shot work in the story.

With the very open ended ending will there be a sequel?
DH: I did shoot an entire scene, where Drew and Rachel start a kind-of traveling RC car circus. But when it was all said and done, it felt too forced, and not authentic to Drew’s character. I do think it would be fun to follow Rachel in her career, and get more into the actual racing drama. You never know! We just need some funding and we’ll jump back in!

Anyone you would like to thank?
DH: Yeah! Shawn Ireland at Team Associated for sure. He was our champion there from the beginning. He also brought his family out to the premiere in Hollywood. Also, Jimmy Babcock totally make this film possible. Lastly, Cameron Neff, who, besides doing the big jumps, also advised me and was just so welcoming to me when I felt like a fish out of water. And lastly, thanks to LIVE RC!

talk it up tuesday Talk-it Up Tuesday
Share:
blog comments powered by Disqus