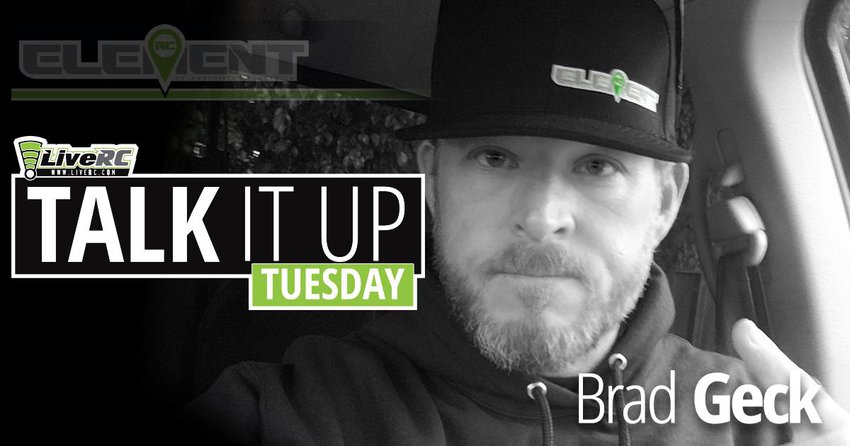 For this week's Talk It Up Tuesday we sit down with Team Associated's Marketing Manager, Brad Geck, to discuss the new Element RC brand, the adventure R/C world, the industry, and more! 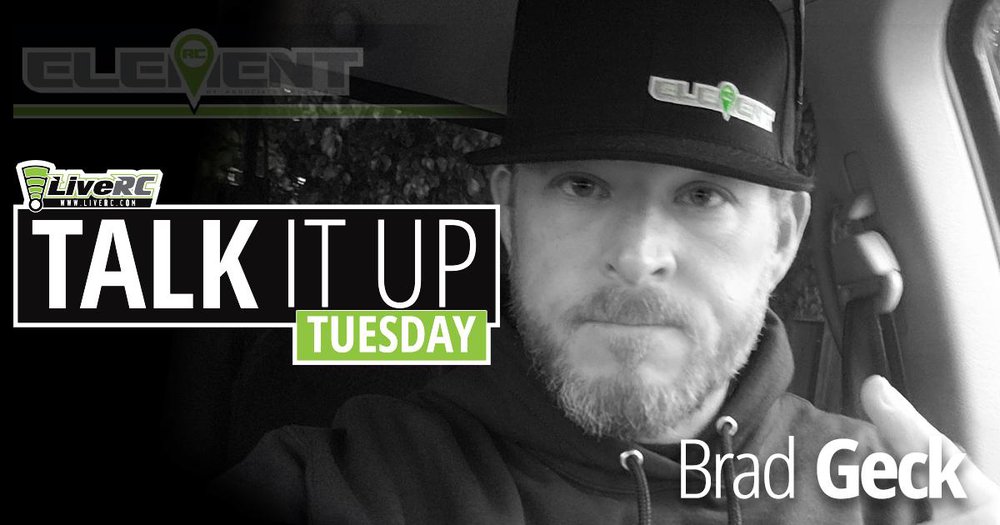 LiveRC: Welcome Brad Geck to this week’s edition of “Talk It Up Tuesday”! Let’s start with your early days in R/C. When, where, how, and why did you get involved in R/C cars?

Brad: This road started for me in 1998 when my brother-in-law gave me a used RC10T. I live in Southern California and just so happened to be 10 minutes from Hobby Shack/Hobby People. Popped in one day to replace the resistor speed control I melted (ugh) and they told me about SoCal RC Raceway, which was just around the corner…and down the rabbit hole I went.

LiveRC: At one point did you decide you wanted to have a career in the R/C car industry?

Brad: In 2001 I was doing computer networking and working at Hobby Shack at night. I was also racing 3 days a week. Friend and fellow racer Torrance Deguzman, who was an engineer for Team Associated at the time, came to me and said AE had a job in the warehouse…I took it without hesitation. Started in March of 2001.

LiveRC: What are some of your roles at Team Associated?

Brad: My first job was all things warehouse. From unloading shipments to sweeping the floors. I moved into Customer Service, then Quality Control, and onto the role as LRP Brand Specialist. I did that for many years before taking on the position of Marketing Manager, my current role. 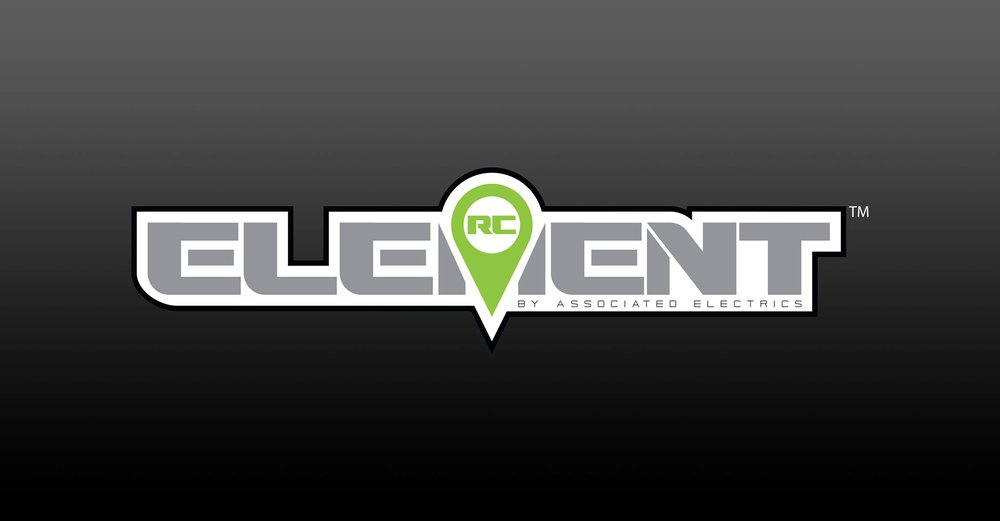 LiveRC: Let’s talk about the new Element RC brand. When, where, how, and why was this new brand developed?

Brad: Personally I am a trail truck guy and had been telling the team about it for a while but, most of the time racers don’t understand the concept. “Wait, you can walk faster than the truck? No checkered flag?” After some convincing and sharing of the market research, they agreed and gave the go ahead to proceed. In late 2016 we were tasked with the job of developing an adventure category for Associated. We needed to determine who would be the team behind it, what it would be called, how it would work, etc. This is a VERY tedious process as it’s the framework and foundation for the brand, forever! Yikes…. The team consists of what I call the “core four”. Aaron Lane the engineer behind Element and the Enduro, John Schultz our brand ambassador and R/D specialist who did most of the vehicle testing, David Palacios our graphic designer who designed the look and feel of the brand, and myself. But at the end of the day, everything we do here is a team effort. WeAreAE. 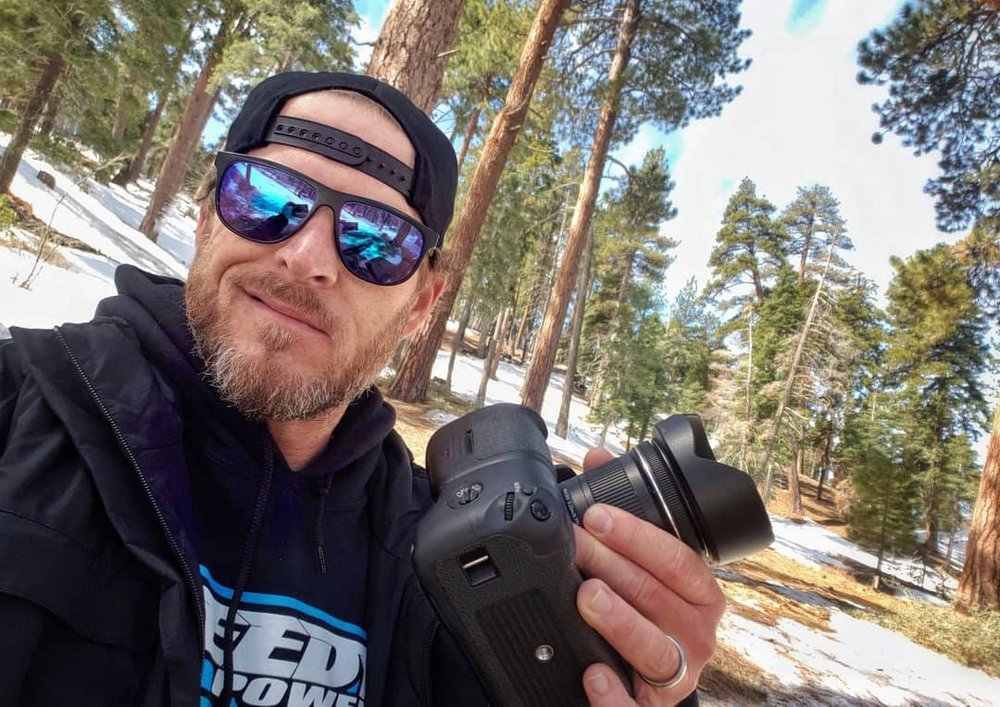 LiveRC: What are your roles and main duties within the Element RC brand?

Brad: I am the Marketing Manager for Associated Electrics, Inc. Anything and everything marketing for Team Associated, Element RC, Reedy Power, and Factory Team. I also do the company photography and social media management.

LiveRC: Obviously the scale crawler and adventure R/C market has grown immensely over the past few years, why do you feel that is has become so successful among new and experienced R/C enthusiasts?

Brad: That’s an easy one; it’s simple. Let me elaborate – It does not take a bag of tires, 40amp charger, track fee, etc. just to get into it. The track environment can be overwhelming, outside is free, terrain is plentiful, and the community is very welcoming. It has all the things needed for a fun and easy entry into the hobby. 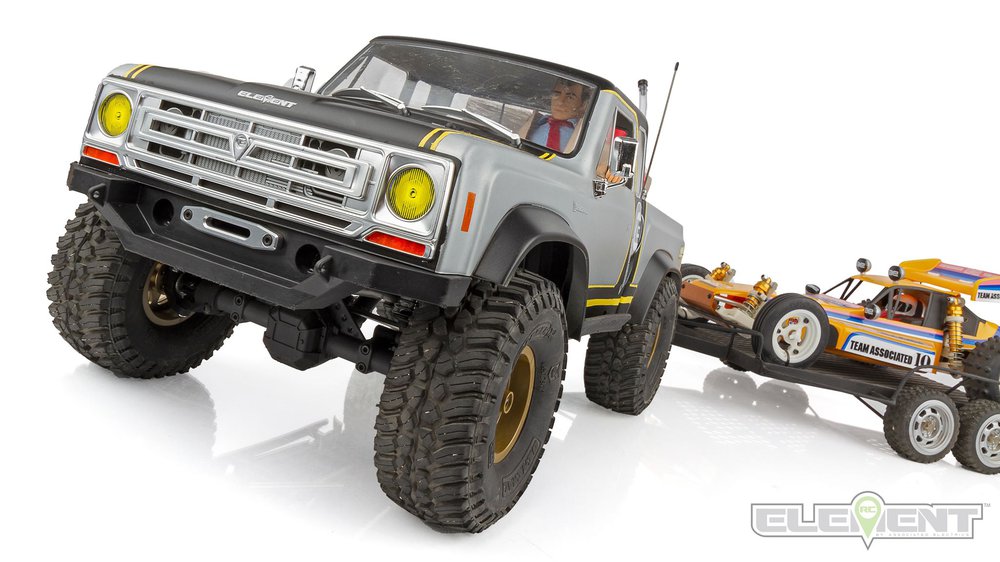 LiveRC: The current Enduro Truck is a RTR version. Will there be a kit version to follow?

Brad: We are just getting started; our new brand is Element RC, but the heart is all AE. Stay tuned!

LiveRC: For those looking to take the Enduro Truck to the next level, what are some of the Factory Team options sold separately?

Brad: Suspension components, shocks, springs, fluids, tools, the list goes on and on. We are going all in.

LiveRC: Aside from the Enduro Truck, what are some of the other products that Element RC currently offers?

Brad: At this stage we are still very early but, as mentioned above, we will be investing in the brand just as much as we invest in Team Associated and the racing category.

LiveRC: While the existing products are impressive, rumor on the block is that Element RC has a number of new products coming soon. Can you give us a hint, clue, or sneak peek at to what we might expect next?

Brad: HA! I’m sure I could, but I won’t. You will have to follow along. One thing is for sure, the Enduro is just the tip of the iceberg!

LiveRC: What is the ultimate goal behind creating an all-new brand, rather than releasing the Enduro Truck and other Element RC products under the Team Associated name?

Brad: More so to keep things organized. It seems that racers don’t want to hear about chassis mounted steering and 4-link suspension, just as the trail truck guys doesn’t want to hear about dog bone sweep and diff heights. A clear brand definition helps with website organization, brand recognition, and allows for a unique story to be told.

LiveRC: How has the world of 3D Printing impacted Team Associated, Element RC, and/or the R/C adventure scene?

Brad: Immensely. People are designing custom parts at home and printing them while they are asleep! How cool is that? Now you have guys like James Knight from Knight Customs offering designed files that you can purchase and make parts at home. That is just crazy… We test vehicles with 3d printed parts now, which makes everything SO MUCH easier. And the technology is getting better every day.

LiveRC: What do you feel is the attraction, thrill, and excitement that the R/C crawling scene offers that other forms of R/C cars do not?

Brad: It’s relaxed and much easier to get involved. Personally I like how the builder/drivers personality comes out in their vehicle. You pull the body off a racecar at the track and they are all pretty much the same, perfectly refined to shave tenths of a second per lap. In the trail truck world, it’s the exact opposite. Its back to the RC10 days, drilling, cutting, customizing, tinkering. Reflecting who you are in your ride, very refreshing to see for me. I like tinkering.

LiveRC: You have built some pretty extravagant scale rigs over the years, which are you most proud of?

Brad: Oh, that’s a difficult one. Each one is special in its own way. Here are a couple. 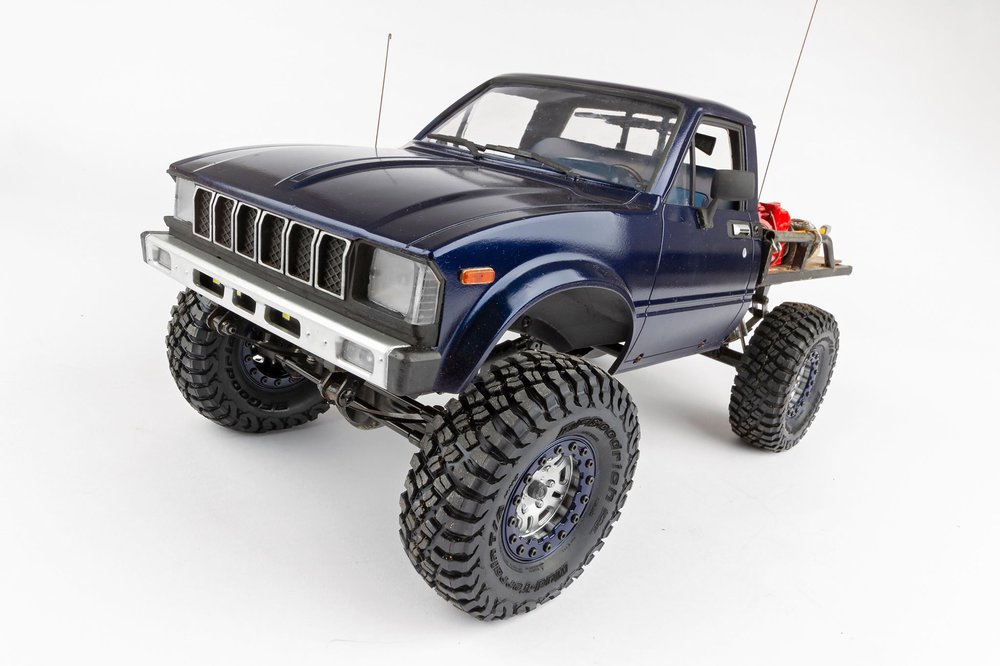 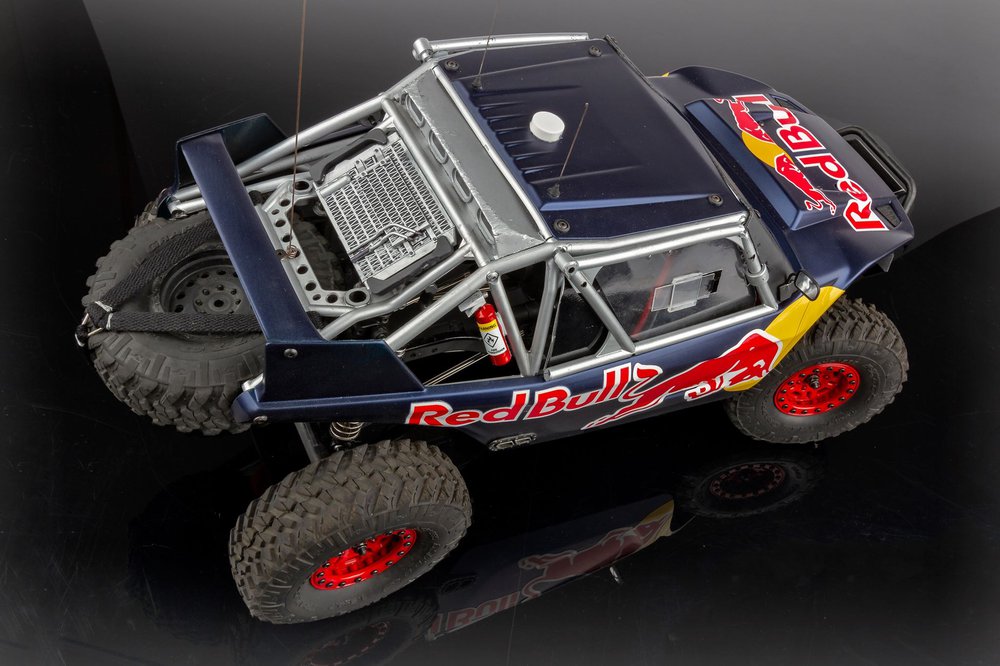 LiveRC: When you aren’t R/C adventuring, what are some of your other hobbies?

Brad: I love to ride anything with handlebars, mountain bike, moto, doesn’t matter. I am also a photographer…when I can find the time.

LiveRC: What is one thing most people don’t know about Brad Geck?

Brad: Not sure. I’m a pretty simple guy. Born and raised in Huntington Beach, Ca, married to my high school sweetheart, and father of 2 awesome young men. That’s all I’ve ever wanted. Everything else is just icing on the cake! 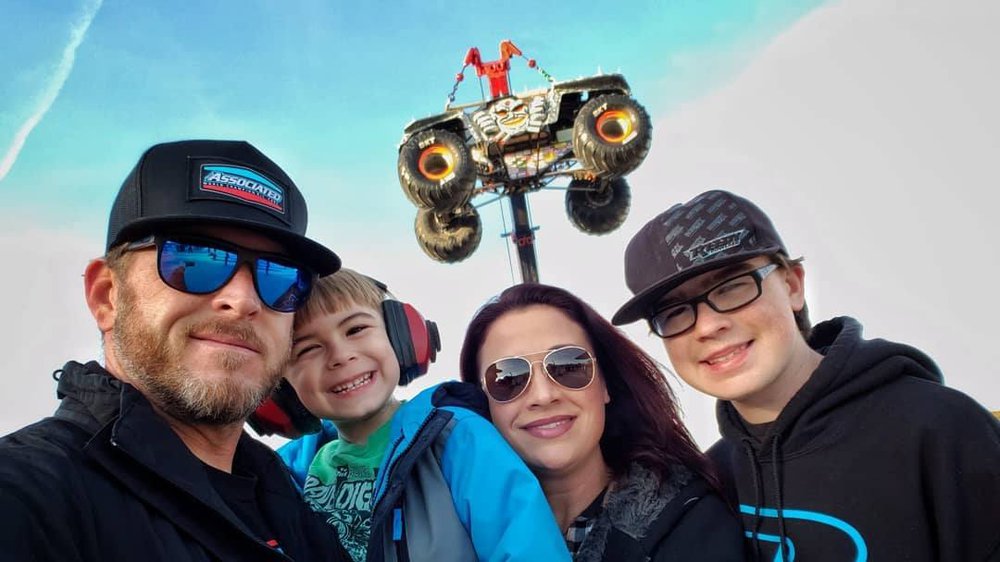 LiveRC: What is your favorite R/C vehicle of all-time?

Brad: I think I would be crazy not to say the RC10 but, I also really enjoyed the SC8e, what a beast of a truck.

LiveRC: What is one thing you wish you could change about the R/C industry?

Brad: Tough question. For the racing side, get rid of IFMAR qualifying and get back to heads-up racing! But overall, I just want to see a bit more acceptance of what is different. Whether that be what you look like, what you drive, or who you hang out with. If we want this hobby to survive and grow, it’s going to take all of us.

LiveRC: It has been great chatting with you today Brad! We’ve learned a lot about the new Element RC brand, the Enduro truck, and so much more. Is there anything you would like to add before we let you get back to work?

Brad: One last thing; help everyone you can. My first day at the track I made some big mistakes, even destroyed a guy’s car cause I turned my transmitter on in the pits. That guy could have reamed me a new one, instead he took me under his wing and helped me learn. That was HUGE for me. I see new customers getting panned all the time “for stupid questions”. We need to be considerably more patient with newcomers, never forget what it was like to be new!