TALK IT UP TUESDAY: Bobby Moore 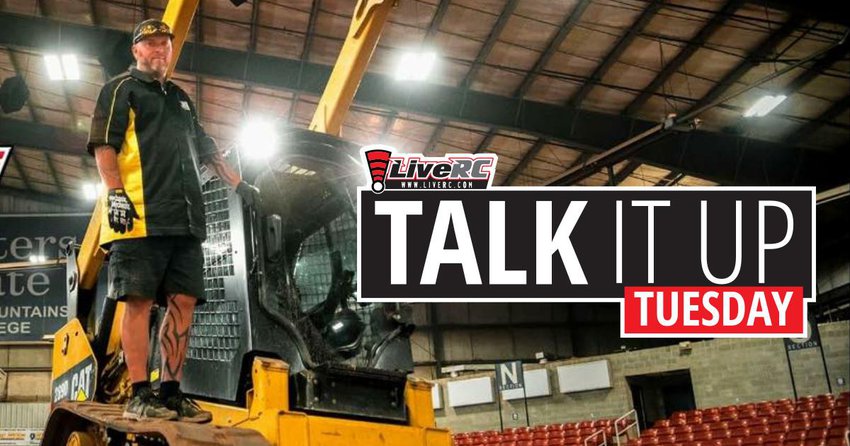 For this week's Talk It Up Tuesday interview we sit down with track builder Bobby Moore of RC TrackMasters to discuss his racing career, the life of a track builder, his greatest work, and more! 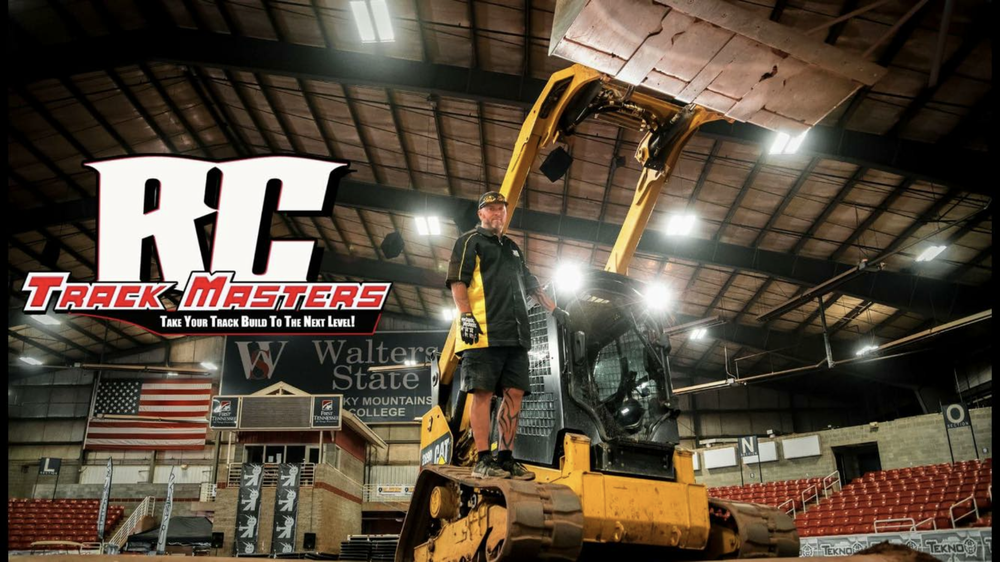 LiveRC: Welcome Bobby to this week’s Talk It Up Tuesday! Let’s start by talking about how you first got involved in R/C car racing in the first. When, where, and how did it all begin for you?

Bobby: I worked in a hobby store when I was 15 in Coral Springs, Florida called Universal Hobbies. So at the time the best car was the The Hornet and Super Champ. The RC10 Gold tub chassis had just come out, but was not proven yet.. [laughing] So we raced every Sunday while I continued to race motocross. But after a broken ankle in 1993 I sold my CR500 and started racing RC. It was much safer and I did not have to worry about being in a cast for 6 weeks when I came up short om a triple. [laughing] 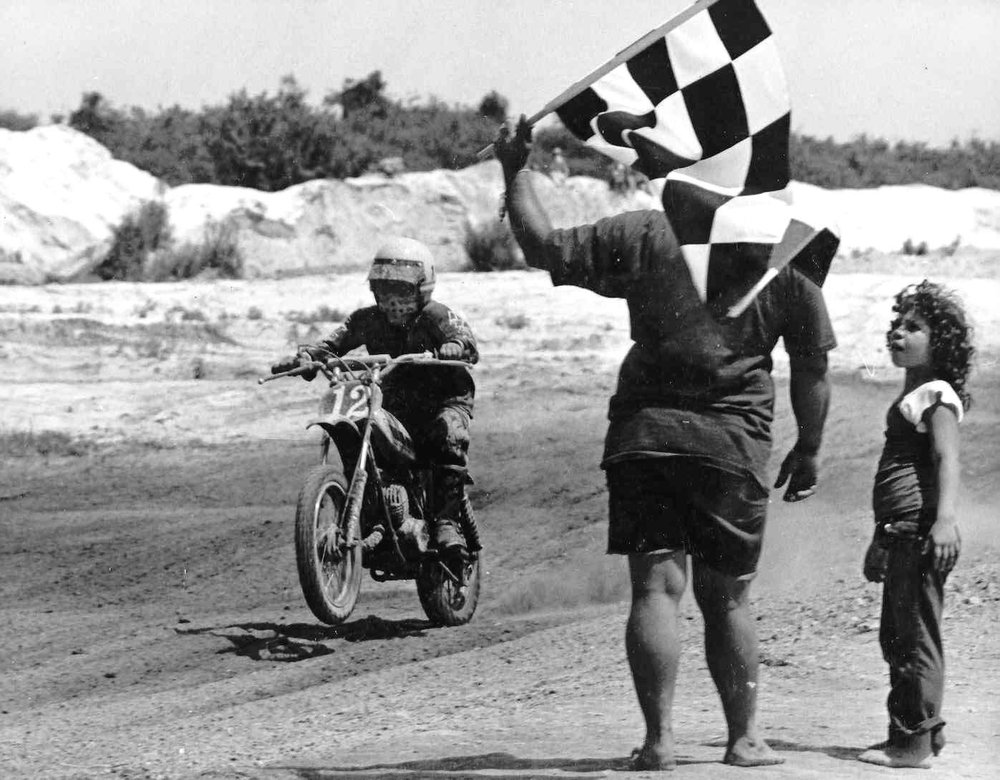 LiveRC: What are some of your biggest accomplishments as an R/C racer? 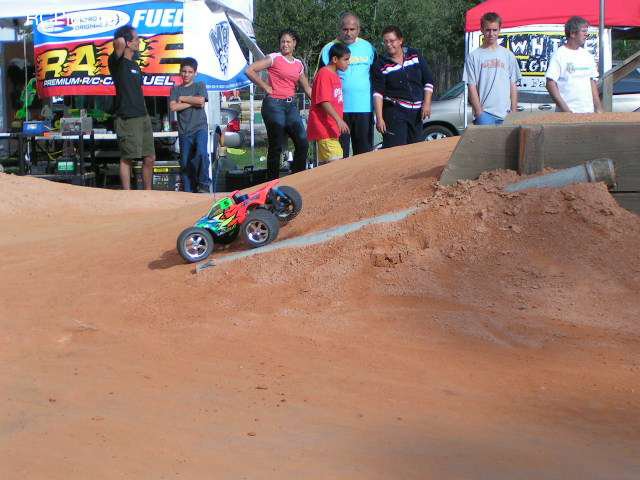 LiveRC: You have since become more well-known for your track building company “RC TrackMasters” and your dirt work, rather than your racing. What was the first ever R/C track you built?

Bobby: When I lived in South Florida I was asked to build the ROAR Nationals track in Miami, Florida which was in 2003 I believe. Before that it was rebuilding Mills Pond in Fort Lauderdale being I owned a Bobcat Service at the time so Luis Perez and Ralph Perillo would change the layout every 2 to 3 weeks.

LiveRC: When and what made you decide that you wanted to make building R/C tracks more than just a hobby, and turn it into a job?

Bobby: To be honest I ran bobcats and dozers for 15 years and got really good at it. So being a racer and a good operator was a good combination. My father ran equipment since the age of 18 and he built Motocross tracks in the 60's all the way up to the 90's. He owned Hyatt Cycle Park in Pompano Beach, Florida and that was the family business for 10 plus years. In the late 90's I started building motocross tracks for Pete Scalzo in Fort Lauderdale and the Palm Beaches. So I guess track building is in my blood. 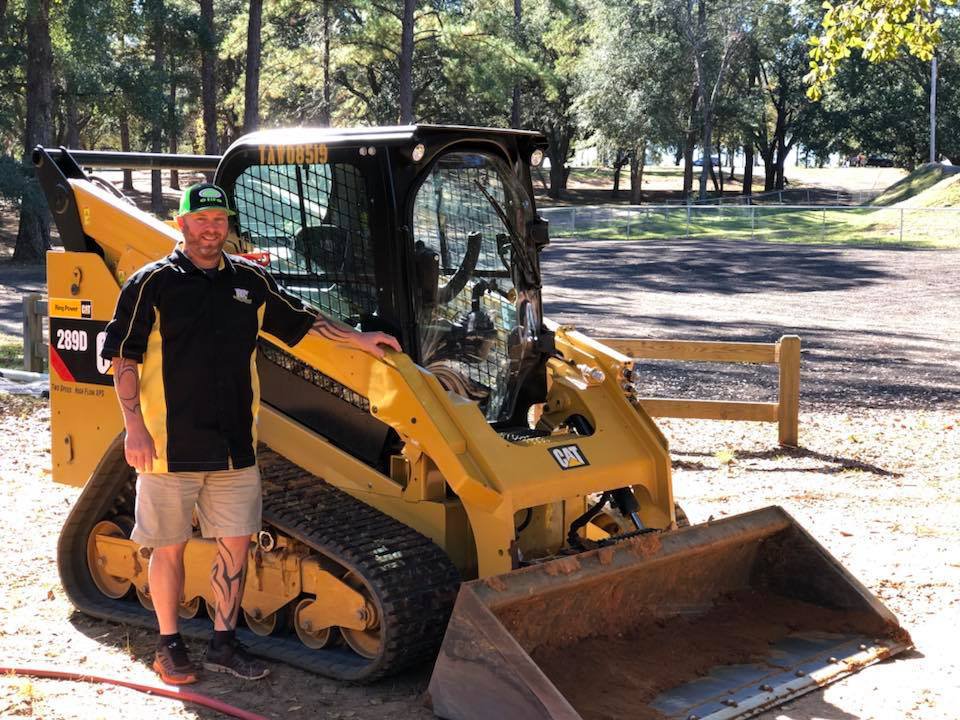 Bobby: My full time job is Final Notice Recovery. It's a repo company that my wife and I own. I have been in the recovery business for about 18 years. I worked for Jeff Keeton for about 5 years before opening my own once I moved to North Carolina in 2006. Last year I built over 25 tracks so its come to the point where I have to consider making it a full time job.

LiveRC: RC TrackMasters has built some of the most memorable tracks at some of America’s largest events. What are some of the tracks you are most proud of?

Bobby: Well I build all the tracks for Dave Leikam with Racetime Entertainment, and in 2017 I built the PNB that had a record breaking 922 entries. So to build the track that set the record for most entries for a single event and had everyone happy was a great accomplishment. Then getting to build the track for 2018 Central America Off Road Championships in Trinidad was another great one. I'm super pumped to build any track, I mean how many people in this world get paid to travel the country and build race tracks for RC Cars? Im happy to be that guy.

LiveRC: Obviously you are the main man behind RC TrackMasters, but do you also have a consistent crew that works and travels with you?

Bobby: Russle Crowe, Jody Smith and Ryan Caulder help me at all of the Racetime Entertainment builds and they are a big part of RC Trackmasters. Turning those arenas into full blown race facilities in 2 days takes countless hours and super late nights, but they are right there with me until the end. 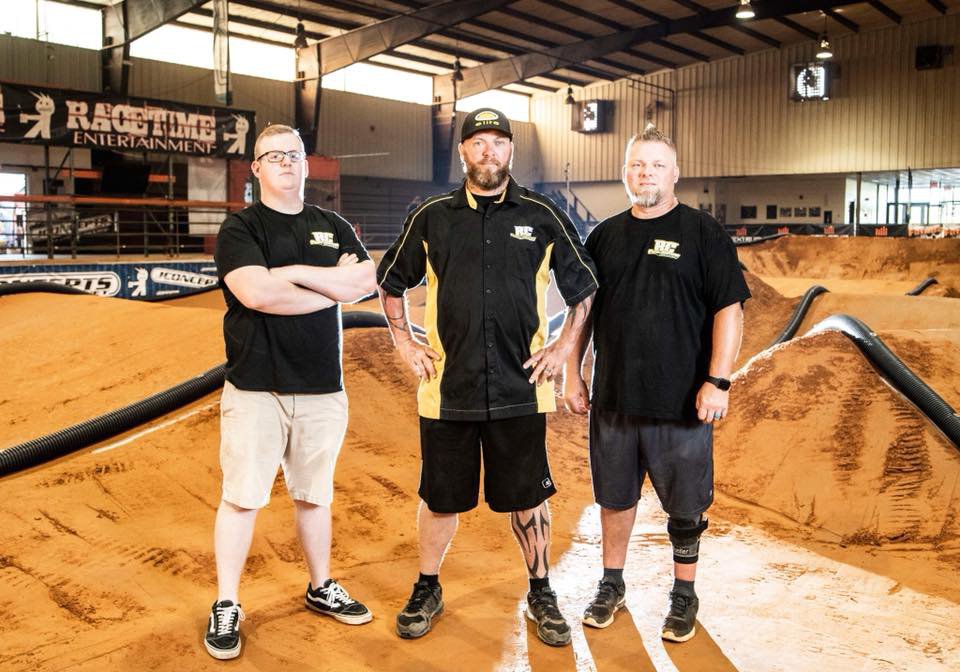 LiveRC: Without a doubt you have some serious dirt working skills. Despite the name being “RC”, is RC TrackMasters dedicated only to building R/C car tracks, or do you build other types of tracks and/or do other forms of excavation and dirt work as well?

Bobby: As of now its RC Tracks. I maintain our 4800 acre hunting land in Wilksboro, North Carolina, and I have spoken to some people associated with Scott Speed about building some Rally Car tracks so we will see where that goes. 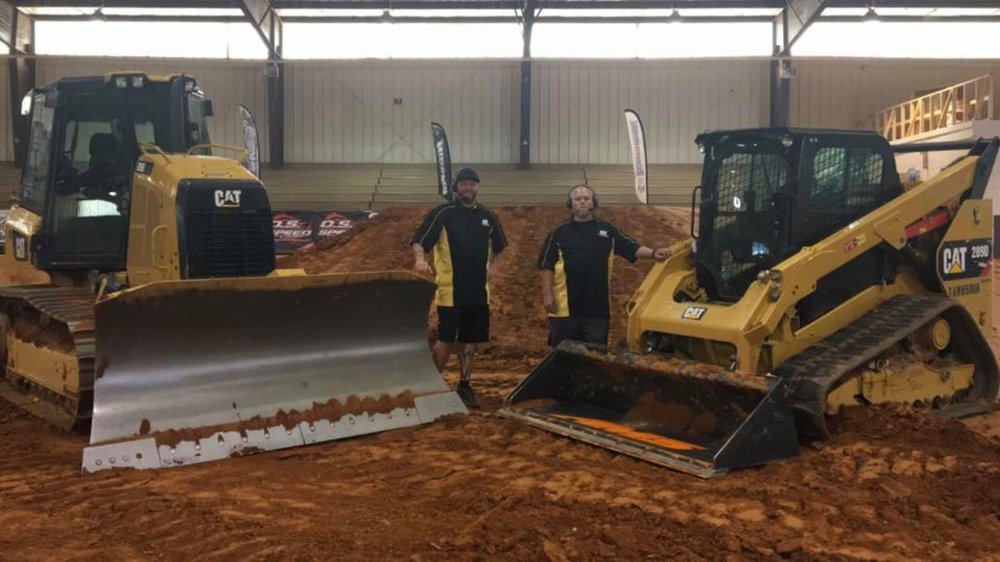 LiveRC: Being a track builder and designer is not easy and is often criticized heavily by the racers. How do you handle the criticism, both good and bad, from racers?

Bobby: I use to take it very personal but I've learned that if you have 600 entries its impossible to make everyone happy. Most people enjoy the tracks I build so im good with that. I am constantly looking for new ideas and ways to improve my tracks. I listen to people with new ideas and I always try to think outside of the box. I'm the first one that will try something new. Sometimes it works and sometimes it doesn't, but you will never know if you don't try.

LiveRC: How many hours of work does it usually take to build a track from start to finish?

Bobby: I can build a track such as the AMS,SIC, and the Wicked Weekend in about 20 Hours of machine time. The PNB which is a monster will take 2 machines about the amount of time. For that build I bring in Travis Melton. Travis is a awesome operator, Im very picky when it comes to who I allow to help build. [laughing] 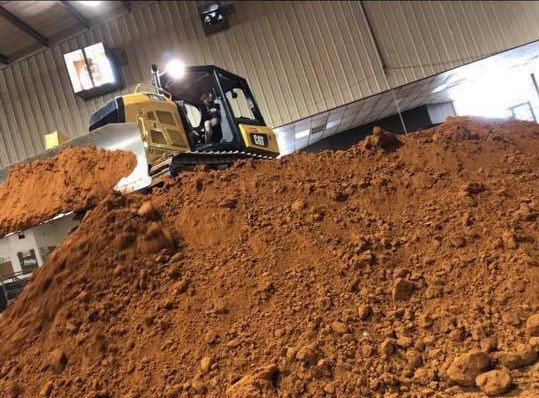 LiveRC: What is the best and worst thing about your job building tracks?

Bobby: The best thing is when everybody that walks by me tells me how awesome the track is. The worst is when I look at the track after its built and I see a mistake or I see I could have done it differently. I'm pretty hard on myself.

LiveRC: I considered track builders to be artists, and every artist has their own style that sets their work apart from the others. What would you is your style, or something that is different about your tracks from others?

Bobby: Well Joey and Levi are both great track builders and you can look at any one of our tracks and you can tell who built it. I like to build tracks that have a supercross feel. I like to build rhythm sections such as double triples and I build a lot of doubles that you have to time in order to make the next section work. Sometimes I get carried away though. [laughs]

LiveRC: Where do you get your ideas and inspiration for different track designs?

Bobby: I try to be original and do my own thing, but there are times I see something in a track and I say that's cool and I will add my own spin to it and make it work for me. Joey [Christensen] is someone who I've looked up to for years. I used to study his tracks a lot. Over the years I have tried to keep each track to have there own identity. Such as the PNB, SIC, AMS and the Wicked Weekend. I try to build to have their own feel. That way you know what to expect at each venue.

LiveRC: What events and track builds do you have left on your schedule for 2018?

Bobby: We finished the last Racetime event 2 weeks ago with the Wicked Weekend. I then went down to Deans Discount Hobbies in New Port Richie, Florida and did a new build there and then finished in Fort Lauderdale at Mills Pond building the track for the ROAR Fuel Regionals which is in 2 weeks. I have to have shoulder surgery this Friday to repair a pretty bad tear in my rotator cuff. So I will be out for a couple of weeks, but I got a call from a track in New Jersey that wants a new track built the first week in October so that will probably be my next build. 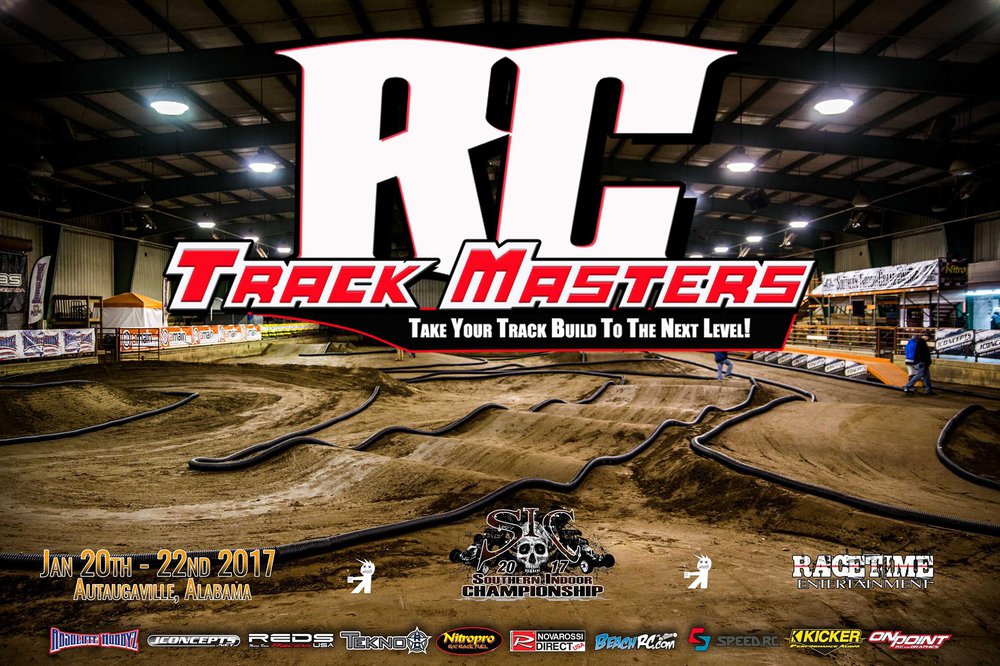 LiveRC: After reading this, I am sure there are viewers who would love to have you come build their local tracks and/or even their own backyard track. What is the best way for viewers to contact you regarding track builds? 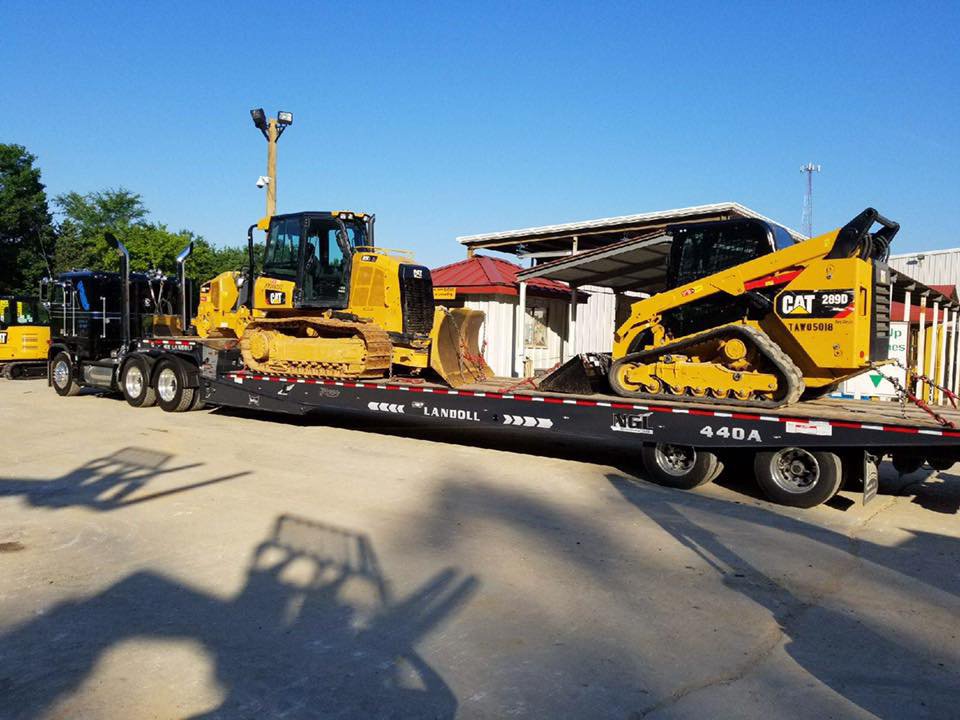 LiveRC: Thank you for joining us today Bobby, keep on diggin’…literally. Is there anything you would like to add before we go? 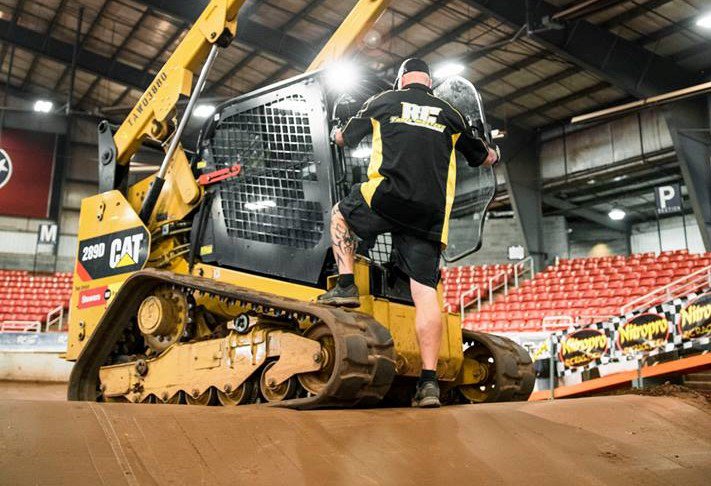