TALK IT UP TUESDAY: Jimmy Babcock 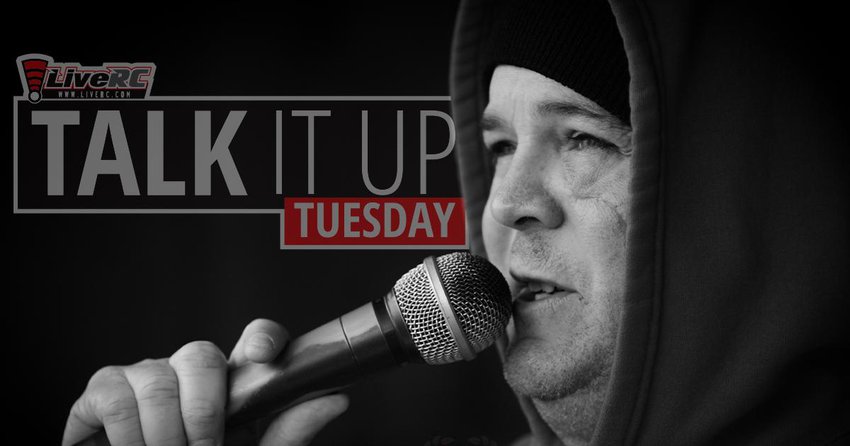 For this week's Talk It Up Tuesday we sit down with accomplished racer, promoter, announcer, and hobby shop / track owner Jimmy Babcock of the JBRL! 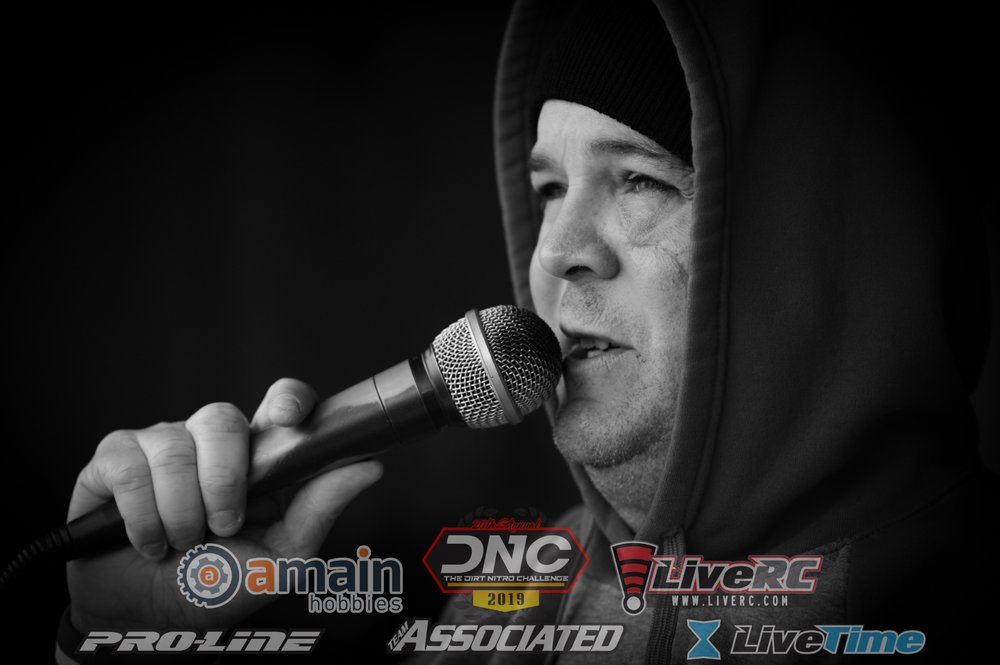 LiveRC: Welcome Jimmy this week’s edition of Talk It Up Tuesday! Let’s start at the very beginning. Who, what, when, where, how, and why did you get involved in R/C car racing to begin with?

Jimmy: Thank you very much Mike and LiveRC.com for this opportunity! I started racing R/C a little later than most when I was 17 years old. It was 1991 and I was in auto shop as a junior in high school when my friend Keith Tarello introduced me to R/C. We were changing the oil on his car when I noticed his R/C car sitting in the back seat. I asked him what it was and he explained it all to me and even took me to the track that very same day. The rest as they say is history! I was hooked and started going to the track daily until I eventually got my first car which was a gold tub RC10. I club raced for a few years and eventually got sponsored by Team Losi in 1994. I was on my way!

LiveRC: Many people recognize you as a successful race promoter and announcer, but some don’t realize that you also have had a very successful past as a racer as well. What are some of your biggest accomplishments as a racer?

Jimmy: In my racing career I raced predominately off-road and dirt oval since those were the tracks available to me at Fast Lane Hobbies & Raceway (now Hot Rod Hobbies). Over the years I picked up 15 U.S. National Titles between off-road and dirt oval, and eventually made the A-Main at the Off-Road Electric World Championships in Florida in 2003 in both 2wd and 4wd. Along the way there were many local, state and regional championships as well! 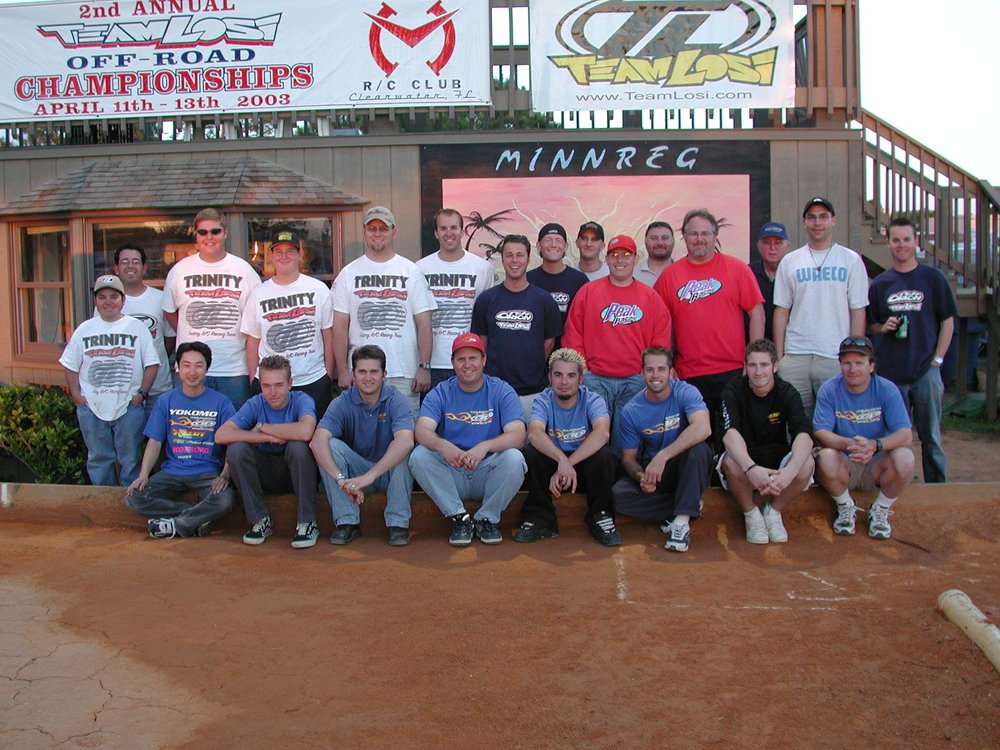 LiveRC: What was the first race you ever announced and/or promoted?

Jimmy: I started off announcing club races like most folks here at Hot Rod Hobbies, but the first big event I ever announced was my own Hot Rod Hobbies Off-Road Shootout back in 1998 (now Pro-Line Summer Off-Road Shootout). After a few years of announcing that event with all the big names in attendance I started getting more recognition and then calls started coming in from all over the country asking for my services. I announced all the major ROAR Nationals for many years, as well as all the other big events on the west coast and east coast. It has really snowballed over the years but I wouldn’t have it any other way! 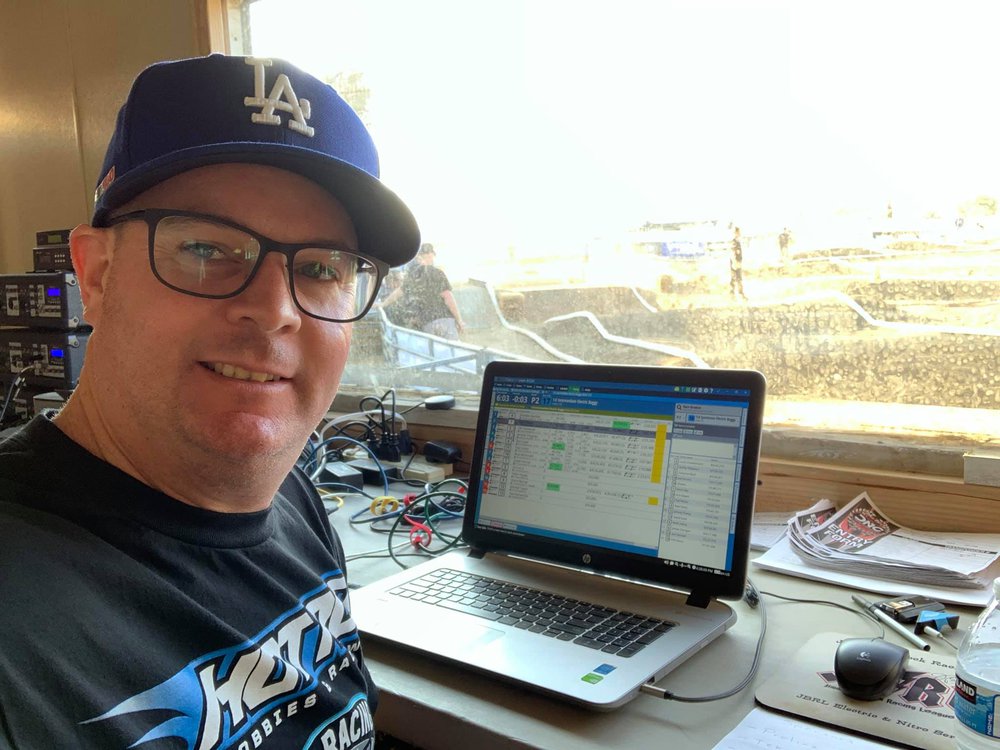 LiveRC: Of all the races you have been a part of, what is the most memorable race so far and why?

Jimmy: For sure it has to be the 2016 IFMAR World Championships at R/C Tracks of Las Vegas! This was my second time announcing a World Championship, but definitely the biggest event I’ve ever announced. It was so much fun with the twins in Vegas for 10 days with the world’s best racers. The atmosphere was amazing and the competition was pretty fierce! It was pretty amazing being the one to call that final and introduce that year’s world champion as David Ronnefalk crossed the line!

LiveRC: When did you first start the Jimmy Babcock Racing League?

Jimmy: The JBRL started back in 2004. As a racer I used to enjoy going to the Southern California NORRCA series events. It was the best time traveling to a race with my friends, staying in hotels and racing with new people at new venues. After that series stopped, there were several years of no series race action in Southern California until I decided to start the JBRL in 2004. People seem to still enjoy series events so I will keep doing them! 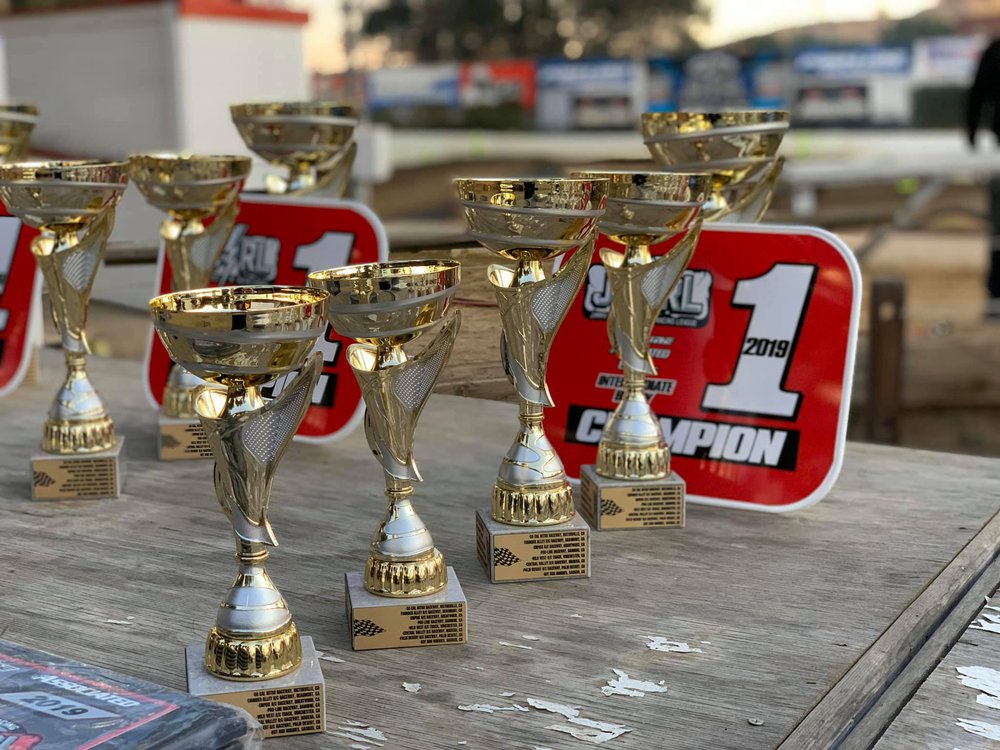 LiveRC: Did you ever imagine that the JBRL would become one of the most followed racing series in America?

Jimmy: Early on I did not for sure, but over time it became clear that people enjoyed coming to a well-organized event with great announcing, competition, point’s structure, prizes and awards. I personally think people are intrigued by series events and keeping track of their own points from round to round. I feel it gives people something to look forward to once a month and there is some definite strategy involved with accumulating the most points.

LiveRC: Let’s talk about Hot Rod Hobbies. When did you take ownership of Hot Rod Hobbies, and what made you decide to take on the responsibility of owning your own track and hobby shop?

Jimmy: I started racing at Hot Rod Hobbies in 1991. In 1997 I started working at the track and eventually graduated to working in the shop as the store manager. In 2004 the previous owner approached me to inform me that he was looking for a buyer and that he was ready to move on. After many months of searching he was unable to find a buyer and then informed me that he was going to simply shut down. I could not have that so I pulled my resources together and took the plunge! I took over ownership on January 1, 2005 and have now owner the business for 15 years and counting. 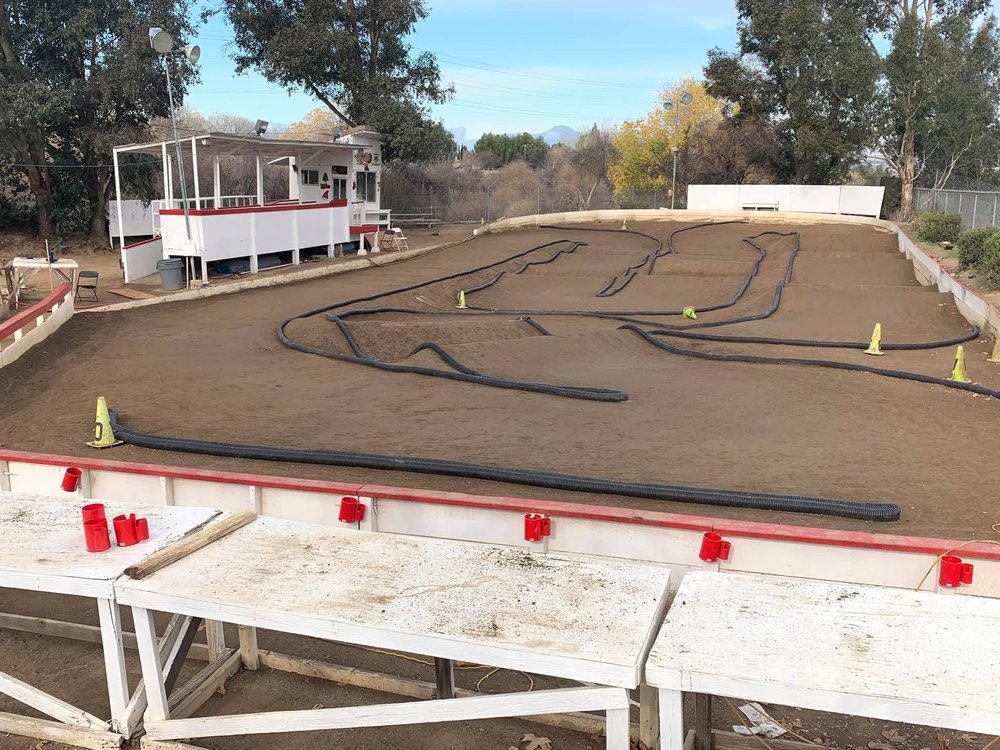 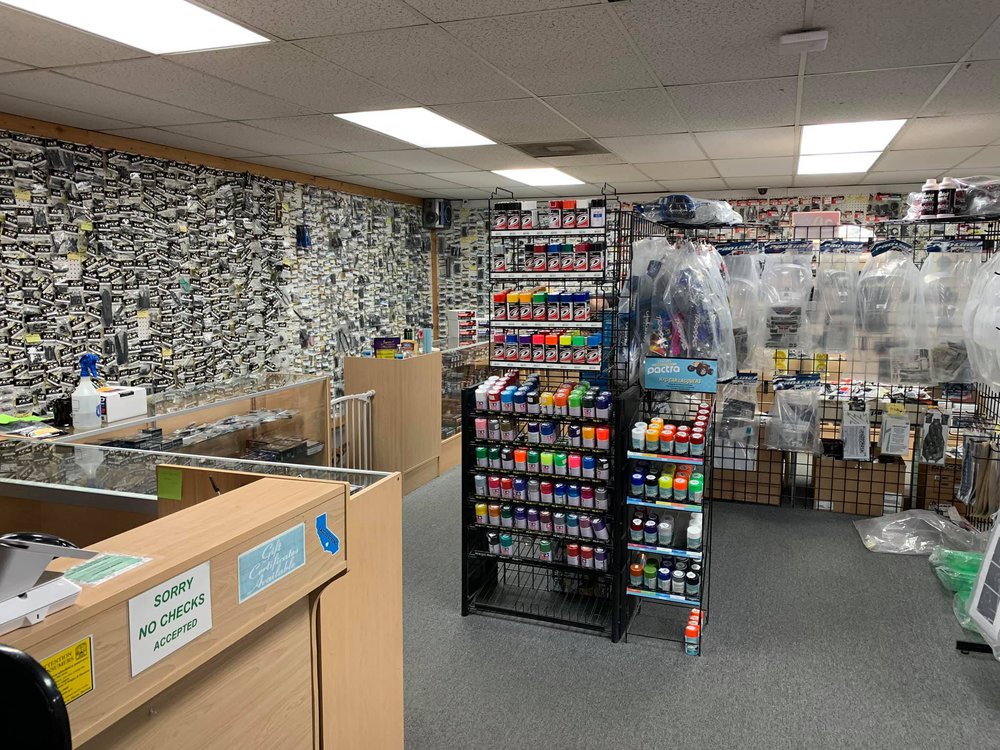 LiveRC: Hot Rod Hobbies was host to the famous Hot Rod Off-Road Shootout for many years and was one of the last national level outdoor 1/10-scale off-road races in the country. What made you decide to move the Shootout indoors and away from your facility?

Jimmy: Well that was a very tough decision since the Shootout started here in 1998 and spent its first 21 years at Hot Rod Hobbies. Over the years it became very clear based on the numbers that most folks who race 1/10 electric off-road preferred indoor. Not everyone of course, as we still have our diehard outdoor racers, but on a whole most preferred playing indoors. I continued to watch the numbers dwindle years after year for the Shootout until 2018 when the event had less than 100 entries. That was the final year the event took place at Hot Rod Hobbies. We since moved it indoors to Rainman’s Hobby & Raceway in Bakersfield, CA and at our first race indoors the numbers doubled to almost 200 entries. Maybe one day we will bring it back to HRH and outdoors but until the numbers dictate that we will be indoors. 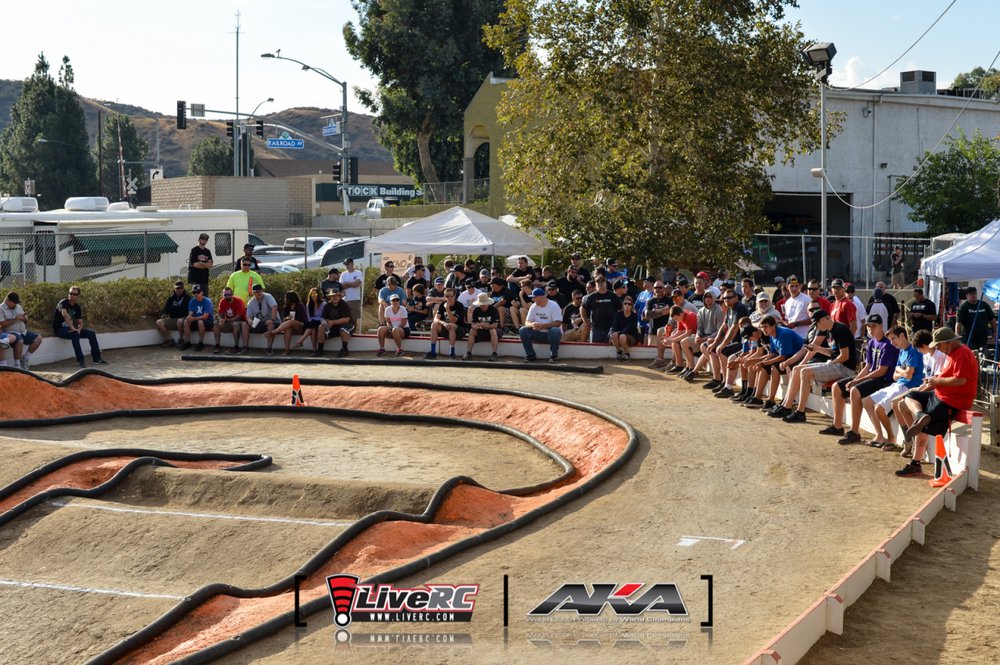 LiveRC: Hot Rod Hobbies keeps outdoor racing alive week to week with club racing, various other events, and of course the JBRL finale. It takes a crew of people to make a track and hobby shop successful. Who all is part of your crew?

Jimmy: It definitely takes a crew to manage the shop and the series. The main man behind it all is our Hot Rod Hobbies store manager Tim Cunningham who has been with me for over 20 years now. He is the one who holds it down at the shop while I’m off putting on a race and announcing, so a very special thanks to Tim! Of course we also have the tech twins, Shawn and Robert Miller who are a huge part of the JBRL and pretty much anything that happens at Hot Rod Hobbies! Without these three guys I definitely would be nowhere near where I am today so thanks again to the boys! 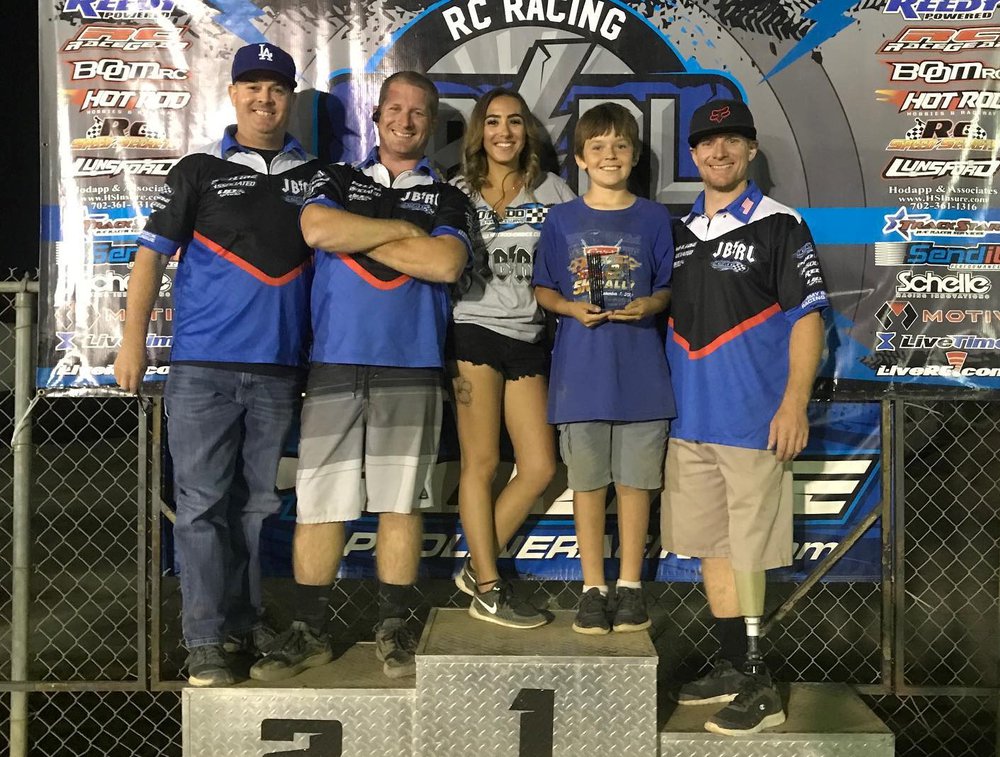 LiveRC: If you weren’t working in the R/C car industry, what would you most likely be doing?

Jimmy: This is a tough questions since I’ve been in R/C my entire adult life! I can tell you what I would like to be doing. If it were up to me I would be involved with either the Lakers or Dodgers franchise in some way. It’s never too late to be a ball or bat boy right? LOL. I’m also pretty good at managing stuff and coordinating events so maybe something in that field.

LiveRC: Who do you think the best R/C car racer in the world is right now, and why?

Jimmy: Well this one is very tough, especially since I’m friends with all of them! I’m not going to give you just one but in my opinion the best R/C racers in the U.S.A. right now are Ryan Maifield, Ty Tessmann & Jared Tebo. Internationally I would say David Ronnefalk, Elliott Boots & Davide Ongaro.

LiveRC: What is one thing most people don’t know about Jimmy Babcock?

Jimmy: That I’m a quiet, reserved type of guy. Most only see me at the events where I never shut up but in the real world I’m pretty quiet and shy, especially around new people. Once I get to know someone then I’m very outgoing. I am a single guy so I spend a lot of time hanging out with my dog Kobe. 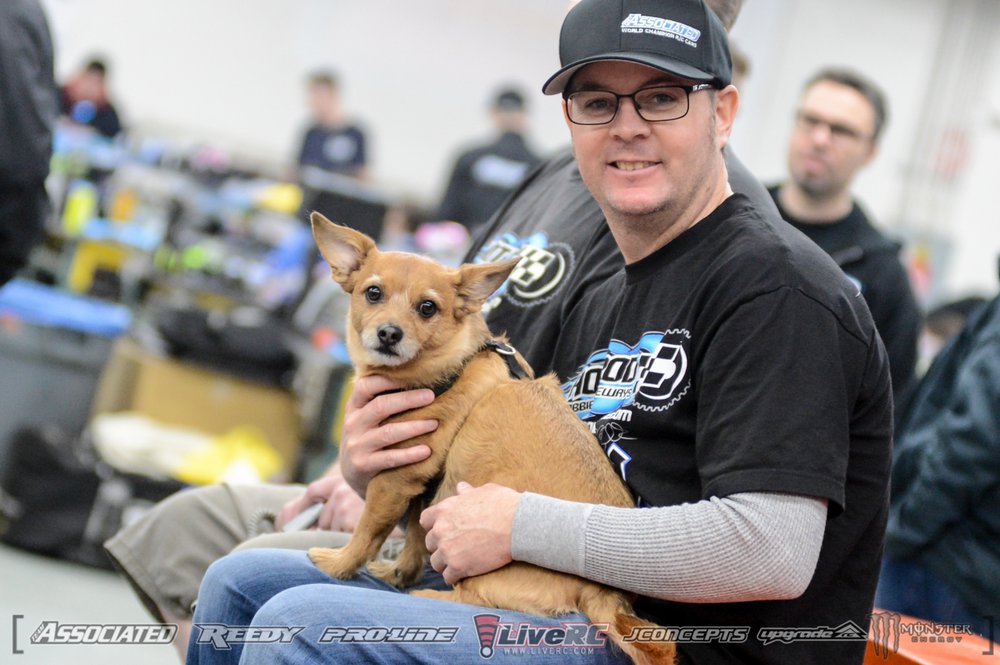 LiveRC: Favorite R/C track besides your own?

Jimmy: So as a racer back in the day I always said that my favorite track was Intermountain R/C Raceway in Utah. They had, and still have, the best dirt I’ve ever raced on. Very consistent dirt that had plenty of traction and did not wear tires that bad. As an announcer, I prefer any track that has an enclosed announcer’s booth. It’s always better for me to have a quiet room to work out of the elements with all my equipment.

LiveRC: What are your hobbies and interests outside of R/C?

Jimmy: I love sports! Especially Lakers Basketball and Dodgers Baseball! I’m a Los Angeles guy and love my L.A. teams. I go to a ton of games and love following my teams. Other than sports I don’t do much except hang out with family, friends and my dog Kobe. 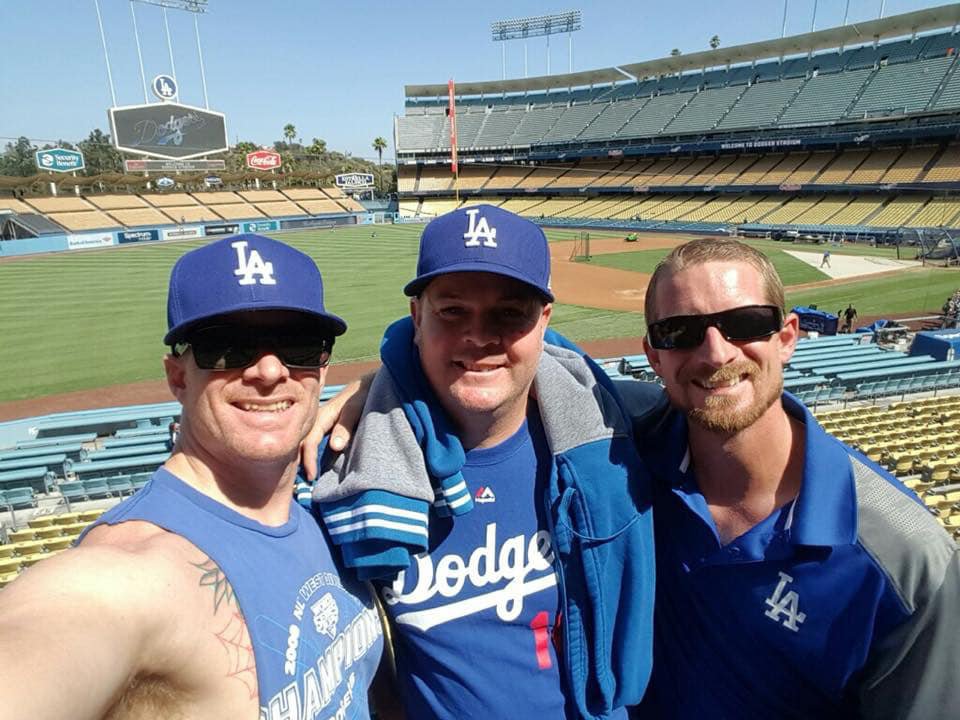 LiveRC: Thank you so much for joining us today Jimmy! We know these are certainly hard times for many people, R/C track owners especially. We wish you all the very best and are anxious to see racing resume, business booming again, and you back behind the microphone. Is there anything you would like to add before we go?

Jimmy: I just want to thank you for the opportunity to share my story with everyone! I pray that everyone is safe during these unprecedented times and that we can all get back to racing and doing what we love very soon! Thank you to all of my Hot Rod Hobbies and JBRL customers for your continued support over the years, you all are greatly appreciated!