TALK IT UP TUESDAY: Nick Wautlet 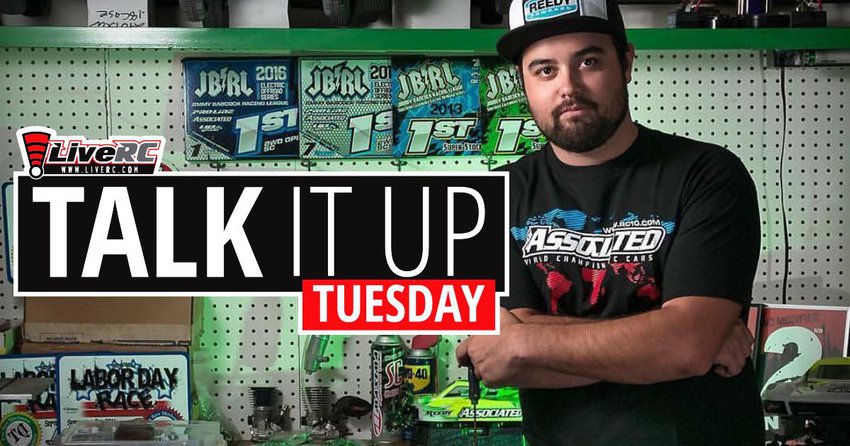 For this week's Talk-It-Up Tuesday we sit down and chat with the owner of "Wallie Builds", R/C whip master, Instagram celebrity, and member of the Team Associated R&D team  - Nick Wautlet! 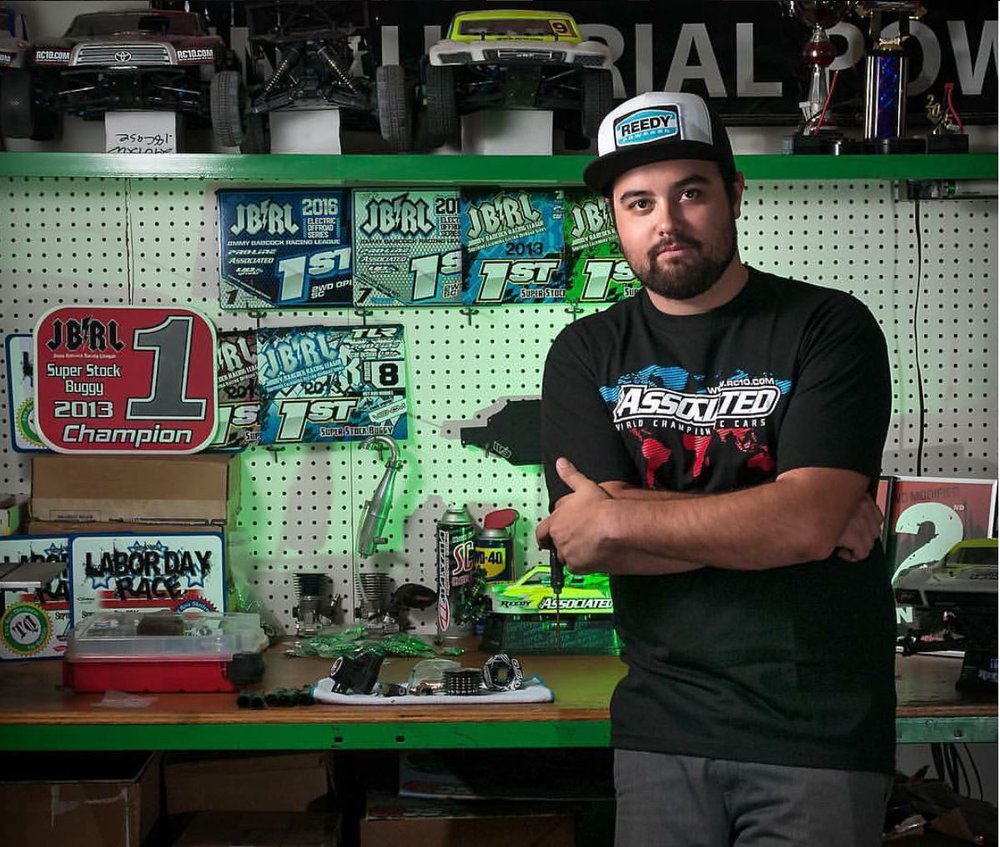 LiveRC: Welcome Nick to this week’s “Talk It Up Tuesday”. Let’s start by talking about your early beginnings in R/C racing. When, where, and how did it all begin?

Nick: Hi Guys! Let’s see, I started back in the hobby back when I was about 5 years old. My grandfather was heavily into racing 1/6th scale boats and I got into racing them as soon as I could hold a radio in my hand haha. For Christmas one year, he bought my brother and I Traxxas Stampedes (back when they were kits LOL). From then I was hooked on the car side of things. My friends at school told me about an RC track in Huntington Beach called So Cal Raceway and the rest is history.

LiveRC: What are some of your biggest accomplishments as a racer?

Nick: To be honest, I haven’t had too many big race wins. I’d say My JBRL series Championship in 2013, 4th overall in Open 4wd buggy at the Reedy Race in 2014 and the most recent one, overall win at the Stock Nationals in Expert Short Course earlier this year. For boat racing, I won the 2006 Namba 19 World Gas Championships in Las Vegas. 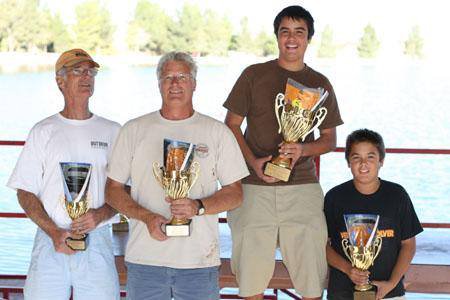 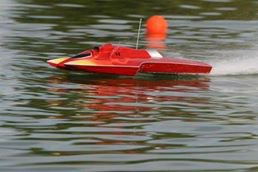 LiveRC: After joining Team Associated as a driver, you then became an employee as well. When and how did you end up working for AE?

LiveRC: What are some of your daily roles at Team Associated?

Nick: I am now in the R&D department for AE and help with most of the RTR projects. The PROSC10 series was the first project I helped on. Generally, throughout the day I am either out testing, getting part numbers together for projects or putting 3D models together in solid works.

LiveRC: Outside of AE, you also own your own company known as Wallie Builds. For those who aren’t familiar with Wallie Builds, tell us a little about the company, how it got started, and the services you offer.

Nick: Wallie Builds was something I started about 2-3 years ago after I posted some photos of my own AE vehicles. I would receive in messages asking if I would build their car or rewire it for them. So, I decided to make another Instagram page, and it just grew from there. Wallie Builds is a building service for RC vehicles. We offer full custom builds, anodizing, rebuilds, and wiring/rewiring services. 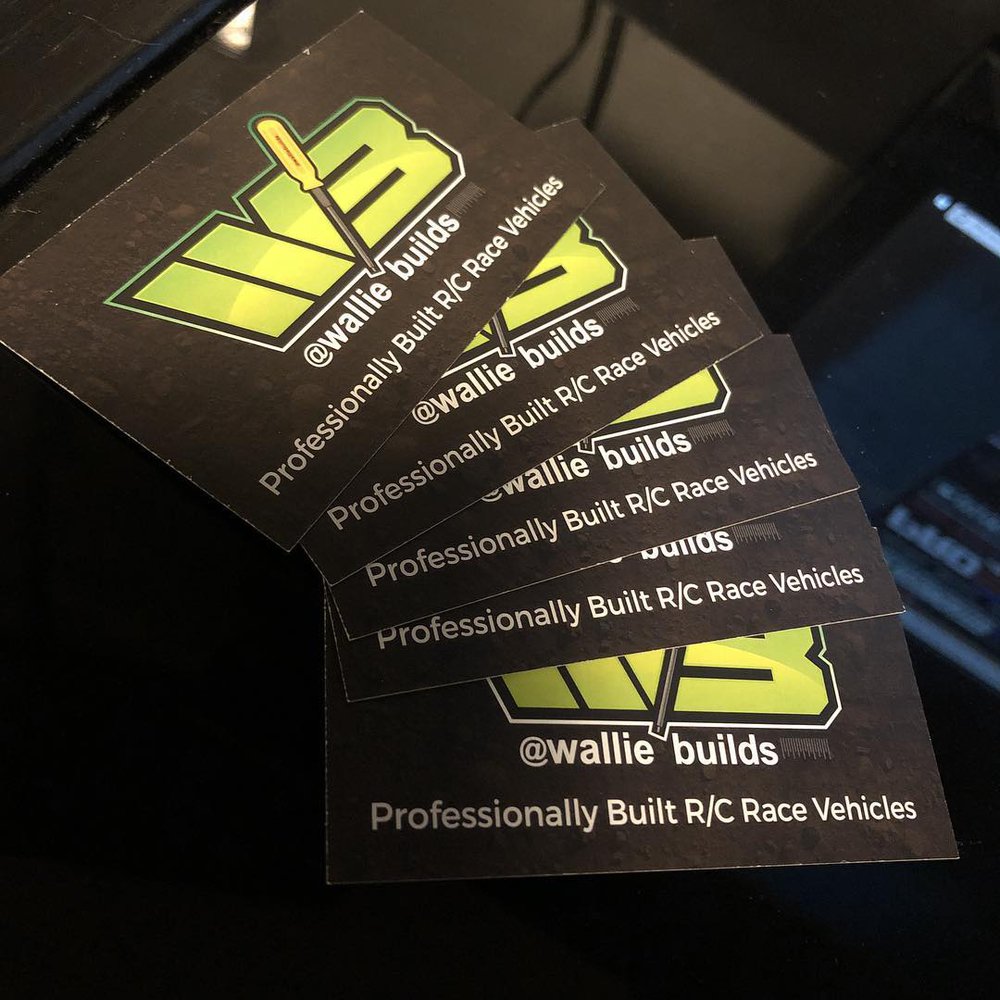 LiveRC: What is the most popular Wallie Builds service?

Nick: Everything has its moments, but the most recent popular service is the rewiring service. I have received cars from all over the world just to get the wiring done. 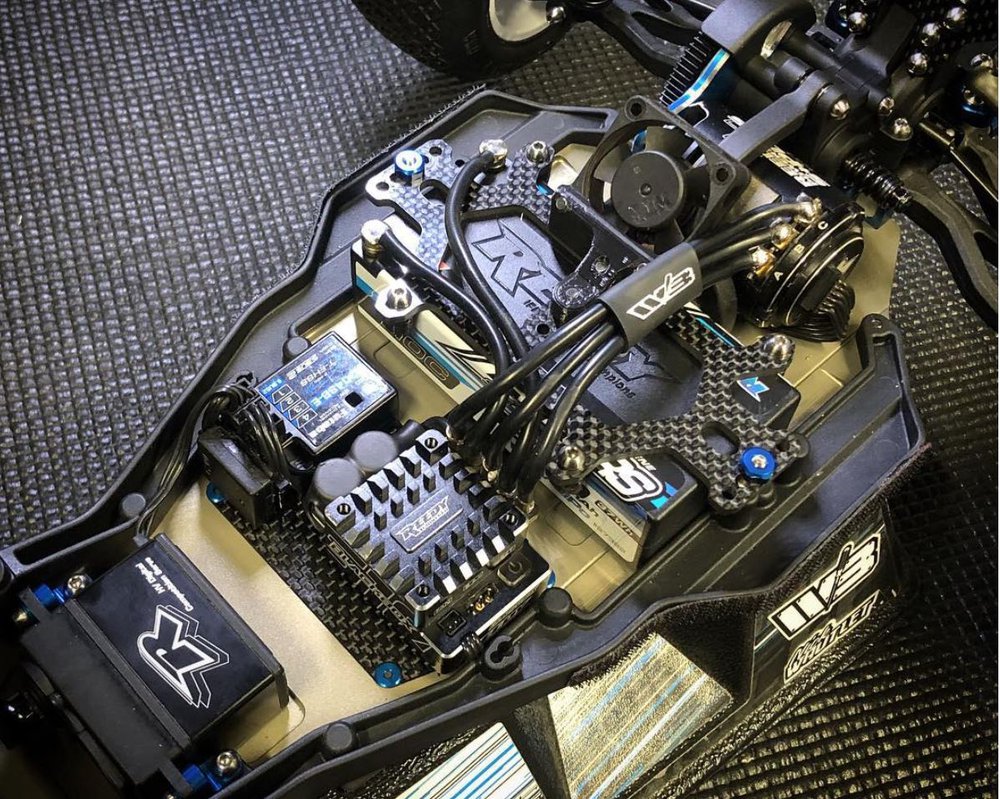 LiveRC: Is Wallie Builds limited to Team Associated vehicles, or do you offer services and builds for all different brands?

Nick: No, we can build just about any car that is available. We are working on some new Works Packages for HB Racing, Kyosho, and Mugen.

LiveRC: Clearly you love working on R/C cars. What do you enjoy most about working on them?

Nick: Honestly, the best part is just being in my office, throwing some music on and just tuning out the social media world and all the troubles I am having that day. Nothing beats getting into a good Pandora station and watching a car form from a bunch of parts. 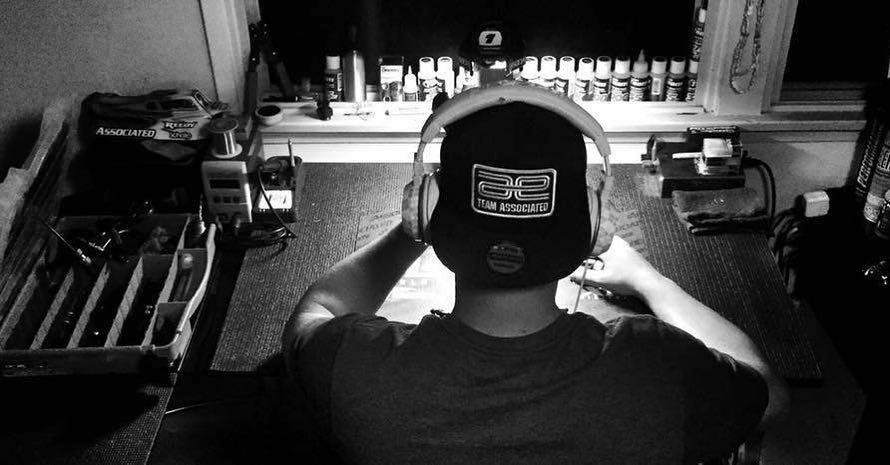 Nick: At first, we did have some products such as charge leads and a sway bar kit for the SC5M, both of which were very popular, but I ran into a couple conflicts of interest with AE so I had to stop production of them and stick to just building the cars. Unfortunate, but you have to keep the day job happy haha.

LiveRC: Of all the builds you have done, is there one specific build you are most proud of?

Nick: I put a lot of effort into every build I do so I am equally proud of all of them. I am a pretty big fan of motocross however, so when I get the chance to build for a rider, I get pumped for that. I have built cars for Ryan Villopoto, Malcolm Stewart, Austin Forkner and Christian Craig. 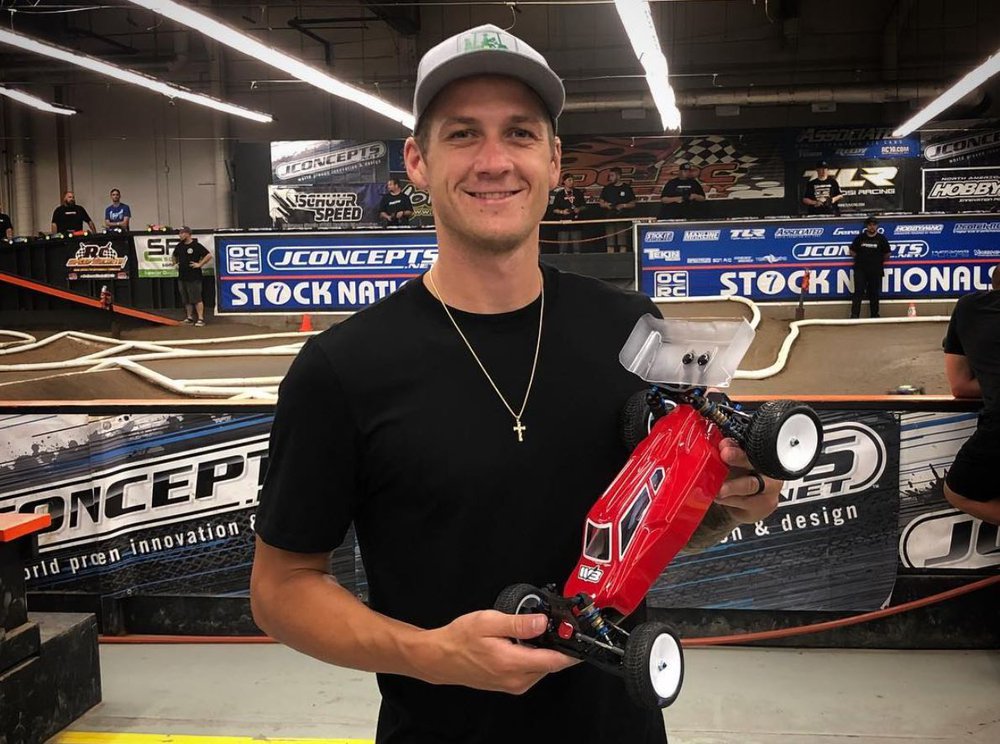 LiveRC: Enough about business, let’s talk social media. Some might say you are Instagram famous with your big whip videos. What is your all-time best R/C car whip (link to the video)?

Nick: Hahaha I would agree with that. I have kind of realized that I have missed the boat on trying to compete with all the Cavalieri’s, Maifield’s and Tebo’s out there so I just like to go have some fun and make people say WOW haha. Maybe some RC version of Axel Hodges style edits coming soon?? My favorite is my latest one in the sand with the Team Associated Reflex DB10!

LiveRC: Who do you feel is your biggest competition when it comes to R/C whips?

Nick: I think someone that can whip as good if not better than me is Jake Mayo. He’s had some awesome ones as well. I don’t think anyone compares to the original though. Back in the So Cal days, it was all about Charles Pearson. That guy was unreal when it came to throwing RC whips. He was one of my role model’s when I was growing up.

LiveRC: Outside of R/C car racing, building R/C cars, and doing big whips with R/C cars – what are some things you enjoy doing in your free time?

Nick: Generally, any spare time I have is eaten up by the good ol’ California traffic hahaha J/K. I like to spend a few hours of week in the gym and ride both my mountain bike and dirt bike. 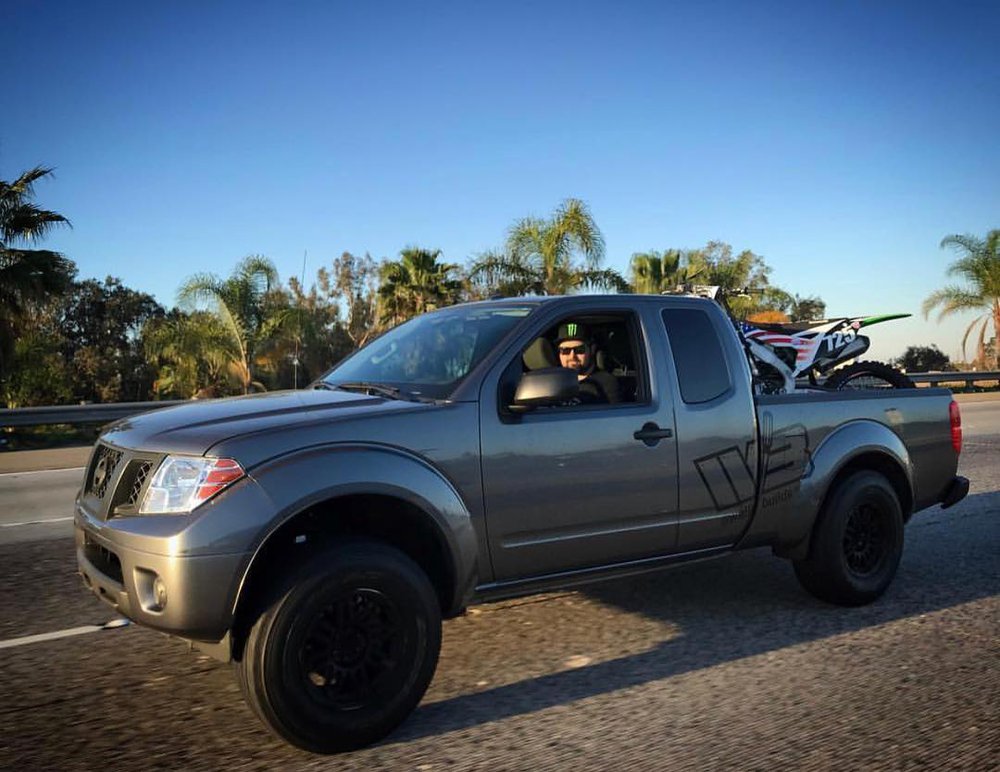 LiveRC: One thing most people don’t know about Nick Wautlet?

Nick: I’m pretty open with my life, but some people may not know that in 2014 the day after my 22nd birthday, Wayne Wyrick, my friend Chris and I took our full size cars out to the canyons around 2am and were driving at a pretty good speed. I was out leading us around and got a little too confident in Mazdaspeed 3 and went over the hillside. I ended up rolling the car about 3-4 times before crashing into a power pole. Luckily, I was able to walk away from the crash with just a small puncture wound in my left arm. Randomly, a guy was out there skate boarding up this hill and just happened to have a donut, water bottle and first aid kit to wrap up my arm. A lot of police and paramedics came out and I thought it was a little excessive. When I asked why there was so many, he shrugged and said, you literally rolled from one county and into the next so we are just trying to decide who does the paperwork haha.

Ended up walking out of there with no charges, for the most part in good health and only lost my car. Definitely took that as my final warning about driving fast where I shouldn’t be. 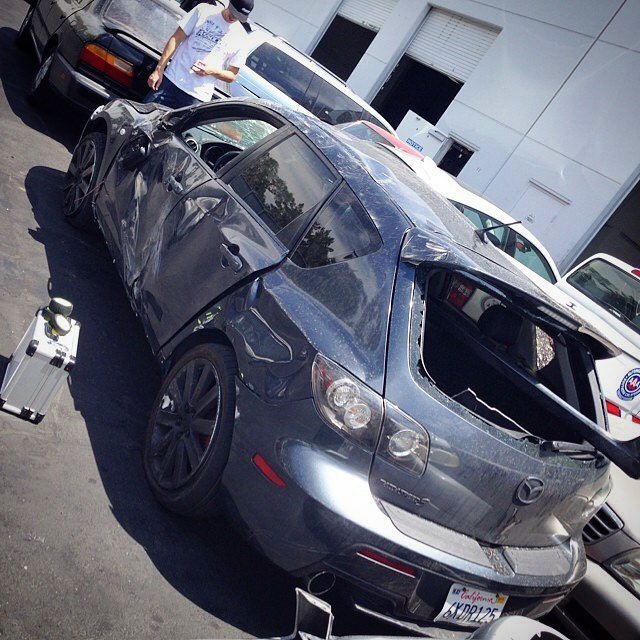 LiveRC: Well Nick, It looks like you have a stack of projects waiting to be built, and we should probably let you get to it! Thank you for joining us today, is there anything you would like to add before we go?

Nick: Thanks for the opportunity guys! I would just like to say thank you to all the people that support me and allow me to do what I do! Team Associated, Reedy Power, Jconcepts, Complex Ink, Sticky Kicks RC, OCRC Raceway, Sharkbait Designworks, Maxima USA, OGIO, Kicker Audio, Makita Tools, Wallie Builds, VP Racing Fuels, MOTOWHIPS, CX Wallets and The Fast Life Co! 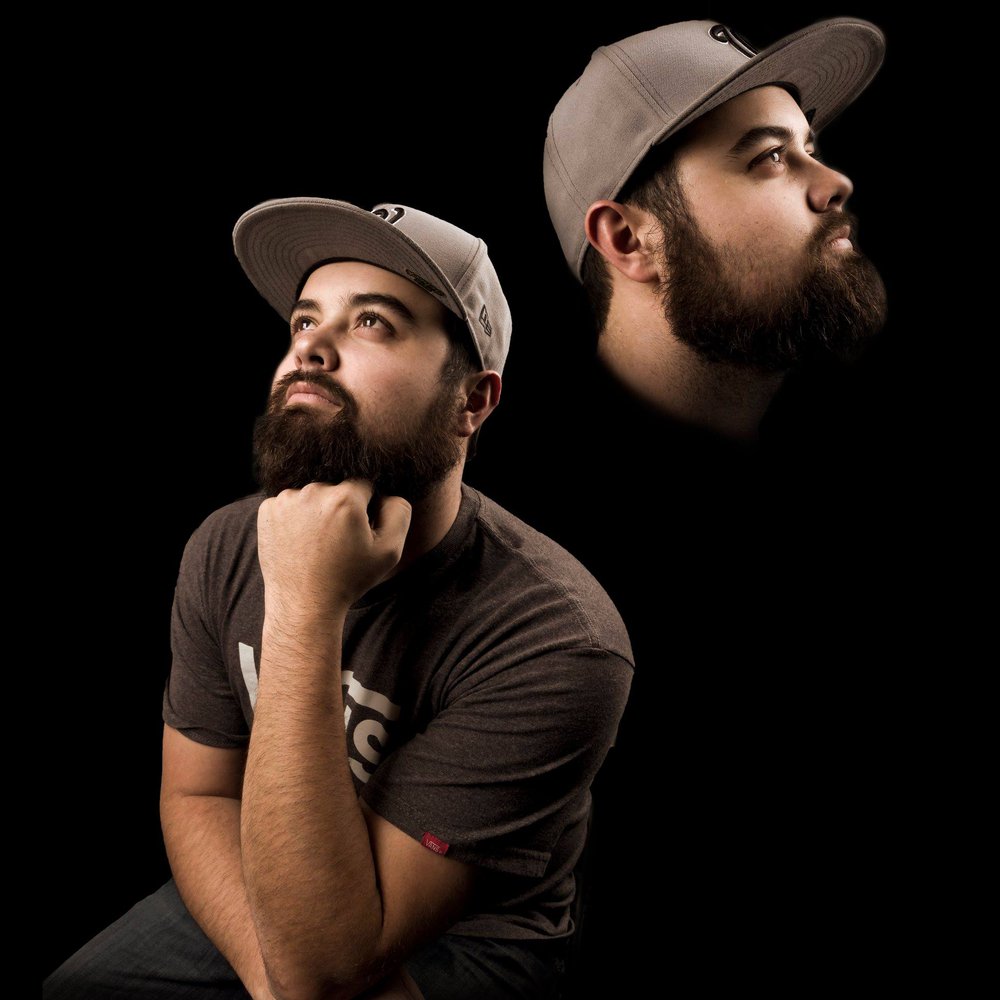