TALK IT UP TUESDAY: Toby Hamson 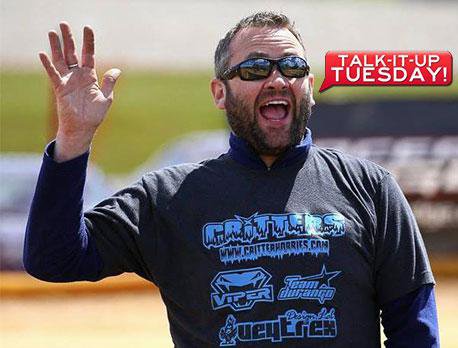 Welcome to LiveRC's weekly column, "Talk-It-Up Tuesday!" Here we spend a little time talking with industry icons including racers, manufacturers, team managers, developers, promoters, and everyone in between! Sit back, relax, and go behind the scenes as we interview them all!
I met Toby Hamson during my first trip to the Big Apple Novarossi Challenge in New York in 2016, where he volunteered to run the LiveRC broadcast camera while I announced the race from the trackside PA system. After connecting with him on Facebook after the race, I learned that it wasn’t his first time looking through a lens, as in addition to a long-time racer he’s also quite the talented photographer. In June of last year, Toby sent me a message about 46RC Raceway in New Jersey; he had a group of racers had formed a club to help keep the clay indoor track at Critters Hobbies open when the other facilities in the area had transitioned to turf or shut down completely. Now that 46RC has enjoyed a half-year of healthy turnouts, I reached out to Hamson to find out more about the track - and his own RC career - for this week’s Talk It Up Tuesday. 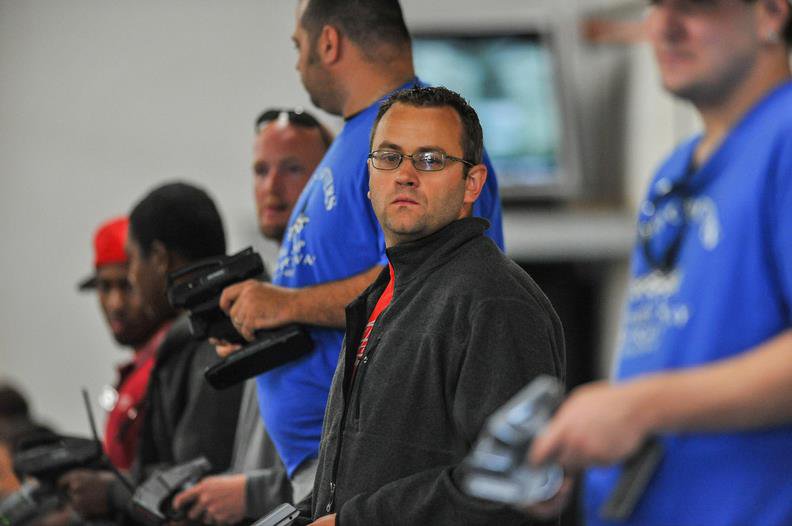 Aaron Waldron: How old are you, and where are you from?
TH: I'm 47. Born and raised near a small town called Hastings in England. Moved to New Jersey in 1997 when I changed jobs and wanted to travel.
AW: How did you get into RC, and how long have you been racing?
TH: When I was about 13 (so in 1983) and living in England, my cousin got a Tamiya Wild Willy. I was blown away by it! I promptly went to a local hobby store and purchased a Tamiya Hornet, as did he. We used to race them around and around in a cul-de-sac all summer long.
I then went on to get a Frog and a Hotshot, and then I kind of grew out of it as I went into my teens.
In 2009 I got back into the hobby by visiting a local indoor track called Dirtrunners in Jefferson, NJ. I watched 2WD Slashes jumping off wooden jumps on carpet, and immediately went home and ordered one. And it went from there! 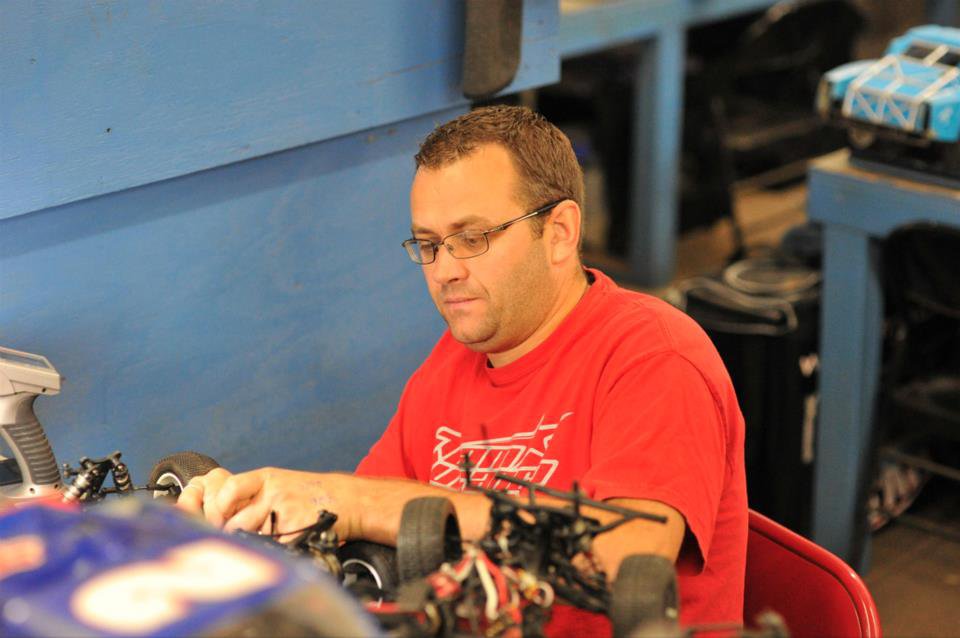 AW: Does your regular day job make it difficult to attend racing events and find time for 46RC?
TH: Being a family guy, I try and find a balance of work, family, my own racing and 46RC.
AW: What’s your favorite track? Favorite big event? What different classes have you raced - and which is your favorite?
TH: My passion is outdoor racing, especially 1/8th-scale nitro buggy and truggy, and I try and race as much as I can in spring through fall. I also love 1/8-scale nitro late model dirt oval racing, and try and get 2-3 races in each summer. The winter is all about 1/10-scale modified 2WD and 4WD buggy.

We have some awesome 1/8-scale scale tracks in the Northeast, including Trains and Lanes and Barnstormers, and I would say my favorite track would be LCRC. Kevin and Christa run an amazing program and being that I grew up in the countryside, I love to visit their facility in Oakland Mills, PA.

LCRC's event, 'The Big One' is probably a favorite as it’s our first big outdoor weekend event of the year. We all escape the winter, and get outside and breathe in the country air — and, of course, nitro fumes. 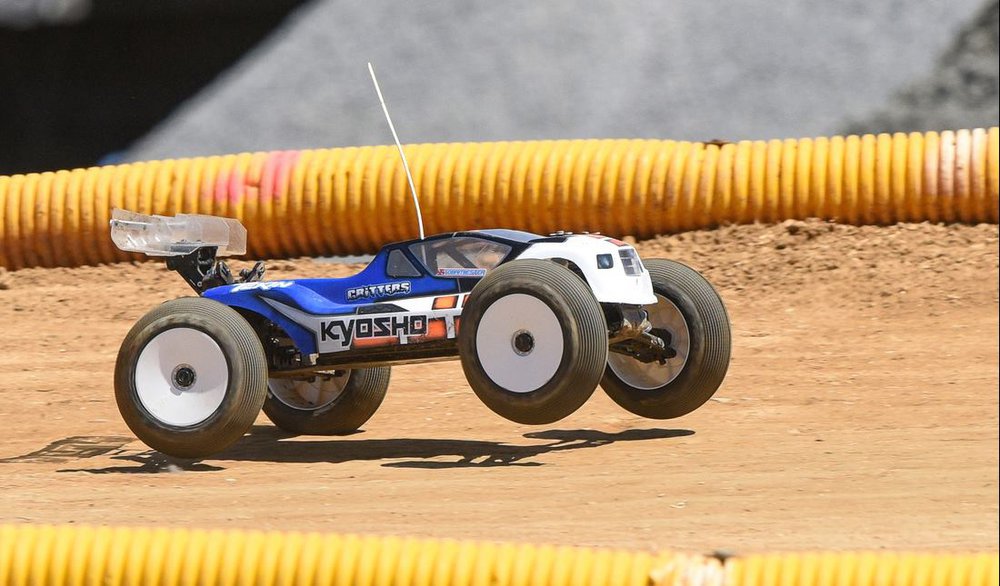 AW: What is your home track? What changes have you seen in your local racing scene over the last couple of years?
TH: 46RC has always been my home track, when it was previously Critters Raceway. The owners opened in 2011 and I've raced there since. I got involved in their race program in 2013 as they switched from dirt, to carpet, and back to dirt again in 2014.

The last two years have seen a lot of changes in the local indoor 1/10-scale racing scene. A few off-road dirt tracks have closed down or switched to turf. When we took over 46RC we saw it as an opportunity to keep off-road dirt racing alive in the region and just give people racing options.

As far as 1/8-scale outdoor racing, last year saw a huge growth of electric truggy in the region and resurgence of nitro truggy. Electric buggy is also a huge scene.
AW: Is 46RC Raceway the first facility you’ve helped run? Did you ever consider doing something like this in the past?
TH: 46RC is a team effort. This is the first opportunity to bring our experiences to a race program that’s directed solely by the 46RC team. I've personally found my friends and community through this hobby and I get so much out of it. Running a race program like 46RC allows me, and the rest of the team, to find opportunities to give back to the community and work together with the community (including other tracks) to grow the hobby in the area. I can't say we know everything about racing but we're learning more every week and always try and listen to people’s ideas and feedback. 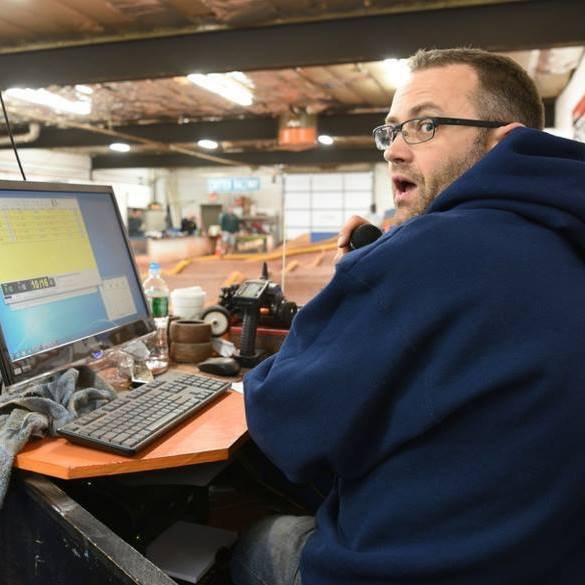 AW: What are your proudest RC moments?
TH: I can't think of any specific moments, but moments that make me very proud are events like this past Sunday, when we put on a point series race and we're just swamped with racers the minute we open our doors. They were full of enthusiasm, ready to race, ready to have fun, and when they were done for the day they were telling me how much fun they had, how they loved the track and the work we're doing. It’s a natural high for me. 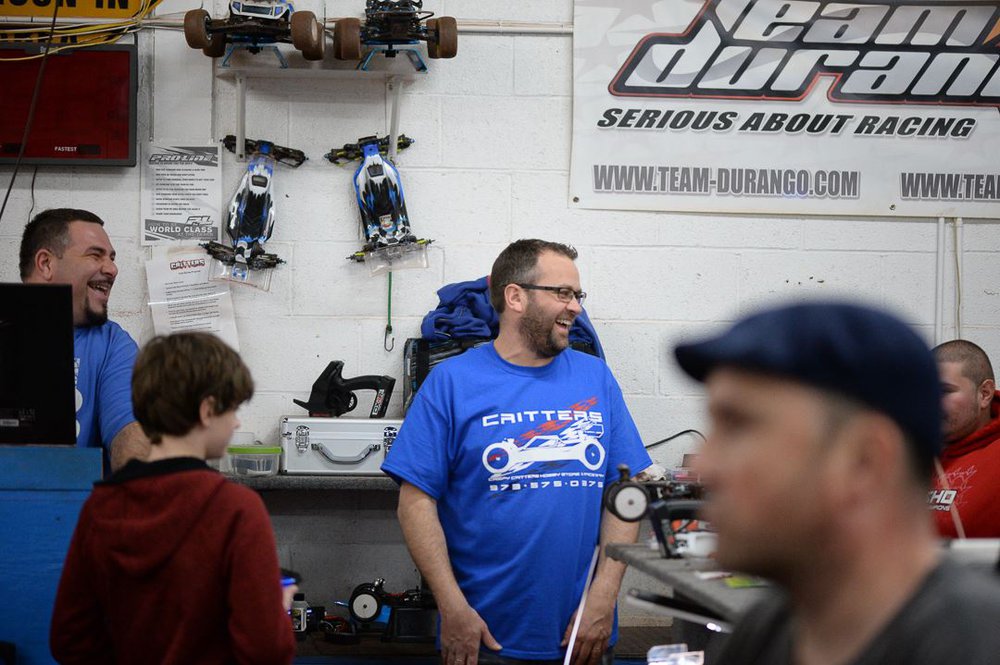 AW: Do you have any goals for your RC career?
TH: I always try my best to get the best results on the track. Year over year, I feel more prepared and ready to do my best. I've realized, over the past year or two, that half the battle is confidence and how that can directly affect your performance.
I would say a goal is to obviously make more A-mains in 2018, but always be having fun and enjoying this hobby and trying to help others along the way.
AW: When you’re not at the racetrack, what are some of your favorite hobbies?
Most folks wouldn't know, but over the last year I've got quite fond of cooking. Gordon Ramsey is a huge influence, and I love his passion for cooking and process, and of course his innovative use of 4-letter words when he explains things LOL. I do a little photography and also like to cycle.

AW: What’s the best part of RC racing? What about RC racing annoys or bothers you?
TH: There are a couple of things that bother me. I see the value of social media outlets like Facebook - it’s so simple and powerful that entities like manufacturers, racers and tracks can push information out to the community with little to no effort, unlike the old days of email or Postal mail.

Conversely it can be so harmful due to it’s un-moderated nature.

I'm all for free speech and there is nothing more fun and some great, timely memes, but people generally think that if they have a bad day or experience that they think they should post that up on Facebook and berate a track, a product or each other.
The other part of racing that I find bothersome is the 'Trophy Race' mentality. Some tracks have closed down because nobody bothered to show up unless they win a trophy. Some racers don't even race unless its a 'Big Event'!

When the opportunity came up to form 46RC we all agreed we wanted to put most of our efforts into club racing. We reduced our yearly Winter Trophy Races from 5 down to 3. After looking at what other tracks across the country do, and our own past experiences, we've bridged the gap by adding a permanent 'Victory Lane' at the track where we photograph our club race podium winners and post them up weekly on social media.

The best part for me is our 46RC club racing scene. Week over week, racers compete at 46RC, trying to get faster, learning from each other, and trying to make the podium. For a couple of weeks it’s one guy who's unbeatable; then for whatever 'human' reason, he falls off pace, or someone else finds the pace, and we have to work hard to catch the new “fast guy.” 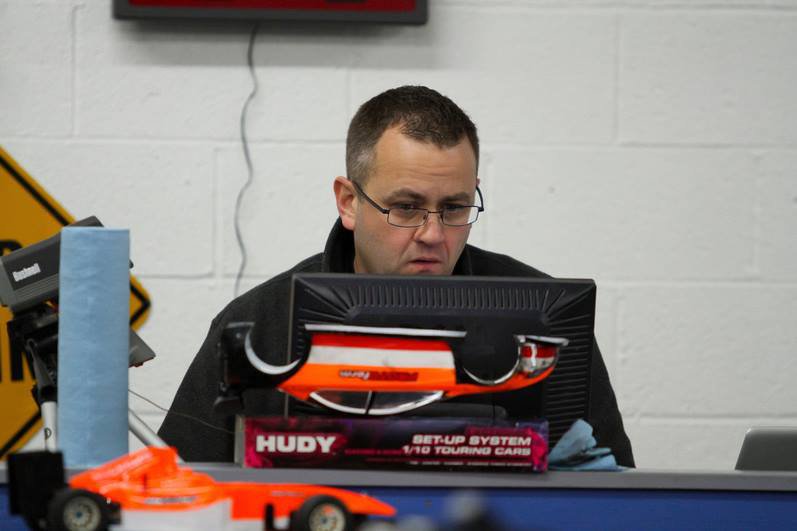 AW: Who are some of the people that have helped you the most?
TH: My good friends, Matt Nevoso and Jay Zellner, are part of the 46RC team; we work together on running the program and making decisions based on all our racing experiences. Our friend Dominic Incantalupo brings his 30+ years of knowledge and business experience to what we do. I can't forget Aldo and Richie from Critter Hobbies for giving me the opportunities over the years to help them with the track and retail store.
For me personally, I have huge respect for racers like Ryan Lutz and Adam Drake who do so much for the community and their positive social media work.
AW: Thanks for the interview! Is there anything else you’d like to add?
TH: Please give a shout out to my friends and family at 46RC and the whole Cuz Racing Team! 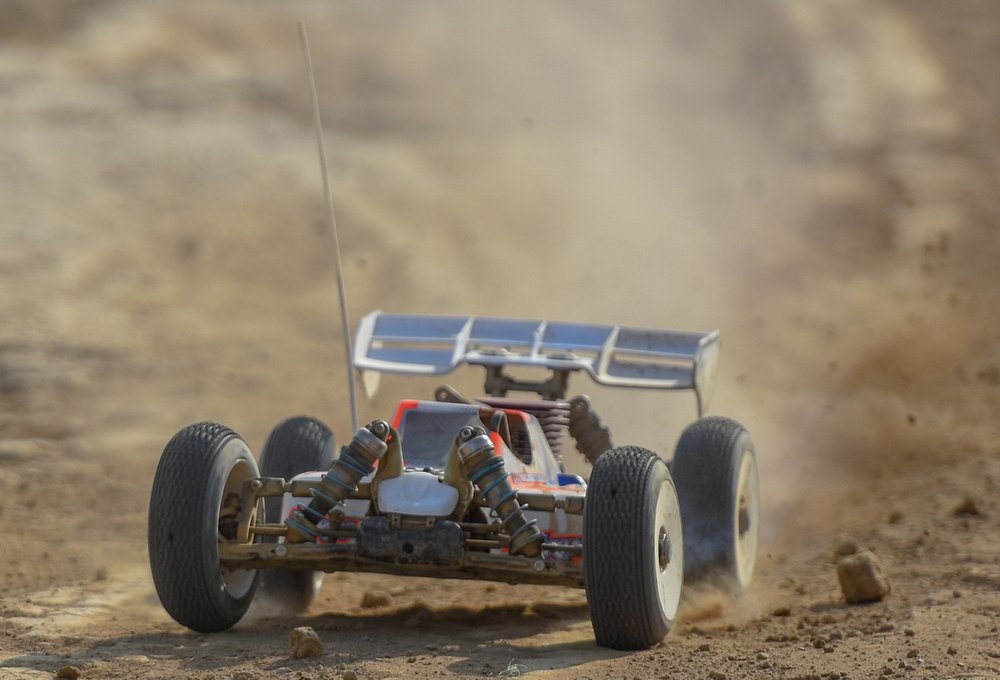