8/19/2014
By Aaron Waldron
LiveRC.com
Welcome to LiveRC's weekly column, "Talk-It-Up Tuesday!" Here we spend a little time talking with industry icons including racers, manufacturers, team managers, developers, promoters, and everyone in between! Sit back, relax, and go behind the scenes as we interview them all!
TLR "phenom" Dakotah Phend grew up in front of the cameras, and atop the podiums, of the RC racing scene. In the last couple of years, however, he's gone from "one of the fast guys" to a serious threat to win every time he walks up on the drivers' stand - and proved it last year with the most prestigious electric off-road title in North America. A strong start to 2014 included the 2WD Buggy win at the Cactus Classic and another ROAR National title in 1/8-Scale Truck. I caught up with Dakotah before the trip to Florida to ask him what it's like heading into this year's race as the defending champ.
DON'T MISS Part One of today's Talk It Up Tuesday with Spencer Rivkin! 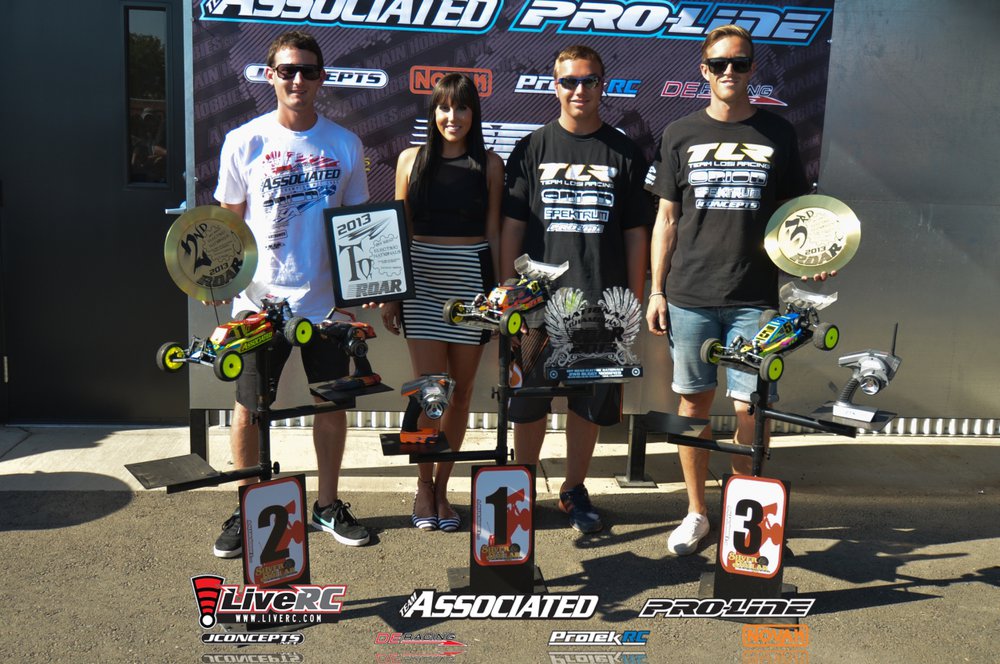 Aaron Waldron: Last year was far from your first ROAR National Championship, but it was your first Modified class title. What did it mean to you to win the 2WD class?
Dakotah Phend: It meant a lot to me as that is often considered the hardest electric class to win. Finding the right setup is always difficult and the racing is always very close.
AW: It was a bit of an upset coming from third on the grid, thought you got some help as the two drivers ahead of you (Cavalieri and Maifield) crashed out of the way in the first two main events. How hard was it to keep your composure after such a great opportunity presented itself not once, but twice?
DP: In the first main I made a bad mistake and lost a lot of ground, but got back around when they both crashed. There was only a minute left so I just drove as fast as I could and was able to hold everyone off. The second main was a lot harder, as I got the lead on the first lap and had to hold on for the whole race. I just concentrated on not making any mistakes and not getting caught up in winning overall. 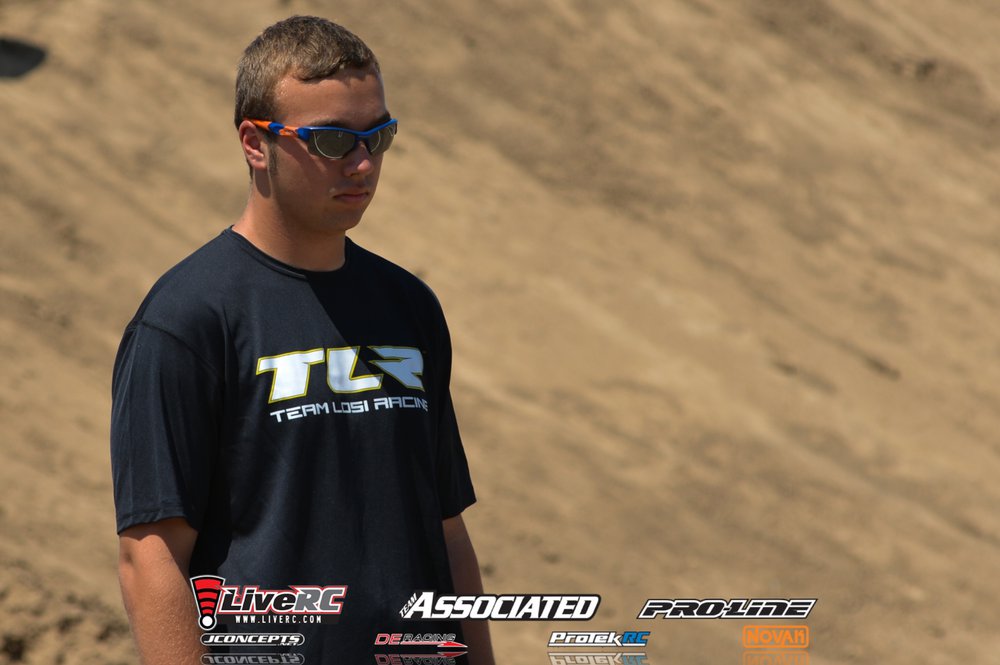 AW: There were some racers who called your win a bit of a fluke because of the good luck, but you showed the RC world your skills with a 2WD buggy by dominating the Cactus Classic this year. Do you think you’ll be taken more seriously at this year’s event?
DP: I have been working very hard this past year on my driving and setups. I think that going into the race that I will be taken as more of a threat than last year.
AW: For just the second time in the last eight years, the ROAR Electric Off-Road Nationals will be held indoors. What do you think of the decision to hold the race under a roof?
DP: I have always liked racing outdoors a lot, but changing up the types of tracks for a Nationals event is important.
AW: Last year’s Nationals track was really big, and really fast - and this year’s track will certainly be smaller and slower. Does that change your approach to the race at all?
DP: No, not really. The main key is just going to be minimizing mistakes and staying consistent. 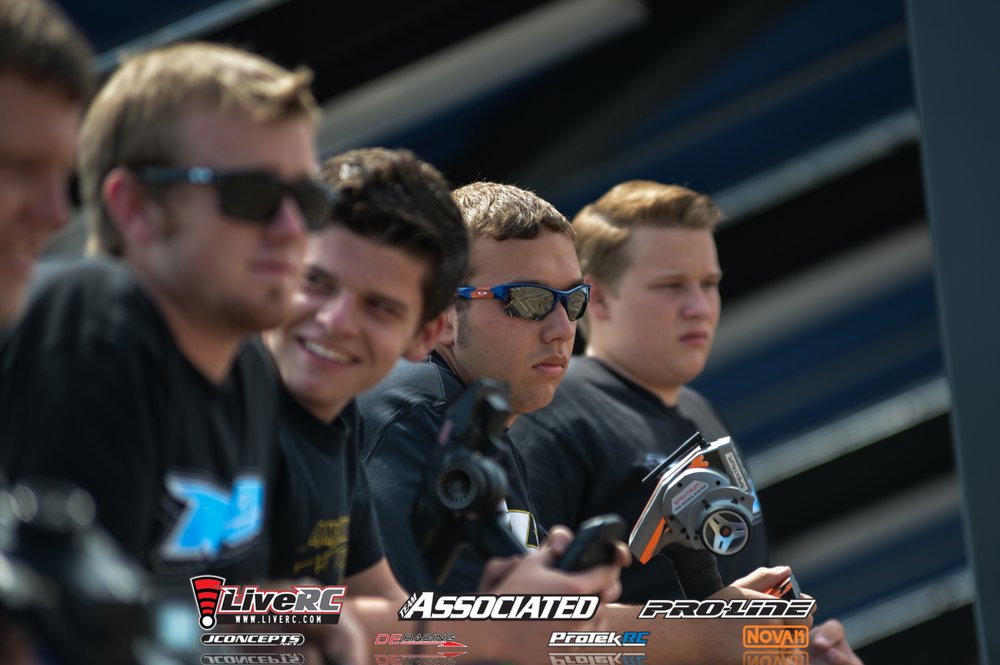 AW: Any chance you’ll break out the rear-motor car again like last year?
DP: I will be running a mid-motor buggy this year. This will be the first race that I'm not bringing my rear motor car too!
AW: Is it any tougher to attend a race like this as the defending champion?
DP: I think it definitely adds a bit of pressure, but I am more prepared than ever and am looking forward to doing my best to defend my title. It is always hard to win a National event, so I'm just going to go into it and drive as good as I can.
AW: One of your toughest competitors from last year, Ryan Maifield, is now a teammate. Are you looking forward to working with Ryan this weekend for the first time? Have you two been friends in the past?
DP: I'm very much looking forward to working with Ryan. He is a great competitor and brings a lot of knowledge to TLR. I have known Ryan since my first big race back when I was only six years old at Columbus. I looked up to him and I still remember him hanging out with me the whole weekend. It really meant a lot to me and I have a huge amount of respect for him. 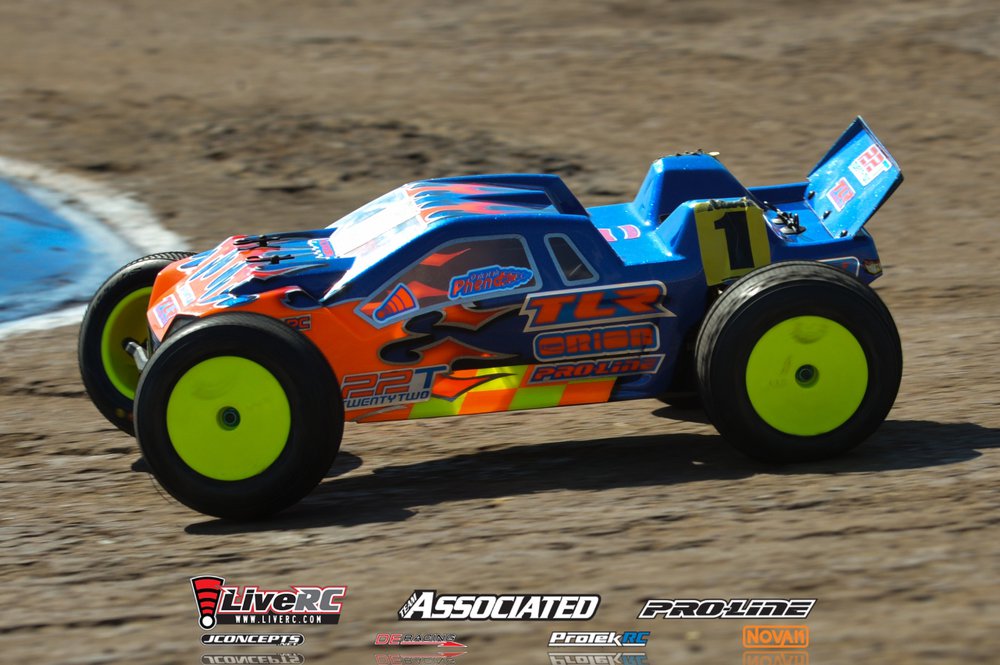 AW: You’ll be running 2WD and 4WD buggy, of course, but TLR’s 22T - your typical truck of choice - is no longer in production. Will you be racing a third class this weekend or focusing on the buggies?
DP: I will still be racing TLR's 22T at this year's Nationals.
AW: Thank you Dakotah! Any sponsors or people you’d like to thank?
DP: My parents for always supporting me since the beginning and everyone else that has supported me through the years. Also, my sponsors: TLR, Team Orion, Pro-Line, Spektrum, Darkside Designs, Stick It 1, Horizon Hobby, Lunsford, OCRC, LiveRC, and AMS Raceway. 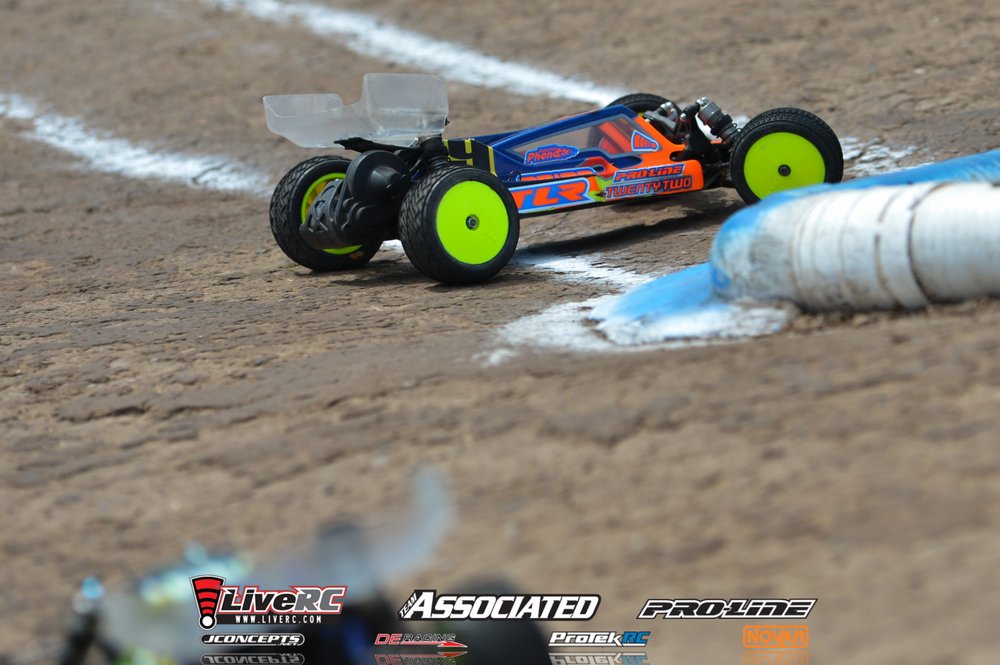