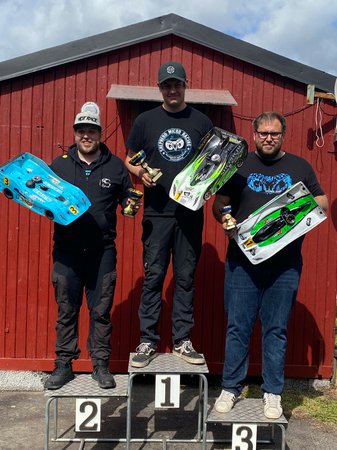 Team Shepherd Sverige had a great time at the 3rd round of the Swedish Cup in Växjo. In the 1/8th scale class it was Stefan Andersson who claimed the pole-position for the main final. Unfortunately he didn't have a trouble free race so he had to settle for 3rd position overall although he clocked the fastest laptime in the final. At the front it was a close race between Niclas Nilsson and Axel Birgersson. After 45min Axel crossed the finishing line with his Velox just 0.5 sec ahead of Niclas.

In the 1/10th scale class Victor Loven was chasing his first victory with the Shepherd Velox V10. After qualifying he was ranked in 4th position just 0,4sec behind the pole-setter as he had to retire in the fastest qualifying round. But in the main final his performance was on point. In the 3rd lap Victor took over the lead and never looked back. After 45min he crossed the finishing line 1 lap in front of Andreas Husmann with Marcus Andreasson completing the podium. 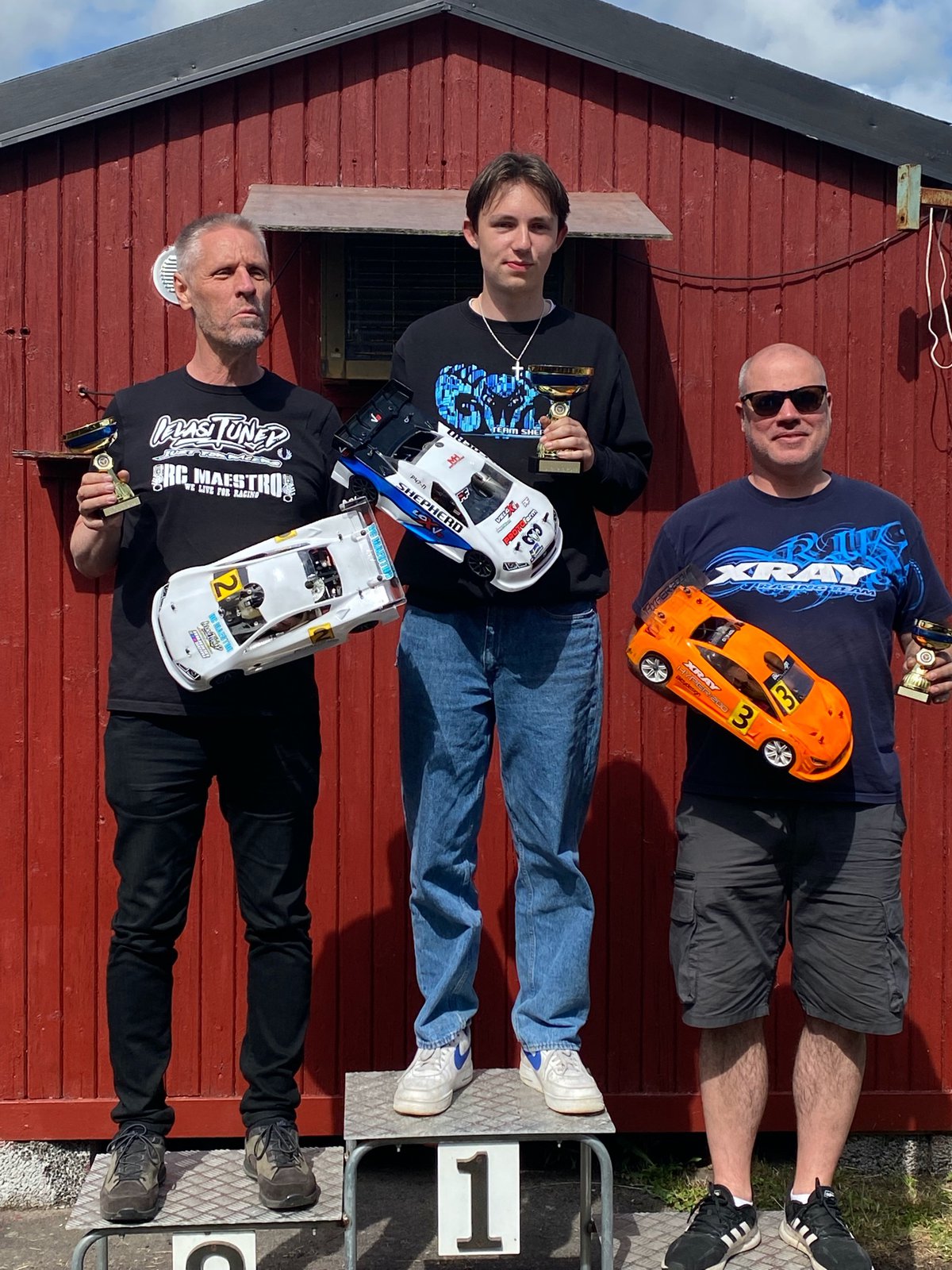