This past weekend was the second round of the Texas Electric Onroad Race Series. Round 2 was held at N-Control RC Raceway, home to the 2017 Roar Onroad Nationals. NControl is a medium sized outdoor asphalt track, featuring a flowing layout and a smooth racing surface. Weather for the event started off cool in the morning, with temperatures quickly rising to the 80's by the afternoon giving rise to increased traction throughout the day. The event featured 7 different racing classes ranging from Euro Truck all the way up to Modified TC.

Mod TC proved to be one of the most exciting races of the day. In the A-main, TQ setter Brandon McNally and 2nd place qualifier Chris Adams would tangle up on the 2nd lap, which would send both to the back of the field. In the ensuring chaos, 6th place qualifier Johnee Fenimore would emerge to the head of the pack. Fenimore would lead the race for the next 21 laps, however, Chris Adams would work his way back up to 2nd place by mid race to put heavy pressure on Fenimore. On the final lap, Adams made one final attempt at an inside pass on Fenimore, which he was able to make stick to claim the overall victory in Mod TC. 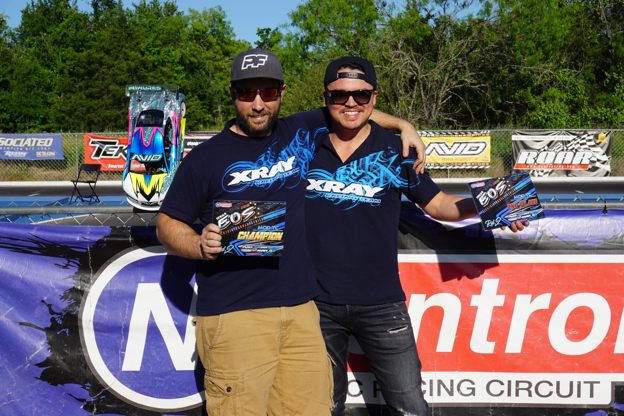 In 17.5 TC, TQ setter Michael Toth got off to a sizeable lead in the opening laps of the race. However, Toth would roll his car on the dots early in the race and fall back to 4th. This spill allowed Larry Meyers to take the lead for the rest of the race. Johnee Fenimore worked his way from 4th on the grid to take the 2nd podium position ahead of Andrew Doherty in 3rd. 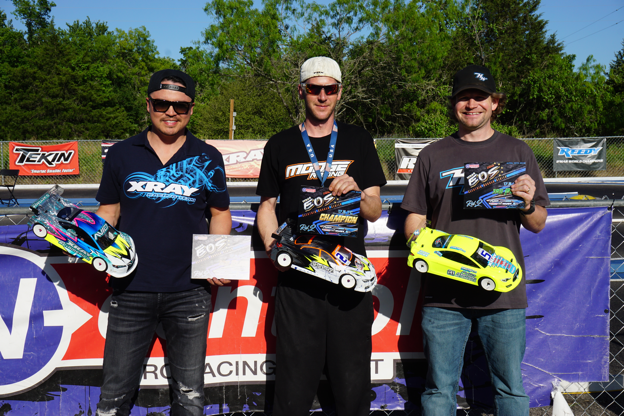 In USGT, the qualifying order would be how they finished, with TQ setter Ronnie Pena leading the race from tone to tone. Second place qualifier, Josh Barry, applied pressure throughout the entire race, but could never find a way around Pena. Barry would finish .6 seconds behind Pena. The podium was rounded out by 3rd place finisher Sean Bloch. 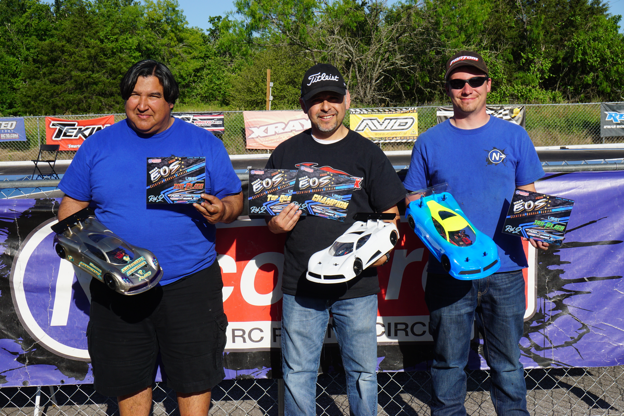 In 25.5 TC, TQ setter Brain Fong and 2nd place qualifier Josh Barry would separate themselves from the rest of the field in the A-main. In the end, Brain Fong would carry a 2 second lead across the finish line ahead of Barry, with Aguirre rounding out the top 3. 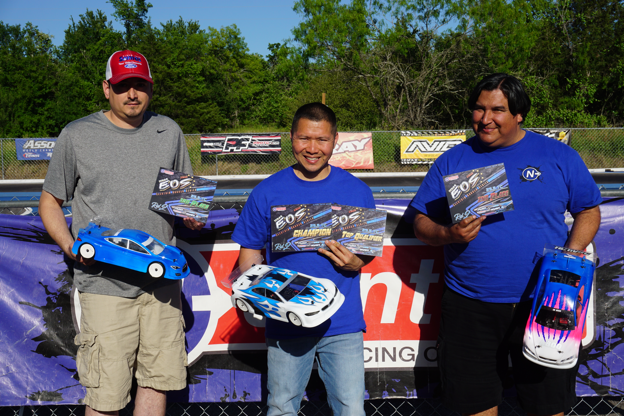 In 12th Scale, Jim Hartnett would take TQ, but it was 2nd place qualifier Victor Young who would ultimately come out on top at the end of the A-main ahead of Hartnett. Working his way from 5th on the grid, Dave Meloni would round out the podium in 3rd. 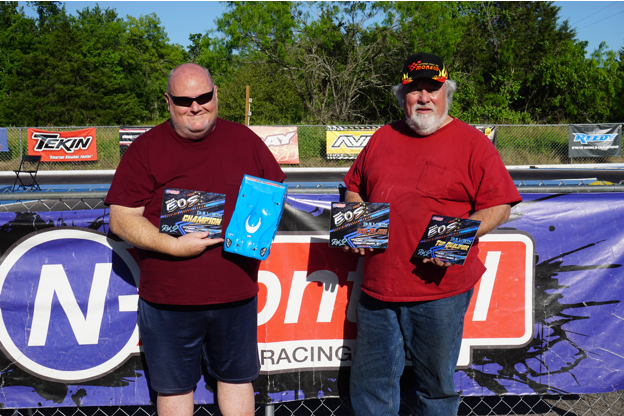 No other class had as many laughs on the podium as the Euro Truck class. The Euro Truck class featured all 13 drivers running in the same heat, which made for a lot of wheel to wheel rubbing. The A-main began with a shotgun style start with all racers lined up against the wall. At the sound of the tone, a swarm of Euro Trucks made a mad dash to the first turn. To the amazement of all who were in attendance, the chaotic start resulted in relatively few wrecks. Emerging from the chaos, Larry Meyers would take the win and be the only driver to turn 15 laps. TQ setter Sean Bloch would finish in second, followed by Neil Jacobs. 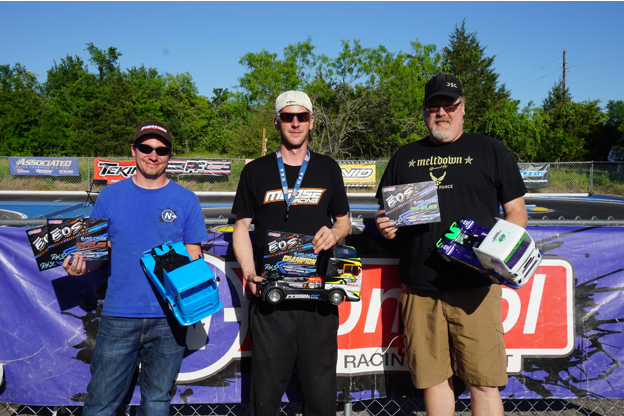 The small but growing GT8e class has a dedicated group of racers in Texas. Setting the TQ pace for the day was Paul Gaertner. Gaertner would maintain his pace in the A-main and take the top spot followed by Doug Bryson in second and Nick Sibigtroth in 3rd. 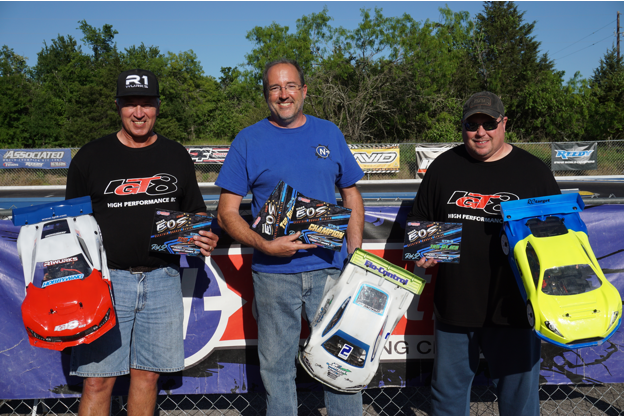 More information about the TEOS series can be found at www.texaseos.net