Warehouse 3 Racing in Phoenix to close on Saturday 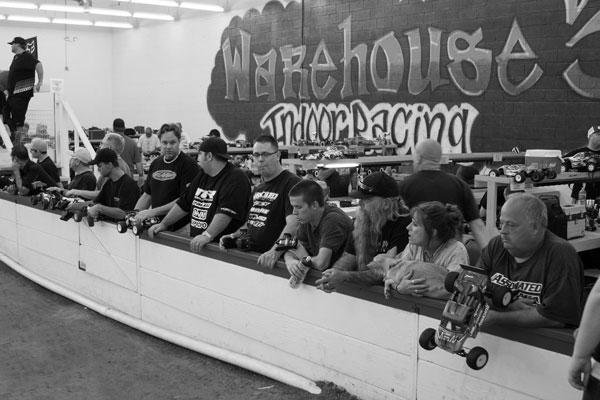 On Sunday, Warehouse 3 Racing and Hobby Shop owner Jim Chaney informed customers via the business's Facebook page that the business would close following one final race on Saturday, October 31. The announcement comes following slow retail transactions and low race turnouts, compounded by a couple of thefts that victimized the business and customers.

The news comes despite overwhelmingly positive critcism of regular and visiting customers, earning Warehouse 3 Racing 4.6/5 stars over 416 reviews on Facebook and 5/5 stars over 7 reviews on Yelp.

On October 14, the Warehouse 3 Racing Facebook page posted a series of surveillance videos showing a group of young men taking a customer’s Team Associated SC5M from the pit area. Unlike a burglary in February, in which several consignment vehicles were stolen in the middle of the night, this theft took place during business hours:

Everyone please be on the lookout for these 3 dirtbags. They came into Warehouse 3 today posing as customers and stole...

One of the thieves vehicles, a white early 90's Ford Explorer with black trim on the bottom. AZ plates begin with BAX

Thieves stealing car. Notice how one goes ahead as lookout, one takes the car, and the third one goes and talks to another customer to distract him.

Running through parking lot with stolen car and driving off

Other thieves car. A mid 2000's dark colored two door Honda Accord with a faded roof

Posted by Warehouse 3 Racing on Wednesday, October 14, 2015
Business continued as usual at Warehouse 3 Racing, however. On October 15, the Facebook page shared a photo of a banner hung along the track celebrating local Phoenix resident Spencer Rivkin’s IFMAR World Championship.
//

It is our honor to hang Spencer Rivkin's Championship banner at Warehouse 3 Racing.

Posted by Warehouse 3 Racing on Thursday, October 15, 2015
Just a few days later, on October 20, business hours shortened to afternoons and evenings Wednesday through Saturday were announced because, according to a comment “it’s dead during those times (that were eliminated).”
//

Posted by Warehouse 3 Racing on Tuesday, October 20, 2015
The track also offered a rewarded for the unconditional return of the stolen short course truck.
//

ATTENTION!!!!!!!!!!!!! Anyone who returns the stolen SC5M that was taken from Warehouse 3 Racing last week will be given a $500 reward. No questions will be asked when it is returned.

Posted by Warehouse 3 Racing on Tuesday, October 20, 2015
On October 24, Warehouse 3 hosted the final round of the Battle in the Desert Series that toured area tracks. The event drew 58 entries and crowned overall champions, including some of the area’s fastest racers. 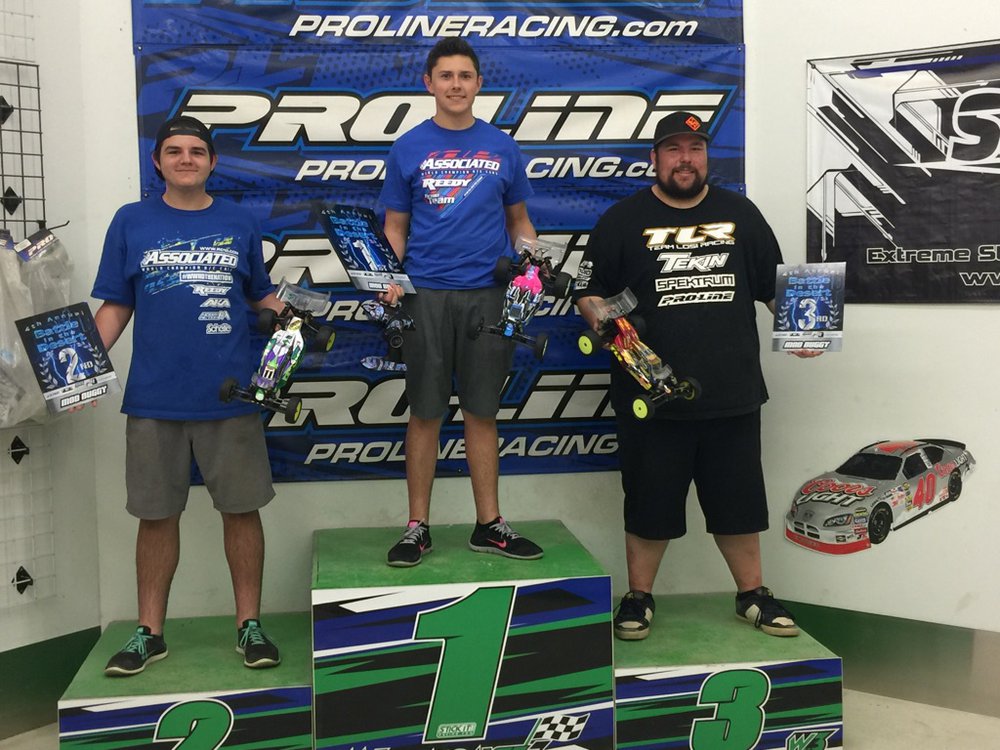 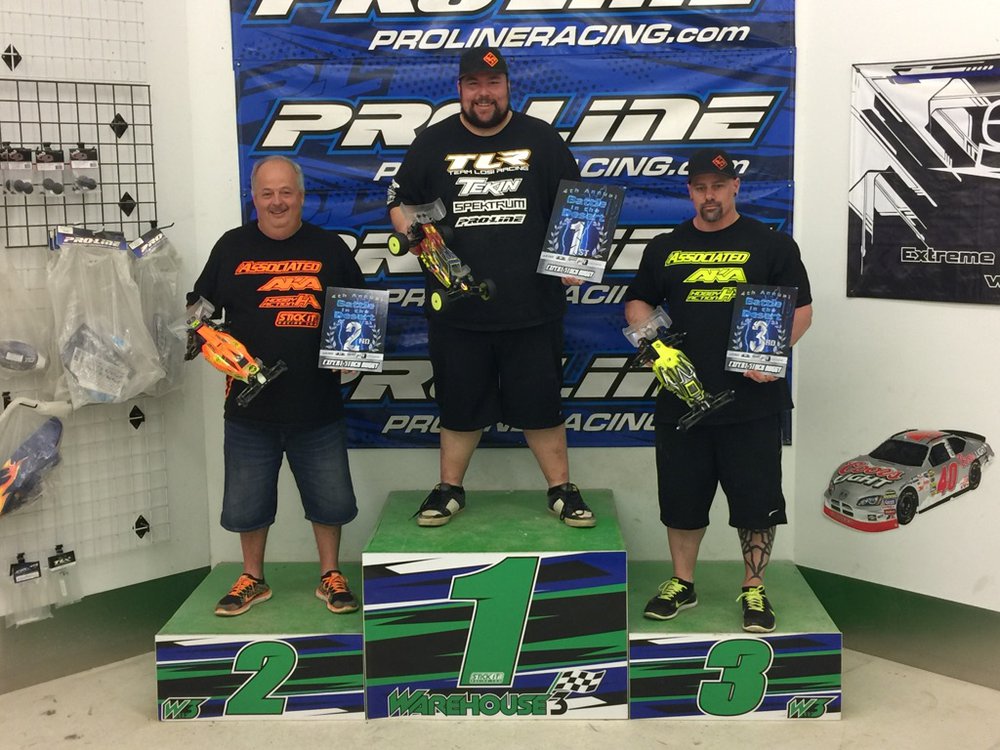 Photo: Team Tekin
Modified 2WD Buggy
The following day, however, Chaney announced via Facebook that the track and hobby shop were closing.
//

Well friends I hate to say it but....Warehouse 3 will be closing its doors for the last time on Saturday, Oct. 31st....

In addition to over 65 shares and 90 comments on the original post, racers poured out their support for the Warehouse 3 crew and expressed their feelings about the closing. Team Associated racer Tommy Hinz, among those who frequented the track, posted the following to his Facebook page: 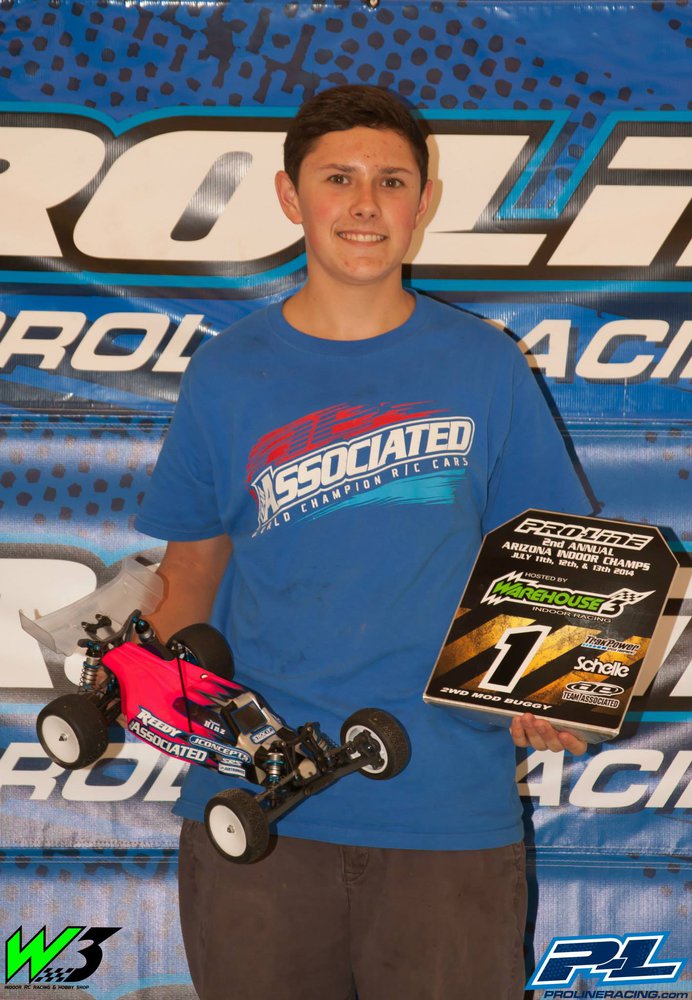 "Very sad news for Arizona racing today. Thanks to Jim Chaney and everyone at warehouse 3 who have helped me get to where I am today. It is a shame that it is coming to this but I hope Jim and all employees the best of luck in the future."

On Monday, Warehouse 3 Racing announced the schedule for its final week of operation, including an inventory liquidation sale.

here are the hours for the rest of the week:Wednesday Doors open at 3 pm and Racing starts at 7 pmThursday OPEN...

Anyone with information on items stolen from Warehouse 3 Racing is encouraged to contact the business at (623) 776-9003 or the Peoria police department. Racers have three chances left to race at Warehouse 3 before it closes: tonight at 7 PM, Friday at 7 PM, and Saturday at 2 PM.