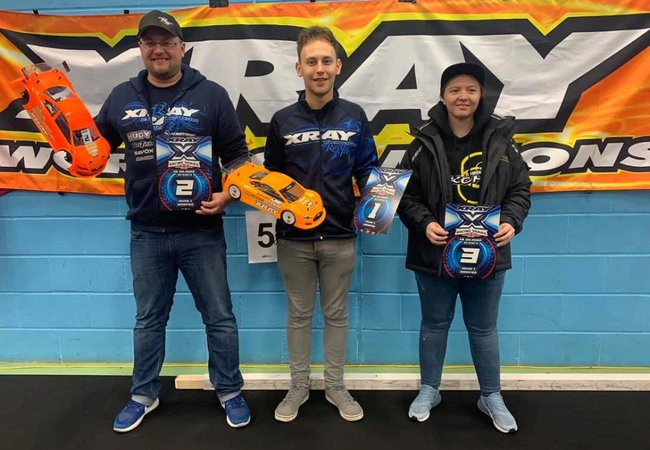 With round 3 being the busiest yet proving the easy going chilled out atmosphere the XRS series generates is really working!  Walking round the pits and talking to racers it’s apparent the series is really popular attracting more and more racers each round. Key to the series success is the Hudy C3 tyre it’s out of the packet performance no tyre voodoo! 20min of Hudy Carpet gripper and you have great traction!

Newbury recently invested in new carpet and wow didn’t they got the good stuff! Super duper traction and no snow effect on your chassis after each race!

European team Xray star Jan Ratheisky and his mechanic Stefan Schulz made the trip over to get in some practice before heading off to the SnowBirds in Florida.

Jan as always a popular character in the pits fitted right in getting into the grove along with team mate Elliott at the Friday evening club night which went on till gone 11pm.

The modified class was great to see. The first final was a bit chaotic but Jan kept out of trouble the best he could and took the win. The second leg was a little less chaotic as the final got split to help everyone get a chance of a clean race. Elliott took a pole to flag win and took the overall win as he had the fastest final time.

Stock 13,5T, Jan racing in his second class of the day made pole and converted that into a overall win. Local star Dan Blake kept Jan honest with some great racing!  Local hero Sam Nichols took the last spot on the podium with a great performance.

LMP, Jan competing in his 3rd class of the day managed to qualify 3rd behind Andy Murray in pole and Jonathan Simblet in 2nd. Jan kept out of trouble and managed to pass Jonathan to take 2nd overall.

Finally the 17.5 class, JK Godbehere took a pole to flag win in both legs of the final. Shane Chipolina finished in 2nd with 2 in each leg Shane is proving to be one to watch! 3rd was AJ Malins. 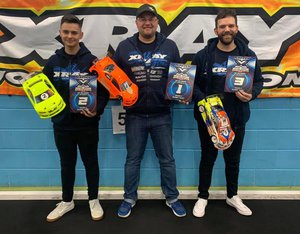 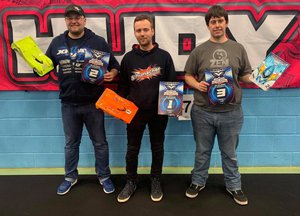 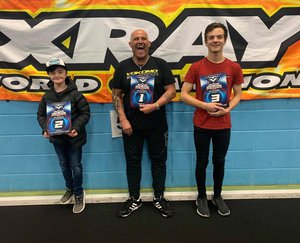