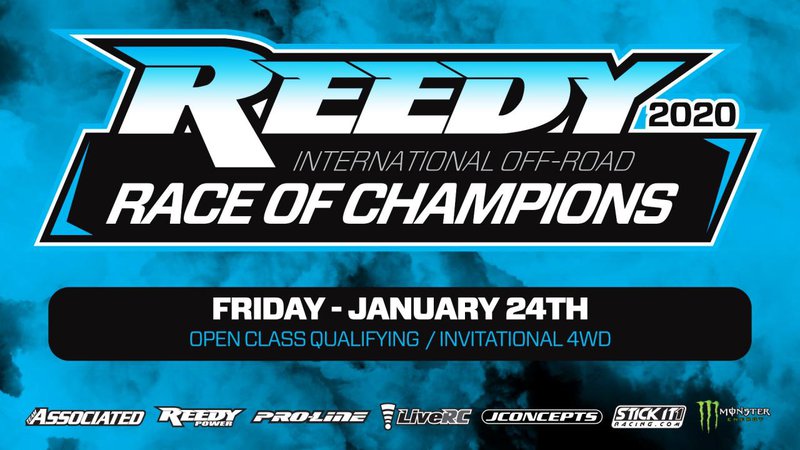 Jared Tebo, Spencer Rivkin, and Ryan Cavalieri topped the first invite round of 4wd at the 2020 Reedy Race of Champions.

Tebo took a hectic win over Ty Tessmann and Dakotah Phend in the first race. Tessmann took the lead at about the half way point just to bobble and lose it again a lap later. Dakotah would make a charge after a tough start to get to the front but with all the blocking and carnage on the first lap would have to settle for 3rd with Tessmann 2nd and Jared taking the win.

In race 2, rookie Tommy Hinz would get out to an early lead and hold onto it past the halfway point. A late bobble by Tommy would move Ryan Maifield to the 2nd spot at the end with Spencer Rivkin taking a fairly relaxed win. 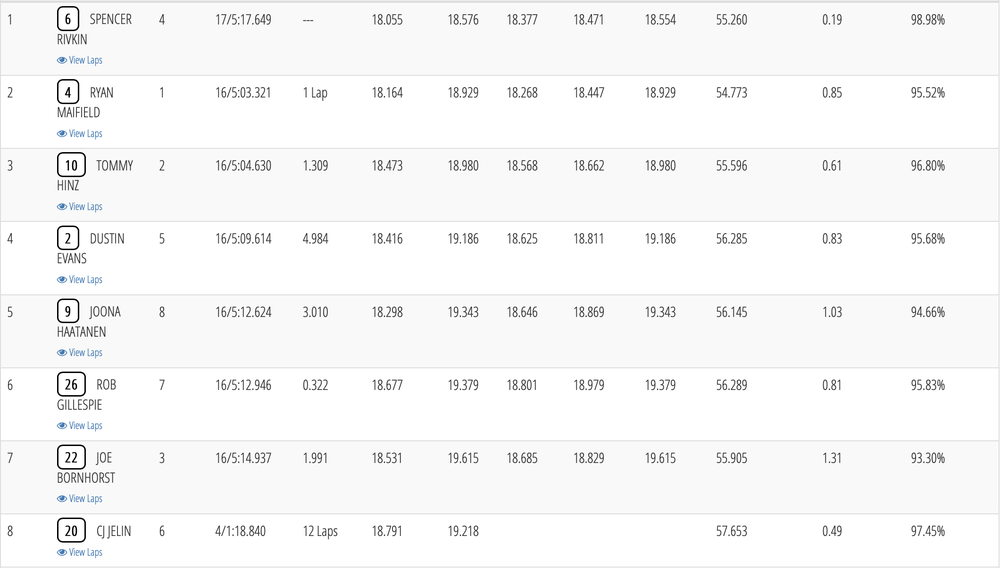 Finally, Ryan Cavalieri would come from a 2nd row start to control the 3rd race in round one and take the win. Rookie, Ron DeVoll would contest for the first half before falling back. Alex Kosciuszek would end up 2nd with Yusuke Sugiura in 3rd. 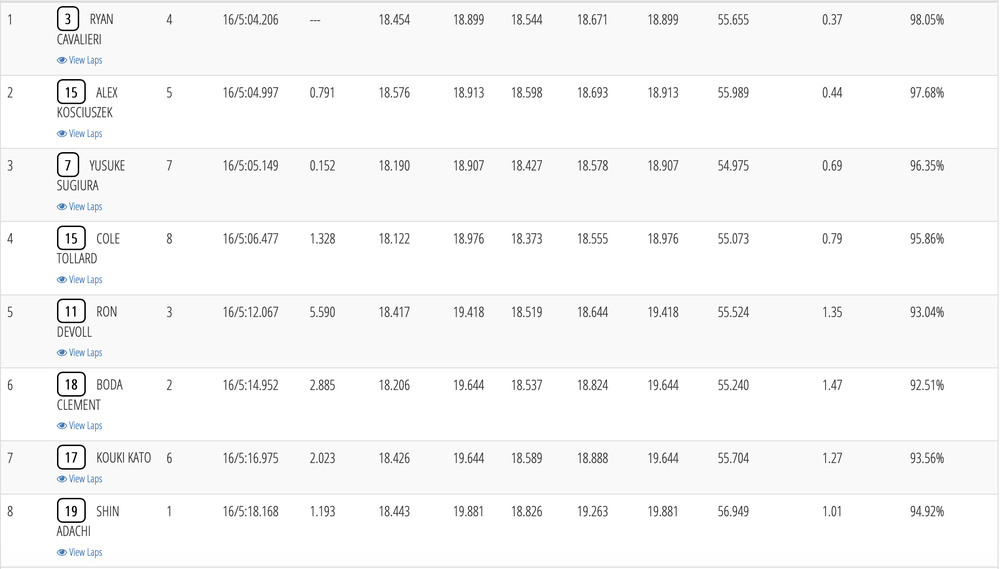 Aydin Horne would take the first round of open 4wd despite two bobbles early in the race. 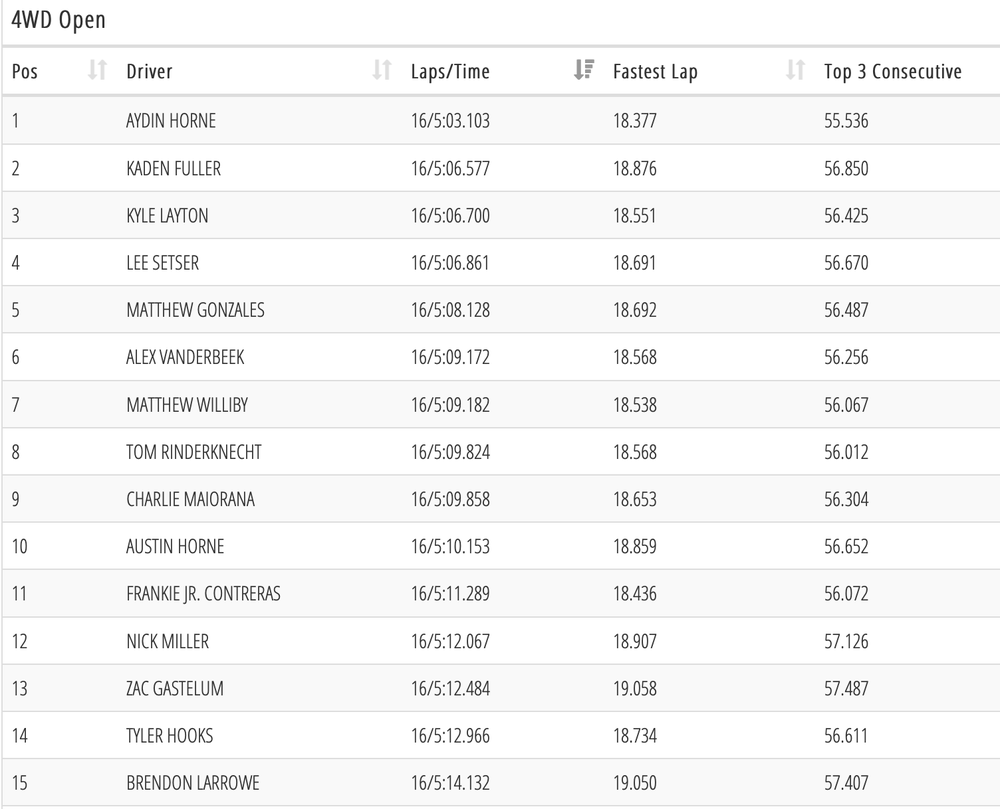