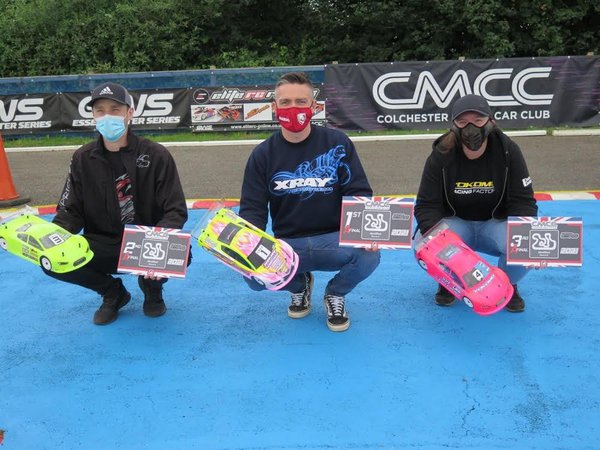 The Colchester club in the southeast of England hosted round two of the BRCA touring championship and the UK XRAY team were well represented in both the modified and stock classes.

In testing leading up to the race it was obvious Olly Jefferies needed to find a little extra pace, but after some extensive testing the reward was obvious as he took round one of qualifying. Two drivers sat out round one of qualifying to put themselves on a different tyre strategy and that paid off for Chris Grainger as he took the overall TQ, but sat in second place Jefferies looked to have more pace and in hand over the rest grid and better tyres than Grainger would have to work hard to keep the XRAY driver behind him for five minutes.

It only took a couple of laps for Jefferies to make the move and he was through and away into a clear lead taking leg one of the A final. Leg two and now both Grainger and Jefferies were on tyres of similar age, but once again in under a minute Jefferies was ahead and went on to take the leg two win

The result mean two rounds into the championship  and Jefferies has a maximum score as he aims to defend his modified national title, the next round is at Halifax one of his favorite tracks and a venue that has seen him win for the last five years, making it six would mean wining the series with two races in hand

In the stock class it was another strong showing for the XRAY team, Markus Askell, Chris Gunter and Ricky Copsey were all on hand to face up to a tough challenge in a very tight class.

Throughout qualifying the team worked hard to stay at the sharp end of the times, Chris Gunter taking round three of qualifying, a great result at a track he had not visited previously.

Qualifying third Markus Askell was quick and consistent over both finals and his reward was the overall win on the day, both Chris and Ricky both suffered a little in the finals and finished down the order a little, but up front Askell’s win take him to the top of the championship standings.

Going into round three Jefferies and Askell now lead the series overall and will now focus on stretching their lead at Halifax, but first the pair will tackle this weekend’s King of Clubs race at the West London track 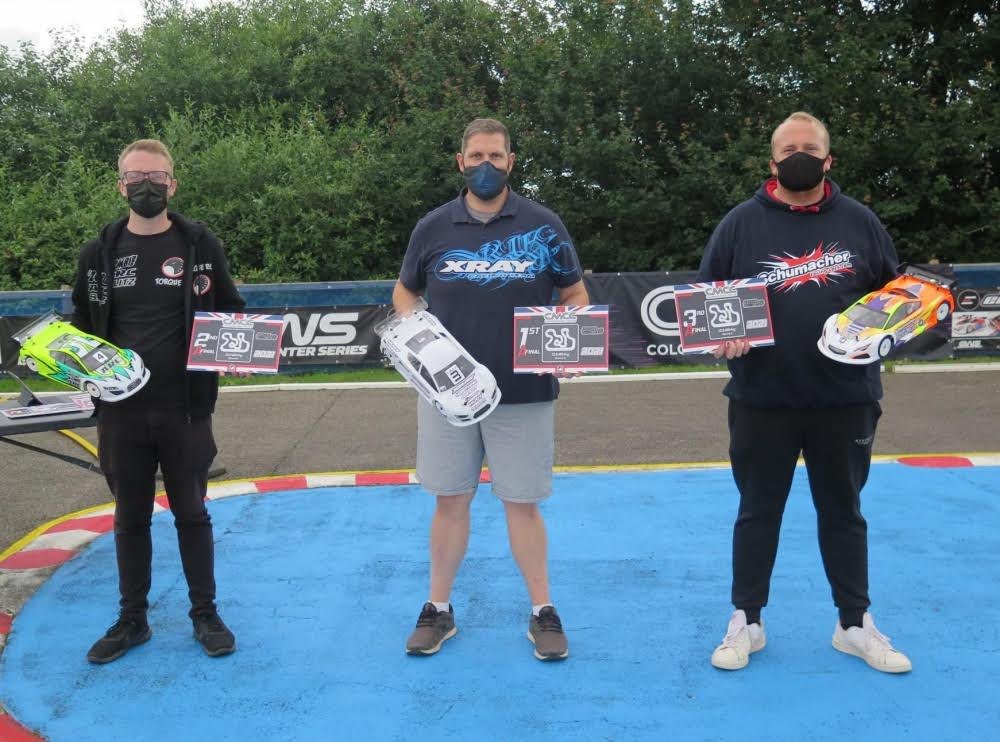