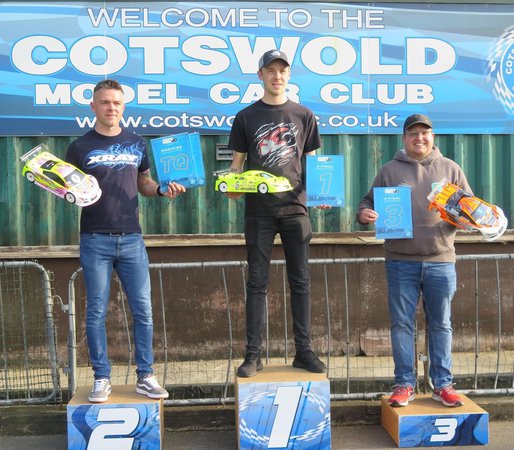 Qualifying showed the dominance of XRAY taking all four rounds comfortably ahead of the chasing pack, on new tyres and old Olly held a comfortable advantage throughout qualifying taking TQ and setting a new track and lap record in the process

The first final did not go to plan as around the halfway mark Olly was hit from behind, the resulting contact saw him tumble down the order, he recovered to fourth but it was a disappointing start to the two leg finals

Leg two and Jefferies made sure there was no chance of anyone spoiling this race, lap after lap he built up an increasing gap over the chasing pack to take a comfortable win, in taking the win Olly secured the modified national championship

The result meant second overall on the day for Olly, not the way he would have liked to have won but the championship was the priority.

In 13.5 stock it was TQ for Markus Askell with his T4, Markus came into this meeting leading the stock class and was looking on great form in qualifying.

Leg one of the A final and Markus took the win and more importantly adding to his championship score. Leg two did not go so well and Marcus suffered a similar fate to his team mate Jefferies being hit and falling down the order

The final round of the BRCA series is at Bedworth, Markus still leads the stock class but faces tough opposition in the fight for the stock title between Zak Finlay and Andy Kurtay, but expect the XRAY driver to be giving it all in an attempt to make it an XRAY win and title in both modified and stock class.

Well done Peter Eagles who once again made the A final at Cotswolds and Chris Gunter who finished fourth in stock. 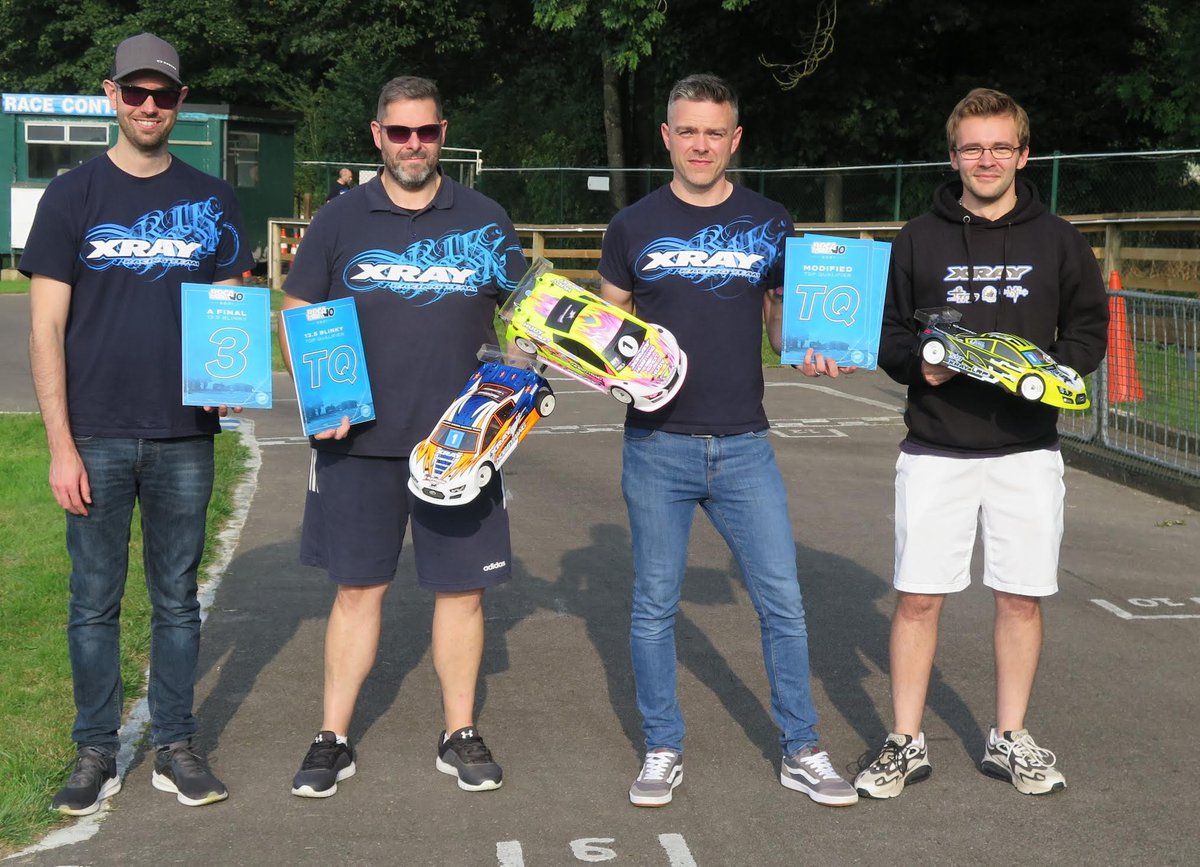