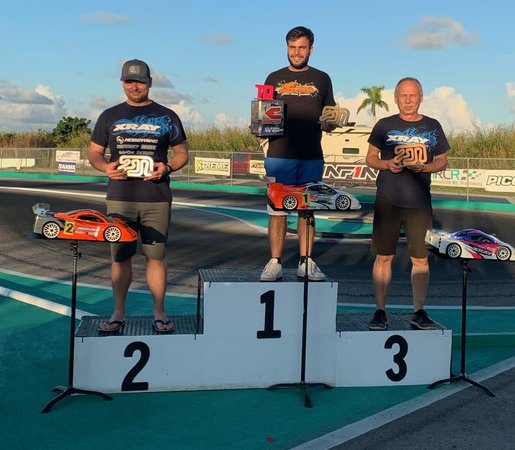 The 2021 Miami Nitro Grand Prix took a place last weekend at the Homestead RC Raceway! The Team XRAY, including Martin Bayer and Juraj Hudy in the GT and GTE classes and Filippo Domanin in GT and 1/8 Pro, started the event already on Monday with open practice on the track. Many teams and drivers gathered there including some front runners from all categories during the week and were getting laps in to increase the traction of the track. The qualifying started on Friday with 3 qualy runs for the nitro classes. Martin TQed the Q1, but it was Alessio Mazzeo making better times in the other qualy runs to take the provisional TQ. Martin finished the day on the 2nd place and Filippo was 3rd. In the 1/8 Pro class Dominic Grainer took the TQ, XRAY's Filippo finished the day on the 5th place.

Saturday held the whole Electric part of the race, which included 2 qualy runs and 2 final runs. In the GTE class Martin Bayer took the overall TQ in front of 2nd Natanaele Senessi and 3rd Carlie Lopez.
Main finals went as planned and Martin was able to convert his TQ into a Win, followed by Juraj Hudy on the 2nd step on the podium! The GTXE was superb on these track conditions allowing both guys to push and stay consistent.

The last round of nitro qualifying was also held on Saturday, which we used to improve the car even more. There were steps forward made, but unfortunately it was not enough for the TQ in the GT class. That meant Alessio kept his TQ spot, followed by Martin and Filippo. Filippo had a great last qualy with his RX8, taking the win in Q4, but unfortunately again the time was not fast enough for the overall and had to settle for the 5th place.
Sunday held the main nitro finals, first up were open practices for all A-mains, which was very helpful to test some more stuff and be more confident for the main. First A-main was the GT class, the first few laps top3 remained the same. After the pit stops came, Filippo was very unlucky and had to retire from the race, meanwhile Juraj Hudy was fighting his way through the field from 5th to 3rd. The fight for the first place was very close in the beginning and we kept the pace to stay close to Alessio, but some unfortunate luck with lapped cars moved Martin back and after that was not able to catch the leader anymore, but the pace of the car was still amazing until the end, lowering the gap half a second each lap. Juraj Hudy had a great final fighting with the other cars to secure his 3rd position overall, behind 2nd Martin and 1st Alessio! 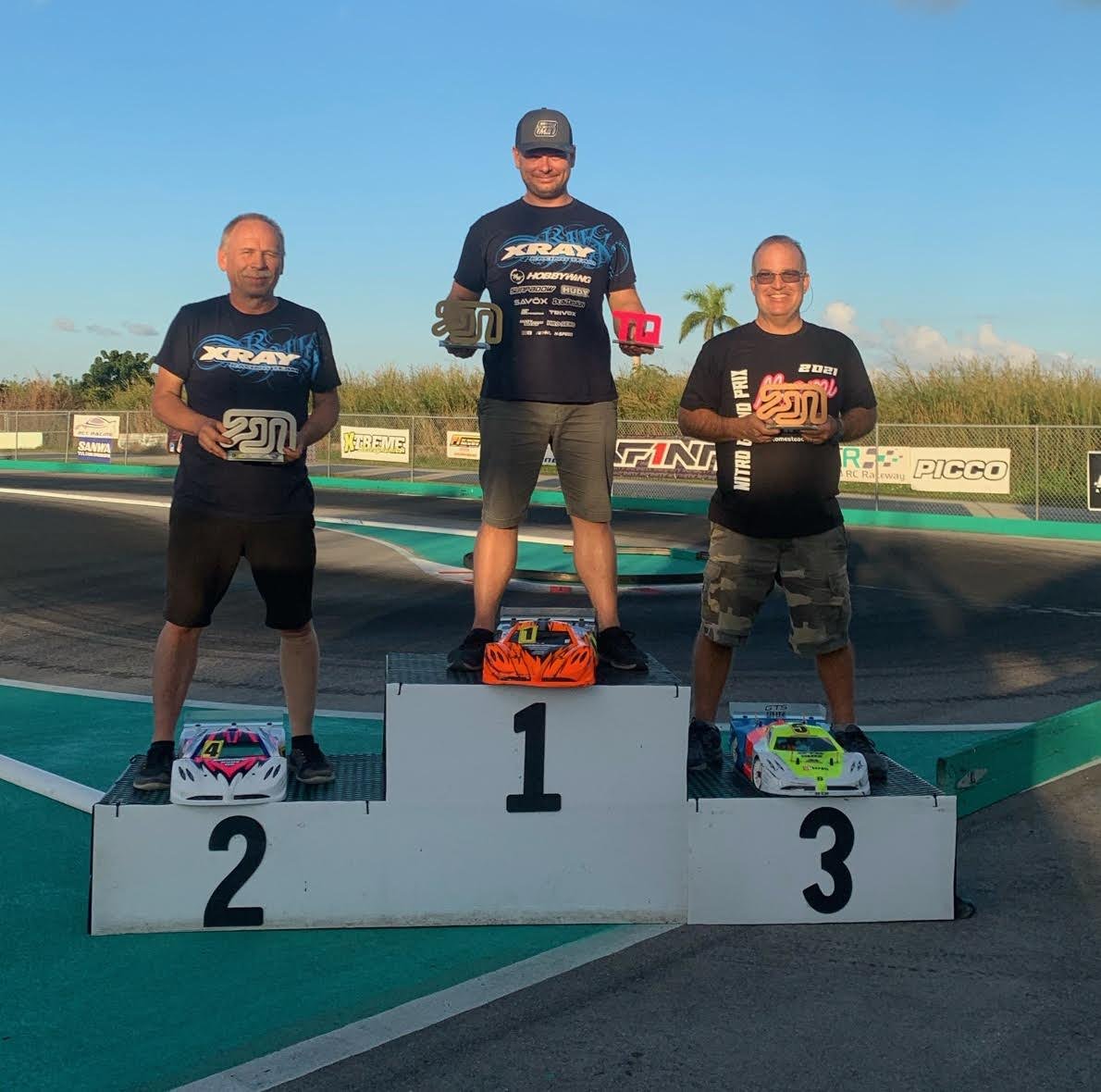