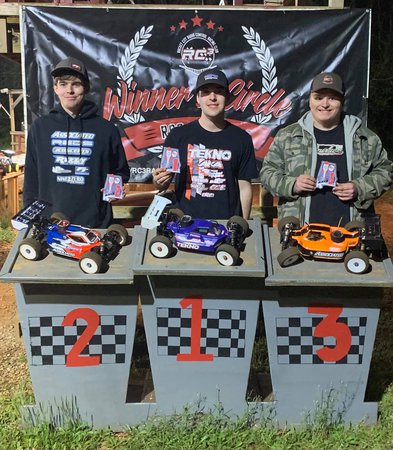 This past Saturday, Rc3 opened the season for 2021 with a bang! With around 180 entries from racers from all over the south, from Florida to Arkansas, the racing was very close in all classes.  The weather was awesome from Thursday thru Saturday with cooler temps at night to temps in low 70's during qualifiers. Race Director Ben Robbins kept the show going and moving all day and Club President Jody Schrimsher and a host of club members had the track in awesome shape.  Now onto the racing.

We had 12 different classes from 1/10 spec slash and 1/10 buggies to 1/8 buggy / truggy in both electric and nitro.  Lets start with 1/10 classes.  Team Associated driver Justin Whitcare took the 1/10 mod 2wd buggy class with TQ and 1st place in the Mains.  He also took the 2wd short course class as well with another dominating race.  In 4wd 1/10 mod buggy, local fast racer Spencer Glasgow took his TLR 22x-4 to the lead and never looked back.  Robert Dirla gave chase but could not stay on his pace.  Also young hotshot Ryder Trotter put his ride onto the podium.   Mini truggy was taken by Nathaniel Reed and 4wd short course was taken by local racer John Hutchens.

Now onto the big boys of 1/8 buggys and truggys.  After two rounds of qualifying, there was two racers that stood out.  Newly Tekno driver Cole Kasten was dominating in Nitro Buggy and in Ebuggy it was Team Associated driver Blake Boggs.  Both took TQ in there respected classes.  Now to the Mains and we will start with Nitro Buggy.  Cole Kasten put on a show with a dominating performance.  Several local racers including Jeremy Reid and Tyler Schrimsher gave chase but could not keep the pace the new Tekno driver was setting.  Cole never looked back and took the win!  In a close race to the end,  Team Associated driver Jeremy Reid took 2nd place and local privateer Tyler Schrimsher brought his Associated buggy to 3rd place rounding out the Podium.

In Ebuggy, it was tight battle at the beginning and the end.  TQ Blake Boggs made a small mistake in first lap and let local racer Spencer Glasgow gain the lead, but Blake put his head down and dug in.  He retook the lead at lap 3 and never looked back leading the rest of the way.  His Team Associated RC8B3.2E was glued to the track and was laying some fast lap times down.  In the pack however there was a fierce fight for the podium.  Spencer Glasgow,  Tekno ace Izriah Osborne , Team Associated Randy Enger and Tekno driver Drew Williams, all was fighting it out for 2nd thru 5th.  As the race worn on,  Izriah Osborne's Tekno ride was able to finish 2nd , followed by Associated driver Randy Enger taking 3rd.  Very tight and fast racing.

Other 1/8 notes,  Tyler Schrimsher took TQ in Nitro Truggy, but had issues at the first part of the Main and retired. Agama's Trevor Lund was able to mover up from his starting spot of 2nd on the grid and lead from the tone.  Great job Trevor!  He was followed by Mugen's Jody Johnson in 2nd  and in 3rd Brian Carey got on the Podium.  In E-Truggy,  Tekno's Drew Williams was unstoppable.  His Tekno truggy was on rails and he drove a clean race.  Also getting on the podium in E-Truggy was Spencer Glasgow in 2nd and Zach Barrett finished 3rd.   One other class ran also in 1/8 division,  40+ Ebuggy.  Jimmy Barrett was able to take the win.  Also on the podium in 2nd was Marty Dicus and in 3rd was Rob Heacox.  Not bad for the old folks, lol. 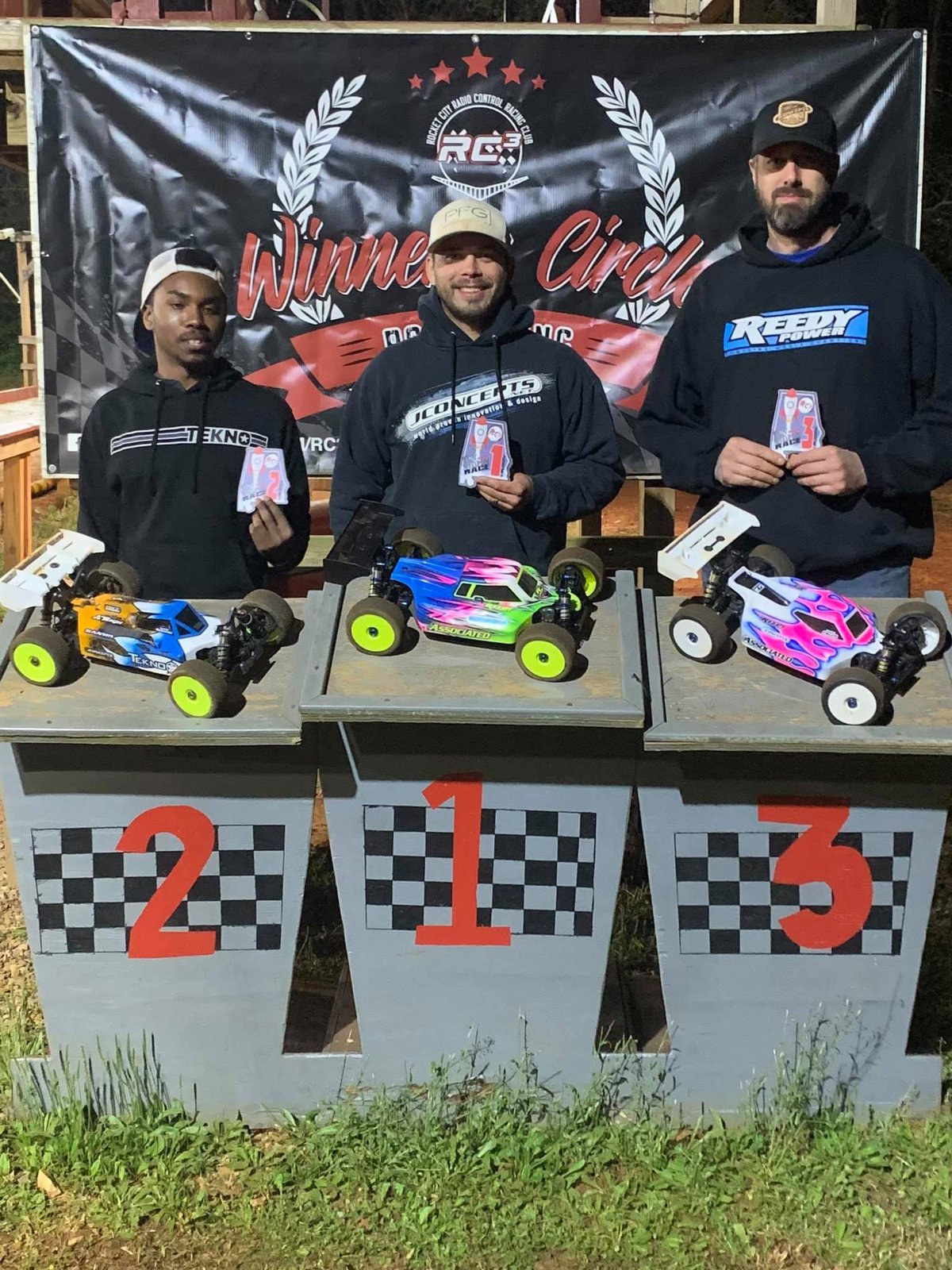 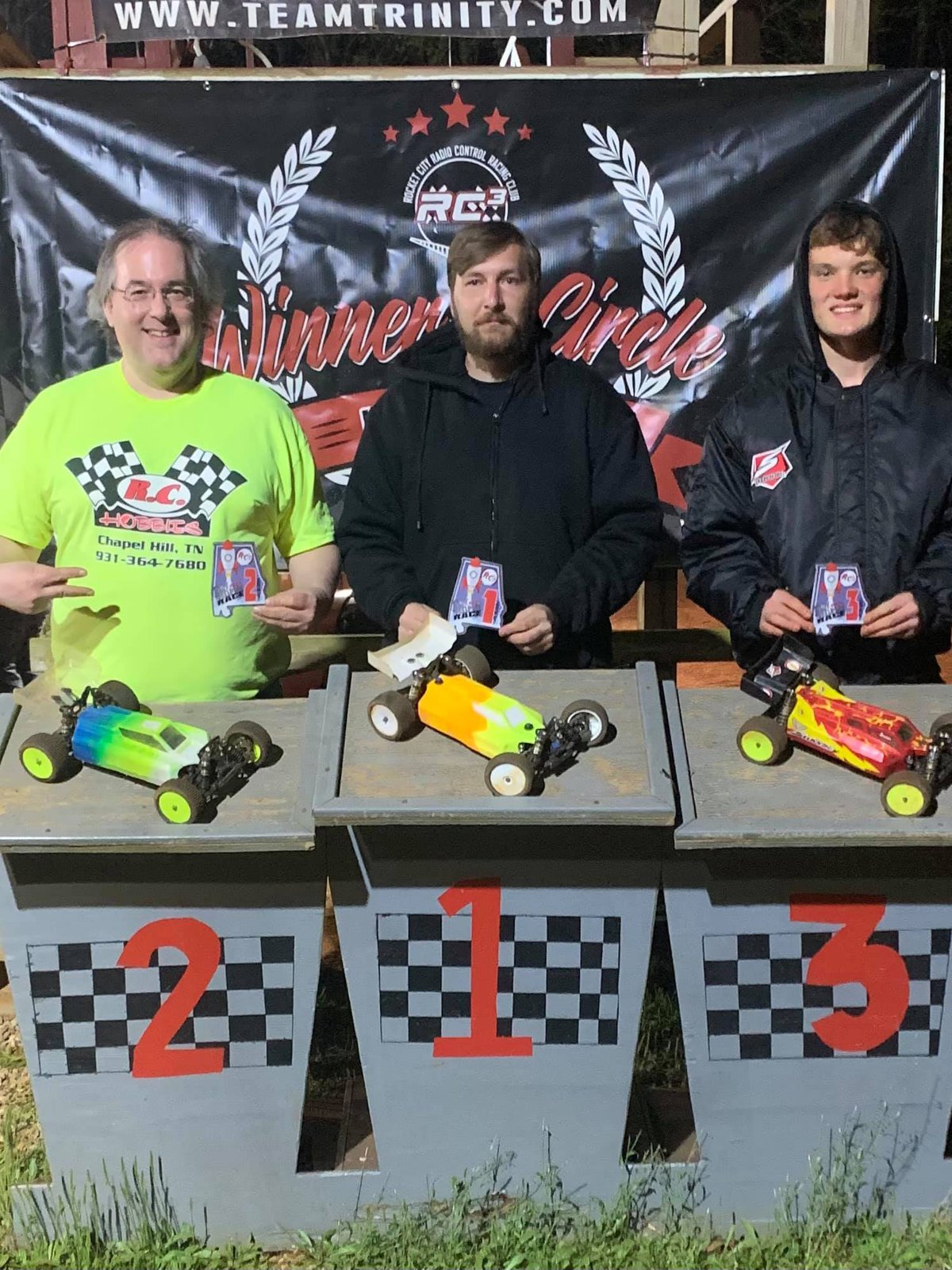 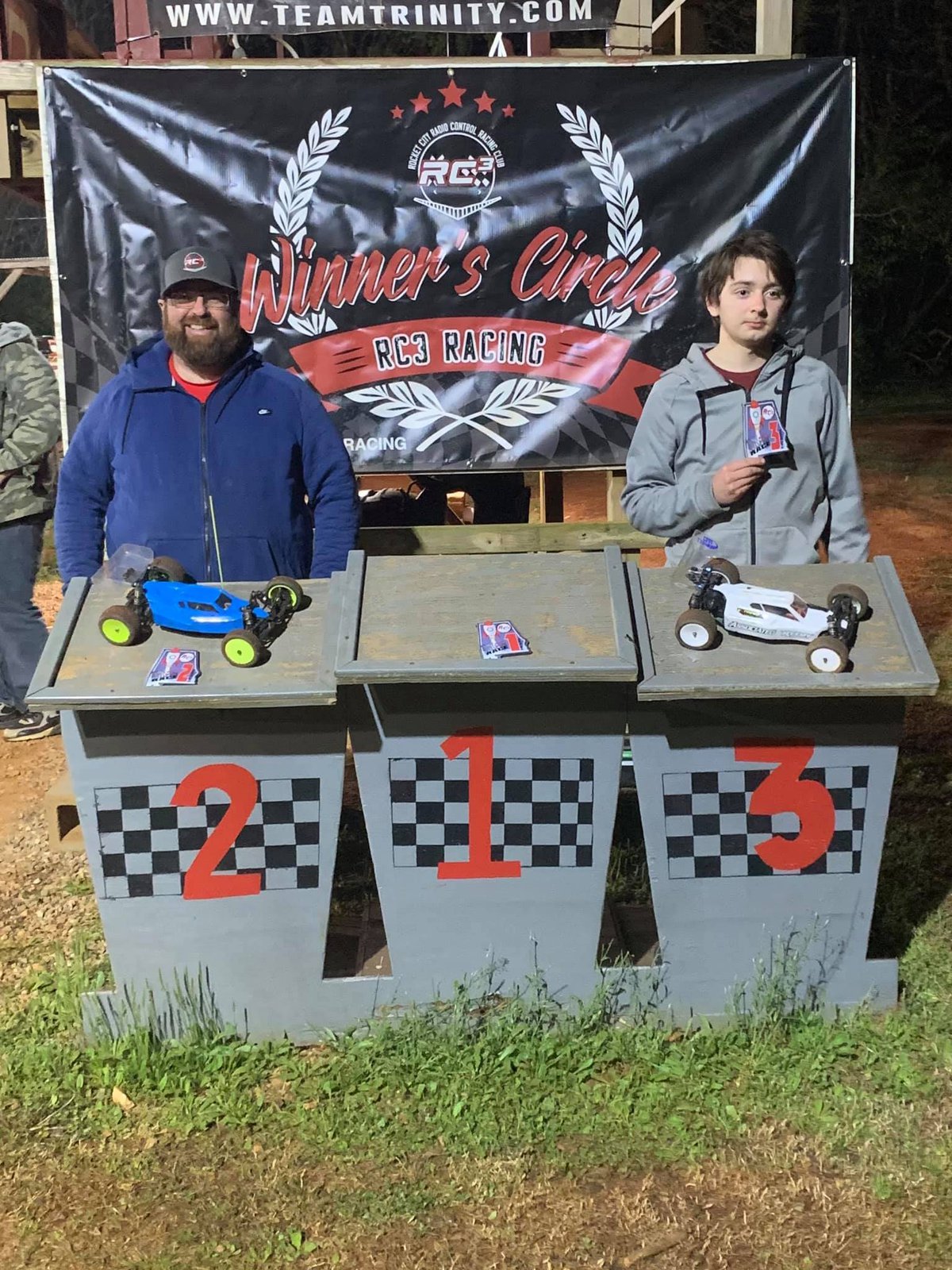 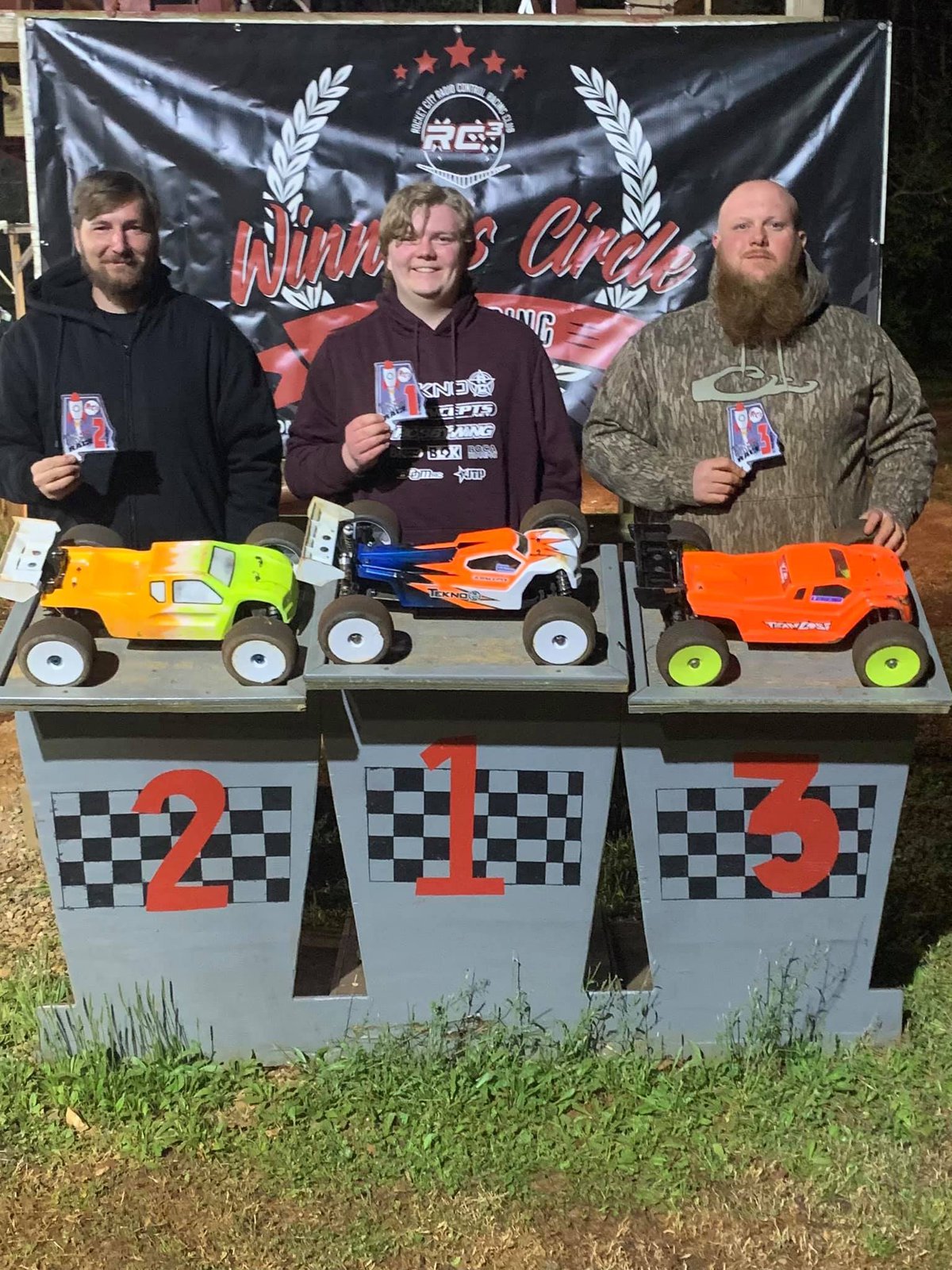 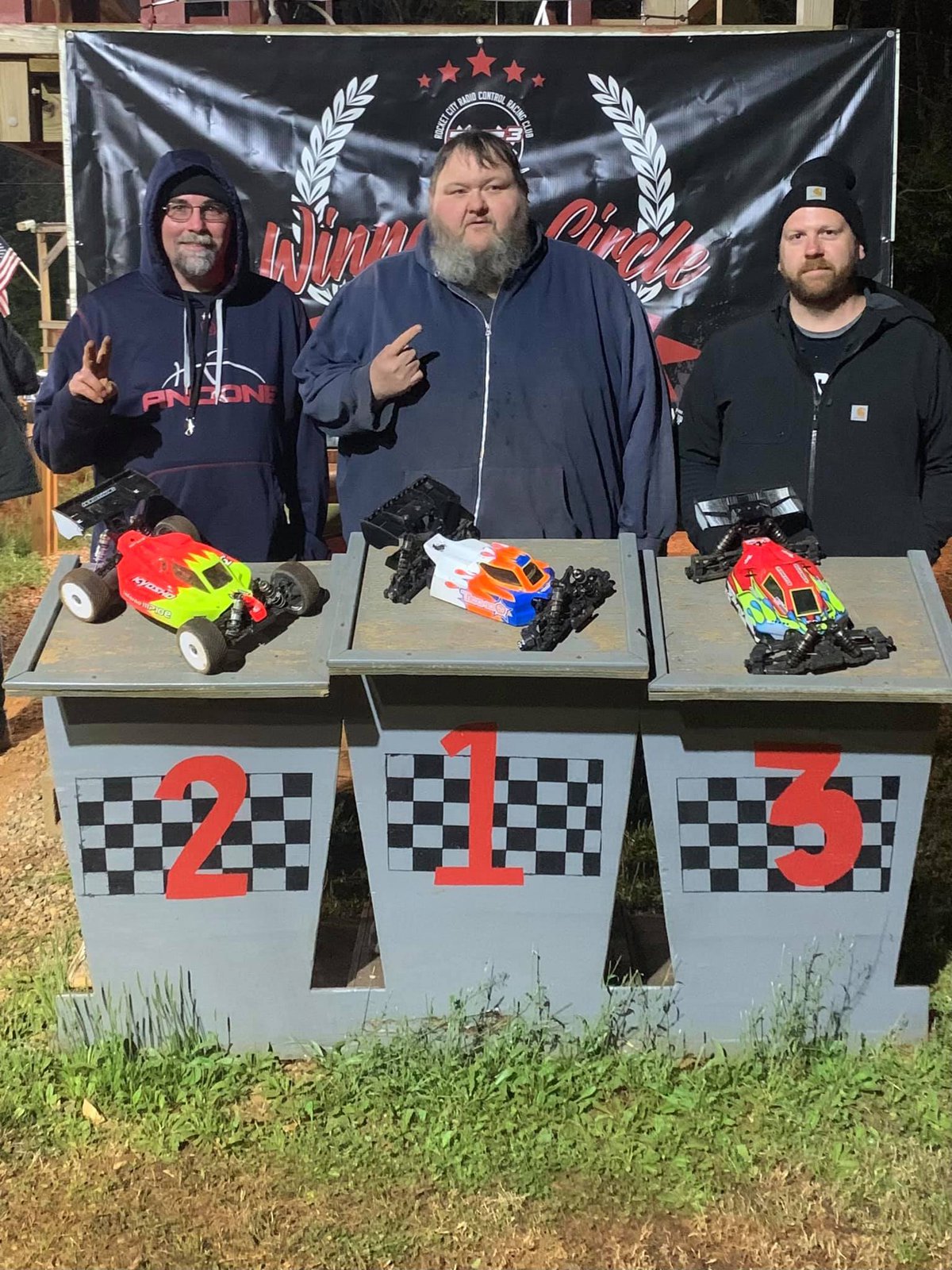 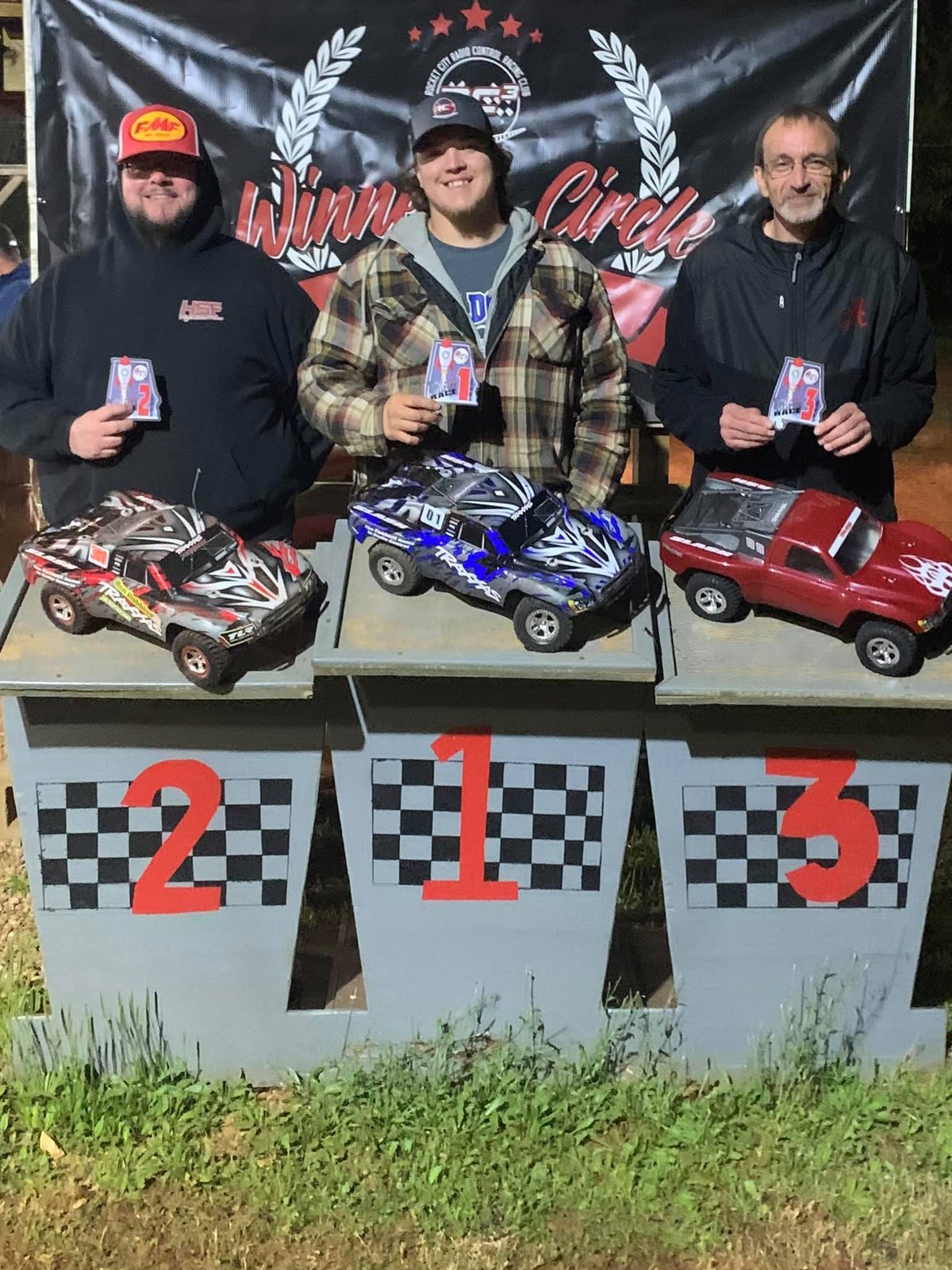 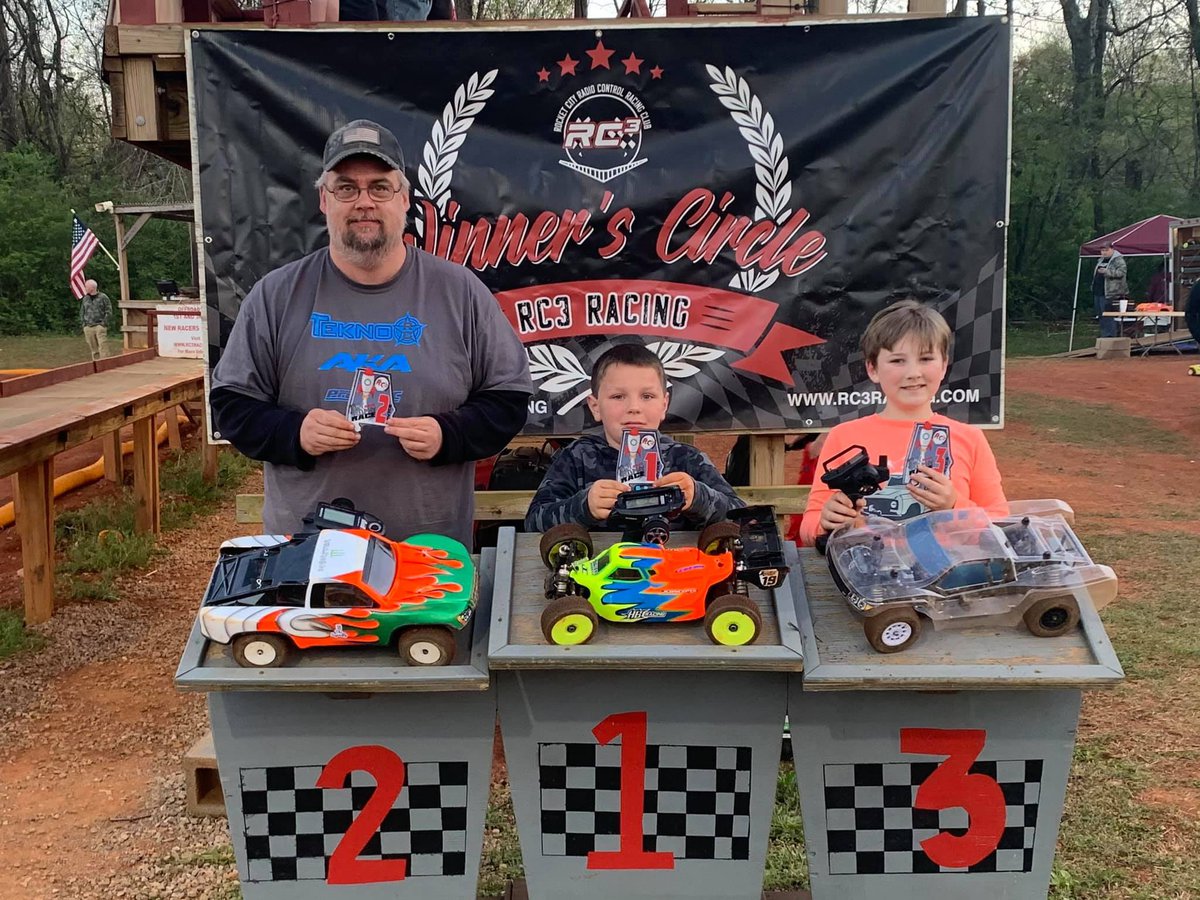 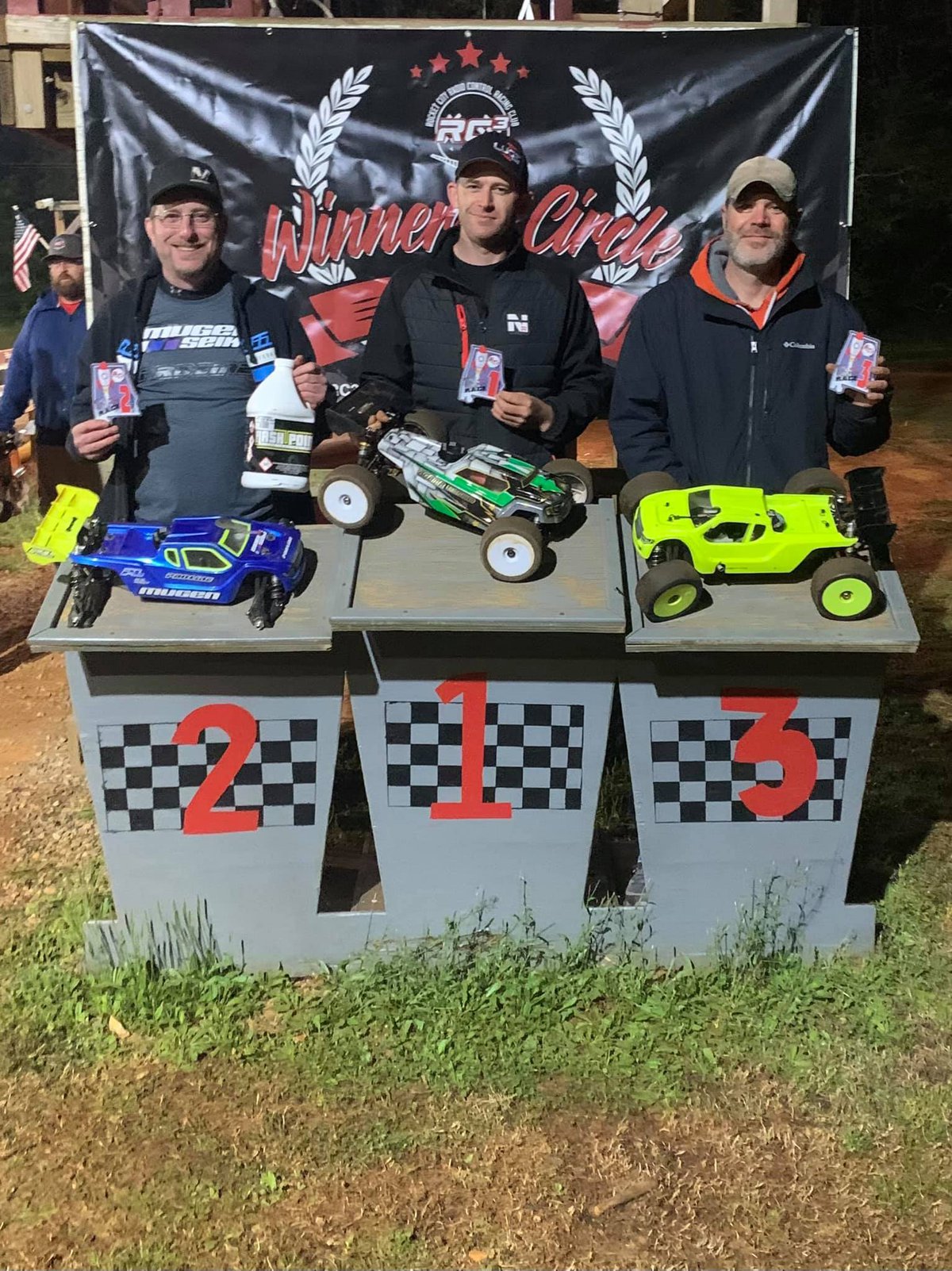 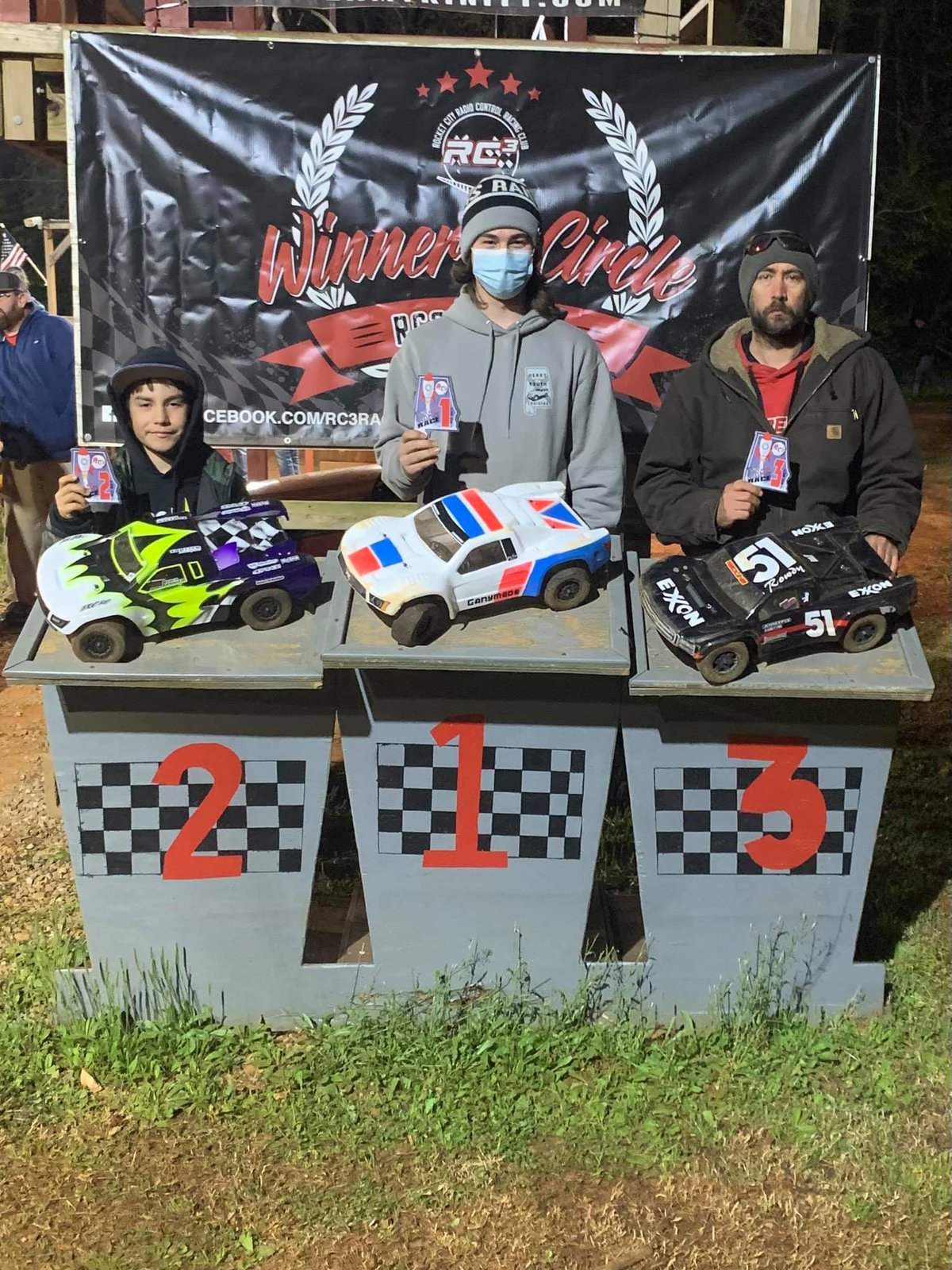 Al Ain Round Up Race Results
2 hours ago