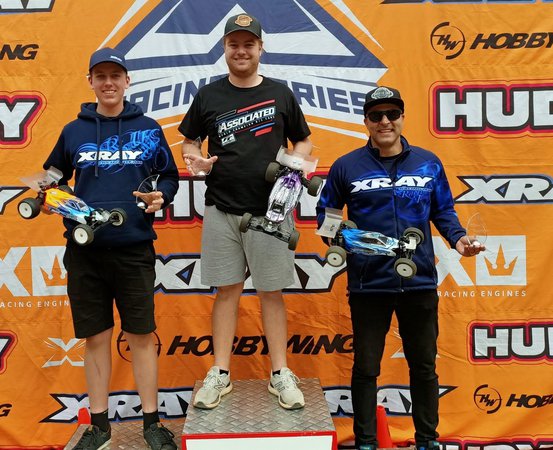 What a way to end the year!

This is a long one, so buckle up! Although we wanted to be holding nationals, we did the next best thing, the 2021 XRS! After struggles with Covid and wet weather we managed to squeeze out one last epic event before the year ends.

Before we get into the details, we must say a massive thanks to Ari Bakla. He allows us to run the event every year, and it just keeps growing. His generosity allowed us to give away $4000 worth of prizes. There was plenty of prizes from major brands like Proline, Hudy and XRAY. Almost everyone walked away with something, which is a massive bonus for all those who attended. So, make sure when you see Ari next you thank him for what he has done for our club and the hobby in general!

Although we had good weather on the weekend, we couldn’t escape it on practice day. So not much on track action was had, but there was some serious bench racing happening in the pits, that’s for sure!

2WD day was overcast, and the rain overnight washed all the molasses off the track, presenting a slippery and challenging surface for all competitors.

2WD stock is always competitive, and after 4 rounds of Qualifying, it was the big man Bradd Vercoe taking pole position for the finals, with Chris Milton not far behind. The racing in the finals was epic, with some serious battles happening in every final. Dallas Gardiner stunned everyone, winning the first two finals from 4th position on the grid, demonstrating that consistency is more important than outright speed. Pole man Vercoe finished up second, and Cam Sautelle rounded out the podium.

2WD mod saw in impressive display of driving from the fast locals, Matty Couper, Lachlan Donnelly and Ari Bakla. With Lachlan getting the overall TQ, it was set to be some good finals. The finals proved to be just as exciting with Lachlan having pressure in every final. He took A1 by 3 seconds over Ari. A2, come down to the wire, with the Victorian import Jordan Isergin pressuring Lachlan for the whole race, finishing only half a second behind as they crossed the line! This handed Lachlan the overall win for 2wd mod. In a show of Dominance, Lachlan ran A3 and had a comfortable 6 second win. What a way to cap off an impressive day of driving. Jordan Isergin finished second, with Bakla rounding out the podium.

Stadium truck was the serious class for the day, with Matty Couper taking TQ in the first three rounds to take pole position for finals. Matty took the win easily in all three finals, and even did some backflips, much to the enjoyment of the crowd, on his way to winning. Ben Cribbin and Bradd Vercoe joined Matty on the Podium.

4WD (And Junior) day saw the sun show up and allowed for a nice groove to form on the racing lain, helping to produce some epic races!

2WD Junior was awesome to watch all day. These Future stars really showed their skills across the day. We had a total of 23 juniors contest this event! It is so cool to see the future stars battle it out in some super clean racing! Local hot shot Sam Muffett took the TQ position from Angus Blaney and Lachlan Williams. Heading into finals, it would be these three drivers to watch. Sam took the win in A1, with Angus in second. A small mistake from Sam in A2 allowed Angus to take the win. This sent it to the A3 decider! And what a race it was! Sam too the early lead, but Angus was never too far off the back, just needing a mistake to get by. Sam made a small error, handing the lead to Angus, who kept his line tight for the remainder of the race, with Sam trying whatever he could to get past. The win in A3 gave Angus the overall victory, with Sam in second and Lachlan Williams rounding out the podium.

4WD stock is always super close. The similar speed of the cars allows for some intense racing! Local fast guy Chris Milton took out TQ position, with 2WD champ Dallas in 2nd and first time 1/10th racer Michael Stone in 3rd. Milton took the win in A1 with a comfortable gap back to second place. A2 saw Chris make a mistake early, and he had to battle back through the pack. Dallas took advantage and grabbed the win in A2 by just over a second from John McMillin. A3 saw Chris make another early mistake, allowing Gardiner and Stone to pull away. He never gave up though and got back up to second with a handful of laps remaining. On the penultimate lap, Gardiner made a mistake, allowing Milton to get by, and take the win. It was a seriously good race to spectate!

4WD mod is always impressive to watch. Super close racing decided by 10ths of a second is the norm, and this event was no different. Throughout qualifying the top 4 cars of Jordan Isergin, Ari Bakla, Matty Couper and Lachlan Donnelley were separated by less than 1/10th of a second at points. Every qualifier was decided by less than one second! Giving everyone a taste of what was to come in finals! Ari was the man of the hour, taking TQ over Couper and Isergin in 3rd. All three mod finals were decided by less than half a second! Ari Got away clean in A1 with Couper and Isergin hounding him for the whole race. These three drivers were inseparable for the whole race! Ari got the win by 2/10ths over Jordan, with Matty half a second behind! A2 saw the XRAY battle resume, with Jordan and Ari repeating the feat of A2, finishing 1/10th of a second apart at the end! Ari getting the victory to wrap up the overall title! A3 didn’t disappoint either, with Lachlan finding some speed, challenging the XRAY boys for the win. He’d get past everyone and end up being pressured by Jordan who again missed out on the win by less than half a second. Thus, the podium was Bakla, Donnelley and Isergin.

And that’s it! Another year, and another successful running of XRS. We cannot thank all the competitors enough for attending. You guys make doing this worth it! Again, massive thanks to Ari Bakla for the continued support of this event! It is always a massive success, and this year the bar was certainly raised! 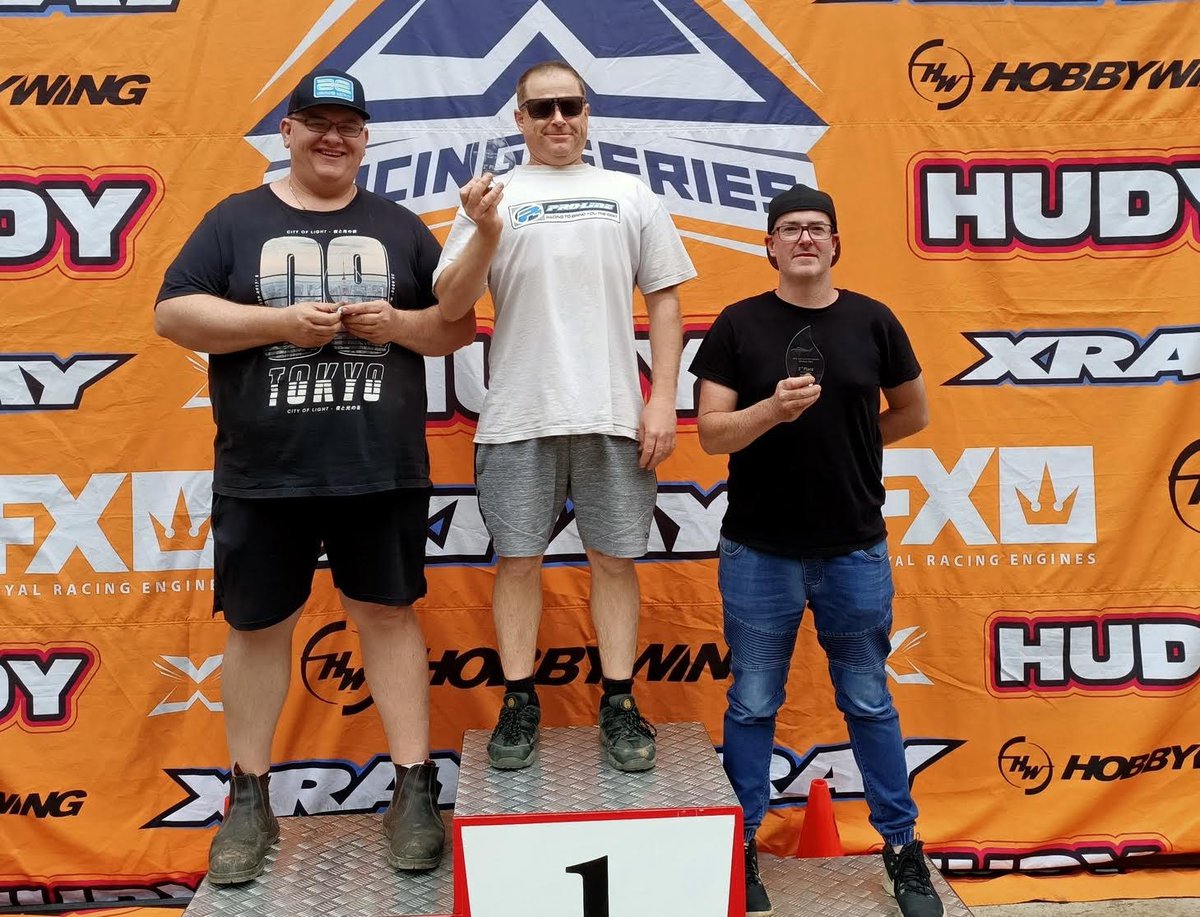 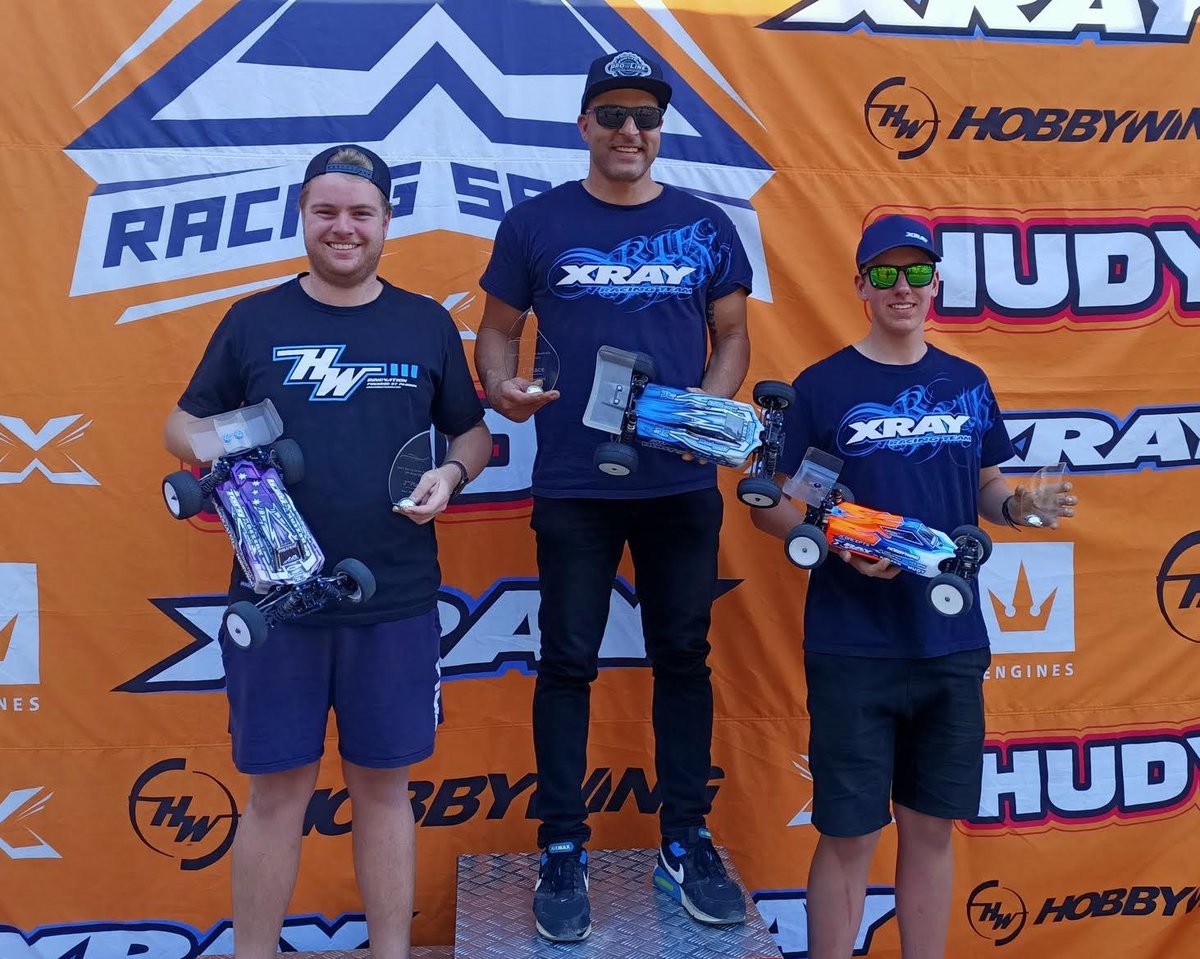 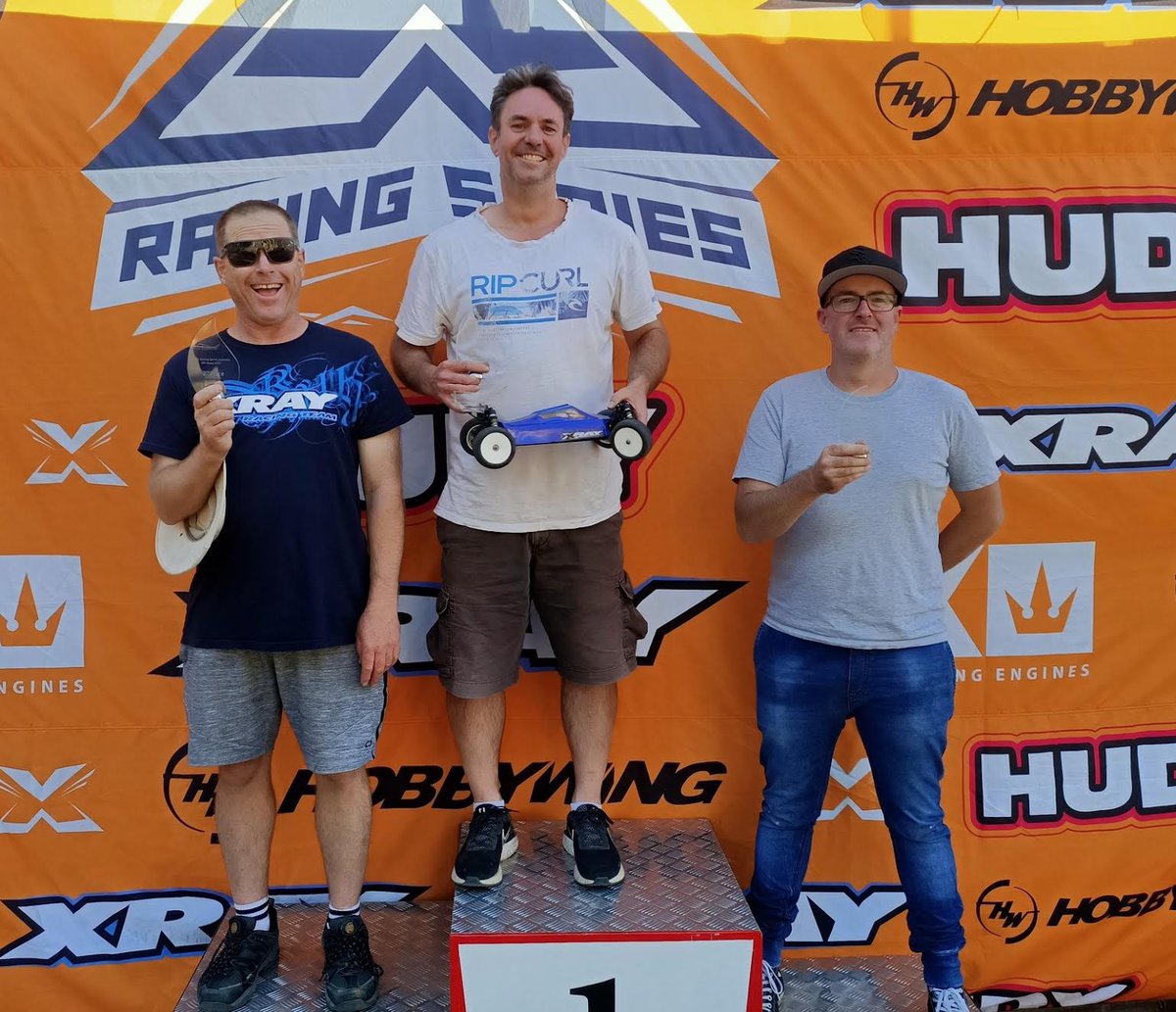 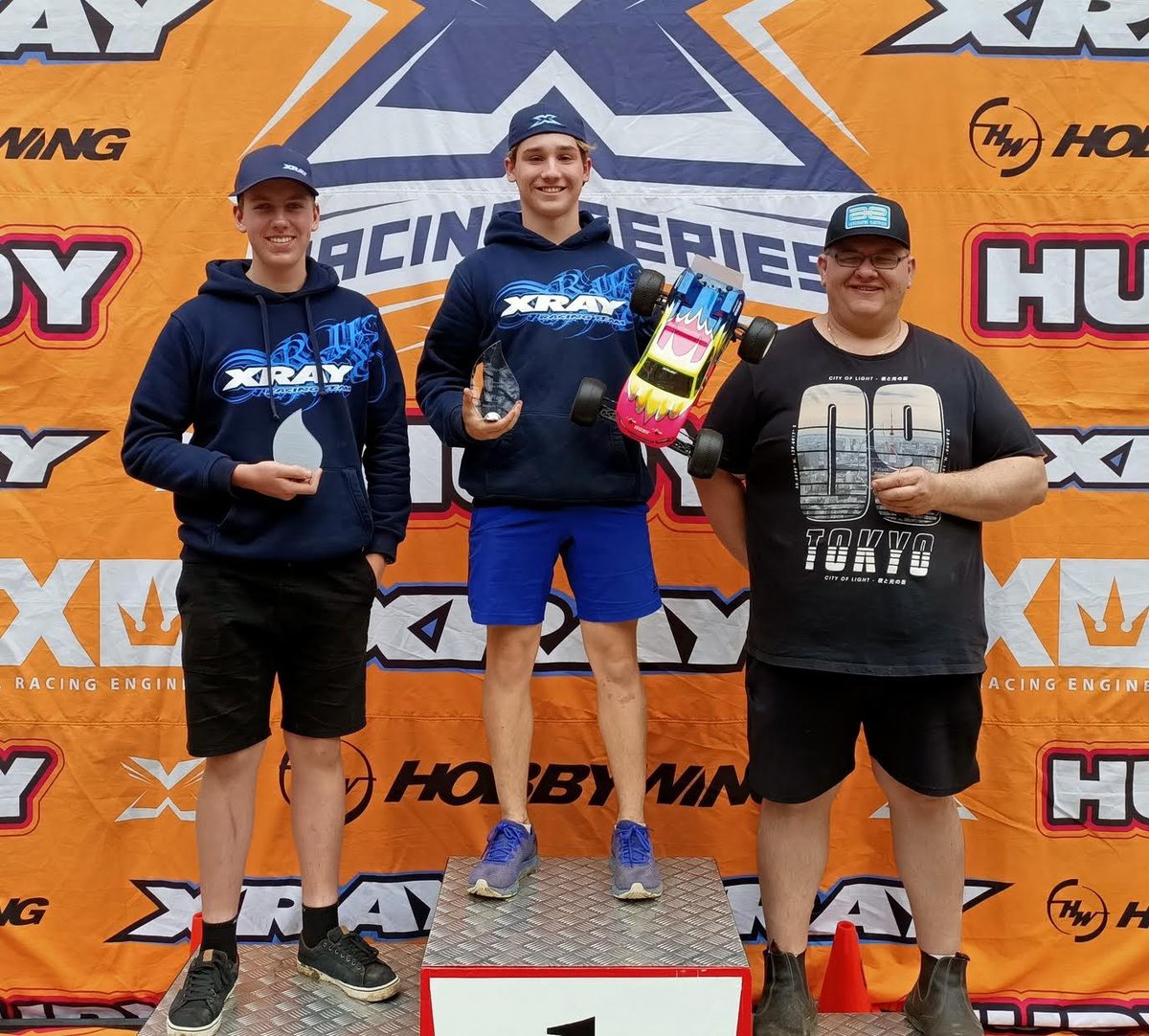 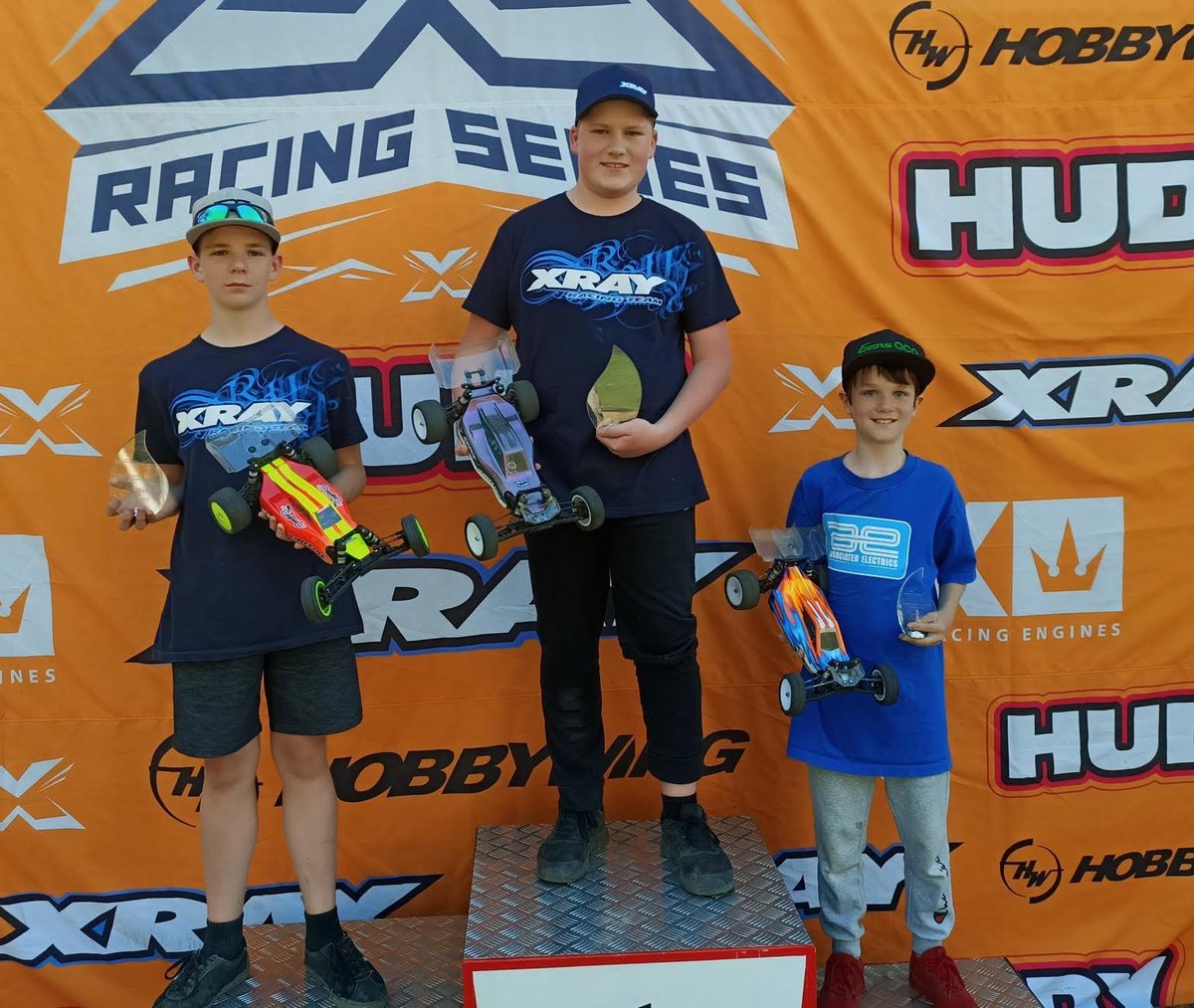