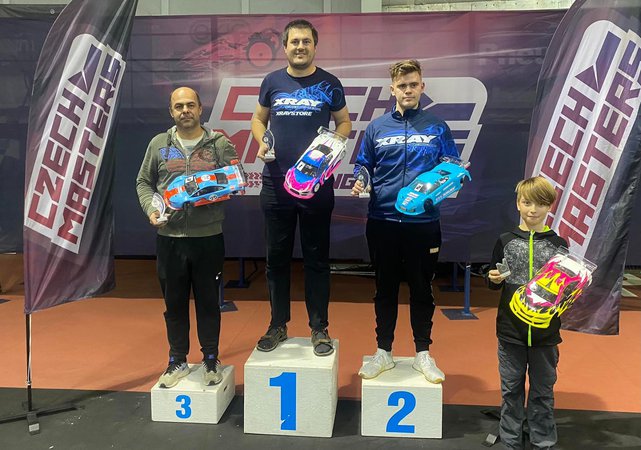 Czech Masters Series Round 2 took place on the last weekend in Prague. The organizers built a difficult track, with many different sections in it.

On start was 76 cars in 7 categories. Main categories was Modified, Stock, Formula, 1/12 pan car, World GT 1/10 pan car. There was also many drivers from different countries.

From beginning I know, that fight for win will be between me and Adam Izsay. I made less mistakes in qualification and get TQ.  Big surprise was third place, which get Michal Kneys and beat faster guys. He drove very clean and on that hard track it pays off.

I expect hard finals, but mistakes again decide. I won first final, Adam made mistake. In second, I made mistake just after start and then I was able to get to 2nd place from the last. In third Adam had some problem with esc and he had to stop.  I went safely for victory.

Car went perfectly and I can say, that Adams car was fast and works really good too. During day I try some changes and I learn how it affect handling of the car. The setup window of the car is big and it is enjoy to drive with X4 car.

In stock class it was the show of Simon Horak who took the TQ and then won the race closely followed by Maty Knopp who drove well all race long. Both of them used the new XRAY X4. 3rd place was Dominik Vlasek. 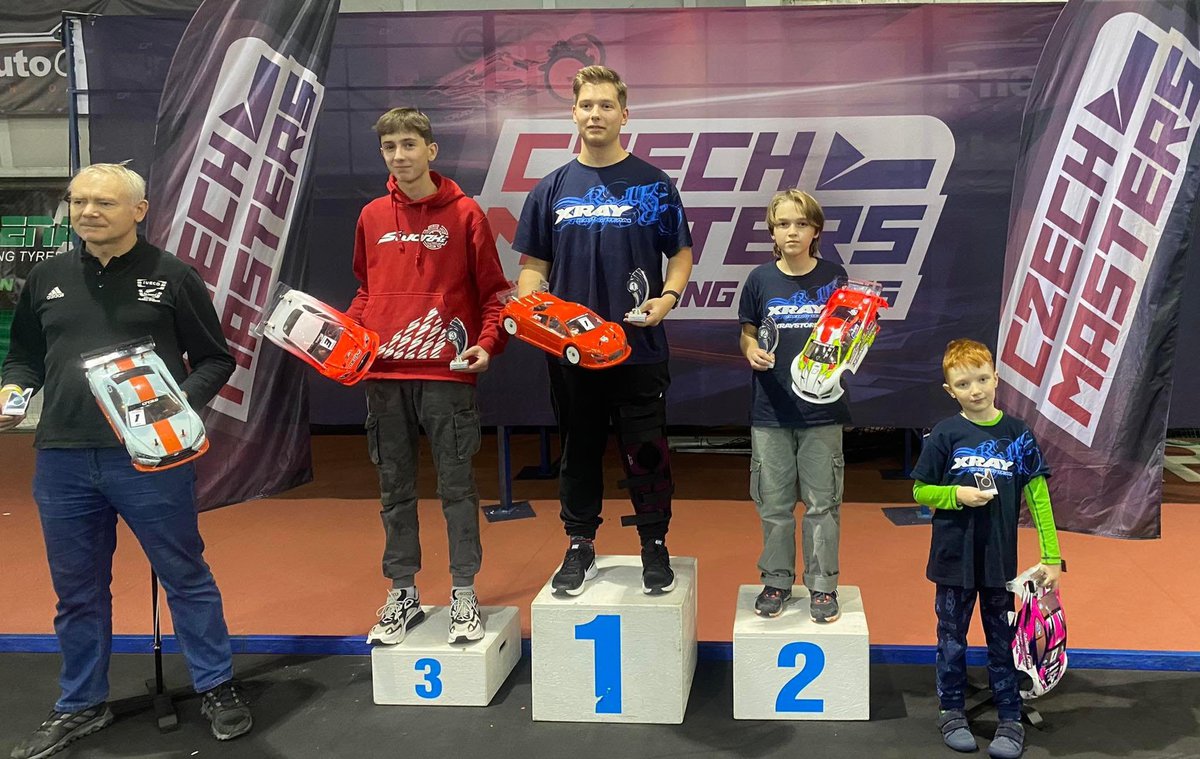 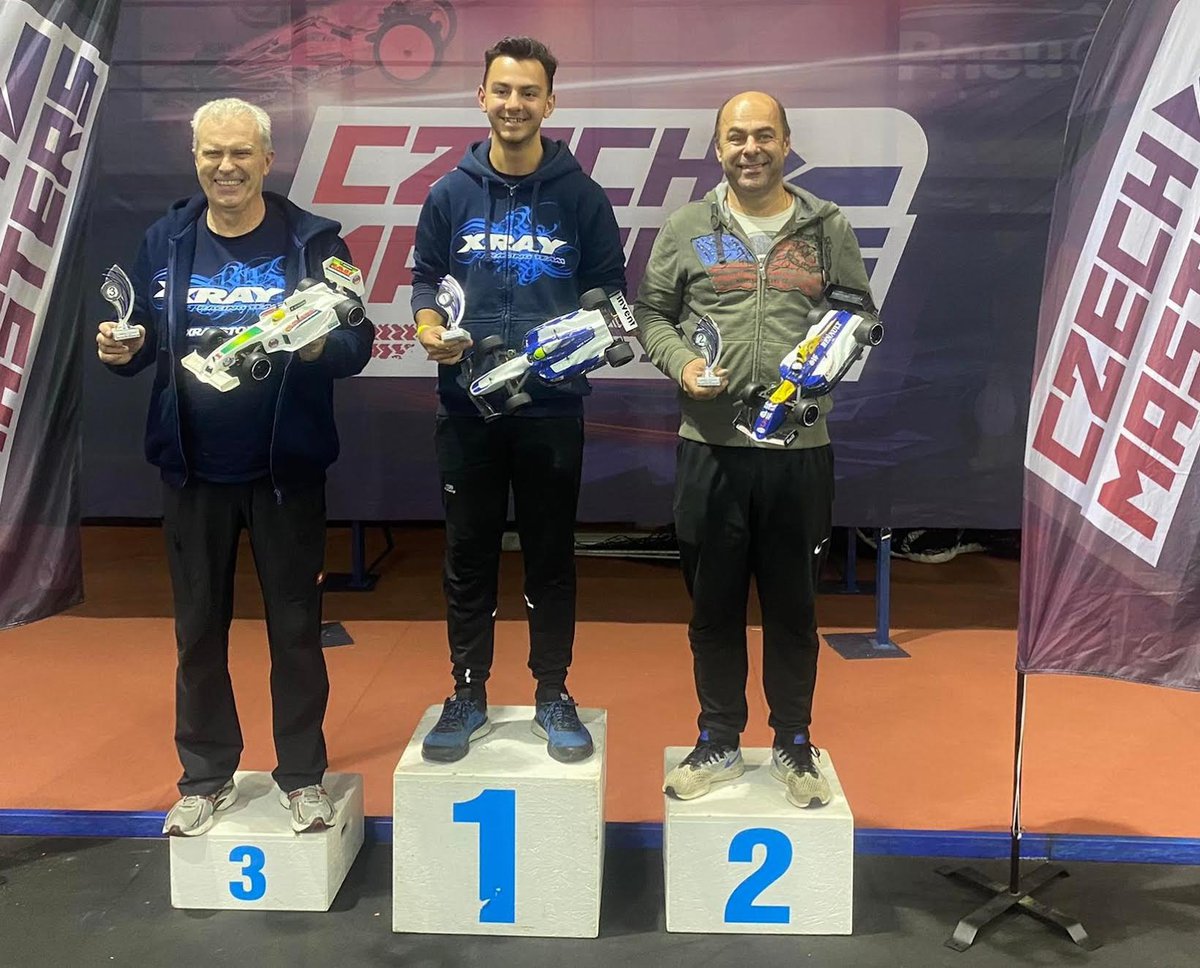 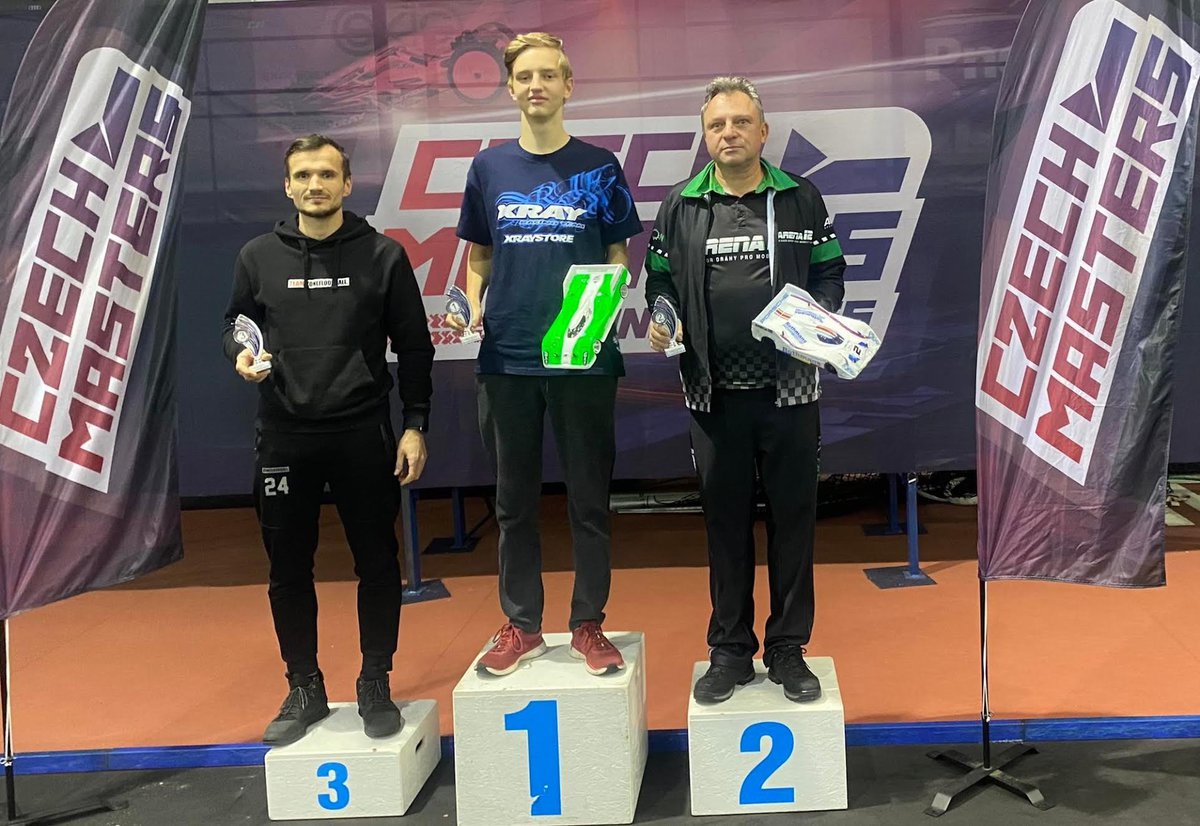 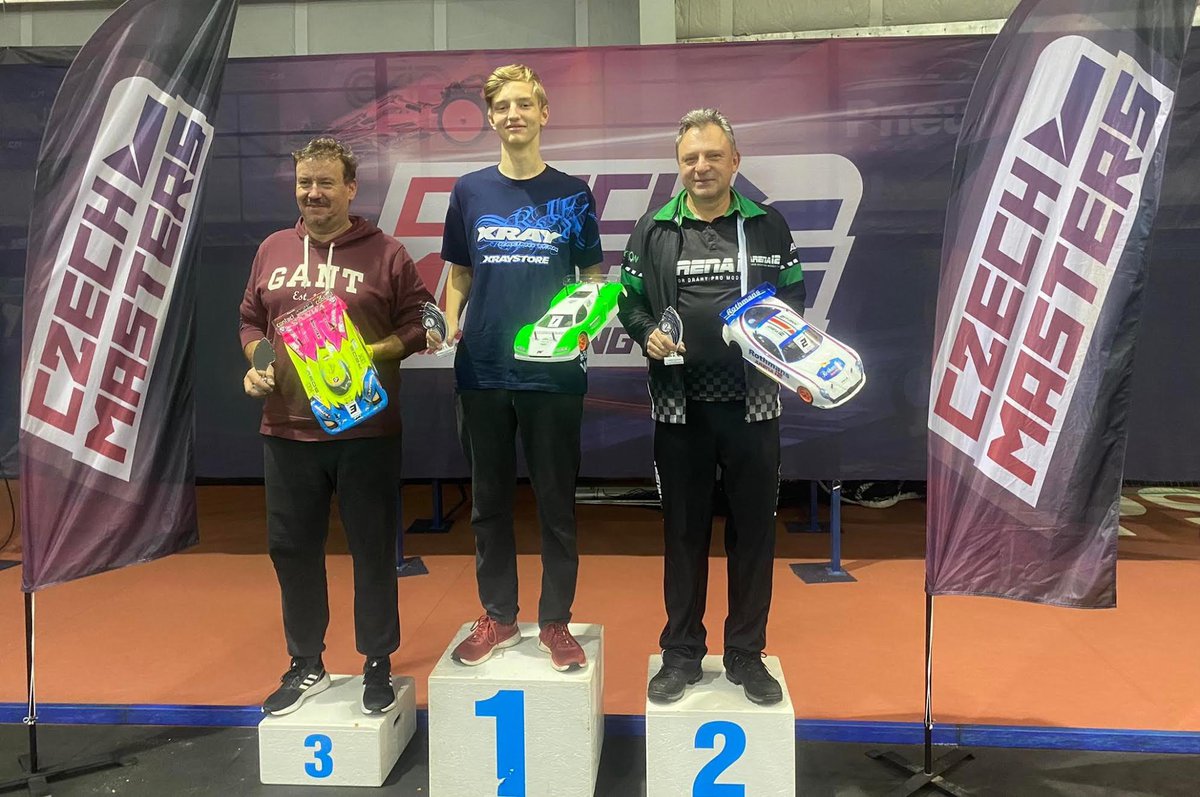