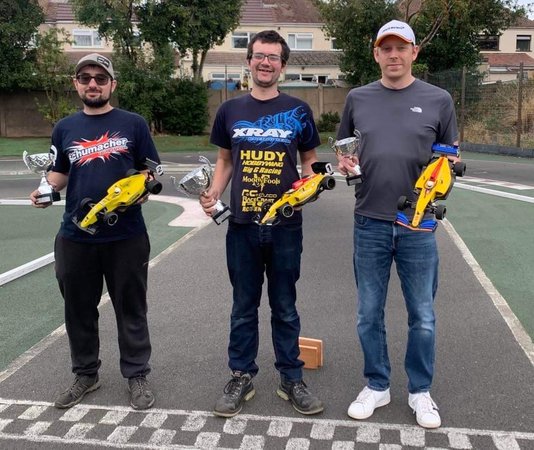 Last weekend was the final round of the F1 nationals, having already won the championship nothing was at stake except the pride of another race win

The Saturday test day went well, the car was super-fast, setting times very close to the lap record of the track for F1

Sunday morning the track was damp after some early rain, in the practice round I ran the wet car and it performed well - but fortunately that was the only time it was needed all day!

Qualifying rounds 1 and 2 were very good, no problems on track and I took both round wins Round 3 of qualifying I got caught in another cars crash at the fastest point of the track, this lost me a lot of time and also made the car handle a bit off, because of this I dropped to second in the round

Winning this meeting gave me a full unbeaten score in the championship, and the result means I won all 15 legs of finals I started this year!

Congratulations to Michael in P2 and to James for taking P3 in the championship with his XRAY also, it’s been great working with him to improve us both this year.