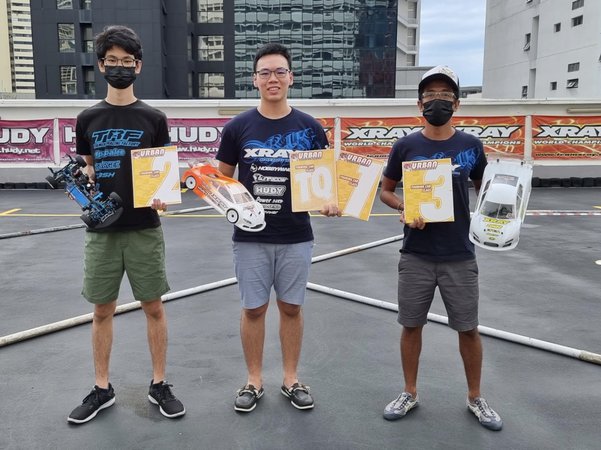 Round 4 of the Urban Touring Series was hosted this past weekend. A smaller turnout than usual with some of the top racers busy with other commitments but it was a fun and competitive event nonetheless.

As always, our XRAY Singapore team was present in full force. We had a strong showing in qualifying, with myself lining up in TQ after winning the first two rounds of qualifying. Zaccheus Lam qualified second with an aggressive tire strategy, TQing the third and final round of qualifying to line up on the grid just ahead of Esmail Apandi in third. Danny Lim took his X4 to fifth spot, extending his run of A-main appearances, while Joe Lam finally managed to make the A main, securing the sixth and final direct A-main qualifying spot.

During the bump up final, my dad HJ Quek was leading and in prime position to bump up into the A main, but an unfortunate mistake ended his chances. Eric Choo bumped up and once again made the A main, making the X4 the most represented car once again with 6 of the 8 cars in the A main being X4s.

The finals went smoothly for me, as I was able to wrap up the victory early with wins in A1 and A2. An unfortunate tangle between my teammates in A3 meant that they would finish third and fourth overall, with the other X4s finishing in fifth, sixth and seventh overall.