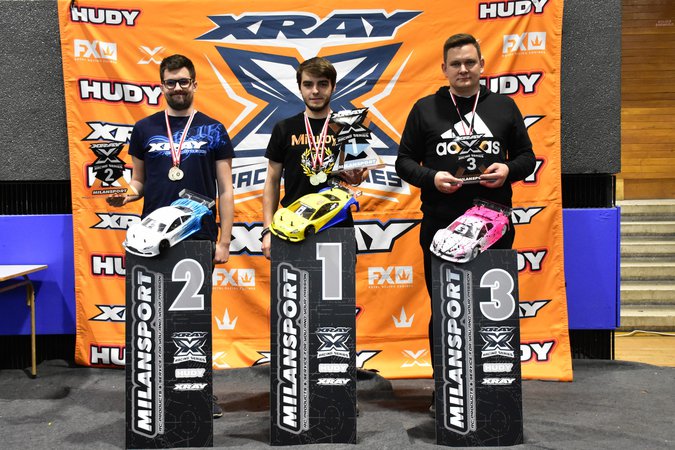 The past weekend we had the Final Round of XRS Milansport Poland and the Open Polish National Championship 2021/2022. We had 85 cars on the event that took place in Zawadzkie City in Poland. On Friday it was practice day, Saturday qualification and on Sunday Final rounds.

In TC Stock 13.5T fight for the TQ was between Lukasz Mach and Arkadiusz Smyk, both of them tried to do the best times possible. But in the end Lukasz took the TQ, Michal Wojcik decided to join the fight in Stock with good result managing to keep up with the two fast drivers and placing his car on 3rd spot for the Finals. Arkadiusz managed to take the A1 but it was Lukasz who won A2 & A3 taking the overall Win. Michal finished all 3 finals on 2nd spot but that one win from Arkadiusz didn’t allow him to get on 2nd spot and had to settle with 3rd place.

TC Modified it was a fight for the second place as Jakub Michalski was unstoppable, as the only one who managed to make 26 laps took the TQ and all A-mains. Michal Wojcik started in finals from second place and was keeping it, Mateusz Bania was trying to keep up after Michał but in the end he was out of range.

In formula class we seen some great fight and clean runs. Drivers showed some skill how to control a 2wd car on rubber tires. Tomasz Malkiewicz and Michal Wojcik fighted for the TQ but it was Tomasz who managed to take it. In the Finals Tomasz was able to start smoothly and make a big gap. Behind him it was a fight for second place between Michał and Rafal Zeljas. Tomasz took the overall win and Michał was able to keep his second spot.

FWD class had its first full carpet season in Poland and many liked the class. This class will grow in the near future. As this class is new we didn’t have it in the National Championship category.

In this class Mateusz Bania was the fastest one as the only driver in FWD that made 24 laps in Finals. As Mateusz had the TQ it was a fight for the second starting grid between Michal Bugajski and Szymon Czech, but it was Michał who managed to get the 2nd spot right behind the leader. A1 had a hard start with an accident on the first corner where the leader been pushed down to the last place, Szymon was able to pass the crowd and was in the lead. Mateusz showed great speed and managed to build up his position from last to the first where he passed Szymon on the last lap taking the A1. Mateusz also wan A2 and A3 taking the overall win, Michał was able to protect his 2nd place from Szymons attacks.

1/12 pan car as the fastes class on carpet been dominated by the new comer to this class Jakub Michalski. After many years of experience in TC Modified he was able to keep the speed with the experience drivers. Jakub dominated qualification, taking the TQ and winning all final rounds. Arkadiusz Smyk as the leader in the XRS season was defending his 2nd place. Jakub Klapacz was able to take the 3rd spot.

The 1/12 GT class was a XRS class so also not counted in the Nationals. Having a full group was hard to keep up what was going on the track. Przemysław Wicher was the fastes one who took the TQ, won all 3 finals and made 39 laps. Piotr Blazucki was trying to keep up with him but it was hard. Szymon Czech was able to keep up behind Piotr and he wasn’t able to pass him.

And the Truck class as the XRS Milansport class was fun to watch. With 9 cars on the grid it was a great fight and all the time changing positions. Dominik Wasikowski was able to win the race in front of the season leader Aleksander Spyra who finished the race on 2nd place. Lukasz Koziol was able to finish the race on 3rd place. 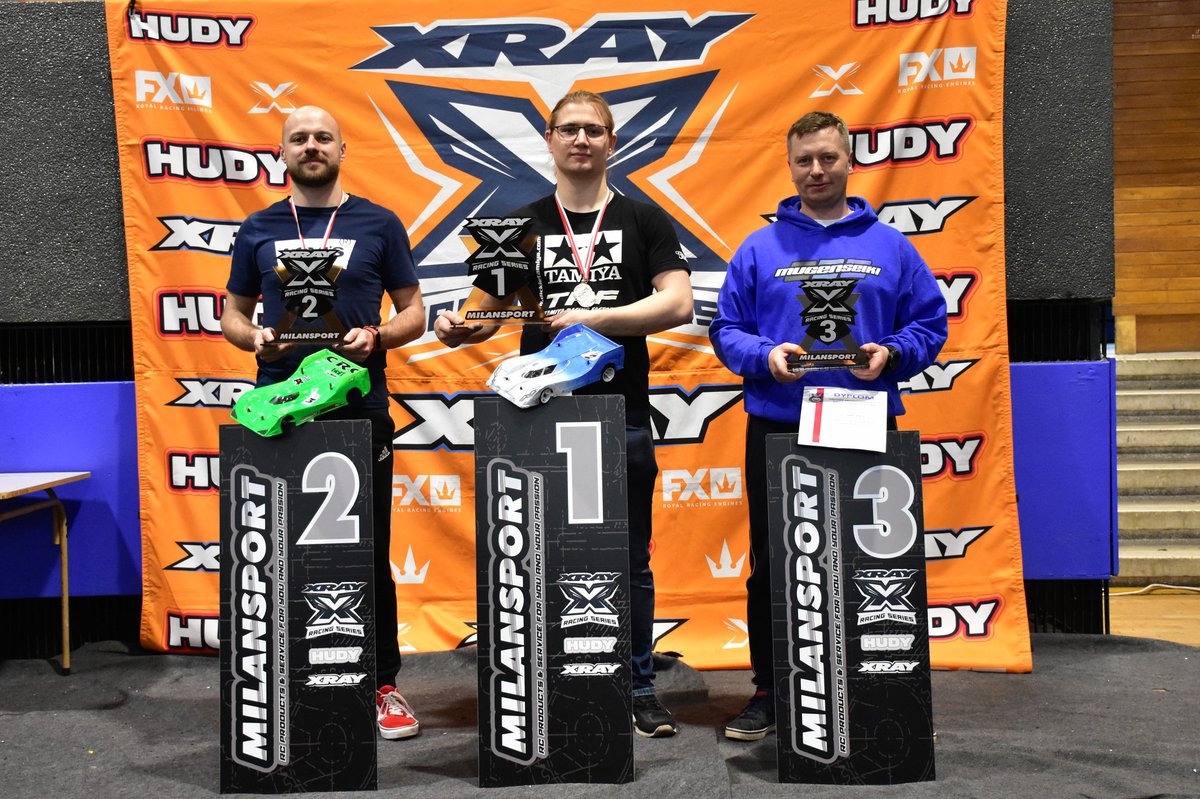 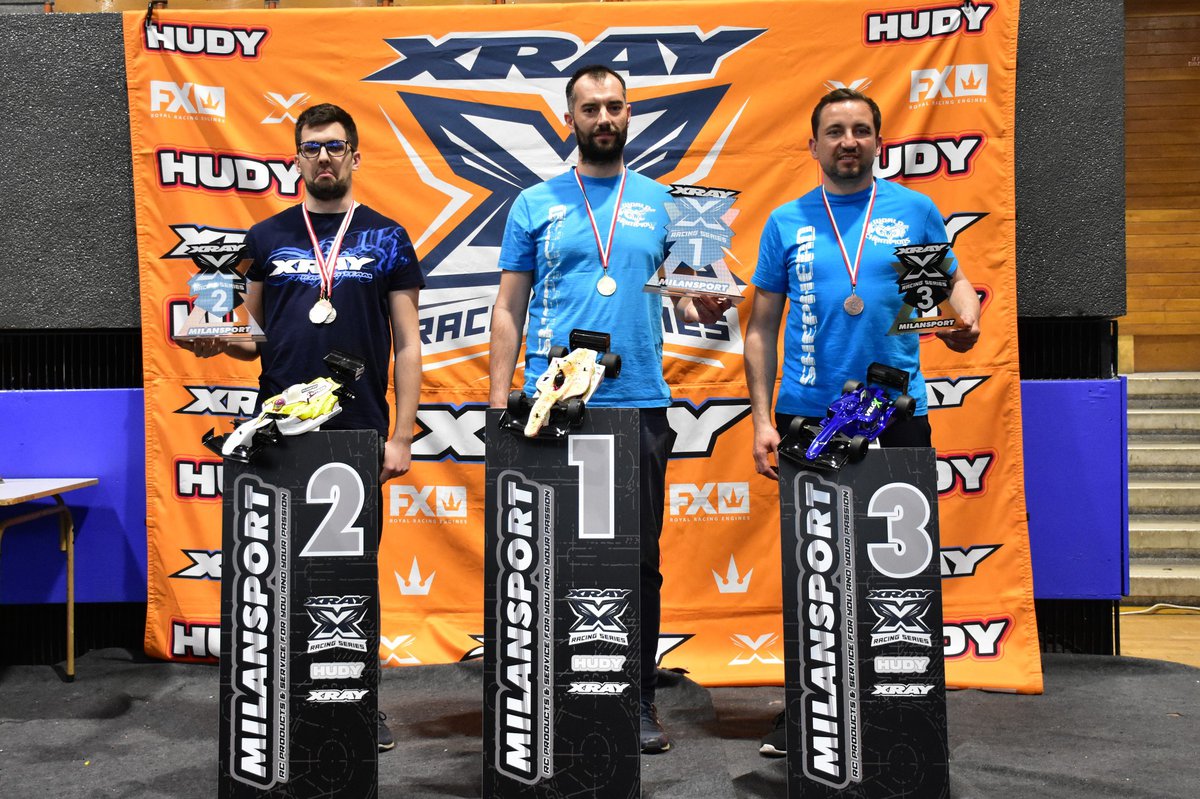 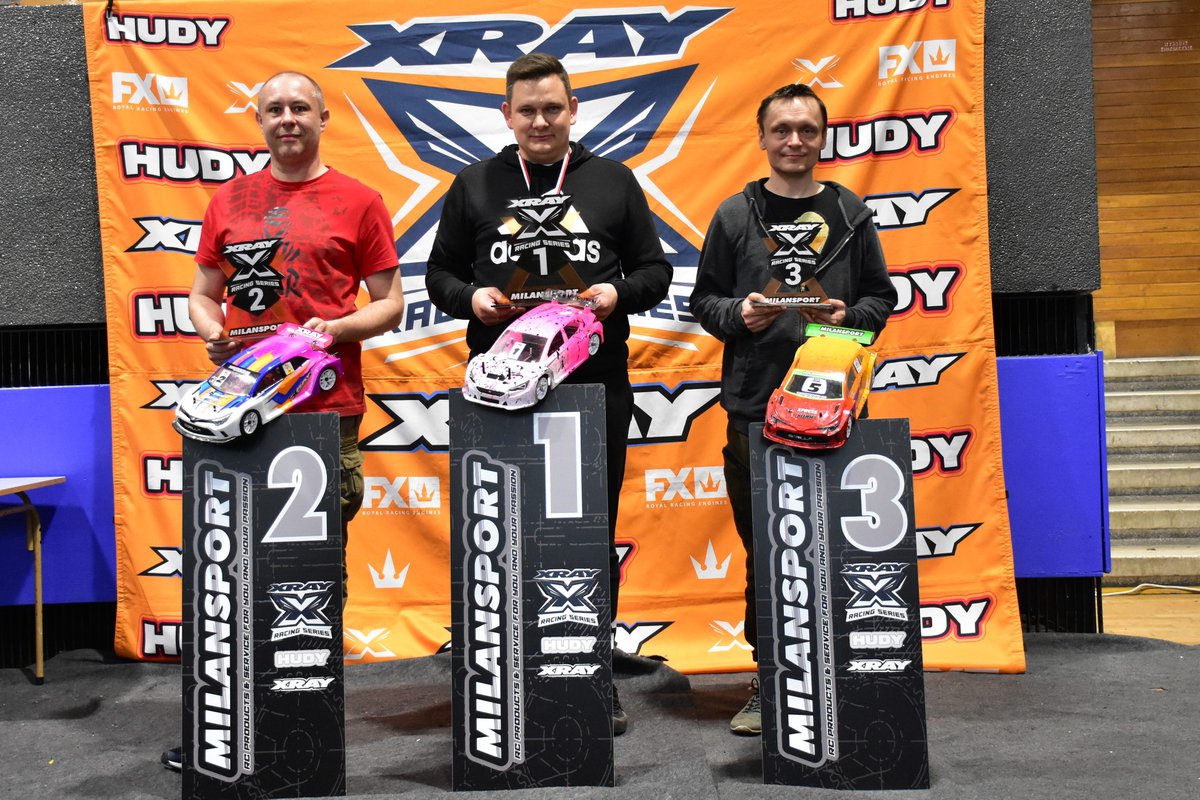 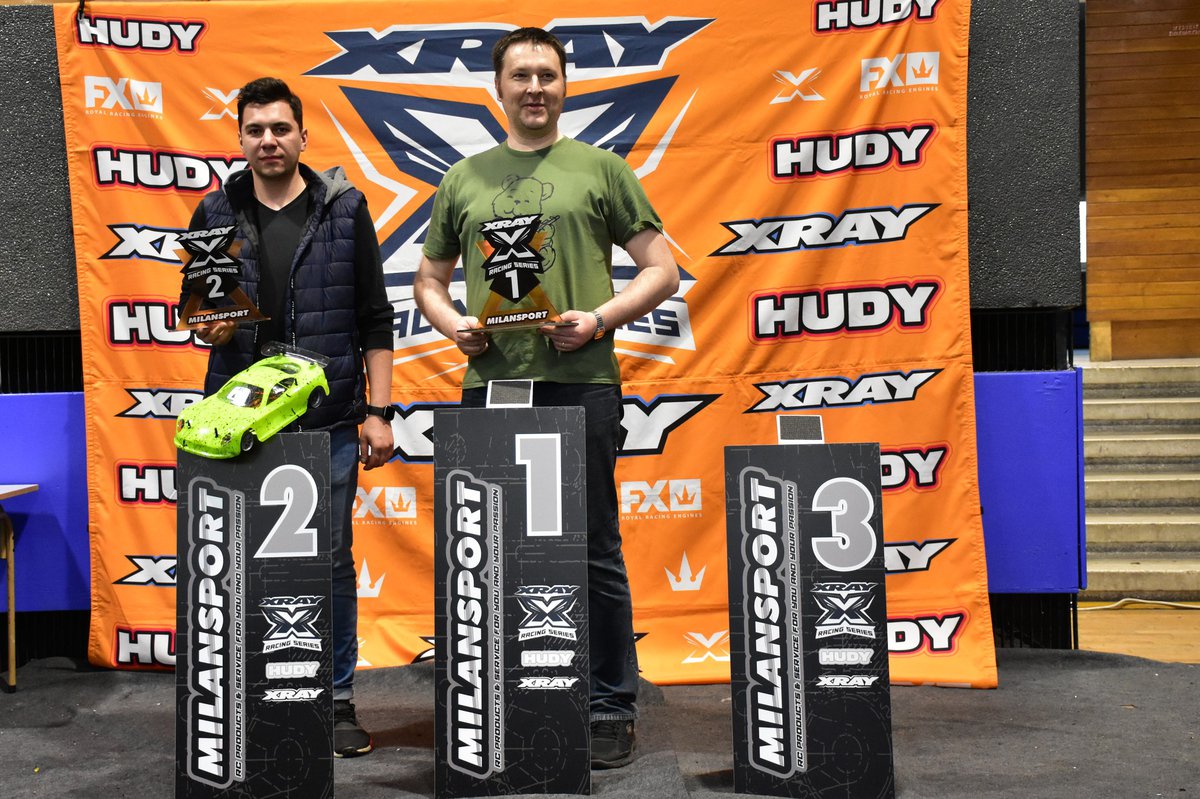 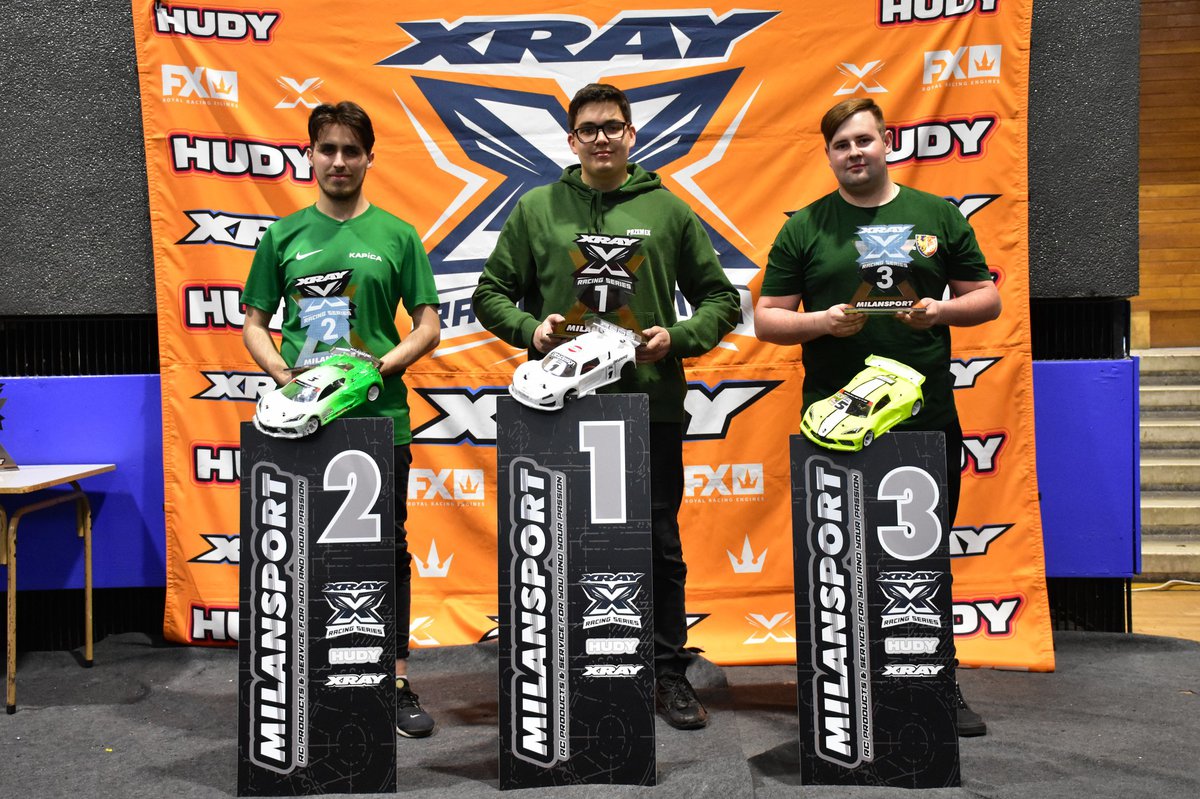 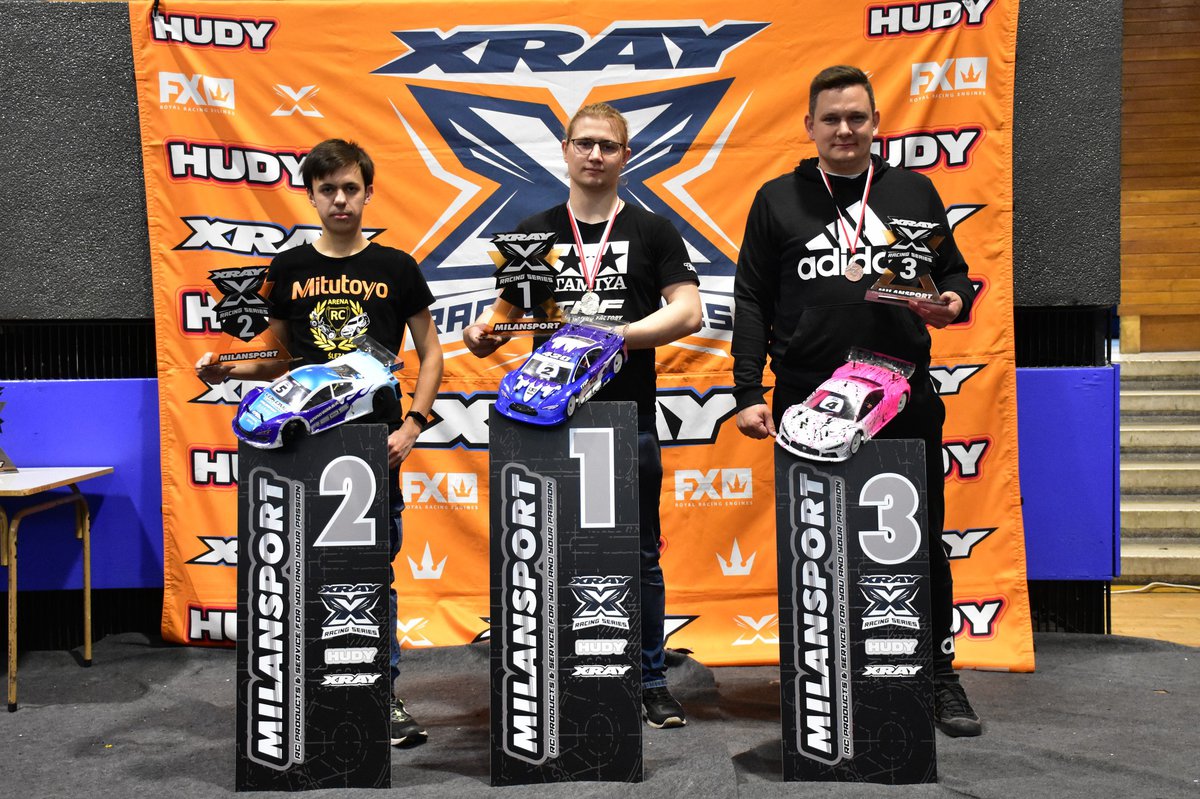 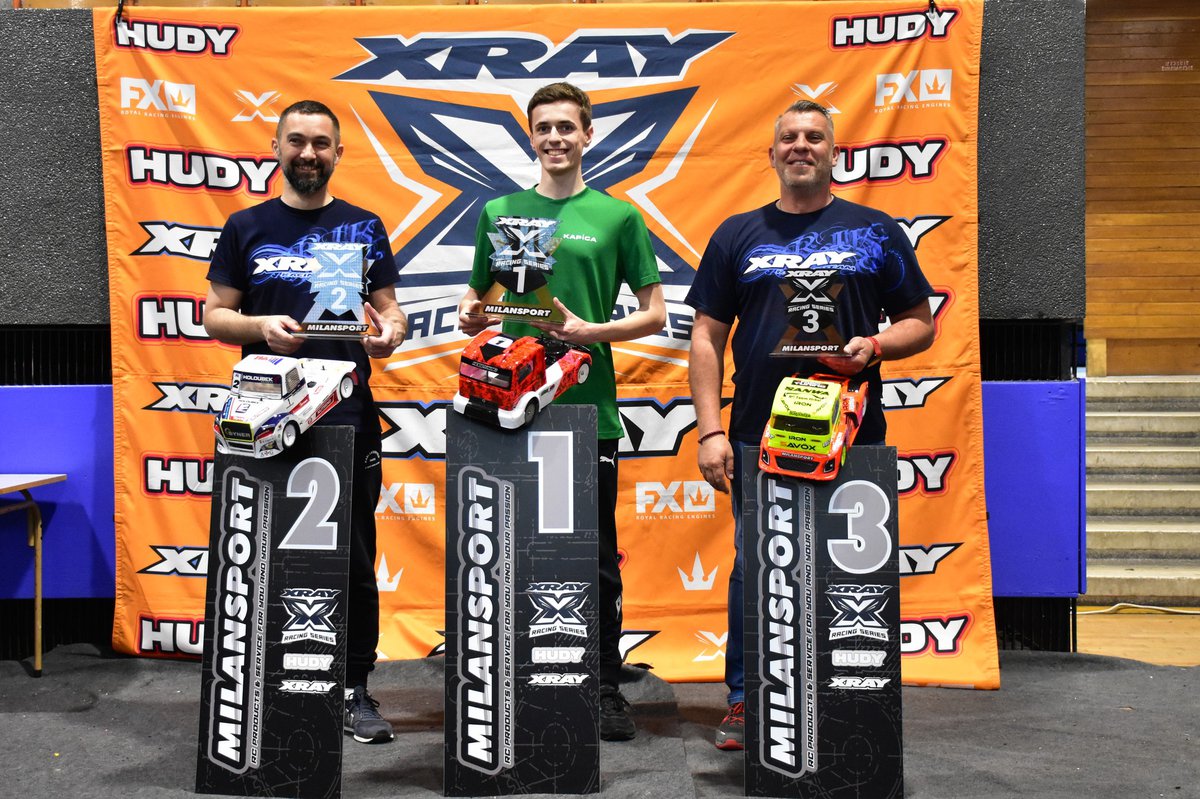