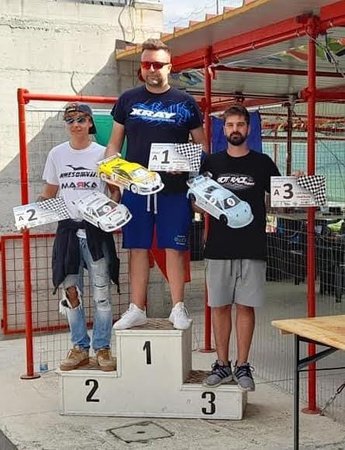 Last weekend 3rd round of Aci Italian Nats took place in Arezzo. Race started on Saturday afternoon with 3 qualification rounds while 4th round and finals were on Sunday.

X4 was on point from Friday and it allowed me to be TQ. Filippo Domanin showed great speed and consistency starting from 2nd position in front of Gabriele Berselli. I was able to confirm my pole position winning the race. Many fights and overtaking took place between Domanin, Berselli, Collina and Marrone during all finals. At the end was Berselli to take 2nd position in front of Nicola Marrone. Solid race also for Luca Torreggiani 4th with Xray.

As we expected it was a tight race between many fast drivers. In the first qualy happened what I have never seen before: Andrea Simari and Roberto Fabiano, both with new X4, won the Quali with an identical time in 5 minutes, incredible!! After all rounds was Andrea Simari to start from Pole Position, followed by Simone Alleotti and Roberto Fabiano. Andrea Simari, at the first race with Team Xray, won all finals showing great feeling with his new car. Roberto Fabiano was very consistent and, after an overtaking on the last corner of second final, took the 2nd spot on the podium in front of Emiliano Dagliana. 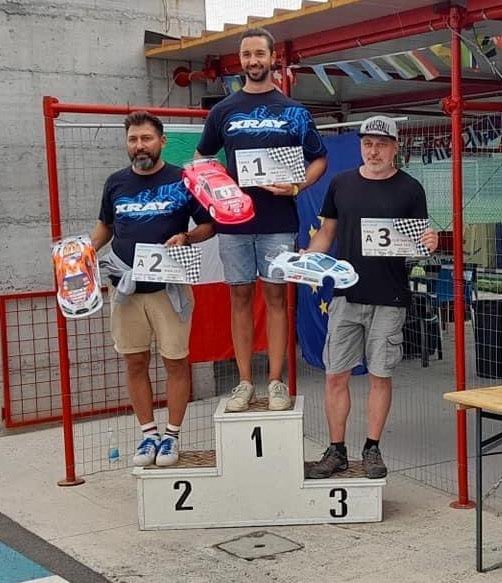 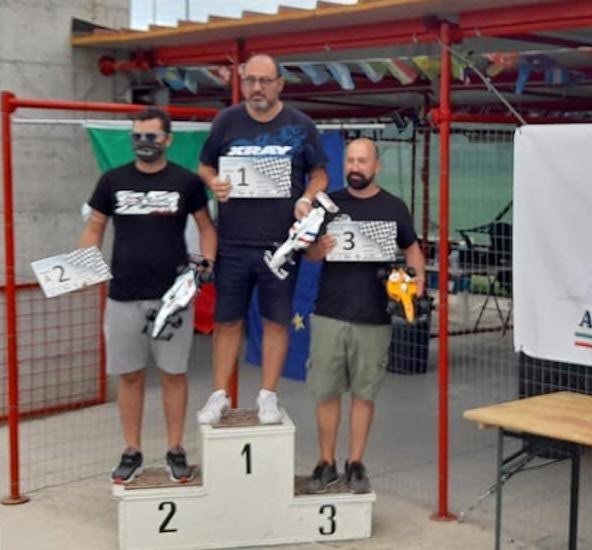